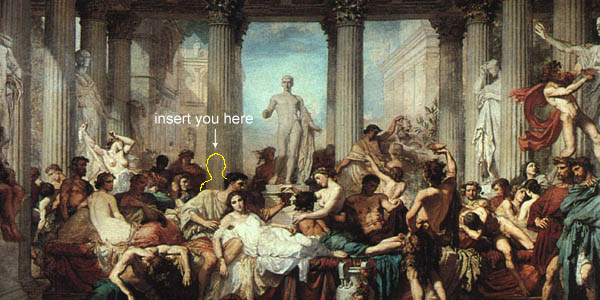 Who wouldn’t want to visit Rome at the height of the empire? Photo: Carla216

What if time travel were possible – when and where would you visit? From ancient Egypt to 20’s New York, Turner Wright offers his own historical suggestions.

Two hundred years ago a traveler had to wait months to traverse oceans. We now have the means to wake up in New York and fall asleep in Sydney, all in the same day.

The trend: travel is becoming exponentially more accessible to the common man.

But the tradeoff is that culture and history are being lost. Remote islanders maintain their outdated tribal customs merely to get a buck from the nearest walking wallet with a camera. Cities that in ancient times were considered quaint and romantic have become nothing more than identical concrete jungles.

We’re losing the remnants of human history with each passing day – why not find a means to time travel for leisure? Where would you go if you had a weekend in any city in any century?

1. Rome, Height of the Empire

No one in living memory has ever really seen the Colosseum. Whatever your religious beliefs, there used to be gods in that city; watching over the empire from their marbled countenance, and ensuring trade on one of the first greatest centers of business in the western world: the Roman Forum.

Imagine being able to walk down the epitome of civilization; they didn’t call the period after Christianity spread and the empire fell The Dark Ages for no good reason. .. 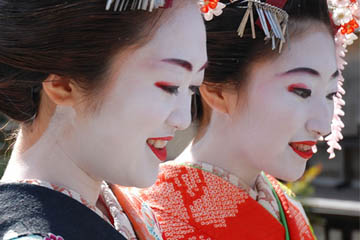 In the 1500’s, Kyoto served as the national capital and home to the imperial family. Tokyo (then Edo) was little more than a fishing village at this time, not yet placed on the map by the empowering of the Tokugawa Shogunate.

In modern times, many travelers journey to Kyoto to discover only remnants of what was once one of the most beautiful and mystical places on the planet. Back in its heyday, this Japanese city would have been the richest and most populated next to Osaka.

The predecessors to geisha gently walking in their kimonos, made from imported Chinese silk; visions of the mountains to the north and east not yet lost in a sea of grey; everything under ten meters high.

The only downside? Not much fresh fish or sushi: transporting the latest catch from Osaka to Kyoto took a while to perfect, and sushi was still in its infancy.

Back to the Future had the right idea – many people at one point imagine themselves as a cowboy or cowgirl.

Back to the Future had the right idea – many people at one point imagine themselves as a cowboy or cowgirl.

What would you give to be riding on horseback on a cool summer morning in the undeveloped expanse of the western territories? Nothing for hundreds of miles in any direction, except perhaps the whistle of a steam locomotive and wandering tribes of Native Americans.

Of course, if you go back far enough in history, any land can be considered unexplored or undiscovered, but there’s a certain romantic connotation that stirs up when thinking about the American movement to the west.

It’s the promise of the unknown – traveling towards the Pacific, having uprooted everything stable, everything civilized in the east, and seeing where the Oregon Trail took you. 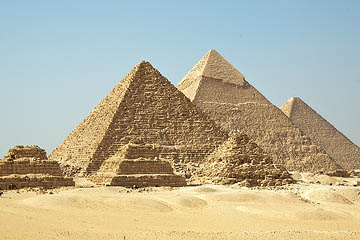 Watch the building of the pyramids and learn more about archaeoastronomy – skylights in the pyramids were carved so that certain constellations could be viewed at a set time of year.

Even the great structures themselves were arranged on the sand corresponding to the placement of three stars overhead. Discover the meaning of the Great Sphinx – who knows why it was built? Maybe some pharaoh just had a mutant pet.

Cairo will surely be hot and dry during this period in history, so remember to pack light loose-fitting clothing and plenty of sunscreen. If you wait around for another five hundred years, you might catch the finishing touches on Deir el Bahri.

“…the truth was that the modern world was invented in the Middle Ages. Everything from the legal system, to nation-states, to reliance on technology, to the concept of romantic love had first been established in medieval times.”

Everyone wants to be a knight in shining armor or a princess fair and true. Chivalry isn’t dead. In fact, if you choose to travel to London roughly seven hundred years ago, you’ll find it quite alive and well.

A walking tour of this city will let you face the first real London Bridge, providing the only access across the Thames. Canterbury Tales by Chaucer paints a rather vivid picture of this era. Many of the buildings in London we associate with medieval times were already in place: The Tower of London, Westminster Hall, Westminster Abbey.

Remember to apply insect repellant liberally, as the Black Death was known to pass through Britain and France in this century.

The origin of The Silk Road and a golden age in Chinese history, when Confucian principles laid down the foundation for society and Buddhism was just beginning to spread. Travel west along this trade route and in a matter of months, you’ll reach the Roman Empire.

As one of the largest Mayan cities on the Yucatan Peninsula, Chichen Itza was the site of human sacrifices.

Although you may not be in a temple of doom, it’s wise to heed the words of Indiana Jones and “protect your heart!” As one of the largest Mayan cities on the Yucatan Peninsula, Chichen Itza was the site of human sacrifices.

It’s true that quite a few of the largest temples are very well preserved in modern Mexico, but I challenge you to find another time or place in which ancient games that could rival basketball were played. Best to arrive before the Toltec siege.

The Buddha had about forty-five good years of teaching from the time of his reaching enlightenment under the Bodhi Tree to his death. Don’t waste them. Meeting the Awakened One and learning the dhamma firsthand would be an experience for which almost anyone in Asia would trade his or her life. Try and eliminate the suffering in your heart before your departure…

By the time the 1920’s dawned in New York City, the modern version of a cityscape was already formed: Macy’s department stores, the public library, Grand Central Terminal, and the then world’s tallest Woolworth Building.

Unfortunately construction on the Empire State Building won’t commence until after the crash of ’29, but take advantage of this period in history with your choice of taxicabs or horse drawn carriages. Watch Lindbergh start his journey across the Atlantic. Gaze at the audience of women in hoop skirts and men in all too stiff and uncomfortable suits.

One of the seven wonders of the ancient world: the hanging gardens of Babylon. As one of the first empires in human history, Babylon was built in the shadow of ancient Sumeria near the Euphrates River, and may have even been the source of the legendary Tower of Babel with its own Temple of Marduk.

I’m sure there are many asking “Why not see some dinosaurs?” Think a little practically in this impractical form of travel and question if you’d prefer camping in the late Cretaceous (and being trampled to death), or blending with the masses and observing the election of a Roman consul firsthand.

Besides, if a Tyrannosaur doesn’t get you, the meteor will later on.

You’ve been to the past, now meet travelers that we still remember tale. Read 10 Travelers and Why Their Tales Made History. Also, what other trends might we see in the future of travel? Check out 6 Predictions For the Future Of Travel.

Where and when would you go if you had a ticket guaranteeing a weekend of fun in any place at any time?

The 50 greatest campfire songs of all time
Why does ‘yellow filter’ keep popping up in American movies?
21 drinking games you can play in any bar
10 horror movie locations you can visit in real life
For the perfect day of hiking and Colombian coffee, head to Jardín

6 bars from movies that you can actually drink at

10 horror movie locations you can visit in real life

May 7, 2020 Elisabeth Sherman
✖
travelstoke
Download the mobile app
stoked by