My own spiritual journey started when I picked up a copy of Paulo Coelho’s The Alchemist. It wasn’t the first book of this kind that I had read, but for the first time, I felt open to receiving the guidance within those pages.

I don’t know whether I was just in the right frame of mind when I came across this book or whether it was Coelho’s parable about life that spoke to me, but from then on, I felt compelled to take Coelho’s words to heart, and look inside myself.

Similarly, the following twelve books have been largely influential for spiritual seekers all over the world, much as the best coffee table books are influential in inspiring our journeys. While some are more timeless than others, each will likely inspire you to further your own spiritual journey.

1. The Secret by Rhonda Byrne 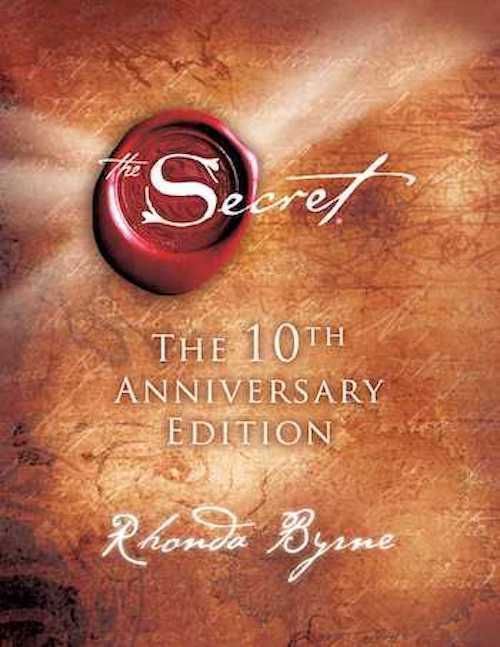 Written by Australian television producer Rhonda Byrne, and based on a documentary she created in 2006 of the same title, The Secret tells of the laws of attraction: asking for what you want, believing in what you want, and being open to receiving it.

With a basis in the 19th century New Thought movement, Byrne’s book has proven to be a cultural phenomenon, making the number one spot on The New York Times bestseller list.

While some consider the book little more than slick marketing and the re-packaging of many other spiritual beliefs, the book’s cultural significance cannot be denied. The Secret: Dare to Dream, a movie based on the book and featuring Katie Holmes and Josh Lucas, is coming out in 2020.

2. The Celestine Prophecy by James Redfield 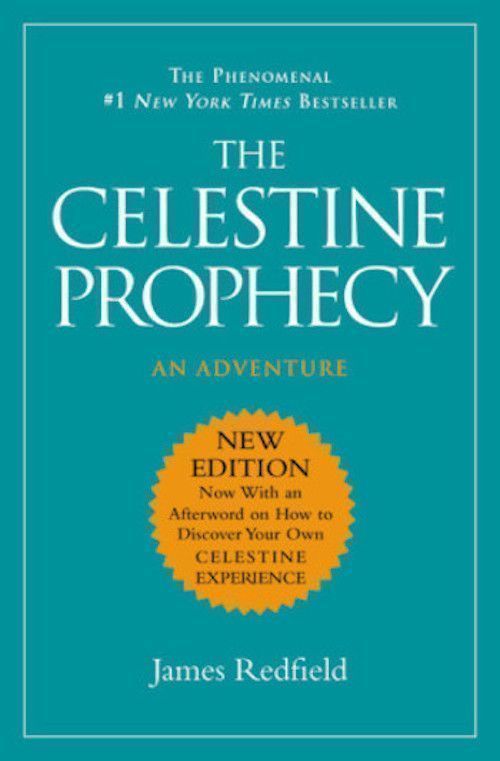 In 1993, author James Redfield wrote and self-published his first book, The Celestine Prophecy. Since its initial publishing, it has gone on to become one the most successful self-published novels ever. The novel spent more than three years on The New York Times bestseller list.

The book is part adventure story and part New Age spiritual novel. The book details one man’s journey through Peru as he uncovers nine spiritual insights. While many have found the plot corny, the insights within captivate the reader into shifting their perspective.

3. The Alchemist by Paulo Coelho 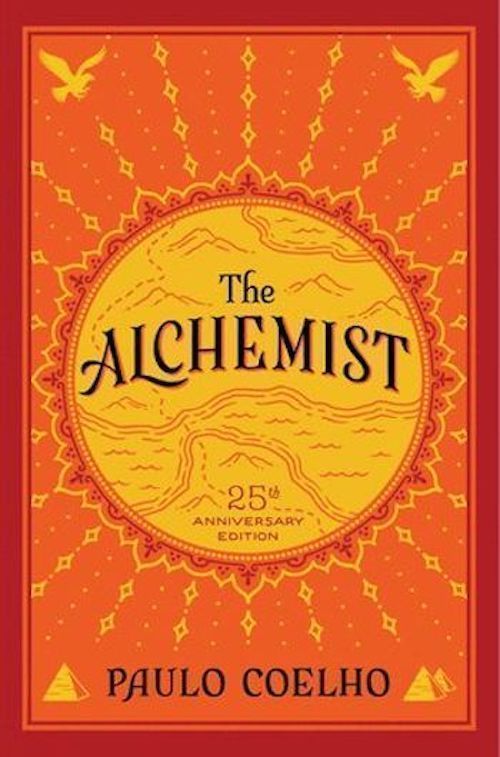 Paulo Coelho’s The Alchemist tells the simple tale of a shepherd who journeys from Spain to the pyramids of Egypt in search of a treasure. On his way, he encounters many obstacles and distractions, which he overcomes to achieve his personal legend or dream: finding the treasure. Through The Alchemist, Coelho explains how only when one devotes themselves to their dream can they reach true happiness, without regret or suffering.

4. The Art of Happiness: A Handbook for Living by Dalai Lama XIV and Howard C. Cutler 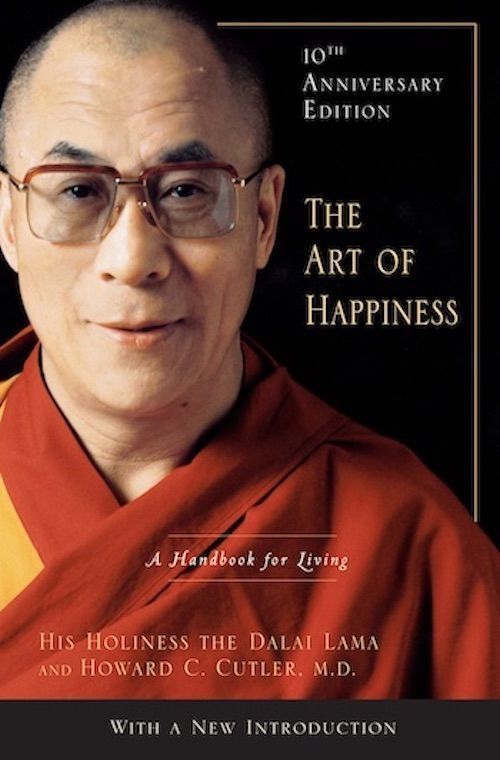 Inspired by the Dalai Lama’s joyful nature despite the political situation in Tibet, author Howard C. Cutler wanted to write a spiritual book focused toward a Western audience.
The Art of Happiness is about the importance and attainability of happiness in everyday living. The purpose of life is to find happiness, which is determined by one’s mental state, despite outside circumstances. This is a book likely to stand the test of time because it speaks to people without the use of spiritual rules or religious guidelines.

5. A New Earth: Awakening to Your Life’s Purpose by Eckhart Tolle 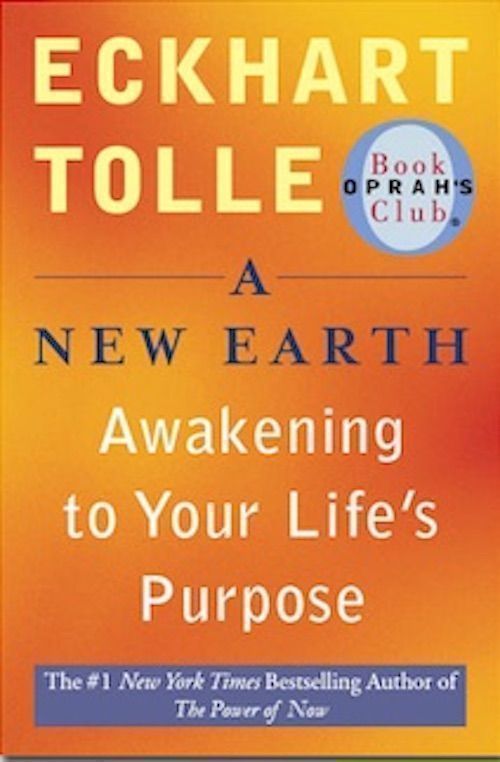 Eckhart Tolle’s A New Earth is about reducing the ego as a means to feeling the abundance of life, because the ego is the source of all inner and outer conflict. Tolle’s spiritual writing was already established and popular thanks to The Power of Now, but it gained in popularity after Oprah selected it for her book club. Since then, Tolle’s book about the awakened consciousness has influenced millions.

6. The Seven Spiritual Laws of Success by Deepak Chopra 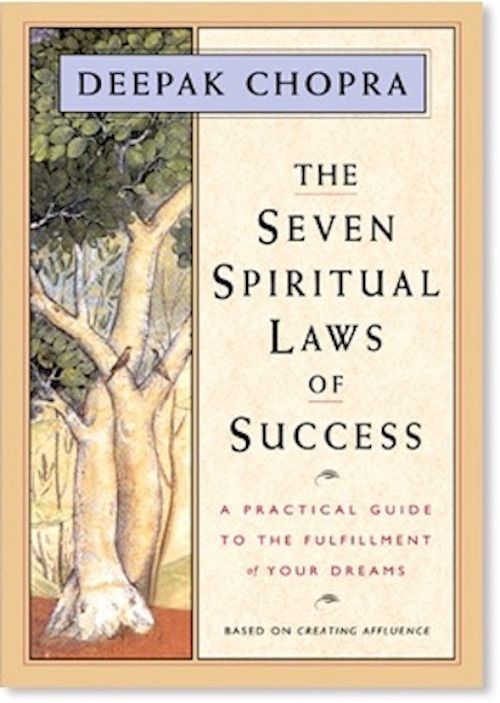 In his classic book, The Seven Spiritual Laws of Success, Deepak Chopra discusses the importance of success in life. For Chopra, success is defined as happiness and the realization of goals, although success is not limited to wealth.

Chopra lays down seven laws found in nature used to create spiritual success. These laws include karma (cause and effect) and dharma (purpose in life). Chopra’s popularity lies in the way he is able to take ancient Vedic teachings and present them to a Western audience. He sold 2.3 million copies of this book, which has been translated into 30 languages. 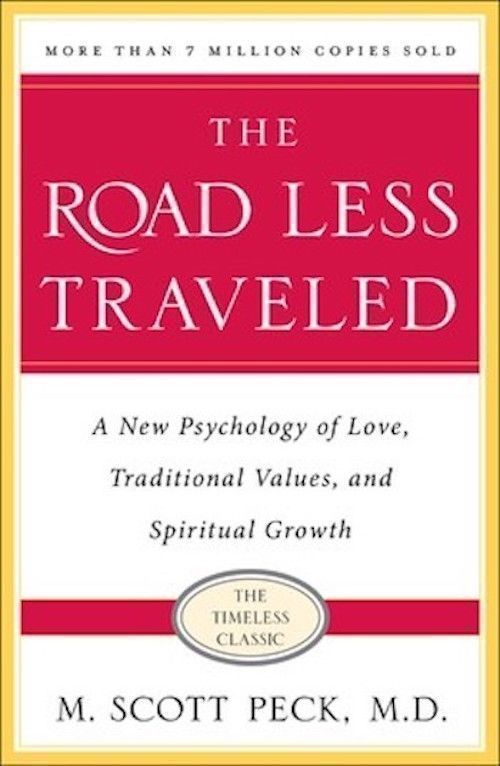 Dr. M. Scott Peck’s 1978 The Road Less Traveled takes his ideas from his background both as a psychiatrist and as a born-again Christian. His book details the attributes that Peck feels make a fulfilled human being. Split into three sections, his book talks about discipline (as a means for spiritual evolution), love (as a force for spiritual growth) and grace. The Road Less Traveled spent more than 10 years on The New York Times bestseller list. 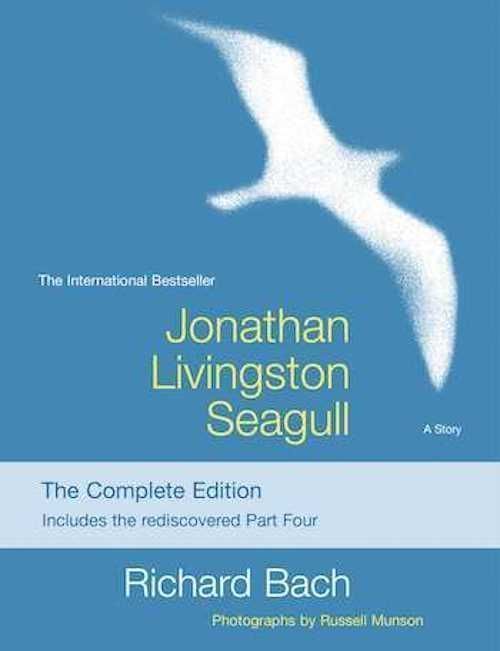 The tale has captured readers’ imaginations for 50 years. Richard Bach’s novella reveals the story of Jonathan, a seagull whose passion for flying makes him different from other seagulls. His wish to perfect his flying results in being outcast from his group. At first devastating, the experience culminates in him moving to a “higher plane” where he meets other seagulls like him, and his subsequent return to his flock. Jonathan is a symbol to all those who refuse to conform for the sake of conforming, instead teaching love, forgiveness, and how to reach your true potential.

9. Eat, Pray, Love: One Woman’s Search for Everything Across Italy, India and Indonesia by Elizabeth Gilbert 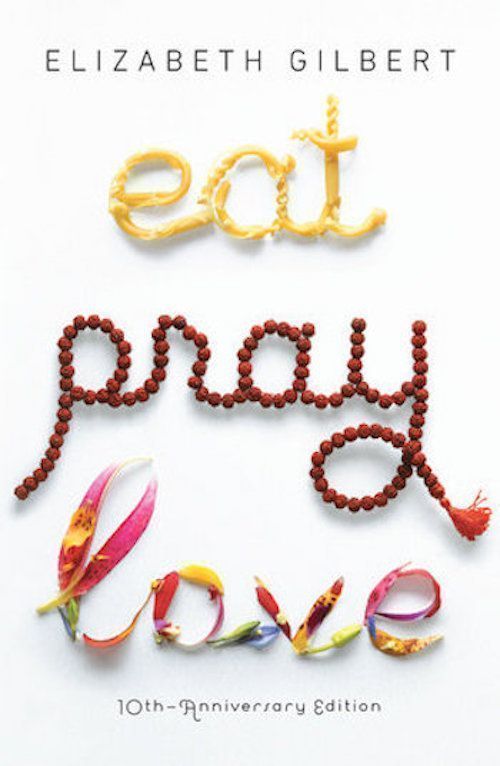 After a bitter divorce, author Elizabeth Gilbert took a year off to travel. She visited Italy, where she indulged in worldly pleasures. She went to India to learn about spirituality. And finally, ended her journey in Bali, where she was able to discover a balance between the two and find love.

Gilbert’s book Eat, Pray, Love details the spiritual journey of someone in a tremendous amount of pain to becoming a balanced, loving human. Her story has resonated with readers everywhere, landing on The New York Times bestseller list, and eventually being made into a movie starring Julia Roberts.

10. Tuesdays with Morrie: An Old Man, a Young Man, and Life’s Greatest Lesson by Mitch Albom 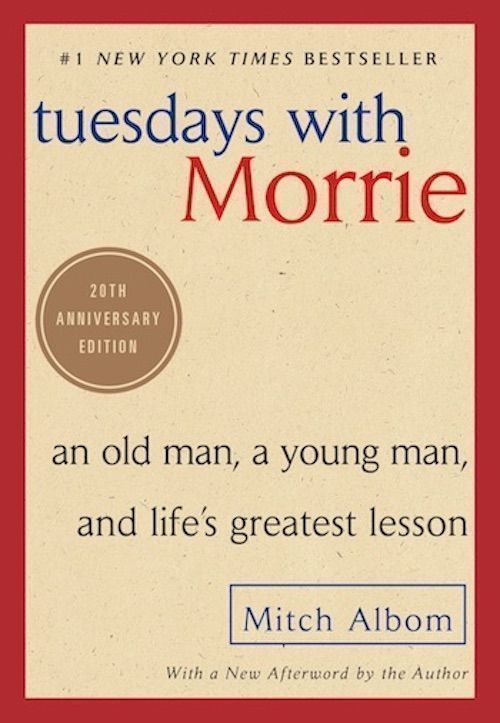 Mitch Albom’s Tuesdays with Morrie is a memoir based on a series of interviews with Morrie Schwartz, Albom’s former mentor and professor who was dying of Lou Gehrig’s disease. Even after his death, Morrie has continued to touch people as he passes on his ideas of love, shunning popular celeb culture in favor of more nurturing values. Tuesdays with Morrie has sold 17 million copies and inspired a TV movie starring Hank Azaria and Jack Lemmon.

11. The Four Agreements: A Practical Guide to Personal Freedom by Don Miguel Ruiz 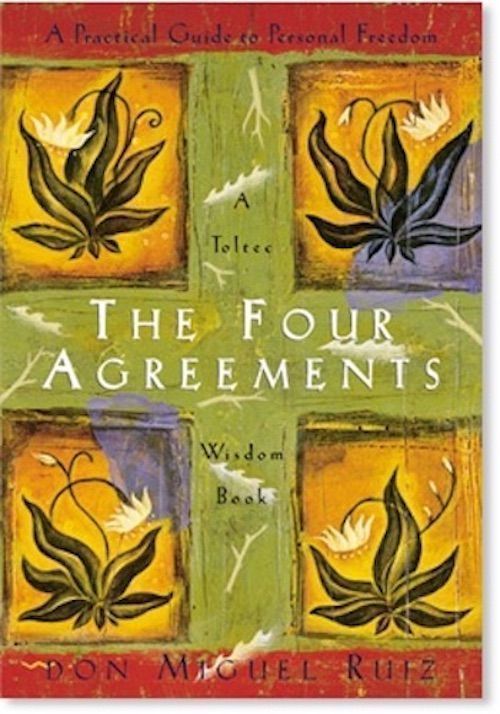 The Four Agreements by Don Miguel Ruiz is yet another gift to the world from Oprah: Ruiz’s four agreements are based on ancient Toltec wisdom and provide a relatively simple formula for living well. The four agreements are: be impeccable with your word, don’t take anything personally, don’t make assumptions, and always do your best.

Ruiz’s formula for a happy and successful life is surprisingly simple and easy to remember. Easy enough, at least, that Ruiz later decided to add a fifth agreement: Be skeptical but learn to listen. 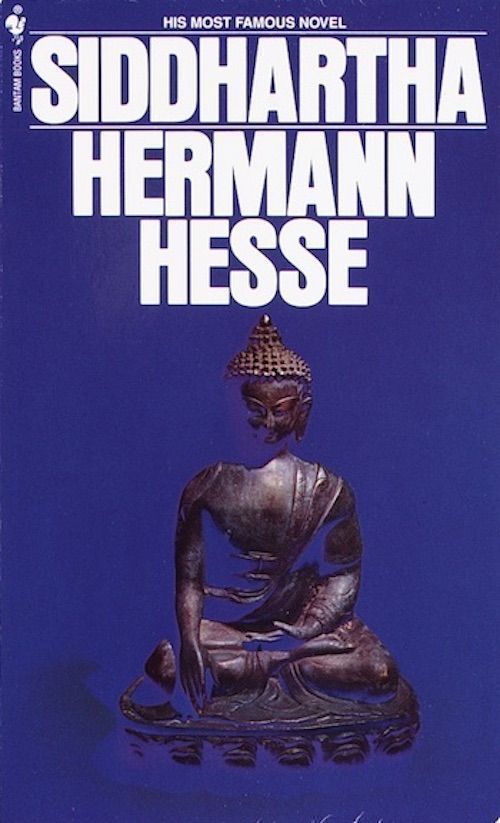 Hermann Hesse’s 1981 Siddhartha should be required reading for the spiritually inclined: It follows the journey of a young Nepalese man named Siddhartha during the time of Buddha, and his quest to find spiritual enlightenment. Along the way, he makes several attempts at enlightenment, but finds spiritual fulfillment in a much simpler way than the one proposed by all of the world’s wise men.

WellnessOur Editors Tested, and These Are the Best Travel Journals for Every Type of Traveler
Tagged
Books
What did you think of this story?
Meh
Good
Awesome