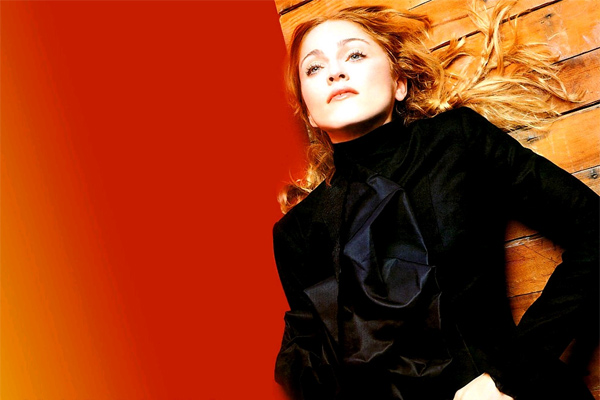 Can Madonna bring you closer to God?

I just read an interesting article by Wendy Shanker in the Guardian about why she sees Madonna as a guru. She means “guru” as in “an intellectual or spiritual guide,” not the common secular use of “guru” to describe any expert or prominent figure.

It’s fascinating to read about how someone can be moved by art (musical or otherwise) to such an extent that they liken the artist to an almost religious figure.

A Case for Madonna Worship

It had finally dawned on me what was at the heart of my fascination: Madonna could show me the way to my heart, my spirit and myself. I just didn’t know you called that a “guru”.

And how did she respond to Madonna’s spiritual calling?

From then on, I followed her advice. Be brilliant, bright and confident. Speak up when superiors take credit for your ideas. Demand respect if a man tries to make you feel small. Work hard, and take the risk. I tried to bring “brilliance” to my career and my relationships.

The History of Artist Gurus

Now Madonna is cool and all, but I’m not really seeing a lot of deep spiritual subtext in her work (and yes, I’m including her later Kabbalistic period).

When I think of real guru-like influence (to the point of worship), names like Bob Marley and Bob Dylan come up first. Marley helped inspired his country socially and politically, Dylan was a voice for civil rights in the 1960s. Many other artists, writers, and musicians have also stepped up over the years to fight for important causes. Does that make them gurus?

I would would say Madonna’s biggest contribution is probably empowering this generation of women to express themselves (no pun intended).

However, if the Material Girl turned Kabbalah evangelist inspired Shanker to embrace a path to self-discovery and enlightenment, doesn’t she qualify as a guru?

Look at the legacy of Elvis Presley. He is still worshiped like some sort of demigod in America. People were spotting Elvis at gas stations and waffle huts for years after he “died.”

With the recent passing of Michael Jackson, we’ve seen fans returning to the worship of the King of Pop. We’ve also watched generations of young girls (and boys too) reduced to incoherent tears and screams at the sight of their idols (Frankie Avalon, the Beatles, David Cassidy, Michael Jackson, Justin Bieber, etc.) As with Madonna, it seems more about the appeal of the music and the persona and less about a specific message.

In painting and sculpture, you also see this type of hero-worship every now and then. Artists like Andy Warhol blended art and artist into a persona that was just as important as what was on the canvas.

Can art illuminate the spirit? Who gets to judge what kind of art is worthy of spiritual value? Is Madonna as moving as Mozart or Matisse?

What must it be like for creators who start out driven by the love of the art, only to see their work actually change the meaning of peoples’ lives and inspire spiritual evolution?

What artists (musical or otherwise) speak to you in a profound way?

Tagged
Religion Entertainment
What did you think of this story?
Meh
Good
Awesome

The Japanese folk art of sashiko mending is a stunning answer to our modern woes 7 ancient ruins in the UK beyond Stonehenge On Japan’s Seto Islands, the art is fun, modern, outdoors, and everywhere What the Finnish concept of sisu, or inner strength, can teach us 30 awesome Japanese idioms we should start using in English