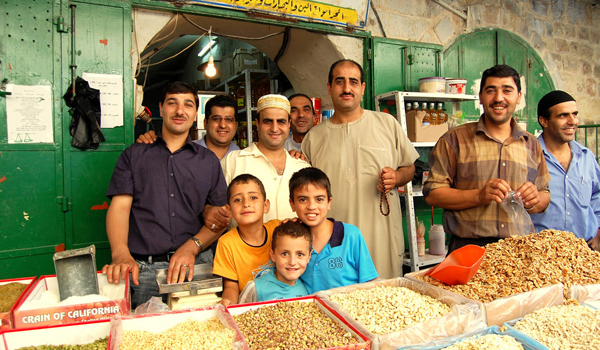 All photos by ssrashid84
Checkpoints, soldiers, and guns: take a political tour of this controversial territory.

“Are you carrying a weapon on you?” the young Israeli soldier asked as we approached the middle of the Jewish settlement in Hebron.

“No,” my friends and I quickly replied, assuming that he was asking a routine security question.

“Well you don’t want to go any further up that road unarmed.”

I exchanged a nervous what-the-hell-does-that-mean glance with my girlfriend. He must just be kidding – messing with the stupid tourists, right?

Suddenly there was a series of rapid “pop pop pop” sounds from up the hill. “Fireworks?” I asked.

“No, that’s us returning fire. They were shooting up at us before. So you still want to keep going?” the soldier responded, half smiling because he already knew the answer.

But for a small minority of visitors, the conflict itself is the reason for visiting, spawning a nascent political tourism industry.

Israel attracts over two million tourists every year, making it one of the world’s great tourism destinations.

Backpackers, Christian pilgrims, heritage-seeking Jews, history buffs, and nature lovers all flock to a wide range of unique sites in the Jewish state.

For the vast majority of these tourists, the volatile political situation is at best a nuisance which fills their trip with security checks and at worst a reason to postpone or cancel the trip altogether.

But for a small minority of visitors, the conflict itself is the reason for visiting, spawning a nascent political tourism industry which gives visitors the chance to see behind the headlines and into the heart of the seemingly intractable conflict.

Traveling into the Palestinian Territories of the West Bank takes a bit of extra grit and patience, but those willing to take the plunge are rewarded with a first-hand look at one of the defining international issues of our time. 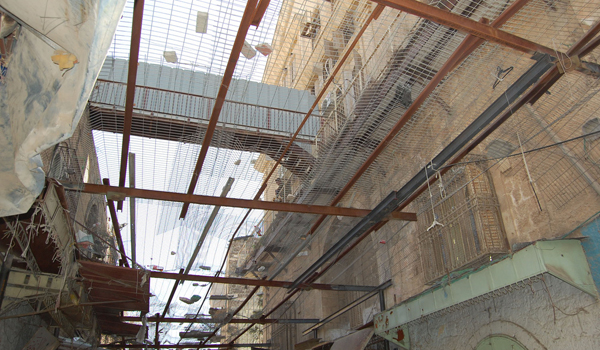 View from an Arab market below a Jewish settlement

Anyone with even a casual interest in the news is constantly barraged with information about the Israel-Palestine conflict. This has led to the instant association of the Palestinian Territories with suicide bombing, and thus a knee-jerk reaction that any visit inside the area is a highly risky endeavor.

Anyone with even a casual interest in the news is constantly barraged with information about the Israel-Palestine conflict.

In fact, although Hamas-controlled Gaza remains off-limits to tourists, the Palestinian Authority-controlled West Bank is quite accessible and generally quite safe.

Although violence does flare up, it rarely does so in a way which would affect visitors, and even though my trip coincided with a small skirmish no one was injured in the end.

Palestinians are exceptionally welcoming, and I experienced nothing but a constant refrain of “ahlan” (“welcome”) while walking through various West Bank cities.

A visit to cities such as Ramallah, Hebron, Bethlehem, and Nablus allows visitors to go beyond the terrorism clichés of the nightly news and into the reality of the situation on the ground.

A trip to Hebron, 30 kilometers south of Jerusalem, presents a particularly stark and memorable picture of the tense state of affairs.

Life In The Right Wing 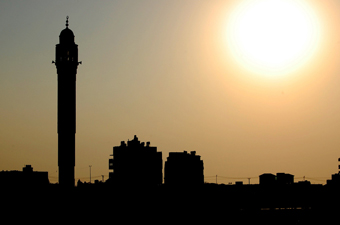 The Jewish settlement in the city sits literally on top of the Palestinian market, separated by a jagged horizontal cage to prevent rocks from being hurled down below and making for a surreal stroll through an otherwise typical Arab market.

A walk into the settlement itself gives a glimpse of life on the extreme right wing of Israeli society.

You can even walk right into the ruins of a home demolished by the Israeli government after settlers holed up and refused to move out. After experiencing the situation for yourself, you’ll never watch the international portion of the nightly news the same way again.

Like any form of “backstreets” travel, the nature of political tourism does raise the question of where the fine line between tourism and voyeurism lies.

Similar charges have been levied against so-called “slum tourism” which brings Westerners to the world’s poorest places so that they can snap a few pictures of photogenic misery before heading back to the comforts of home.

However, whereas slum tourists are simply “experiencing” first-hand the images of poverty that they’ve seen so many times on T.V., political tourism (when done correctly) involves understanding the situation behind the images in order to gain an entirely new perspective on a situation.

A day trip certainly cannot cover all the complexities of the situation in the West Bank, but it still goes a long way towards getting past the 30-second clips and soundbites on the conflict spoon-fed to us by the media.

See It For Yourself

Although I visited the West Bank with friends living in Ramallah, there are a few tour agencies which take groups to various destinations in the region.

Fred Schlomka runs Alternative Tours in English, a social enterprise which organizes a number of trips into the West Bank as well as in Israel west of the Green Line.

The Israel-Palestine conflict is an essential part of the political and social dynamic of the entire Middle East.

His company gives tours to about 150 visitors a month, which he says is a way to “help people see the reality of Palestinian life under occupation, and also give them a taste of Palestinian culture.”

Rather than voyeuristic and unproductive, Fred, who has worked extensively with non-profits to help the Palestinian people, finds political tourism to be “a vital service to visitors so they have an opportunity to see the country in a safe and professional manner.”

Some of his tourists, who mainly come from the US and Western Europe, have later gone on to become involved with political and development projects in the region.

The Israel-Palestine conflict is an essential part of the political and social dynamic of the entire Middle East.

For those who pride themselves on partaking in the eye-opening and self-educating aspects of travel, political tourism in the West Bank is an experience not to be missed.

The best island in the Caribbean for every type of traveler
9 tart and sweet traditional lemon desserts from around the world
The 10 least-visited national parks in the US, and why you should go
Everything you need to know about visiting the Dominican Republic this summer
Diversifying the lineup: changing the white face of surfing