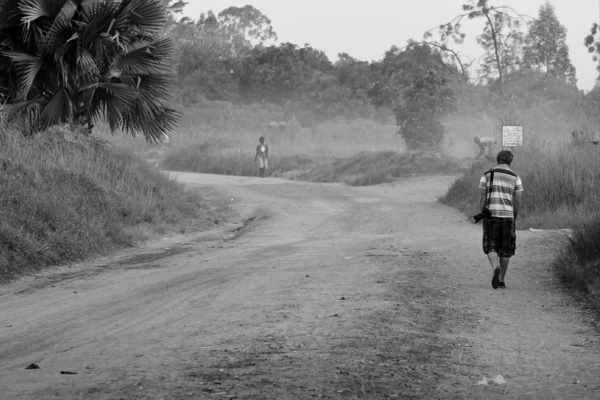 Photos by the author

Returning from a photojournalist gig in Northern Uganda, Richard Stupart finds it hard to go back to the life he left behind on departure.

LIGHT AND DARK is a simple analogy for so many things. Waiting at the baggage counter for my pack and pondering the miles of home beyond the exit gate, I think I would have done well to consider how light and dark interact. How they manage, in a way, to make each other. Allow you to see what it is you have left and what it is you are moving into. Your eyes adjust until someone opens a bright door and you hurt.

I didn’t think any of these things at the time. Instead, I wondered why, for the first time returning from a journey, I felt panicked.

I couldn’t make sense of that reaction two days ago, and withdrew into a pattern of sleeping, checking email, and avoiding people. Mostly avoiding people. Avoiding people and their peopley things. The malls. The weekend get togethers over drinks. The five/two rhythm of salaried working life and the stories that come to make up its universe. 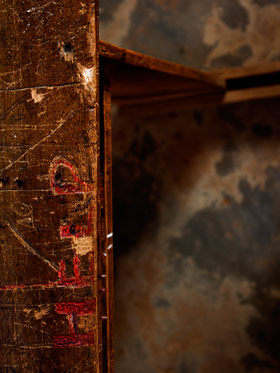 Mostly, I didn’t want to have to talk about the last two weeks. “How was it?” is a question so easily asked, but the weight of the explanation that it compelled me to give was just too large. Too inappropriate.

Ten minute appraisals in the middle of everyone else’s weekly story seemed too disrespectful. A full emotional explanation would be impossible. An attempt to give one would be poor conversational etiquette.

Would lower the mood.

Nobody wants to hear about people who lost their limbs or their children. The old lady who gets wet when it rains because she is too old and doesn’t have the money to reach and repair the bullet holes in her tin roof. The interview that becomes hard to track which daughter was raped when.

Maybe that is why nobody asks how it was. It’s easier not to know.

And it’s easier for me to believe that than to think that nobody really cares about these characters from another world.

Except that they aren’t simply characters. They’re not only points of intellectual interest, or a platform for a discussion about the merits of this type of development aid versus that type. They are living, breathing, acting people that could so easily be assisted in the lives they are trying to fashion for themselves and their children. Not help, like some anonymous charity. Some unit expense to salve a conscience. But to assist. To work with. 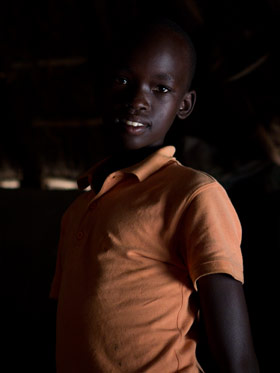 They are friends you haven’t met yet. People you might actually quite like. Might laugh with. Might come to care about. They are as real as the people we cry about when they break up with us, or lend a hand to move their house, or drop their kids off somewhere.

Except that they are more than a thousand miles away, and so they can’t make friends of people like you or me.

Before I left, I thought it would be a journey into darkness. To meet the people that the Lord’s Resistance Army did their terrible deeds to. I thought that there I would need to struggle emotionally. And yet I recall mostly laughter. Smiles and new friends. People who gave their time freely to talk about all sorts of things.

Yes, the painful things. But also the dancing. People coming over to play the harp for us. To tag along on an election campaign rally. To show us fat piglets and kids who laugh a good deal more than many I have seen at home.

It has taken two days since returning and a great deal of soul searching to realise that I had the metaphor wrong. There is no darkness there. No place deserving of a divine, benevolent light. Instead, the darkness lies here. Lies at home. In the fact that we aren’t interested in the stories of the places like Gulu.

It lies in the way this world smothers the stories of the lives of these people and reduces them to simple silhouettes that we can deal with in the coins we pop into an aid collection tin. In darkness, it’s difficult to see the texture and fine detail of a place. Of people. In darkness it’s hard to relate as equals, one to another.

Every story I was told. Every life shared and memory created together in Gulu is a little piece of light in the blindness of the world beyond the airport arrival gate. I can see it now in the undeniable detail that each renders about places and lives that – in so many senses of the word – we cannot see from here. If the metaphorical light needs to be brought anywhere, it needs to be brought here – to the places where we are blindest.

Have you ever had trouble translating your experiences while traveling – both to yourself and to others? What worked to help you cope with the difficulties of return?

On My Way To Work: Gulu, Uganda

May 27, 2010 Andrew Morgan
✖
travelstoke
Download the mobile app
stoked by