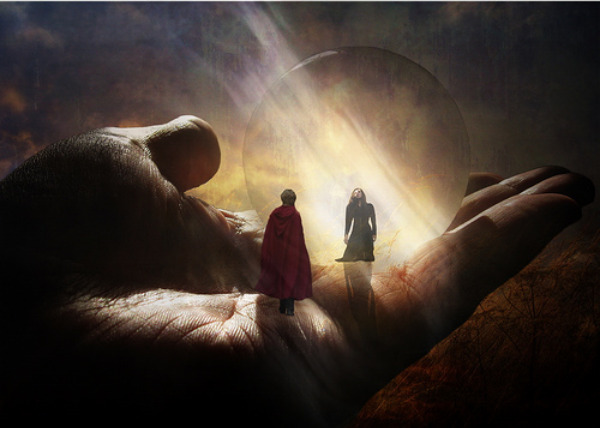 Leaving the comfort of home and entering another world calls for a hero ready to commit to the unknown.

Joseph Campbell returned home from his studies in Europe soon after his twenty-fifth birthday. Inspired by the brilliant tapestry of thought he encountered there, he planned to combine modern art, medieval literature and Sanskrit into a single doctoral thesis.

This prompted Campbell to abandon doctoral work completely, leaving him without a clear direction in his studies or his life. Two weeks after his decision, the Wall Street Crash of October 29th, 1929 left millions of Americans suddenly destitute.

Yet Campbell was about to embark on a quest – one which would endure throughout the Great Depression to generate a remarkable new vision.

Committing himself to an arduous program of private study, he buried himself in books for twelve hours a day, supporting himself in the evening by playing sax in a jazz combo. After five years of rigorous self-education, he emerged a formidable authority in comparative mythology and religion, fusing philosophy, psychology and anthropology with – sure enough – art, literature and Eastern studies.

The Role of Myth in Everyday Life 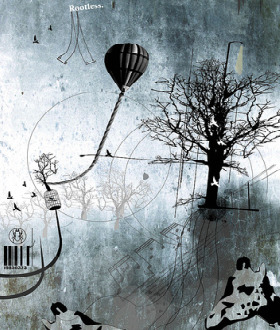 One of Campbell’s great talents was to connect seemingly unrelated ideas into harmonious design. His most influential work came from linking archetypes, or fundamental human themes, to myths from around the world.

Campbell believed myths were more than just fanciful stories – they were guides to dealing with the mysteries of existence.

What is the best way to live? How do we explain the natural forces all around us? Where do we fit in the grand scheme of life? Myths provide grounding beliefs for these questions.

Though many of the ancient tales seem absurd to modern sensibilities, we still invent our own myths to function in a world of unknowns. And, because these problems are inherently human, we confront them in ways which follow similar patterns.

Campbell discovered that no matter where they originate, hero myths follow a consistent outline he called the Hero Monomyth – a template that applies not only to mythic tales but to our own lives.

In essence, this means any journey or life-altering event can be seen as a heroic quest. The Hero Monomyth offers points of reference to help orient the traveler with a meaningful experience of life. Depending on the level of involvement, journeys can be deeply transformative.

According to Campbell, a hero’s journey follows three stages:

Separation has five substages, each of which addresses an element of crisis in leaving home for the “undiscovered country”. It should be noted that not every theme will appear. Every journey is unique, as well as the lessons they teach.

The Call to Adventure

The hero receives a “call” to action, a prompt to leave the comfort of home for something more. Whether literal or figurative, the call may come in as many forms. The hero may be lured by curiosity to a strange new place, awaken to a new situation, have no other choice but to adventure, take a “wrong turn”, or suffer a significant loss.

The call carries with it a sense of destiny. Sometimes it is announced by a symbolic herald, or perhaps the “invitation” is misunderstood at first. Regardless, transformation begins at the hero’s discovery of need – something which may cause great distress or confusion. 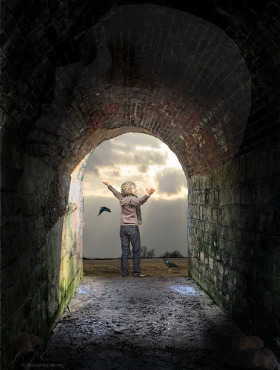 Refusal of the Call

In many cases, heroes are reluctant to face impending destiny – instead of answering the call, the hero hits the snooze bar.

The longer a hero denies fate, the more they or their loved ones suffer. This “converts the adventure into its negative,” and the hero becomes a victim to be rescued. Often, heroes are unaware of qualities that mark them for the quest. To join the adventure, heroes must escape the paralysis of doubt, or act in spite of it.

After accepting the overture of destiny, a hero may encounter a helper with unique insight. Their purpose is to aid the journey with protective knowledge and tools. The patron appears mythically as a little man of the woods, a good fairy, a kindly crone, a blessed virgin, a respected wizard, or an innocent bystander. With luck, the hero will recognize an aide’s form when it arrives.

The Crossing of the First Threshold

The hero crosses the barrier separating the ordinary from the fantastic, a symbolic commitment to face the unknown. The crossing is seen as a subtle but meaning-laden “coincidence of opposites”, an intersection of normal and exotic, comfortable and alien. Defending the boundary may be a “threshold guardian” that chases off casual or unprepared travelers. Part of the test ahead is to respect the nature of the guardian – secretly, an embodiment of the hero’s fear.

The Belly of the Whale

Once past the barrier of extremes, the hero enters the Outlands: a dreamlike, hyperreal place where rules no longer apply and nothing can be assumed. This stage of “passing beyond” is key to a discovery of purpose; from outside, it resembles a kind of annihilation or death.

The new world reveals a fullness and dimensionality of life to the hero.

A hero’s task is to integrate the personal and cultural ghosts.

But the “betweenness” isn’t entered into lightly; the foolhardy or overconfident are soon undone. A hero’s task is to integrate the personal and cultural ghosts projected in this realm: some cannot, defensively blocking out the full experience.

Without honoring their commitment, there’s little to save the hero from defeat. But for others, their potential awaits.

What do you think of Joseph Campbell’s Hero Monomyth as it pertains to travel? Share your thoughts below.