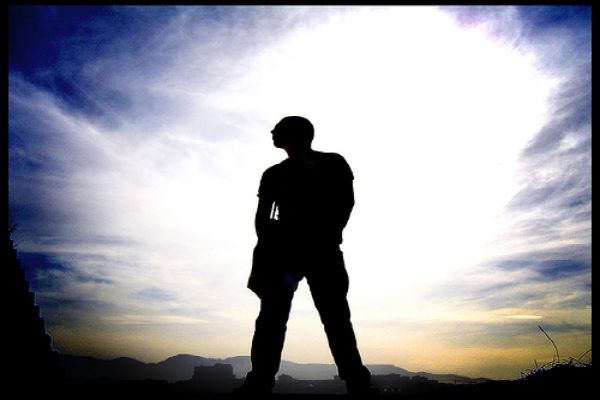 Travel is a fundamentally human activity, practiced around the world for thousands of years. It’s about discovery – the passion of following where an unknown road will lead us – and it can reshape how we see the world and ourselves within it.

The same can be said about myth. The reasons for travel are identical to why we study myth: to explore new ways of life, to learn more about the world, and to better understand the nature of human imagination.

What no mythologist before Joseph Campbell recognized was the relevance of myth to issues of contemporary living. He was keenly aware that myth can speak to the modern world. The key is to view myth as a metaphor of spiritual instruction, rather than historical fact. Campbell believed fixating on literal readings leaves us blind to underlying messages. Myths provide existential signposts to navigate by, and they should be read symbolically, not factually.

For example, imagine a man getting ready to go to work in the morning. He kisses his wife and says, “I’m off to slay the dragons.” Certainly we understand his meaning – he’s going to face the day’s challenges, not to chase down oversized lizards. He casts himself in the metaphoric role of a hero.

However, if he walks out the door with a sword in hand, he has taken the metaphor literally. The problem isn’t only that this is inappropriate for the office, even on casual day. By recreating the image literally, he misses the point of the heroic image – the deeper meaning of the figurative message.

Where the Mythic Road Leads

Campbell’s hero endures mythic themes in their journey, and some of the most profound are encountered in the world outside home, or “Dream World”. Echoing the spiritual experiences of many travelers, Initiation to the mystery involves six stages: 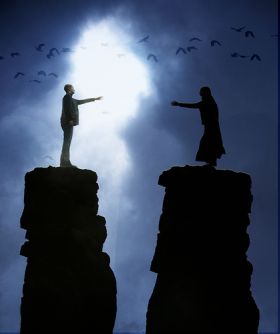 1) The Road of Trials: The Dream World represents the proving grounds of the hero’s aptitude. Marked by a fair amount of stumbling, the hero faces surface challenges of every kind: mental, physical, emotional, ethical, devotional, and so on.

The trials of the volatile dream realm are preparation, a chance to learn the rules. Heroes may suffer the return of doubt, but facing these obstacles proves the hero’s worth. Only those who “talk the talk and walk the walk” can progress to future stages.

2) The Meeting with the Goddess: “Woman,” wrote Campbell, “in the picture language of mythology, represents the totality of what can be known.” A common feature of the Hero’s Journey is to encounter divine feminine insight, interpreted as “true seeing”.

Though traditionally depicted as male, literal translation of the hero’s gender is not the message. Spoken in today’s dialect, the theme of this stage is to harmonize masculine action with feminine mystique, uniting both aspects of the hero’s identity without one facet overwhelming the other.

For a hero too soft or gruff to the union, the journey becomes anti-heroic. Execution and essence must be balanced to bring the hero’s identity into accord, without losing grace or potency. Vigor becomes brutishness, charm becomes conceit, if one side overshadows the other.

“A great mind must be androgynous.” –Samuel Taylor Coleridge

Only by display of the “gentle heart” do heroes and heroines court their “missing half” – a step which affirms the full range of the engendered psyche.

3) Woman as Temptation: Arguably not part of every journey, this stage refers to the ever-present libido. Campbell regards the issue of sexuality as critical: heroes mustn’t be lured either from the journey or their own identity. Embracing the goddess of knowledge, a hero is also made conscious of the “impurity” or “carnality” of contact across borders – movement is sexual.

Often a prelude to union (some might say reunion) with the goddess, the hero must deal with enticement from the path. Like a flame with the power to help or harm, respect for the union must be paid. Walling off the dark side creates stress, while contact with the radiant source of life burns and corrupts the hero’s higher self. The conflict is to stay in control – resisting the siren’s lure is freedom to choose, versus servitude to personal demons.

4) Atonement with the Father: This stage begins the climax of Initiation: to amass the final powers needed to assume the mantle of the role model. In simpler terms, it’s to say, “I can do it myself” – to change potential into confidence.

By incorporating the symbolic position of father (or mother, if female), the hero also integrates a model of the “law” – the law of how to live on one’s own terms. Campbell described this stage as developing the vital wisdom for the final prize to complete the Initiation. He saw it as a form of atonement (“at-one-ment”) with one’s potential, to see the parental figure as a mortal keeper of wisdom, not an unapproachable warden. 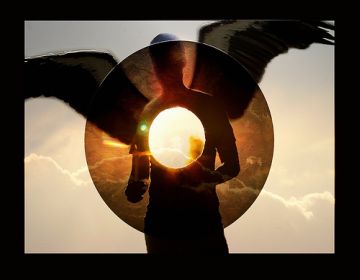 “The hero transcends life with its peculiar blind spot and for a moment rises to glimpse the source. He beholds the face of the father, understands – and the two are atoned.”

5) Apotheosis: Apotheosis means “to become godlike”. The responsibility earned in the previous stage opens the hero to a new way to relate to life, the final step needed to face the “shadow-self” – the greatest threat to the hero’s character.

This is an encounter with a kind of death: a death of innocence, of “what-was”, similar to the passing on from home into the Dream World itself. The “way things were” is shattered and reintegrated; the ego dissolves and recrystallizes in a new awareness – a rebirth. The hero encompasses their naïve past, the present of their new role, and direction of the future with the fresh power they now control.

6) The Ultimate Boon: In the rebirth, the hero wins a spiritual prize. Often depicted mythically as a magic elixir, cup or device that grants immortality, endless food and water, or healing, it may also appear as treasure or a powerful new awareness. Yet these are still symbols of the boon’s real meaning: an end to suffering, to mend a rift or heal a wound. The prize supports the sense of harmonious life, and the true essence of the reward is to move beyond symbols to revelation.

The boon confirms myth as a means to link individuals to the causes of their communities.

A gift to be shared, the boon confirms myth as a means to link individuals to the causes of their communities. But the revelation presents a new barrier: how to connect the new self to the life left behind. The journey becomes a mirror of itself: having translated Dream World, the hero must relate their insight to the departed Ordinary World. The journey is not yet complete – the decision of where to establish home is considered in the next phase, Return.

Have you experienced travel similar to Campbell’s mythic journey? Share your thoughts below.

Japan will partially pay for domestic travel so you can explore more of the country Get paid $20,000 to drink beer and hike the Appalachian Trail The TSA has a new rule for snacks in carry-ons. Here’s why. How one wildlife photographer captured this award-winning shot Loop from Boston to California and back on the ultimate US train trip
✖
travelstoke
Download the mobile app
stoked by