View all travel news
Top Countries
Top CitiesView All Destinations
Trending Regions
Trending Cities
Load More
Turns out not everyone loves Americans. For Rachel Friedman, the shock of seeing her nation from abroad led to feelings of betrayal, denial and awakening. 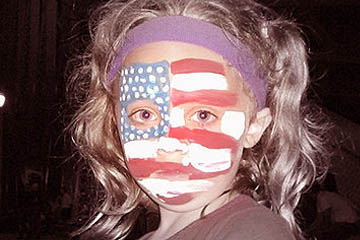 My first solo trip abroad was less than a year after 9/11.

Life in the U.S. was still tense, especially on the East coast, where I was a junior in college.

Airports were enveloped in almost sanctuary-like silence. While I waited to board my flight to Dublin I watched people remove shoes and sweaters and belts.

Women hadn’t yet learned not to wear knee-high boots or anything with complicated laces. Security guards went through their motions with heavy, serious expressions.

Tomorrow I would be in Ireland for the start of a long summer away from home and I felt a distinct sense of relief when the U.S. gave way to the Atlantic Ocean.

I thought that, in addition to leaving behind all of my personal worries (like what to do now that graduation was approaching, or how to heal my failing relationship), I was also leaving behind some of the cultural worries you couldn’t help but absorb in the United States in 2002.

I was going to escape my American identity and cultural baggage. In Ireland I would reinvent myself completely.

It’s true that I was temporarily able to detach myself from the personal decisions and messes I left behind in the U.S

Now that I’m a little bit older and a little more travel-savvy, I realize that my idea of complete escape and self-renewal was naive.

It’s true that I was temporarily able to detach myself from the personal decisions and messes I left behind in the U.S. For four months, I managed to ignore the aspects of my life back home that no one in Ireland knew about.

However, I soon found that escaping my cultural life and American identity in Ireland proved impossible from the outset.

From the moment I landed in Ireland and opened my mouth to ask directions, I revealed my nationality and, given the current state of world affairs, there was no denying my American roots.

In fact, now that I was a foreigner, I felt more American than ever, since in my own country I took this part of myself for granted.

A New York State Of Mind

In Ireland, when I told people I was from New York, sincere expressions of sympathy and empathy greeted me.

I made half-hearted attempts to explain that I was from upstate New York (like way, way upstate with farms and cows and no Bloomingdales) and had only visited the city a handful of times. A few weeks later when I had made some Irish friends I realized a good half of them had spent more time in New York City than I had.

But it didn’t matter. People heard New York and that was all it took.

Before then I had never really thought how citizens from other countries were affected by the terrorist attacks in America. I was so wrapped up in my own shock and sadness that I hadn’t given a sustained thought to the rest of the world.

That others were sympathetic to what I previously considered a wholly American trauma was not the only thing I learned as an American abroad. I also found out (and please stifle your giggles) that Americans are often considered loud and ignorant.

The idea that I might embody either of these traits to even a small degree truly flabbergasted me. And then I found something even more disturbing.

Apparently, even though we are an affable and fun-loving people, there are those (some might say many) out there who don’t like us, who, it might even be said, downright loath Americans. 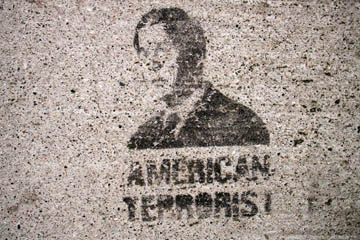 I grappled with these revelations in different ways.

First I was surprised by what other people thought of Americans, the stereotypes and then, especially as time ticked further away from the immediate post 9/11 sympathy, the overt frustration and cynicism many expressed over the actions of the U.S. government leading up to the war in Iraq.

At the same time, I was meeting people from other countries who offered me wholly new perspectives on things like universal health care, affordable education and the consumptive lifestyles we in the U.S. tend to lead.

After getting over my initial shock, I began to experience something like betrayal. A lot of childhood messages instilled in me about being American – essentially that we do everything better than everyone else – started to ring false.

After surprise and betrayal came embarrassment and even denial. (Yes, I once or twice pretended to be Canadian).

After that came self-deprecation, heartily lamenting the state of my government alongside people from other countries and listening to diatribe after diatribe while I tried to convince people that Americans themselves, especially those who travel, were clearly distinguishable from George W. Bush.

When I returned home after two years, I was still in this weird place where I both knew that I was definitively American, but didn’t really want to be.

When I got off the plane in New York, I saw my own people through the eyes of the travelers I had met.

When I got off the plane in New York, I saw my own people through the eyes of the travelers I had met. We were loud and nosy and unaware of other people’s personal space. I felt more like a foreigner than ever.

But eventually, after I settled back into my life and reconnected with family and friends, I started to remember the good things about Americans as well–our chatty warmth, our willingness to make fools of ourselves, our desire to be better and to have a better country than we do now.

I also realized that I was the only one responsible for the way that I lived. If I wanted to, say, start a recycling program in my neighborhood, I could. If I wanted to enter politics and become an advocate for universal health care, I could.

And if I wanted to change perceptions about Americans by writing about my travels and continue to make connections with others around the world who also believed in the revelatory power of travel, I could do that too.

Making Peace With Myself

Somewhere in the months after I returned home, I stopped apologizing for things outside of my direct control, for my government and my politicians.

Instead, I looked for similarities between people and places and, when I began doing that, I started to feel better about who I was and my place in the world. Although I still struggle with my identity, I realized that I had to make peace with the American in me in order to move forward.

So I did. Mostly.

Do you struggle with your nationality abroad? Share your thoughts in the comments!