It hasn’t been an easy week, what with more hidden photos of torture, the arrest of a former Nobel Peace Prize Winner, and learning that all of us recyclers/composters/bikers/tree-huggers are really just taking down the planet by sending out our emails to save the Arctic.

Plus, I locked myself out of my apartment. But I digress.

Even with all the bad news out there, every once in a while, I come across something that makes me ponder the beauty of even man-made creations.

The Boston Globe recently ran a series of pictures from photographer Jason Hawkes called Human Landscapes From Above. Here is the first pic: 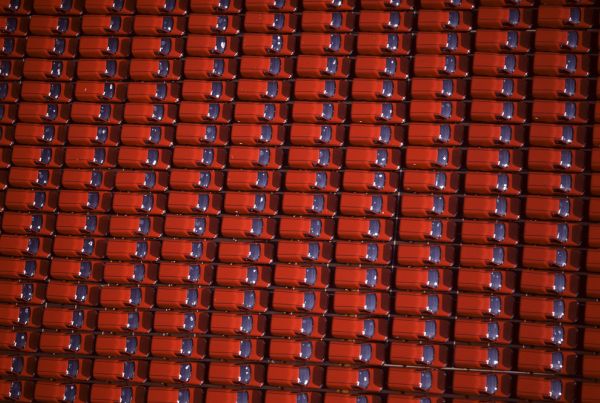 Some people may see a sea of red and metal, and think this picture is just an example of our over-consumerism.

While on the one-hand, this is true, I also see the many hands went into creating these cars, possibly being the life’s work of some. The intricacy with which the cars are placed speaks to our ability to create usable patterns that the eye is still able to get lost in.

And every once in a while, stepping back to contemplate that just over a century ago, a very simple version of these machines were just a dream in the minds of a few people, is pretty staggering.

So how are we able to bridge the two – over-production of something that is causing harm to the planet versus the art of creating machines beyond the wildest dreams of our ancestors – and handle these realities without jumping to either extreme?

Call me an optimist (and most people I knew growing up never would have), but I believe that every “problem” has a solution. You shine a light in a dark corner and guess what happens? It’s not dark anymore.

And I have a sneaking suspicion travelers understand this best of all.

Another one of Hawkes’ photographs is of the Grand Prismatic Spring in Yellowstone National Park: 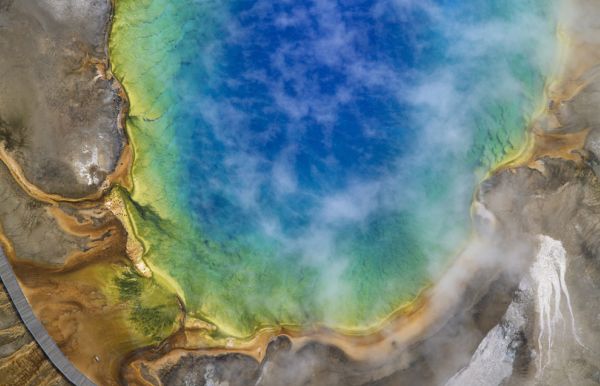 I remember a story a friend once told me about a Native-American tribe who volunteered to hold some nuclear waste on their land. Why would they do such a thing, I asked?

My friend explained: the tribe knew it was better for them, who have always had a give-and-take relationship with the Earth, to figure out what to do with the waste than it was for the US government.

Good point, and a starting place from which to ask questions.

Will human creations be as beautiful – and not harmful – as nature’s? Share your thoughts below!