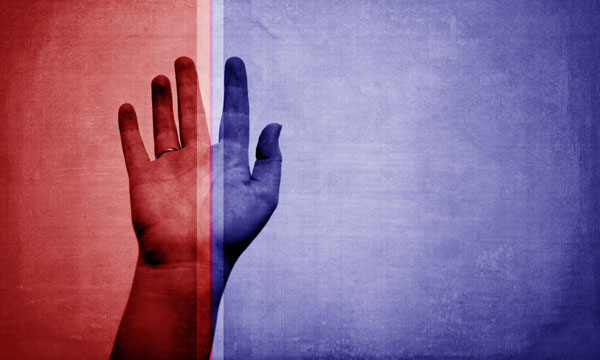 New film will follow disabled vets on a motorcycle trip across Middle America, in an effort to change lacking government policy.

Far from the random rocket fire of Kandahar, warriors of the United States armed force fight a different war.

This ongoing battle—fought between our own shores—is one of mistrust and misinformation that often leaves disabled veterans without the care promised to them by the Government they served.

For many, such as Jonathan Schulze, this denial of care can prove disastrous.

Tim Cleveland is an Emmy-award winning sound producer, paraplegic, and—most importantly— an avid traveler/adventurer who has set out to draw attention to the plight of these veterans through a documentary “Uniting the Divide”.

The efforts of the Uniting the Divide team seek to transcend typical rhetoric surrounding a system that has consistently refused necessary care to the soldiers who risked their lives for this nation.

The documentary plans to place the stories of wounded veterans into the context of an all-expenses-paid, mostly off-pavement motorcycle journey down the Continental Divide.

Jacob interviewed Tim for BNT, and was impressed by Cleveland’s responses that seem to transcend the tireless arguing that occurs in the halls of Congress, and seems to focus more on the power of the human spirit.

BNT: What kind of challenges—aesthetically—do you anticipate when capturing the simultaneous beauty of nature and the human spirit while on the move? 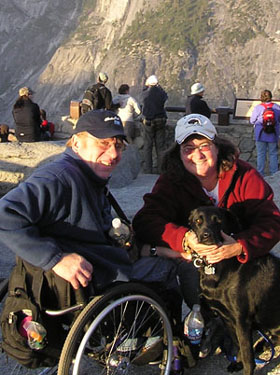 TC: The challenges are many. Any type of film, whether it be a documentary or a dramatic piece, lends one very limited screen time in which to convey a story.

Our film’s focus is the story of soldiers coming together, sharing their story with us while helping each other through the challenges that they face. The amazing scenery that we will be traveling through adds a unique backdrop for their personal journey but must not overshadow the importance of their reasoning for being in the film.

There should most certainly be a balance of telling these disabled veterans stories and giving the audience the amazing perspective of traveling down the heart of America.

When did the idea for this documentary first form?

I found that utter non-sense. Everyone I spoke with, whether they supported the war or not, were concerned about the soldiers who were actually there. Then I realized that “supporting the troops” really is about action, not just words. I wanted to show my support for them by helping them in any way I could.

Additionally, even though I am not a veteran I do have a disability (I’m a paraplegic) and I could relate to what some of them are experiencing upon their return. I do not claim to share the mental aspect of experiencing war, but I do share the experience of living life with a disability.

After doing some research on what the soldiers went through while deployed and when they returned home, I knew that I needed to do something. Their voices and their stories needed to be heard.

The idea then came to me that I should do something for them, to show the world that those numbers that we heard every night in the news were real people with real families. I thought the best way to do that would be through a documentary.

The Continental Divide route is a unique trip developed by the Adventure Cycling Association. It travels from Canada to Mexico off road, or more accurately off pavement.

One of the most important reasons we chose this route is because it travels right through the middle of America. A larger number of soldiers who fight for our country come from Middle America. 80% of the route is on dirt roads through some of the most beautiful and remote regions of the United States.

Few people ever see these areas, especially people with disabilities. We want to show them that almost anything is possible for a disabled individual. We want to show these soldiers the country that they sacrificed so much for. It also is symbolic of our nation. The country has been divided over this war, but united in their vocal support for the troops.

BNT: What do you see as the biggest problem in the adequate treatment and care of veterans disabled during service to the U.S. armed forces? 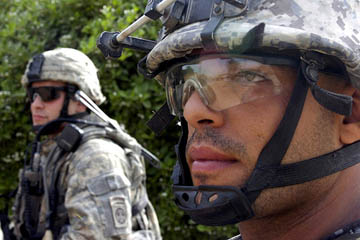 Where do I begin? There are so many flaws in this system. Many government investigation committees and commissions have discussed this for almost 90 years. Solutions have been found, but rarely implemented.

To me, the biggest problem is the adversarial conduct of the Department of Veterans Affairs (DVA). The veteran is presumed guilty of trying to defraud the agency instead of just seeking the benefits they were guaranteed when they join the military.

Claims are routinely denied. It takes about 3 months for a claim to be considered by the DVA. If it is denied, the appeals process takes on average 4 years.

It is very sad that some of these veterans survived the horrors of war only to die when they return home while waiting for treatment. The system is grossly under funded and the staff are not only overworked, but under trained. The typical claims person for the DVA has to clear 16 cases from their desk per day.

The case backlog of pending claims is currently over 1.7 million. At the hospitals the doctor to patient ratio is 1 doctor to over 500 veterans. The files are routinely “lost”. A veteran has to prove that his injury is service related over and over. If the DVA and the Department of Defense (DoD) shared their records the veterans would not have to prove that their injuries were service related.

What kinds of prioritization are you placing on the selection of documentary candidates?

Docs have limited budgets and limited screen time once they are completed. Our process is nowhere perfect, but we are looking to get a nice cross section of individuals who represent many American archetypes. We will select wounded warriors with different disabilities and stories.

Our intention is to share more stories on our website from the other soldiers who applied for the trip, but were unfortunately are unable to go. Ultimately, no one will be left out.

Do you feel that we, as civilians, have a right to question the finer points of any veteran’s claims to service? Do you think that civilian Department of Veterans Affairs (DVA) doctors are faced with a similar fear when questioning potentially fraudulent claims?

My feelings regarding veteran’s claims are my own and will not be a part of this film. That being said, I personally believe that we as civilians do not know enough of what a soldier actually goes through while at war or when they return home.

Those “finer points” have to be carefully analyzed by the experts, and when I say experts I certainly do not mean politicians. Doctors and expert therapists can only make that determination. But their decision cannot and should not be based on saving the DVA money; it should be based on real diagnosis and the real facts of each case.

Yes, fraudulent claims happen, but we should not be so focused on them that we deny legitimate claims out of that concern within the bureaucracy. In our legal system we are theoretically innocent until proven guilty. This approach should most definitely apply to veterans as well.

What kind impact do you think/hope private funds can do for a problem that seems predominantly federal in nature?

The goal of “Uniting the Divide” is to put a human face on the statistics that are bantered around everyday. These are real people–sons, daughters, brothers, sisters, wives, husbands, cousins, nieces and nephews.

The wars have shattered their lives and the lives of their families. “WE THE PEOPLE of the UNITED States of America” have the power to change these issues with our votes and help ease the pain while change is taking place. We want to help and show the rest of the USA that “supporting the troops” is really about taking action.

Whether it be raising funds for Veterans organizations and/or donating your time writing letters to Senators and Congressmen. We must stop the rhetoric and unite behind this important cause to facilitate change. We hope to give back in anyway possible to these courageous veterans that sacrificed so much and are asking for so little in return.

Our hope in sustaining the spirit of the film is to permanently setup a fund that will annually gather disabled vets and give them the opportunity to travel down the Continental Divide.