I HEARD IT mentioned this week, after a screening of a new film on global warming, that protest is a form of victimization. There was an interesting man who opined that when one protests an issue, say through a rally, a naked bike ride, or making effigies, that the protester relinquishes his personal power by putting responsibility for his fate in the hands of another.

This discussion was related to climate change, and his suggestion was that it was more empowering and effective to do the hard work of changing one’s own behavior, rather than taking on the impossible goal of changing another’s behavior.

In individual relationships, small groups, large ethnic groups, and nations we see time and again the cycle of blame, victimization, and entitlement. I blame you for an action you are taking, I am a victim of your behavior and therefore I am entitled to certain actions from you. Many forces are at play in this cycle, but it’s the abdication of personal responsibility I find interesting.

When my heart is at peace I can see that my happiness — my personal well being — is not dictated by outside factors. There are no externalities upon which my happiness depends. Happiness is always available in the here and the now. My ability to change the world around me is not dependent upon the action of others.

One cannot achieve happiness one day, one can only accept happiness now.

I have the power to change the world by, as Gandhi famously said, being the change. Happiness flows from deep connection to one’s true nature. The source. One’s “true home.” One cannot achieve happiness one day, one can only accept happiness now.

Someone weighed in and said, “yes, but protest has its place and it’s not just powerlessness. Look at The Arab Spring, it’s the most hopeful thing on the planet right now.”

My thought is that hope can lead to powerful action, but the energy of hope alone is not action. Thich Nhat Hanh says that hope can be an “unskilled state of being.” When one hopes, one is not present in the here and the now. With hope we spend our time in this moment feeling contentment and joy by dreaming of a better day — a more peaceful time.

People in a state of hope are easily manipulated. Perhaps this is why it has been such a popular catch-phrase for politicians thru the ages. Hope can sometimes act like a tonic hindering action. But hope can also be a heart-opening force leading one to “act as if.” The assumptive state of knowing that greases the wheels for right action.

To me, the change in Egypt occurred not from protest, but rebellion.

When people carry banners and chant, it’s a protest. When they are ripping up pieces of the street and hurling them at someone’s head, the energy moves beyond protest to revolt. The protest may lead to the revolt, but the people did not take power until the energy changed from aggressive but still passive displays of disaffection and demand for change, to outright rebellion.

I’m done with protesting. I choose to act. Peaceful, assertive, confident, non-violent action. I will act in small ways and in larger ways. I will change my behavior and if those changes inspire and support others on that path, then that is wonderful. This is the only rational course.

The Lights In The Distance 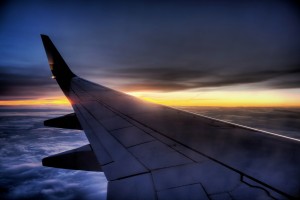 On a recent flight from Vancouver to NYC, the flight attendant came down the aisle offering drinks. I asked for water and extended my hand holding my metal water bottle.

She said, “Sir, I can give you water in a cup, but I can’t put water in that thing.”

I said smiling, “Humans need to stop making plastic and this bottle is the future!”

She said, “I guess you feel strongly about it.”

I said, “This bottle is a gift for all of humanity.”

And she took it and put a little water in it. By now those near were listening. I was laughing and telling her she was awesome, and then she started laughing too. I used one less plastic cup out of the 1 million plastic cups used on U.S. Airlines every 6 hours. Many heard my little demand and I was not embarrassed. I felt strong.

Bucky Fuller once said “People never leave a sinking ship until they see the lights of another ship approaching.” Sustainability advocate Alex Steffen added, “One of the reasons it is so hard to act on climate change is that most of us are afraid of what we’ll lose, but uncertain at best about what we’ll gain.”

May my actions be the new ship. And may my internal dialogue be kind, gentle and forgiving as I endeavor to transform knotted, old-habit energies.

Peace to all beings.