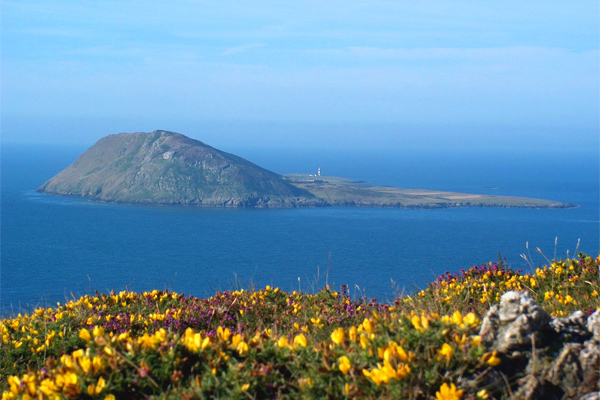 This week, we pose some questions to the fascinating and worldly Ralph White, co-founder of The New York Open Center, the largest urban holistic learning center in the United States.

ALEX: Let’s start with the basics. Can you share a bit about your background and current professional focus?

In general I produce numerous programs, events and performances year round to do with alternative spirituality, world mystical traditions, wellness, creativity, social change and ecological awakening. 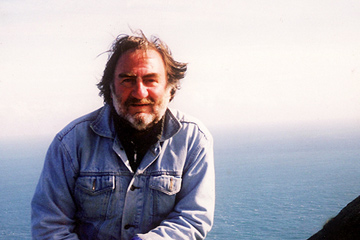 ALEX: What was the experience or who was the person that helped you learn the most about yourself?

RALPH: I hitchhiked from Vancouver to Maccu Picchu when I was 23 and wound up living a year in Bogota, Colombia. I learned a huge amount about resilience, courage, and trusting my instincts and feelings from this time in Latin America. Most importantly, I learned that the greatest gift I can give the world is simply to be myself.

RALPH: Islands in general are my favorite places for reflection and contemplation. I look for silence, huge skies, the rhythmic presence of water, and the sense of being far from the relentless pressures of the city.

I just returned from Molokai, one of the least visited and most unspoiled of the Hawaiian islands. The beaches of the far west of the island are deserted, beautiful and transcendent. For me, they are only rivaled in their ability to induce cosmic thoughts by the Napali Coastline Trail on the island of Kaui’i.

ALEX: What place have you visited where you felt a strong spiritual connection?

RALPH: The list is a very long one. I would start with the island of Iona in the Hebridean isles of the west of Scotland and include Ynys Enlli (aka Bardsey Island) off the north west tip of Wales. These are places where the long tradition of Celtic nature mysticism permeates the rocks and headlands and seems carried on the wind itself; and where blood red sunsets over crashing seas induce a deep, silent attunement to the ancient mysteries.

ALEX: If you could have dinner with any person (living or dead) who would you choose and why?

RALPH: The great Austrian philosopher, educator and spiritual scientist, Rudolf Steiner who left by far the most impressive holistic legacy of the Twentieth Century. He was possessed of an unrivaled grasp of the world’s esoteric traditions, and conducted stunning and deeply moving research into higher worlds, karma and reincarnation, and the true nature and destiny of humanity.

He also founded the worldwide Waldorf School and Biodynamic Agriculture movements, inspired the Camphill Villages for special needs children and adults, and seeded countless initiatives in fields as varied as medicine, banking, and the arts. He was also a very warm and open person possessed of brilliant insight into both individuals and the spirit of the times.

ALEX: What’s a quote that you consider particularly inspiring?

RALPH: “When the sound, healthy nature of man works as a whole, when he feels himself at one with the world as a great, beautiful, worthy whole, when this harmonious feeling of well-being gives him a pure free delight, then might the Universe, could it consciously feel, deeming itself at the goal, cry out for very joy, and be lost in admiration of the climax of its own development and organization.” – Johann Wolfgang von Goethe

RALPH: An Esoteric Quest for Ancient Alexandria: Greco-Egyptian Birthplace of the Western Mind, an event to be held in Alexandria, Egypt June 12 to 17 2011. This will be the first conference in many years to bring alive the world of ancient Alexandria, the greatest crucible of cultures, philosophy, and spirituality the world has ever seen.

Founded by Alexander the Great and Ptolemy I (who were both tutored by Aristotle), it was the leading center of learning in antiquity with its great Library and Museum. We are all familiar with Athens and Rome, but Alexandria far outstripped them for 700 years in terms of its influence on the mind. It all ended tragically with the murder of Hypatia, the last of the neo-platonic philosophers, in 415 AD, a epoch shattering event chronicled in the new film Agora starring Rachel Weisz.

ALEX: Thank you so much for sharing your insights with us, Ralph.

If you’re interested in meeting Ralph White in person, he will be presenting The Wisdom of Rudolf Steiner: Reincarnation, Karma and the Evolution of Consciousness on June 26th in NY.

This is the first in a series of interviews with spiritual seekers and trailblazers.

If you or someone you know would make a great interview subject, contact Alex Andrei and provide a brief description of your seeker cred.

Tagged
Interviews Narrative
What did you think of this story?
Meh
Good
Awesome