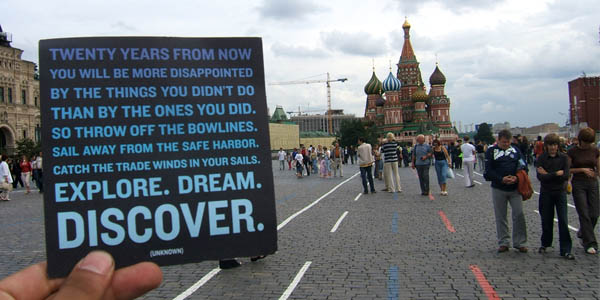 Some people believe the American Dream is the possibility of fame and fortune. In reality, it’s about the freedom to live as you choose.

Go to school, get good grades and one day you will grow up to be a doctor or a lawyer. If you are lucky you will marry someone, have two kids and own a big house in the suburbs.

For decades, the rest of the world has fantasized about going to America and living the good life. They thought that the only way to be truly successful was to be in the United States living with the stars in Hollywood and schmoozing with celebrities.

With travel becoming more affordable, the growing popularity of the Internet, and developing countries emerging in the global market, things have changed.

People are realizing that there is more to life than what you own.

With the world economy collapsing, people are questioning why they have put so much of their hard earned money into properties and investments as life passes them by.

People have started to feel that life is an experience and what you do with it enriches you in a way that possessions cannot.

Those who travel extensively tend to not want the weight of bills and mortgages. Their beliefs are slowing influencing everyone else. At one time everyone’s goal was to save for a dream home, now they are saving for that dream vacation.

People have started to feel that life is an experience and what you do with it enriches you in a way that possessions cannot.

International travel has opened people’s eyes to exciting possibilities. When once a family would only consider driving to Disneyland for a vacation, they will now go to Cairo or Paris to learn about ancient civilizations’ histories.

Education is also changing. When children learn about geography and places in history, chances are someone has been there before. Locations linked to American history like Normandy, France and Hiroshima, Japan don’t seem that far away anymore. 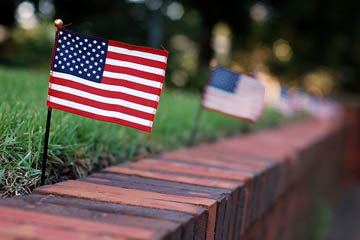 The world is shrinking and cultures are blending.

Countries like China and India have developed their own middle class and their own brand of celebrity. They no longer only look to the U.S. for leadership and are comfortable with developing their own version of the American dream.

In contrast, travel has enriched the lives of Americans and opened up their eyes to different ways of living and thinking. They have learned that people are comfortable and happy in other countries and that they too can learn something from other cultures.

Millions of Americans travel abroad each year and the same can be said for tourists traveling to America. The more exposure one has to other cultures, the more one is influenced by that way of life. People are enjoying ethnic cuisine, practicing different religions and adopting values from countries that they have visited.

These travelers come home with a different perspective, adopt a new outlook on life and incorporate their new ideas into their lives at home.

As we enter the 21st century, there seems to be a new way of thinking on earth. The definition of the American Dream is changing.

What was once considered strange and unusual is now normal.

What the American Dream truly is and always has been is the freedom to choose. Just because people are choosing to live their lives differently, doesn’t mean that it isn’t still the American dream.

Americans have the freedom to explore any way of life that they desire and that is what keeps the dream alive.

What do you think about travel and the American Dream? Share your thoughts in the comments!