View all travel news
Top Destinations
Top CitiesView All Destinations
Trending Regions
Trending Cities
Load More
Visitors to Asia may be shocked by overt forms of “racism.” But as the author discovers, it’s not the same understanding as the West. 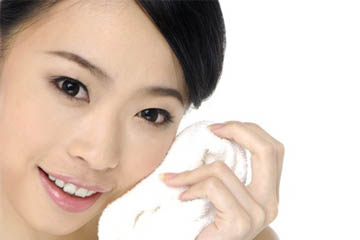 In Asia, white skin is in / Photo William Wang

Over the last few decades, Western nations have tried to become a “post racial society.”

We try to look past skin color, ban discrimination, and teach tolerance. From our birth we are taught that everyone is equal and everyone deserves the same chance.

Even if we don’t always live up to our ideals, we still strive to reach them.

When I traveled to Asia and lived in Thailand, I was shocked to see so much “racism.” They loved whiteness. The whiter your skin the better you were.

From Korea to Japan to Thailand, dark skinned people are looked down upon. Everyone strives to be white- every skin product has whitening in it and everyone stays out of the sun.

It was the complete opposite for us in the West, where coming back from a vacation with a tan was considered a priority.

The Importance Of White?

While visiting the region, I was always shocked to hear people talk about how ugly black skin is, and how important it is to be white.

I’d constantly admonish my students about off color jokes only to have the another student waive me off “No, no, it’s OK. I am black and ugly.”

Asian countries look down on dark skin not because of racism but because they don’t want to be perceived as poor.

Another student later made it clear: “In the west, you always worry about color. You have a racism problem but here we just accept it. We don’t care.”

There’s a creation story in Thailand. In the beginning god created man. At first, he cooked the people too much (dark skinned people). Then he cooked them too little (pasty westerners). Finally, he cooked them just right (light skinned Asians).

When I first heard this story, it only reinforced my belief in a racist Asia. It wasn’t until later I learned about the cultural and class context and then I saw this “racism” in a different light.

In countries where “whiteness” is preferred, you’d think there would be racial tensions but there aren’t. In Asia, there are no race riots, no KKK, no nationalist parties, and no race based organizations.

Historically, dark skin was associated with people who worked in the fields (also known as the poor). The upper class stayed indoors and in the shade. Asian countries look down on dark skin not because of racism but because they don’t want to be perceived as poor.

In Asia, it’s good to be white. TV stars are white. Models are white. Everyone is airbrushed until they look like ghosts. But I wouldn’t call them racist.

To them it’s not about race or ethnicity it is about class. If someone from the West promotes whiteness, it’s racist. “Oh you can’t do that. People will be offended.”

The more politically correct we get, the more uncomfortable with race we become.

But in Asia, it is different. Dark skin is poor, white skin is rich. They promote whiteness because no one wants to be perceived as poor. In Thailand, I saw plenty of dark skinned people in high ranking jobs- their current prime minister is dark skinned.

While they prefer white skinned, they don’t look at a dark skinned person and think “they are less of a person.” The same is true all over Southeast Asia. Driving a BMW in the West says you’re rich and classy; in Asia, the color of your skin says it.

In the West we obsess over discrimination as we try to live in a post-race world.

Yet the more anti-discrimination laws we pass, the more politically correct we get, the more uncomfortable with race we become.

We see everything as black, white, or yellow.

The more we try to make race a non-issue the more of an issue it becomes. We may consider it racism but to Asians it’s not about race. Skin color is laughed and joked about in a way we find hard to understand. It still can make me uncomfortable.

Maybe we should take a cue from Asia. Maybe if we want to become a post racial world we need to stop worrying about race.

I’m not naïve enough to think Asia is a utopia. Discrimination does occur in Asia. But there it is more about questions of class rather than pure skin color.

When you stop making something an issue, it suddenly stops being one. Then we can all sit back and laugh and just enjoy each other- regardless of skin color.

What do you think about racism in Southeast Asia? Share your thoughts in the comments!