THOUGH IT MAY SEEM like the true heydey of American bigotry has come and gone, 2014 America has its own special blend of casual hatred and gross intolerance. Let’s explore, by laying out seven common types of bigots you’ll find in America today.

Of course all races, religions, and ethnicities are bigoted in their own ways, but we’ll keep our discussion simple and focus on the old classic — white bigotry. Starting with the obvious: 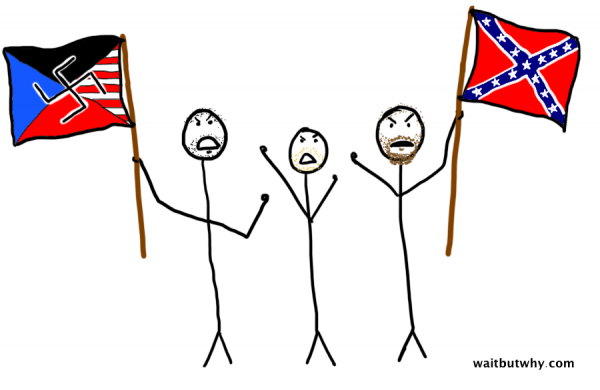 These people are blazingly angry about all sorts of things, and they’re having temper tantrums at rallies and all over the internet, but they’re so far out on the fringe that almost no one can hear them. It’s this shitty fact in their life that they live in 2014, not 1954 or 1936 or 1857.

In lieu of relevance, they settle for clawing for attention by being scary and upsetting, committing heinous hate crimes, picketing soldiers’ funerals, and other things they’ve decided to spend their one life on this Earth doing. 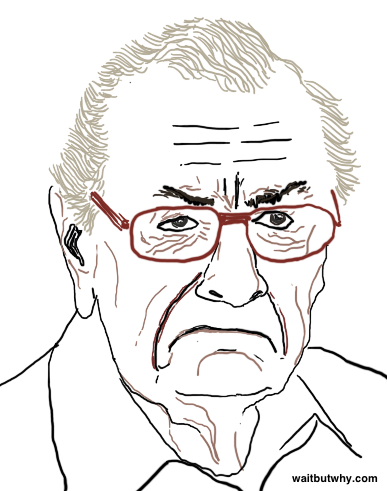 Their ranks include: Your grandfather

Defining attributes: Feels a lot of anger about a lot of things; intensely close-minded; doesn’t give a shit in general

Typical behavior: Casually dropping racial slurs in front of children and in public

Your grandfather means well — he just happens to be a white supremacist wrapped in a lovable wrinkly case. But the main difference between grandpa and your local skinhead is that your grandfather isn’t really driven by hatred, has little idea what the world is actually like, and doesn’t want to actually hurt anybody. It’s really just that he strongly dislikes black people, gay people, Jews, and Asians. They make him uncomfortable, and he doesn’t think of them as full, legitimate people. It’s sweet, really.

And your grandfather isn’t causing any real trouble. Just keep in mind when you take him in public that racial slurs that were a 3/10 offensive in 1945 are a 10/10 in 2014, and no one has updated his software as of yet.

3. The teenager who forgot to get raised in modern times bigot 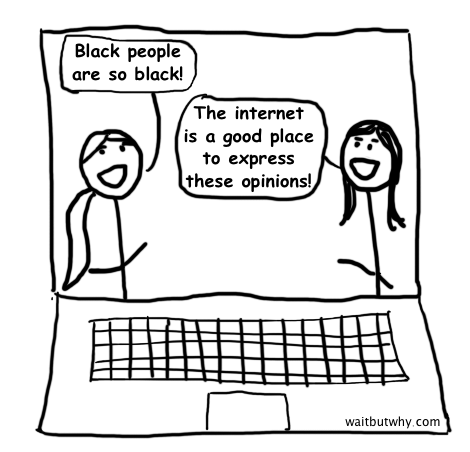 Their ranks include:
These girls; this girl; these girls; all these people.

It turns out that your grandfather’s opinions and vocabulary regarding minorities are a whole lot less cute when emerging from the mouth of a shitty young person. Most of us are relatively unexposed to this undoubtedly large group of miniature bigots. But we do get the periodic pleasure of watching one of them blow up their life prospects with a YouTube rant before settling back down into oblivion. 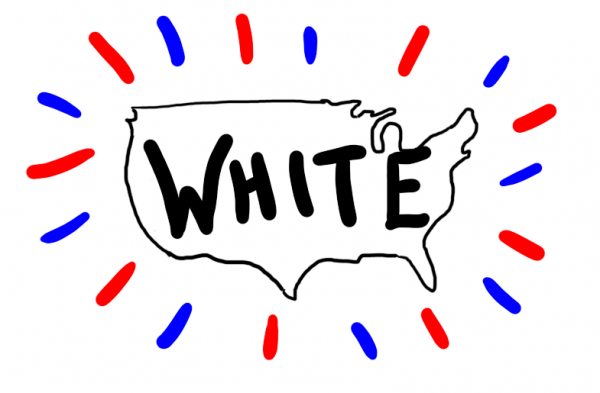 Their ranks include: Extreme right politicians and commentators; not you, normal reasonable Republican reader, so just settle down

Defining attributes: Well-groomed; passionate about white America; scared of all other colors and places

Typical behavior: Saying the things they think out loud

And this would be fine, if far right politicians and talking heads were irrelevant like the first three groups on this list.

But since they’re not, we should probably get guys like Pat Buchanan to stop complaining on national TV about gays and lesbians “having the same rights under law” as other Americans, and Ann Coulter to stop saying that in her ideal world, “everyone would be Christian.” It just seems like we’re a little too far in the future here for a relevant person to be saying those things in earshot of humans.

And if they’re gonna let a guy like Rick Perry say words out of his mouth that are recorded by a camera, the words probably shouldn’t be, “I’m not ashamed to admit that I’m a Christian, but you don’t need to be in the pew every Sunday to know there’s something wrong in this country when gays can serve openly in the military but our kids can’t openly celebrate Christmas or pray in school.”

5. The “unbigoted as long as it’s not in my family” liberal mother bigot 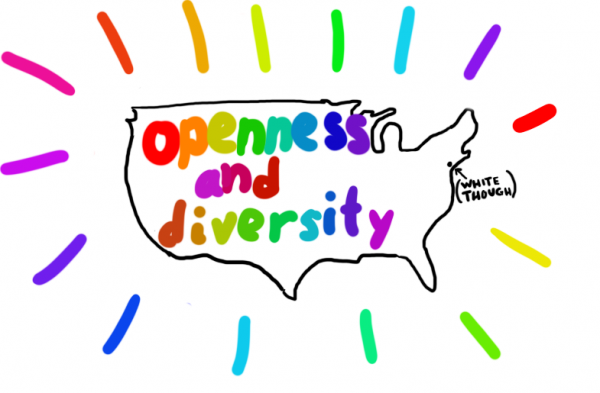 Their ranks include: Your mother; probably, right?; okay, or not! calm down; I’m never writing about such a sensitive topic again, this is terrifying

Typical behavior: Saying all the right, unbigoted things; pretending, in general, to not be a massive bigot

The Baby Boomer generation includes a large number of these women (and men), and they’re a bizarre breed. They were genuinely thrilled when Obama became the first black president, and they’d also be secretly devastated if their daughter married a black guy. They detest conservatives who say that marriage should be between a man and a woman, and they might also cry in bed for 100 nights if their son turned out to be gay.

These women are super unbigoted in theory, it’s just that they’re basically Pat Buchanan when the people they actually care about are involved. Great work. 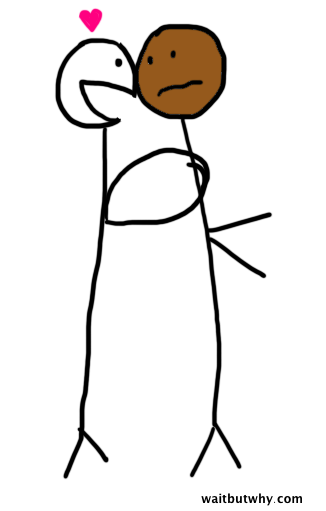 Their ranks include: A vast number of Americans under 35 who grew up in liberal environments

Typical behavior: Being condescending to black people by showering them with effusive praise or deference out of nowhere

This is one of the defining idiocies of young liberal America. This group is so incredibly concerned with not being racist that they treat black people totally differently than they treat everyone else — which is, well, racist. They believe in strictly different rules for different races — show them the blog Stuff White People Like and they’ll cackle reading it; show them a blog called Stuff Black People Like and they’ll throw a tantrum in the comments.

In their overcompensating craze, they end up both insulting black people with transparent excessive praise and creeping them out with their for-no-reason smiles. And dealing with these people can be maddening — I once was ganged up on by people berating me for claiming that Anna Kournikova was obviously hotter than Venus Williams.

These are the people who claim most fiercely that race doesn’t matter, and yet no one is more hyper-aware of the color of a person’s skin than they are. In all fairness, they were probably raised by insane secretly-very-bigoted Baby Boomer anti-bigots, so they were likely to turn out a little weird.

If you want to really excite the overcompensating bigot, just shoot some vicious racism in their direction — their general response to having their race verbally abused by a black comedian is, “Yes!Harder!” because they’re incredibly grateful to anyone who can relieve them of a few pounds of the mountain of white guilt they’re suffocating under. 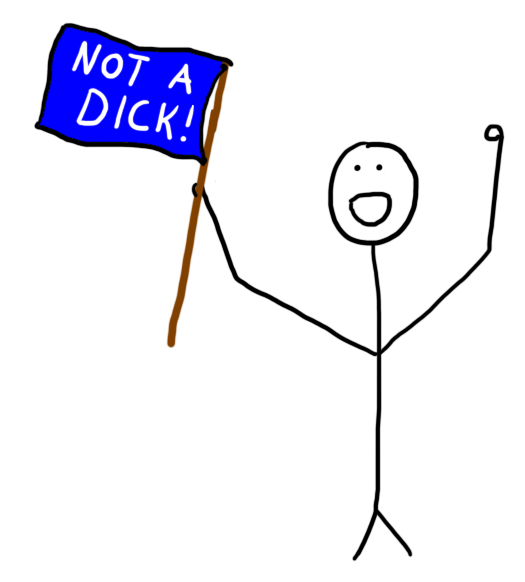 Their ranks include: You, ideally

Typical behavior: Judging people by the content of their character

Back in 1983, Eddie Murphy came out with his hugely popular comedy special, “Delirious.” I finally got around to seeing it recently, and was shocked at the ease and frequency with which he threw out the word “faggot.”

The thing is, it’s not that Eddie Murphy in 1983 was more bigoted than comedians in 2014 — it’s that in the last 30 years, society has moved ‘open homophobia’ from the “Not Good But Kind of Fine” pile to the
“Absolutely Not Okay” pile. So I, living in 2014, winced every time the word came out of his mouth — but the audience back then just laughed.

So for those who have gotten this far and are still feeling pretty good about themselves as a non-bigot — you’re still not fully off the hook. What are you doing or saying today that would make people in 2044 wince with disgust? What’s in the “Not Good But Kind of Fine” pile today that will be in the “Absolutely Not Okay” pile in 30 years?

Do you make any sweeping generalizations or do any mocking imitations that just might be totally appalling in 2044? Do you treat any group a certain backward way without realizing, like perhaps discussing obesity in a tone similar to how people in the 1950s talked about kids with learning disabilities? Are there things you say to your close circle today that would make anyone in 2044 lose respect for you, no matter how close they were to you?