Has the Dalai Lama lost his clarity of purpose? 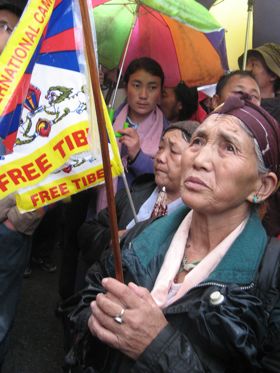 Born in Tibet and brought into exile at a young age, he forfeited an opportunity to study medicine in the US, joining the armed Tibetan resistance force instead.

For the past thirty years, he has been fighting for Tibetan freedom non-stop.

There are few who would dare disagree with the Dalai Lama, a man who has come to represent the very embodiment of peace.

Yet Tsering la is outspoken in his rejection of the Dalai Lama’s “Middle-Way” Policy and makes no point of hiding the fact that he thinks the Buddhist spiritual leader is failing the Tibetan people.

He accuses the Dalai Lama of being the “cause of loss of clarity of purpose,” which is as close to open criticism of His Holiness as you will hear any Tibetan say.

Nevertheless, Tsering la believes that the Dalai Lama’s support is 100% necessary for the unification of the Tibetan people and for the success of any sort of plan for independence.

Tsering la is unequivocal in his call for Tibetan independence. For him, so-called “autonomy” is not an option. Tibet is not, and never has been, a part of China.

So how does Tibet go about challenging China? It would be a victory as improbable as that of David over Goliath. 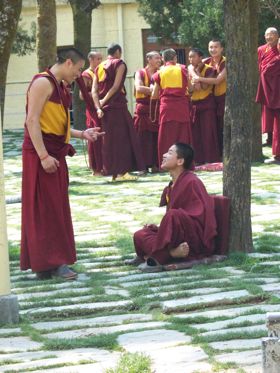 Tsering-la admits the impossibility of any sort of military solution; China has more armed troops than there are Tibetan people.

A political solution is also out of the question as China enjoys veto power as one of the five permanent members of the UN Security Council.

Tsering la has developed what he calls “The Mosquito Plan,” united action by those people under Chinese colonial power in targeting the market-oriented economy from within China.

He envisions power outages in factories, supermarkets, and office buildings across China, repeated disruptions to Chinese communications and infrastructure.

Initially it sounded outrageous, but the more I thought about it, the more it made sense.

The key is to embarrass China. “People will do for hurt pride what they will not do for love or money,” says Tsering la.

He thinks China’s situation is already unstable. His hope is that he can push the monster nation to the brink of imploding.

Tsering la highlights Tibet’s mineral wealth and natural resources as central to China’s interest in Tibet. Additionally, he points to the huge land mass as a way for China to ease its population burdens, citing the daily migration of Chinese ethnic groups into Tibet as proof.

His message is clear: China needs Tibet, not the Tibetan people.

But Tsering la sees the issue as reaching far beyond that of Tibetan sovereignty. China is the source of all of Asia’s major rivers, making half of humanity dependent on China. 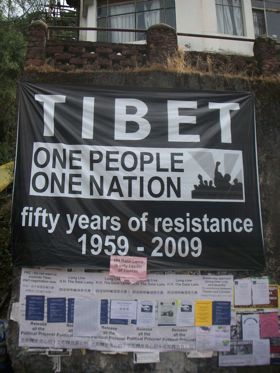 In the coming decades, population in South Asia promises to continue to explode as environmental degradation worsens.

Tsering-la foresees the possibility of a war between China and India over increasingly valuable fresh water resources.

For the sake of humanity, I can only hope he is wrong.

As you may have guessed, Tsering la is not a Buddhist. He left me with what he calls his “Four Humble Truths.” They are as follows:

* Freedom is a basic necessity

* Freedom will not come by waiting

* Freedom must be fought for and won

* Freedom is not free

My quest is to see all species of wild cats in their natural habitat. Here’s what I saw in Tibet.

More and more Tibetans are lighting themselves on fire. Here’s why

Alexandra David-Néel: The prima donna who snuck into Tibet in 1912 to meet the Dalai Lama

On the creeping commoditization of Tibet

Life on the Tibetan border [pics]

27 of the deepest canyons you can explore [PICs]