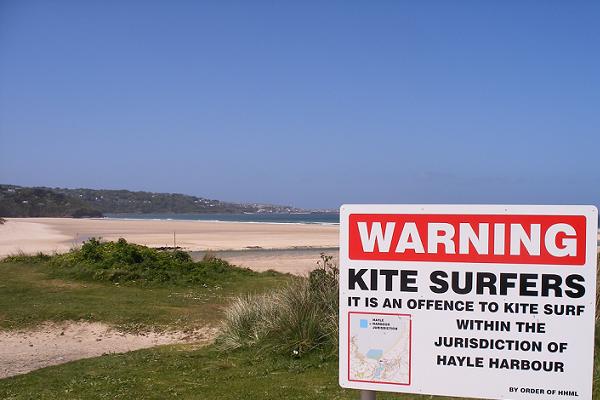 “3 Miles of Golden Sands!” reads the sign as you enter the town of Hayle, in Cornwall. And the beach is spectacular, with the artistic haven of St. Ives at one end of the bay and Godrevy lighthouse (the inspiration for Virginia Woolf’s To the Lighthouse) at the other.

As you look along the length of the bay, the only interruption is the broad mouth of the River Hayle as it leaves the town and breaks away into the Atlantic Ocean. This geographic feature makes the Victorian port such a special place for kitesurfers: at the right state of tide, the estuary provides a vast expanse of flat water and offers a haven for kiters to escape the chop of the open sea and glide unimpeded across the glassy estuary.

If any proof were needed that “The Bluff” (as it is known, on account of the pub overlooking the spot) is a world-class kitesurfing spot, then how about the fact that five-time kiteboarding world champion Aaron Hadlow cut his teeth here? Hadlow, acknowledged to be the most innovative and progressive rider the sport has ever seen, took his first shaky forays into the world of kitesurfing at The Bluff.

Sounds idyllic? Well, it was. Until Dutch insurance giant ING bought much of the docklands in the town and began to plan a new residential and business development, including a marina.

For reasons that confound logic, ING decreed that kitesurfing would be likely to “impede the safe passage of vessels entering [the estuary]”, and banned kitesurfing within the jurisdiction of the harbour, which also extends out into the sea (how a vast financial institution can lay claim to a postcard-perfect estuary is another question entirely).

Although there may have been a case for a ban if these concerns were in any way legitimate, they do not stand up to any kind of scrutiny:

The entrance to the harbour is only navigable by shipping at high-tide. At high-tide there is no beach, so kitesurfers cannot launch their kites. The estuary is generally never suitable for both kitesurfing and shipping.

Hayle is not a busy harbour. ING’s own assessment declares that, “only a handful of… commercial [boats] use the harbour in the winter months as prevailing winds are onto the north coast and conditions over the Hayle bar at the harbour entrance prevent safe navigation.”

There have never been any accidents involving kitesurfers in the estuary or elsewhere in the Bay.

Local kitesurfers are further infuriated by ING’s policy of stonewalling and scaremongering. ING and their agents continually put off meetings and offer contradictory reasons for the ban. They have also threatened the British Kitesurfing Association with legal action for not making it clear on their website that kitesurfing is banned at the The Bluff.

The area is now patrolled by harbour officials on jet skis who send you on your way if you stray into the area and may follow you back to your vehicle and make a note of your details to pass on to the police. It all seems a bit heavy-handed doesn’t it?

Anecdotally, comparable waterways in southwest England have no problem with kitesurfers sharing the water with other vessels. The markedly busier and smaller harbours of Padstow and Exmouth are both bustling commercial ports (used throughout the tide), and have a harmonious relationship with the kitesurfing community. 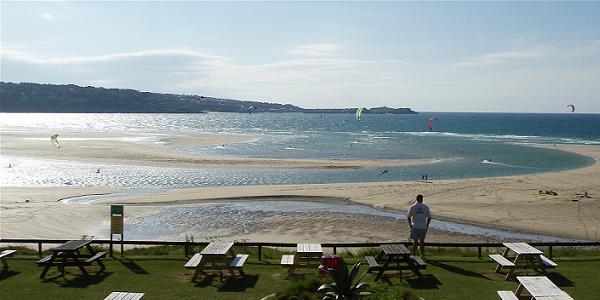 And so Hayle’s “3 Miles of Golden Sands!” are now more famed for their reflection of how big business can whimsically flex its muscles to devastating effect rather than for the perfect golden playground that used to attract kitesurfers. Maybe next time you’re weighing up insurance options and ING pops up, you could spare a thought for the ex-kitesurfers of The Bluff and glide on by….

An anti-ban group has been set up on Facebook, and can be found here.

Kernow’s (Cornwall’s) Kitesurf Club provides general information about kitesurfing in the Cornwall area, as well as updates about the ban. Check out their website here.

Have you discovered Matador’s newest blog, Matador Sports? Our resident adventurers and Sports editors are sharing how-to guides for getting started in a variety of sports and profiling some of the most on-the-edge athletes out there!

Tagged
Activism Outdoor
What did you think of this story?
Meh
Good
Awesome

11 Reasons We Should All Be Moving To Cornwall

10 Beers From Indie Brewers You Have To Try in Cornwall

35 Things You Will Never Hear Someone From Cornwall Say

15 Little Things You Miss When You Leave Cornwall

22 Cornwall Bars and Restaurants Us Locals Live By

10 Reasons Cornwall Is the UK's Most Underrated County

10 Side Effects of Living in Cornwall

10 Signs You Learned To Drink in Cornwall

How To Piss Off Someone From Cornwall