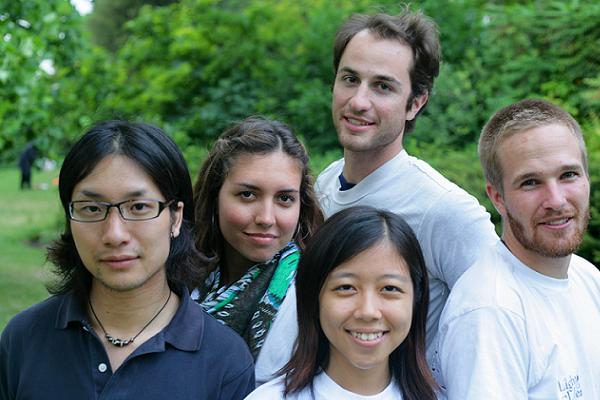 All photos by David Ranc

We have all heard of the butterfly effect– that a wing beat on one side of the world can eventually cause a tornado on the other. Small actions often have huge consequences. Yet people often feel disempowered and hopeless in the face of big issues like poverty, war, or social injustice. “What difference can I make?” they say. “I’m just one person, nothing I do will change anything.”

But the actions of a few can change the world. Two people who firmly believe in the power of “just doing it” are 25 year old Sebastian Lindstrom and 29 year old Evan Fowler, who teamed up to create the What Took You So Long Foundation.

The movement aims to help grassroots NGOs by giving them publicity and access to a global network of unskilled and skilled volunteers. The WTYSL Foundation also wants to inspire young people by example, beginning with a 14,200 kilometre trip from Marrakesh to Johannesburg, which kicked off yesterday. 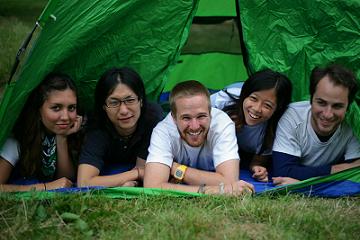 In the spirit of true international cooperation, Lindstrom and Fowler are traveling with five young colleagues, all 25 or under, from Japan, the USA, and Hong Kong. They will be using public transport and visiting 20 small NGOs en route.

An experienced documentary film maker, Fowler has his own media company and will be filming the journey. There will be updates on the website, blog, and Twitter as well as the team’s photos and journals, where the group will document the efforts of people who make a huge difference in the lives of locals but who are unknown outside their own small circles.

“I met an amazing Dutch guy… when I took a group of Hong Kong students to Ghana recently,” says Fowler. “He is virtually a one-man band, living and working in a tribal community on the border with Burkina Faso. He has set up a small charity to help kids who’ve been abandoned because their parents died of HIV/AIDS. I asked him if he had applied for any funding and he told me the paperwork would take up too much time which could be spent with the people he needs to help. And they probably wouldn’t give him funding anyway. It’s people like Eric that we want to tell the international community about.”

One such volunteer is young British lawyer Rhianydd Griffith who ended up getting in touch with Lindstrom and helping in an Ashanti orphanage after Googling “volunteer Ghana.” At 24, she was older than some of the other students, but the experience changed her life. “A lot of young people lack confidence,” she says. “But doing something like this shows you that you really can make a difference.” Volunteering has had a big impact on Griffith, who now works for a corporate social responsibility law firm in London. “I’d tell anyone thinking about taking a gap year to combine travel and volunteering,” she adds.

“We are going to share positive, hopeful stories. We are not going to dwell on the stereotyped clichés of misery and hopelessness, because Africa isn’t like that.”

Lindstrom and Fowler met while studying at Hong Kong University. They hit it off immediately, discovering a mutual interest in environmental and social issues. They both wanted to mobilise Hong Kong students and show them what could be achieved by a group of motivated and determined individuals.

Inspired by actor Ewan McGregor, Lindstrom and Fowler first discussed a motorbike trip through Africa to help small NGOs but decided against the plan. “It wasn’t very environmentally sound,” says Lindstrom. Fowler agrees. “And we wanted to interact with the locals, to live with them and learn their stories. That’s easier to do using public transport than on motorbikes. And it’s cheaper.” 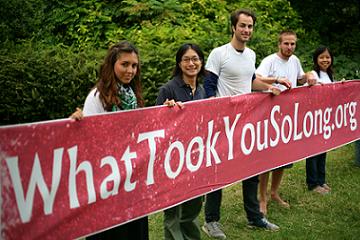 The 10 week trip is the first one for the WTYSL Foundation, but both men hope it is the start of things to come. “We want to encourage other young people to do this,” says Fowler. “To show them an alternative way of traveling. And if a group wants to do something similar in India or South America we are there to give advice and help.”

“We are going to share positive, hopeful stories,” adds Lindstrom. “We are not going to dwell on the stereotyped clichés of misery and hopelessness, because Africa isn’t like that. It’s full of positive, enthusiastic individuals who are striving to achieve their hopes and dreams. We can learn from them as much as they can from us.”

Lawyer and volunteer Griffith has the last word. “Sebastian is totally inspirational. He taught me you’re never too young; you just need to be brave. And I’ve learned that what you do and what your team does, even on a small scale, really can change the world.”

WTYSL isn’t the only group currently journeying across Africa to collect hopeful, positive stories. Read about sisters Chioma and Oluchi Ogwuegbu and their “Celebrate Africa” trip.