The Kichwa community of Rumipamba has been at the epicenter of Texaco’s contamination in the Ecuadorian Amazon and the 20-year legal battle to bring the oil company to justice. Rumipamba community member Maria Aguinda is the lead plaintiff in the lawsuit against the company. As a result of Texaco’s operations, local water sources are highly polluted and people have become sick and died from contamination-related illnesses. 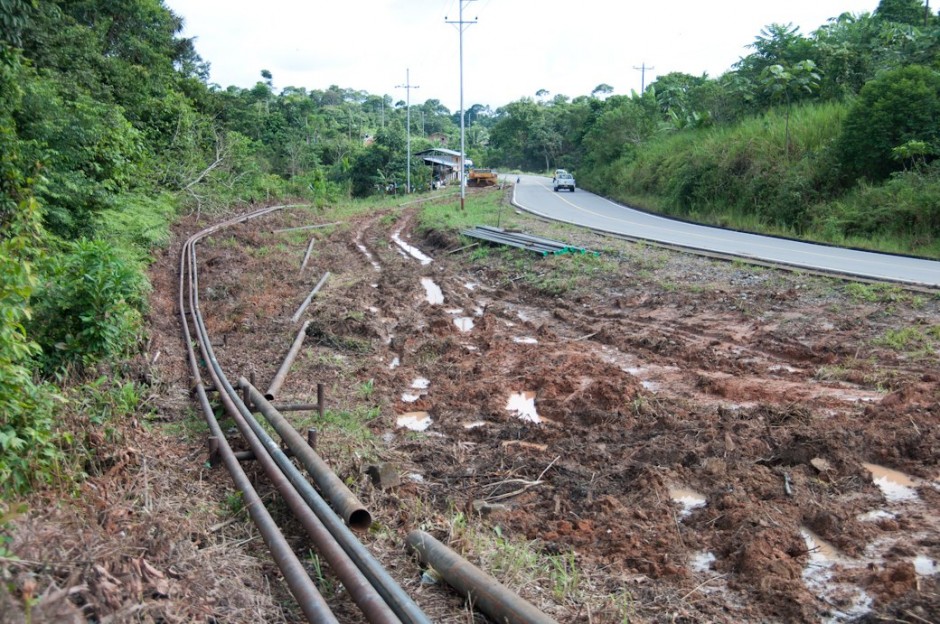 The Via Auca, an oil road built by Texaco in the 1970s, runs directly through Rumipamba. Miles of oil pipelines snake alongside. When any of these pipelines burst or leak, oil spills directly into nearby streams. Texaco-built wells — now operated by State oil company Petroamazonas — dot the community of Rumipamba. Many wells are located next to or near homes. 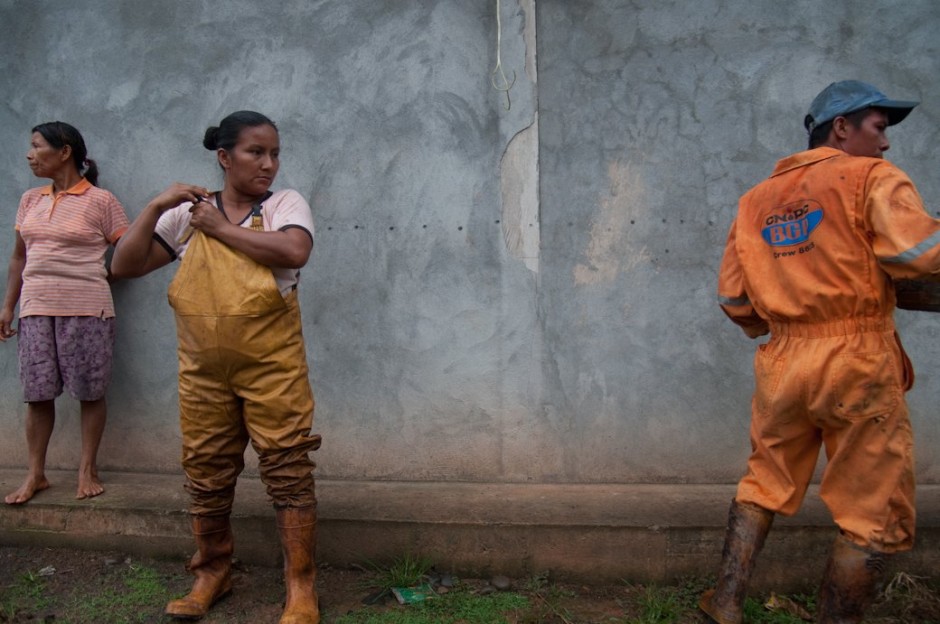 Caught in a cycle of environmental degradation and economic pressures, many Kichwa in Rumipamba seek work with the oil companies. However, for the past several years, Kichwa community members have been leading remediation efforts in Rumipamba. Remediation, funded by Petroamazonas, has become a steady job for a number of community members who work ten months out of the year. The process involves several laborious steps. 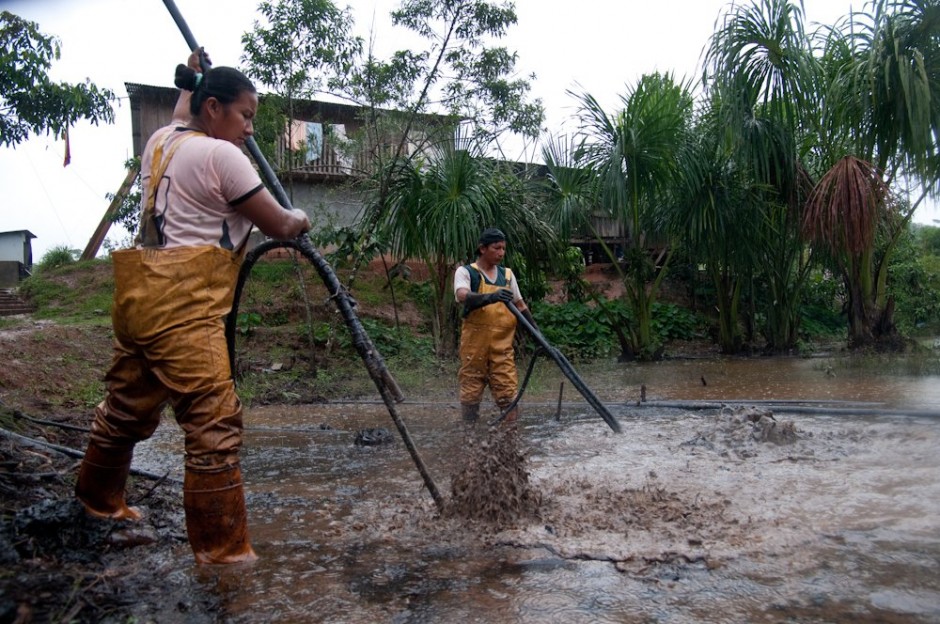 First, crude oil must be pumped up from the bottom of the pond, where it has remained embedded in the mud for years, if not decades. Above, Lydia Aguinda, daughter of Maria Aguinda and local coordinator for ClearWater, takes part in the remediation. 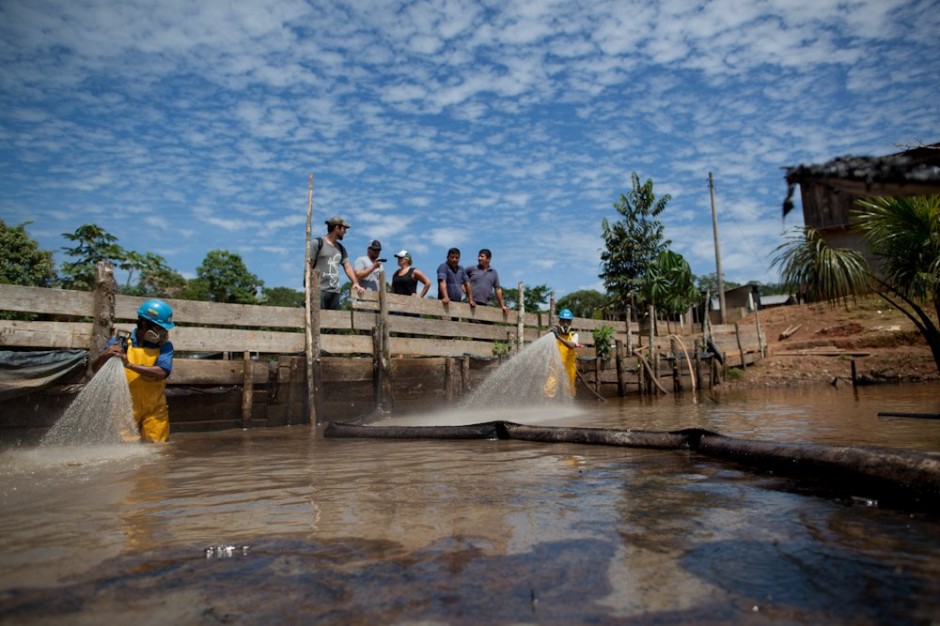 The crude is then moved along the surface of the water using improvised booms, hoses, and rakes into a corner of the pond. 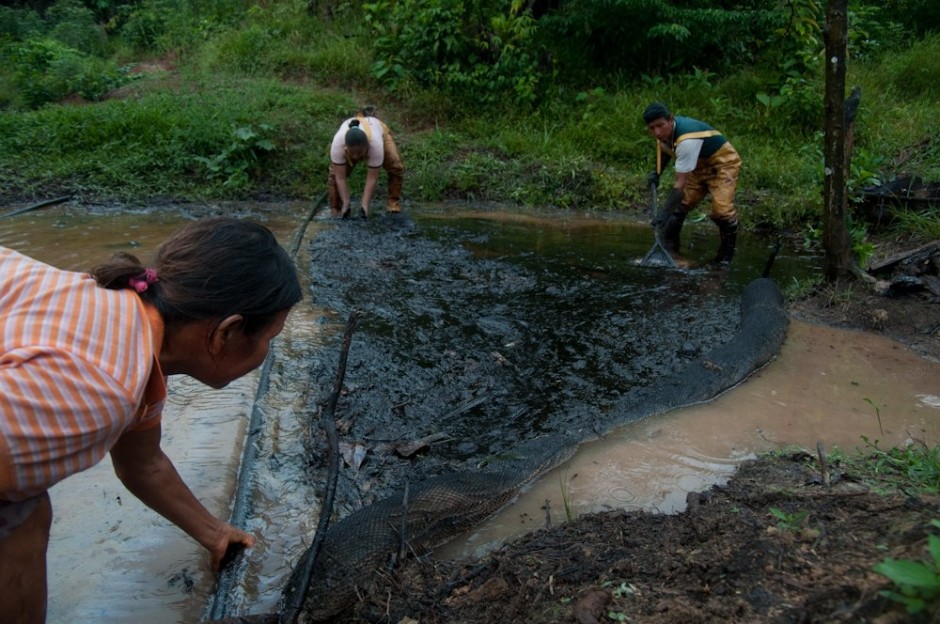 Once the crude oil has been cornered, it is scooped up with shovels and disposed of in toxic waste barrels. 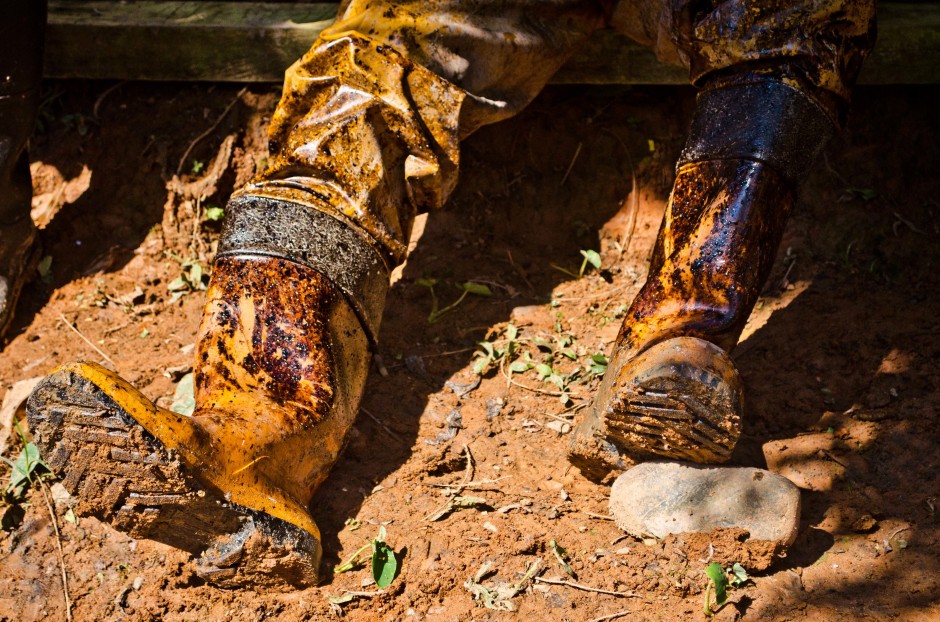 It is exhausting work. At times, the heat is almost unbearable, and workers complain of lightheadedness and headaches from breathing in fumes that rise off the surface of the polluted water. 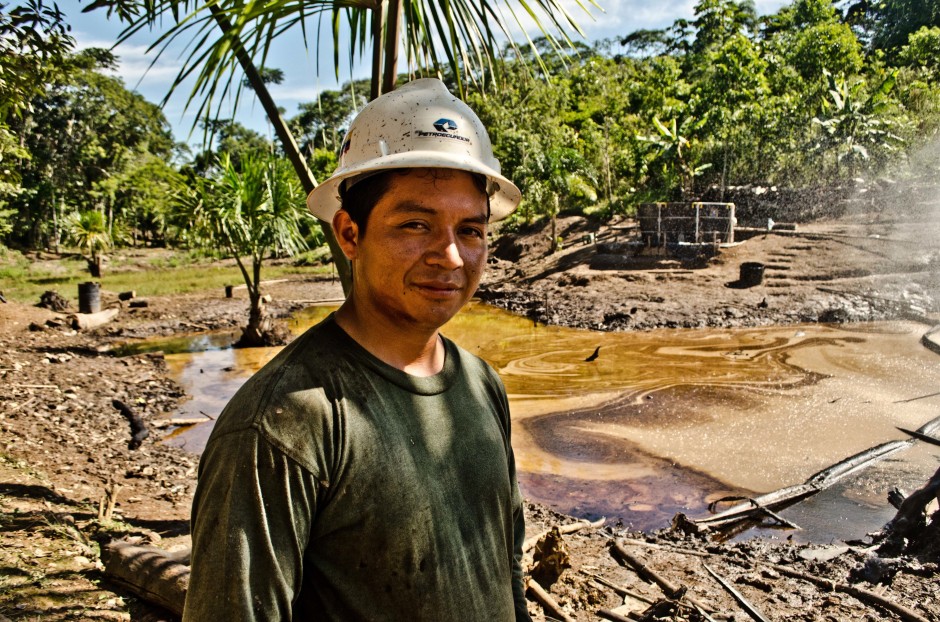 The Kichwa of Rumipamba are resilient, and express hope that their efforts will be the example for future remediation on a larger scale. 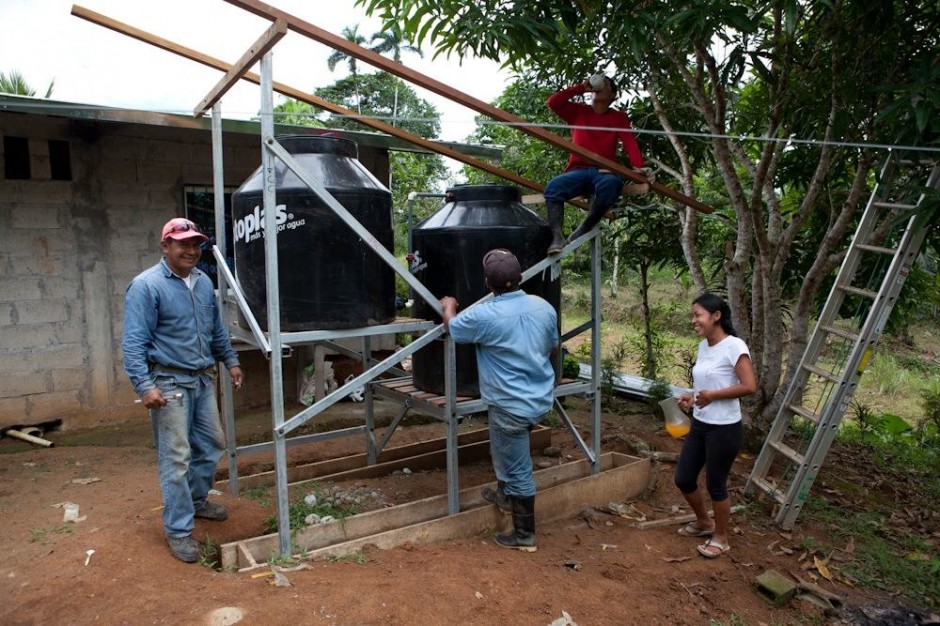 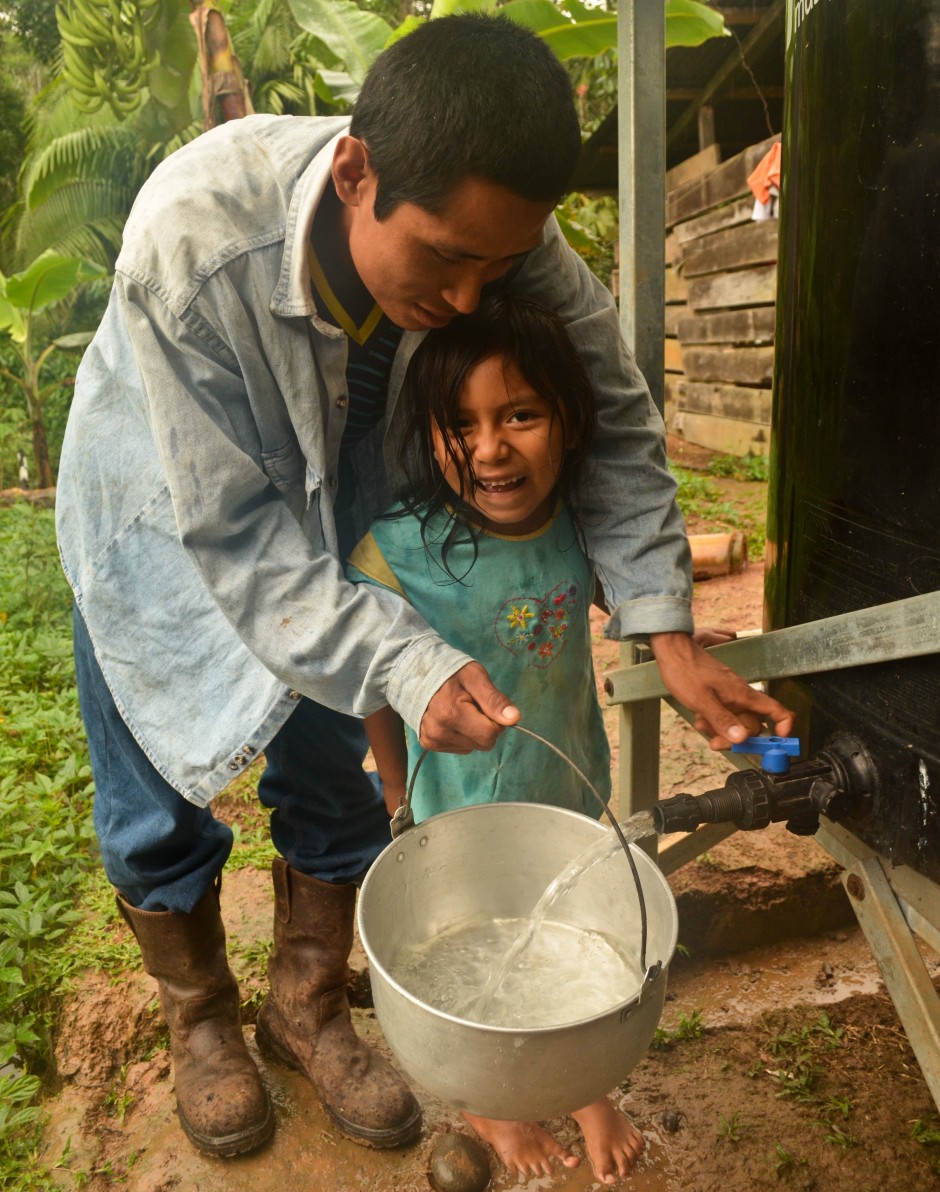 The Kichwa of Rumipamba are working hard to improve the health situation in their community through the remediation of water sources and by building rain catchment systems. Rumipamba may never return to the way it was before the arrival of la compañia — the oil company — but the community perseveres, and dignity remains.

This post was republished from our friends at ClearWater, an indigenous-led movement for clean water and cultural survival in the Ecuadorian Amazon.
Tagged
Ecuador
What did you think of this story?
Meh
Good
Awesome