Earlier this year there were riots in Vancouver and all across the UK. Hooligans were, of course, blamed. A bunch of up-to-no-good youths in balaclavas hell-bent on destruction. Blame is easy to assign; what’s much harder is asking why these people felt a need to do what they did. That they are releasing in a negative way is not the point. That they feel a need to release something is what needs to be looked at. I see all of these events, including the current protests, as symptomatic of a common underlying problem.

SOMETHING IS SERIOUSLY FUCKING WRONG.

If nothing else, these protests are a wake up call; a call to get seriously critical of the status quo. A status quo that sees the average American debt over $10,000, nearly 1 in 6 in poverty (official poverty level is an annual income of $22,314 for a family of four), and the ever-widening income gap. The people out on the streets aren’t just the “entitled generation” as many critics are suggesting. They are representative of a wide range of citizens. Reporter Al Lewis from the protests in Chicago:

Folks I found protesting in Chicago came from all walks of life, connected mostly by a vague sense that the economy wasn’t dealing with them fairly anymore.

Yesterday evening, the Occupy Wall Street movement was joined by labor unions and liberal activist groups for a march from Foley Square to New York’s financial district. Photographer Francisco Collazo headed down to snap us some photos. I don’t know about you, but I see a lot more than just over-privileged “kids” asking people to do their laundry. – Carlo Alcos 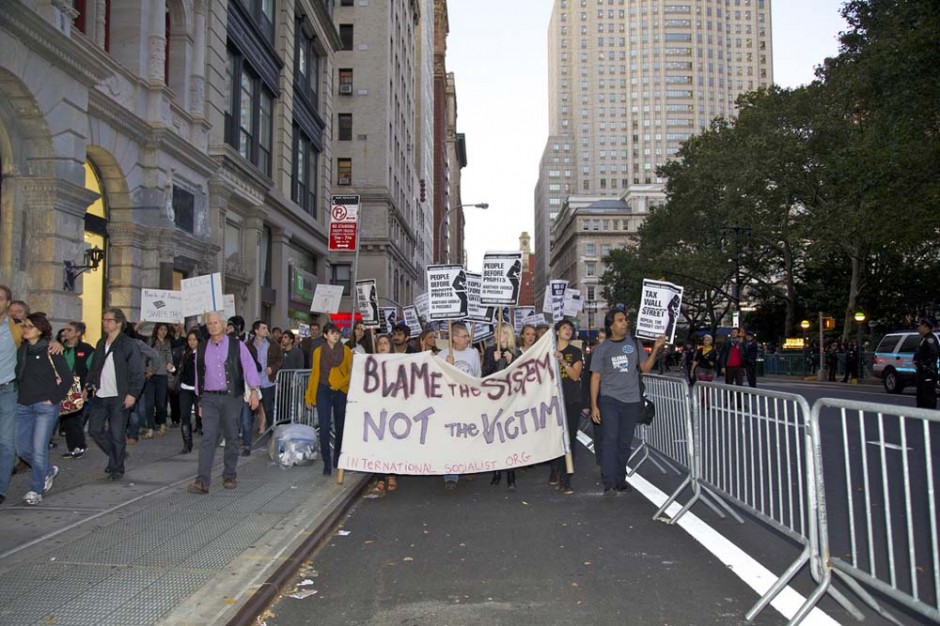 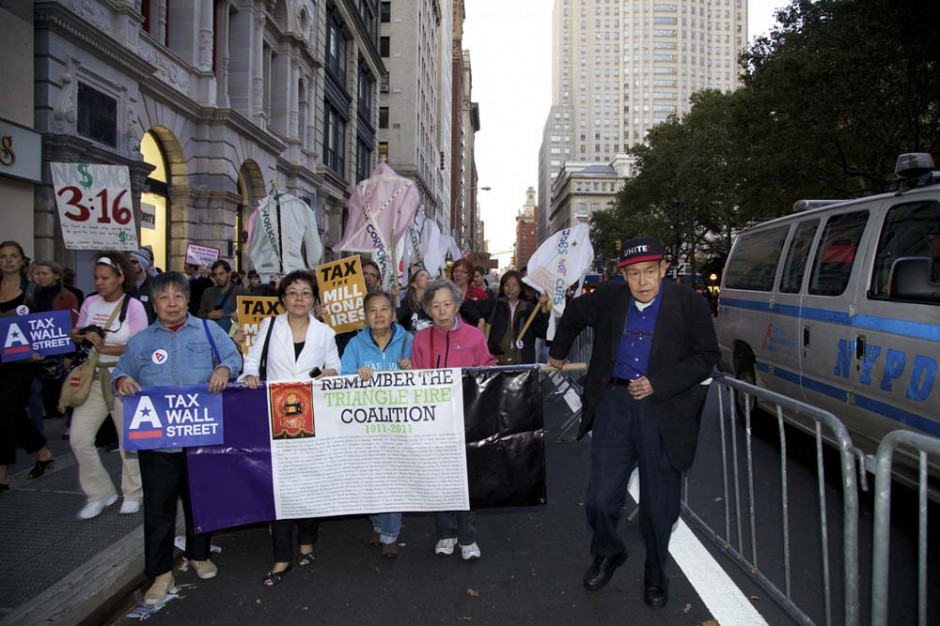 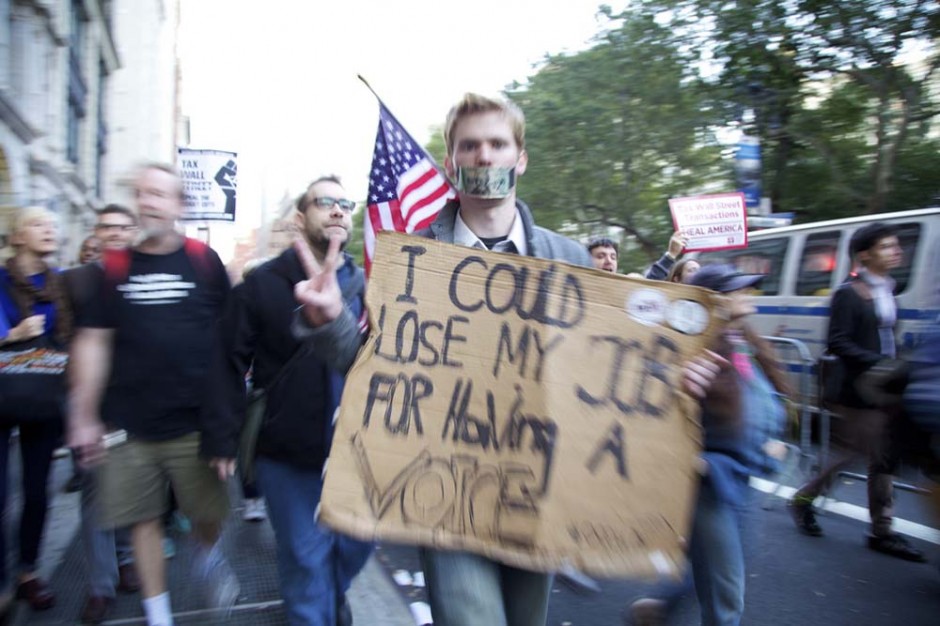 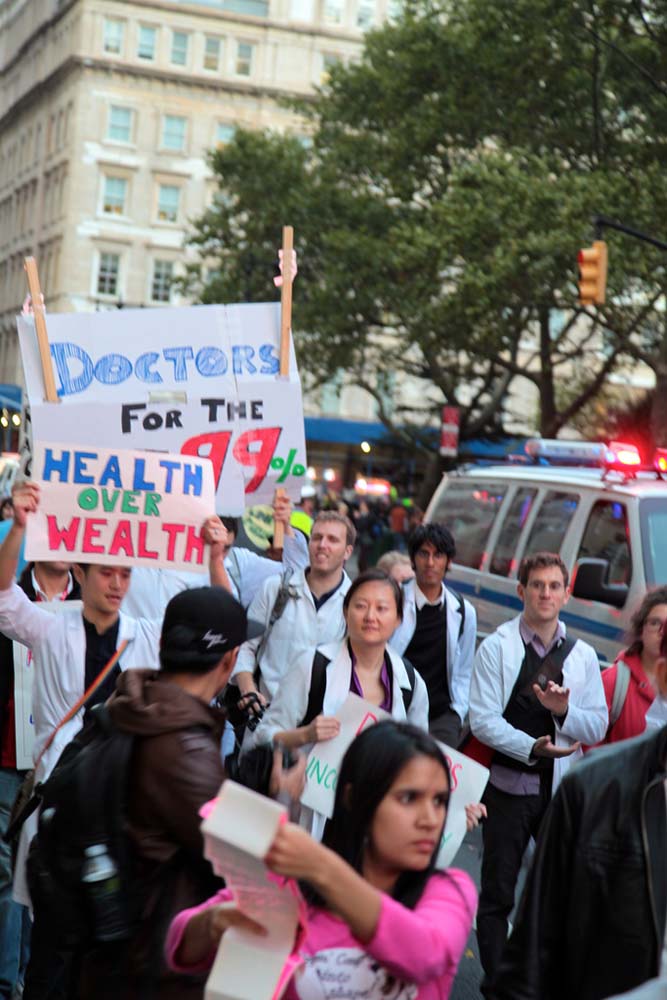 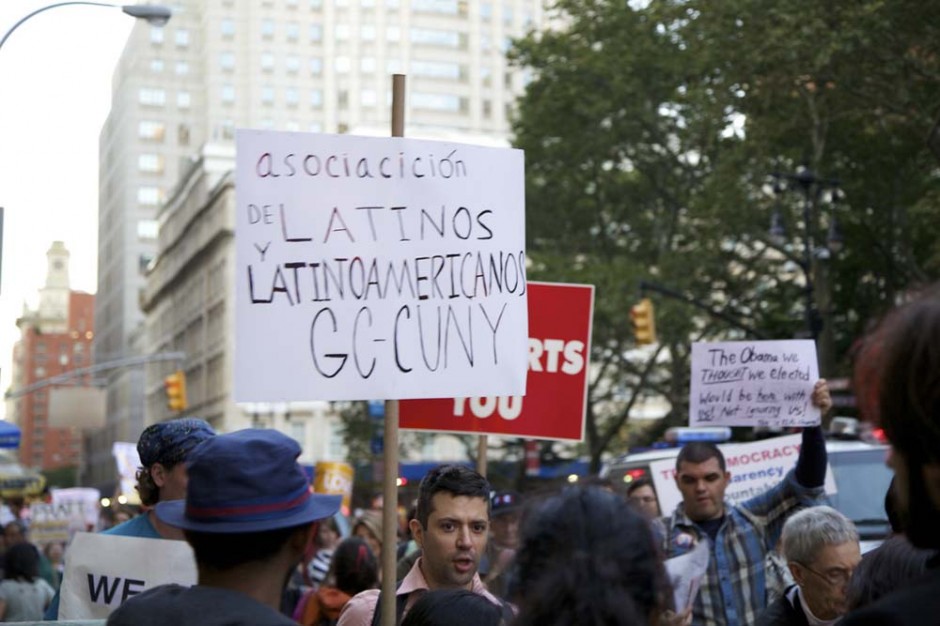 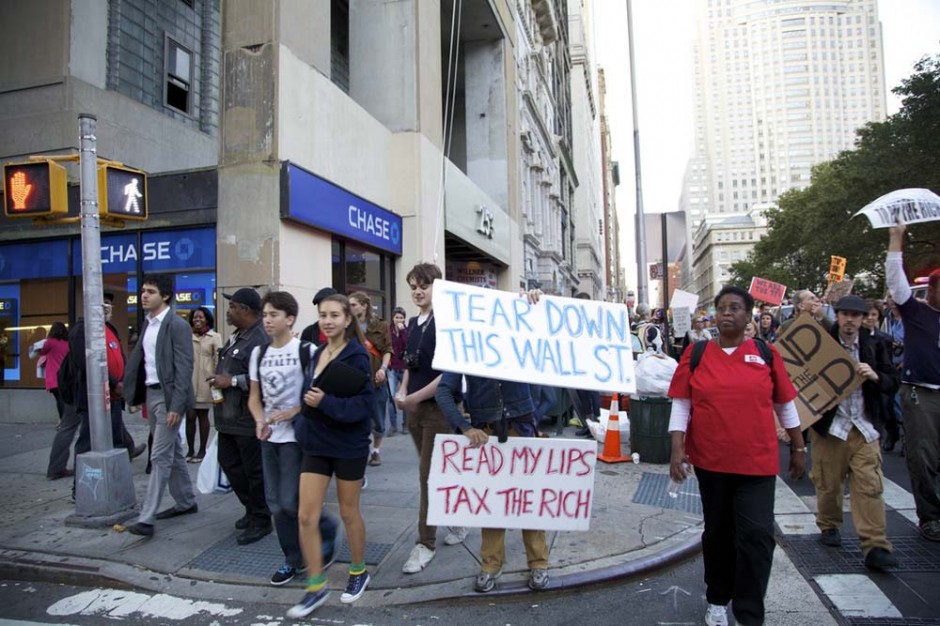 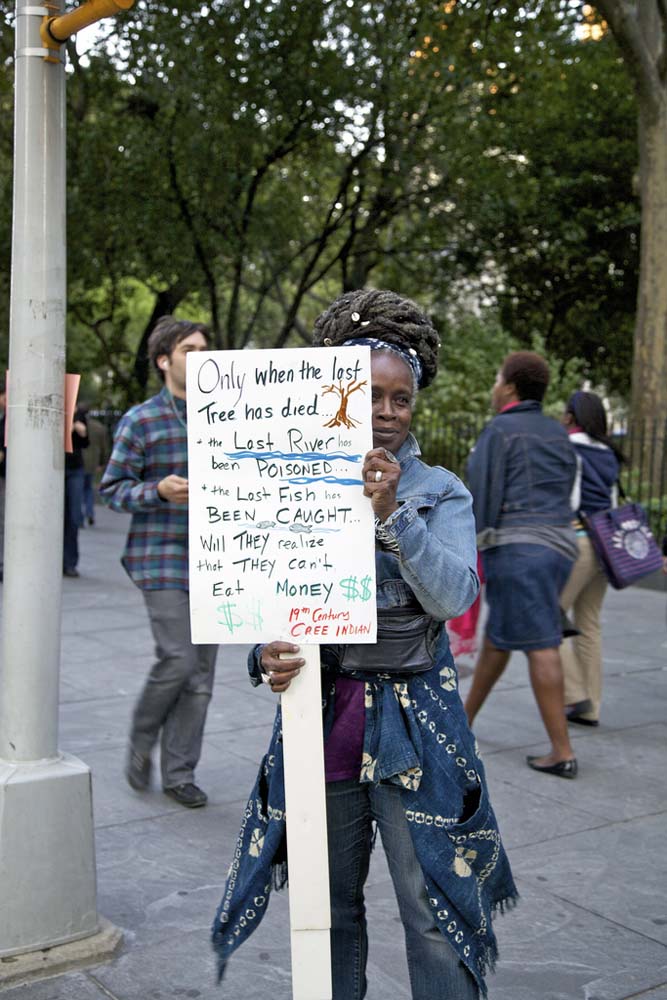 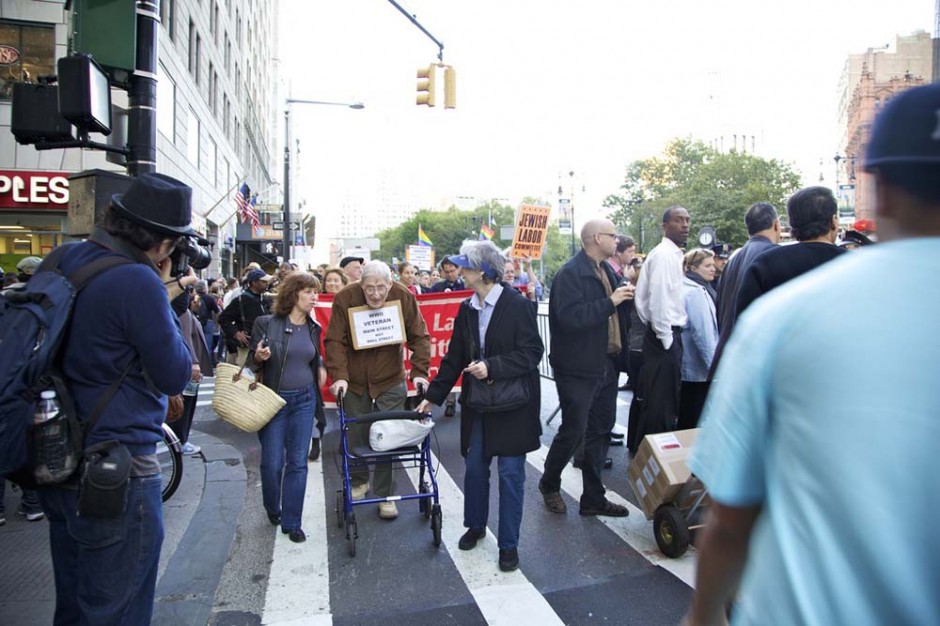 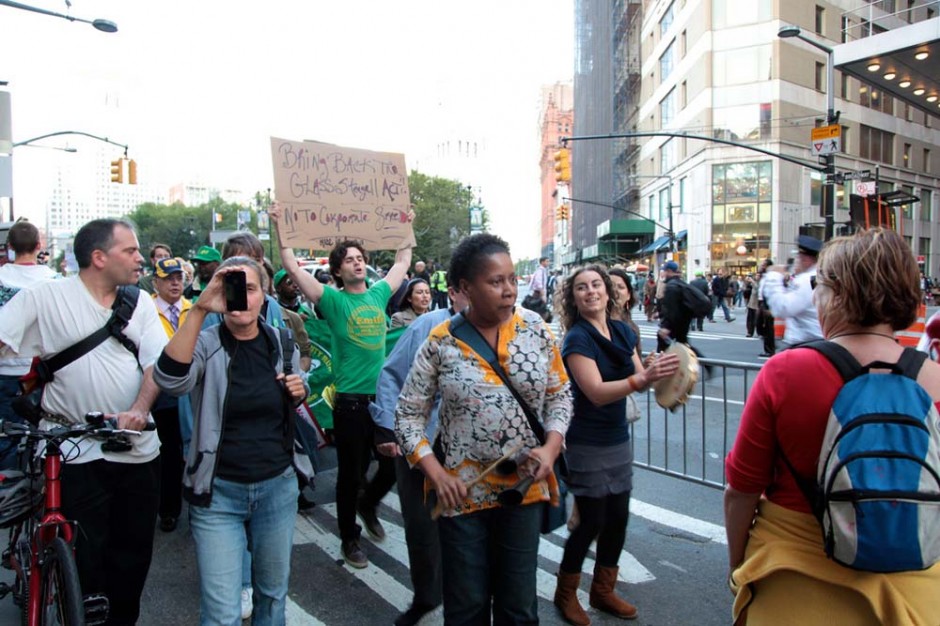 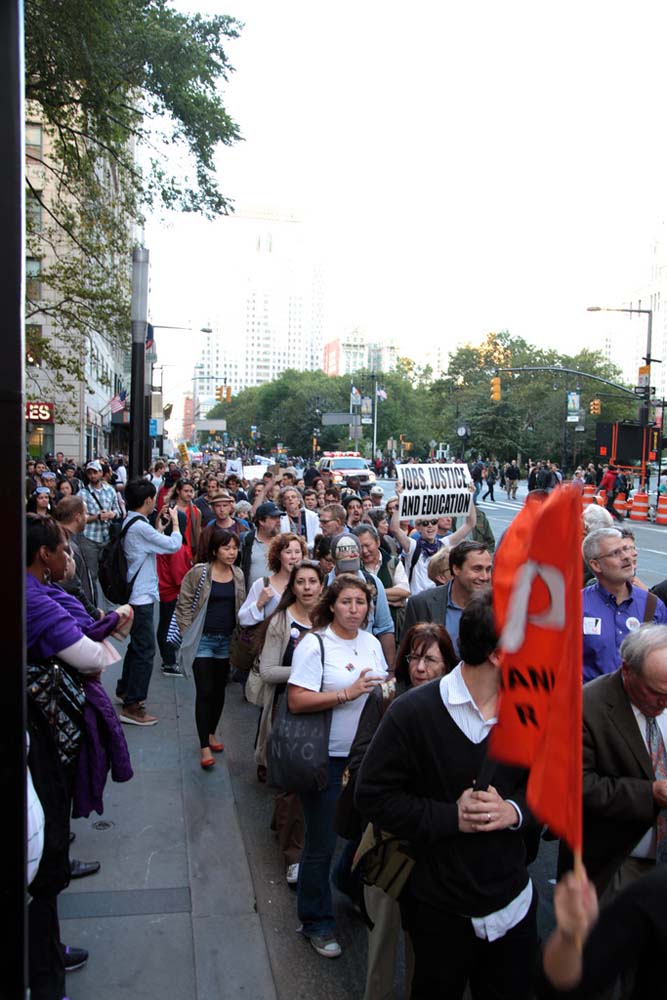 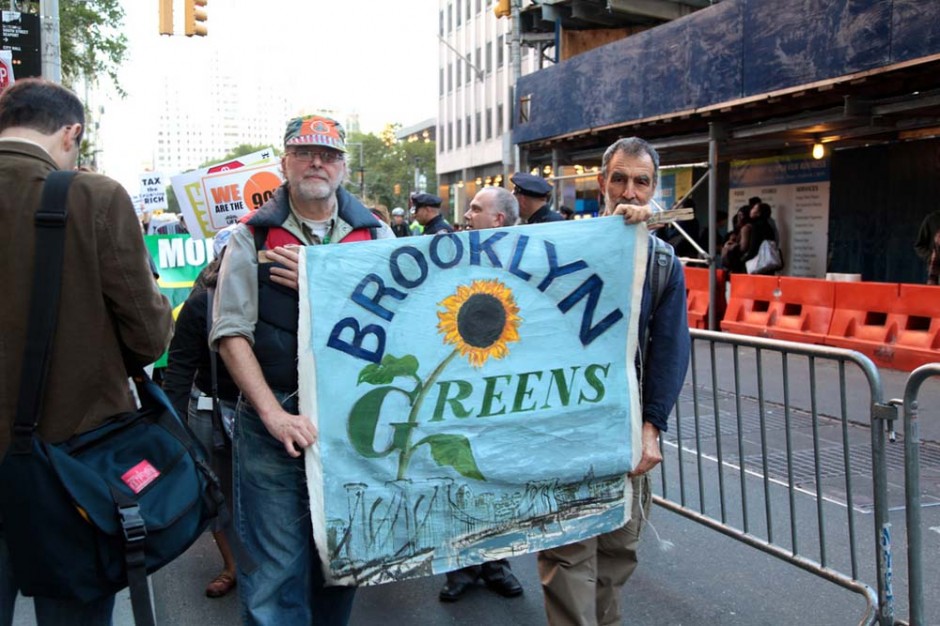 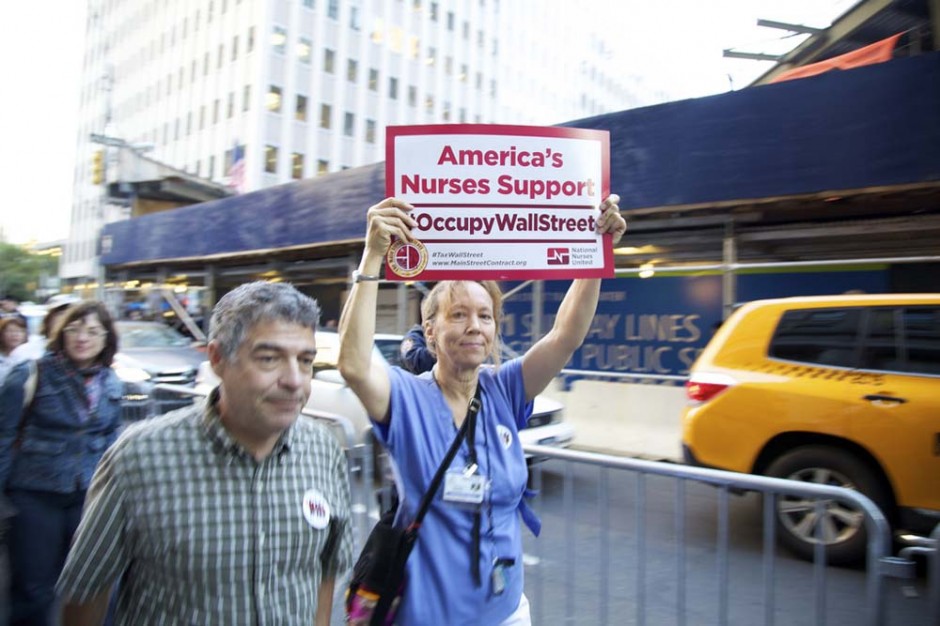 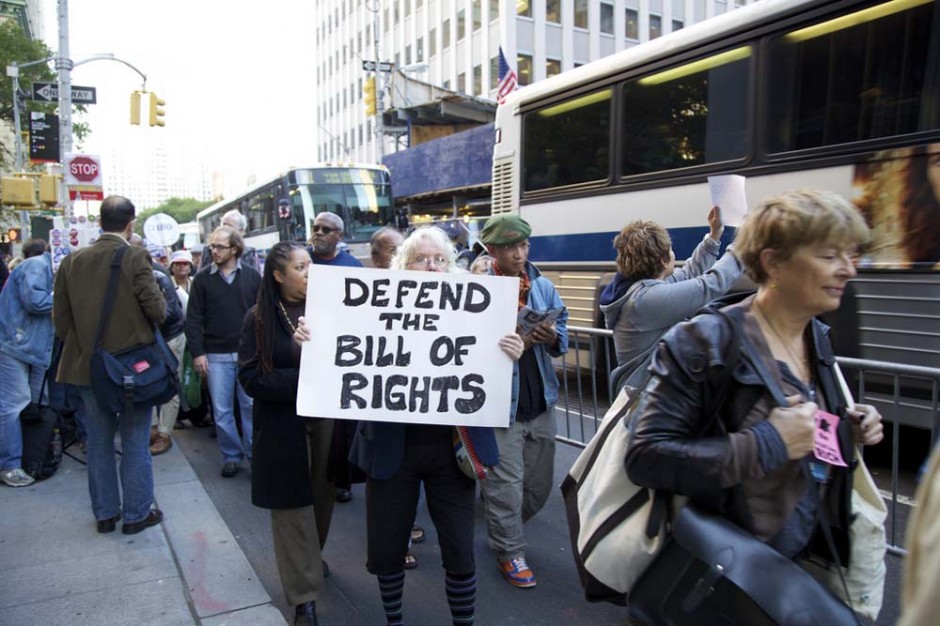 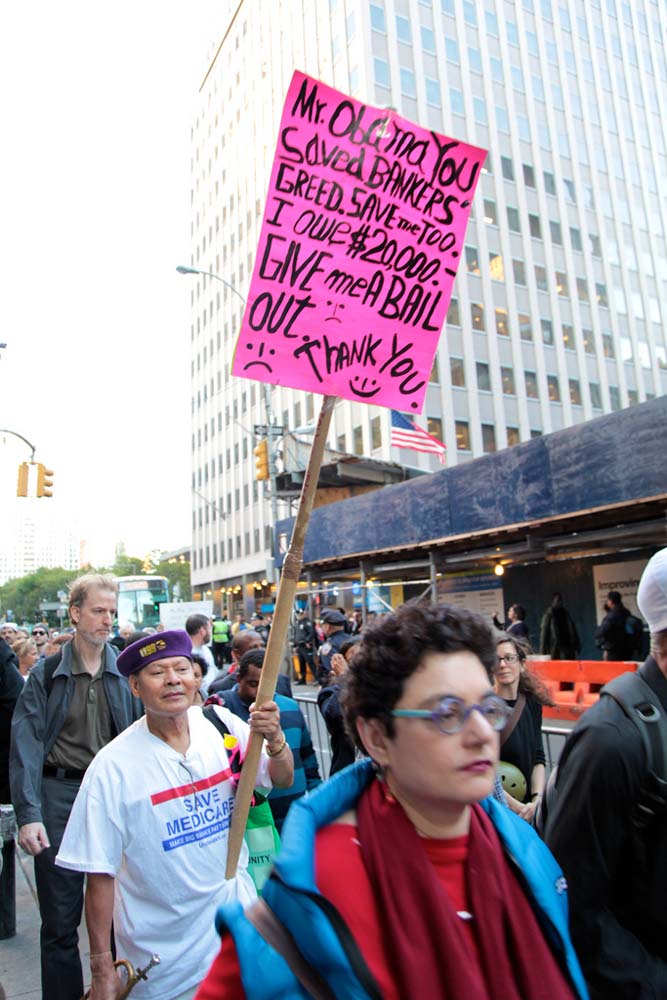 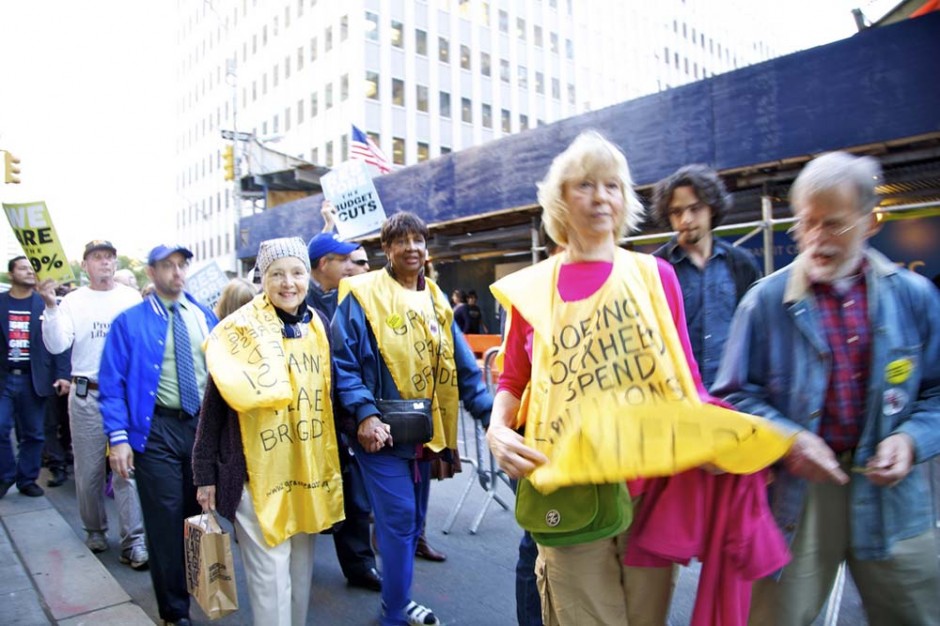 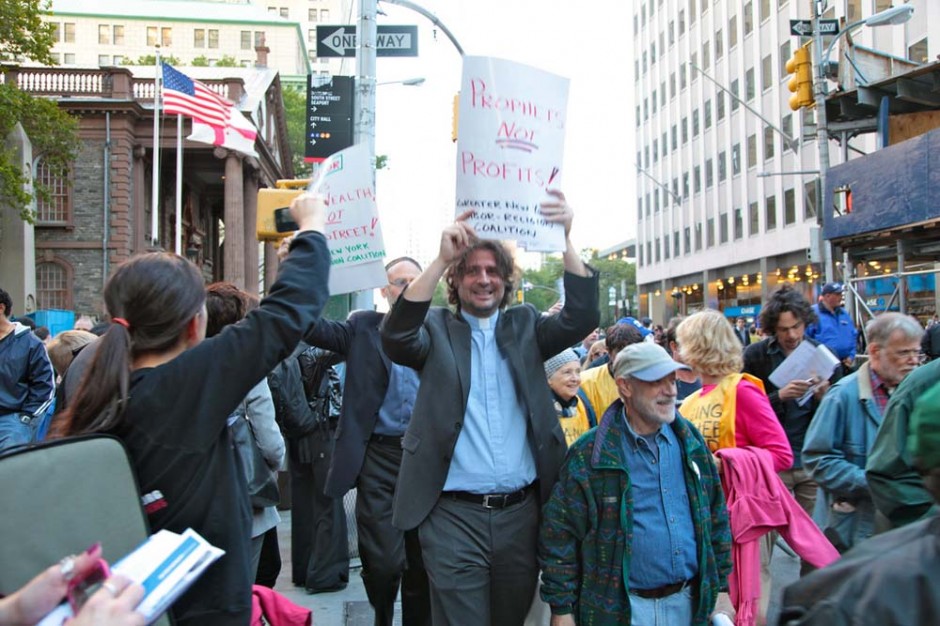 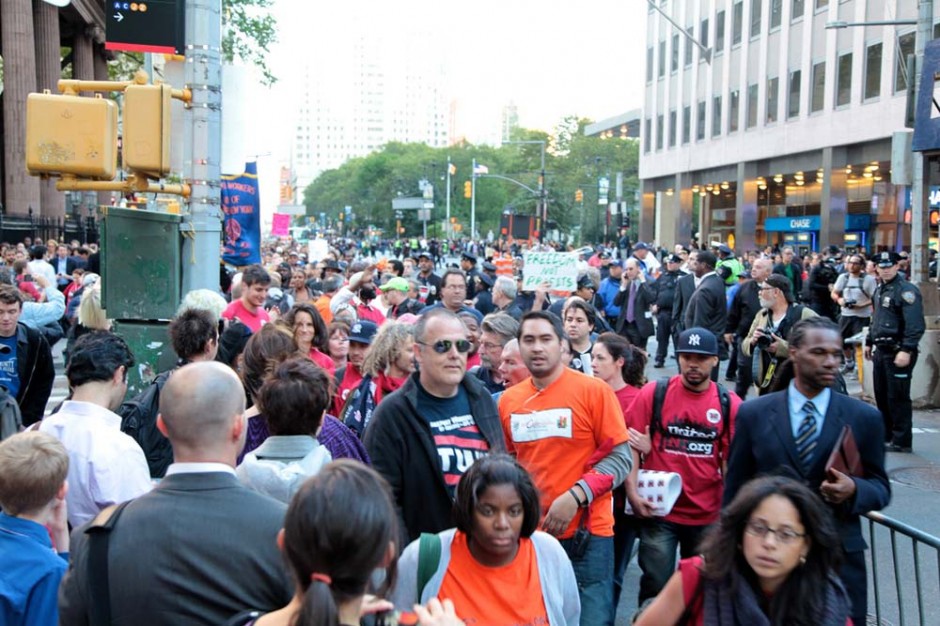 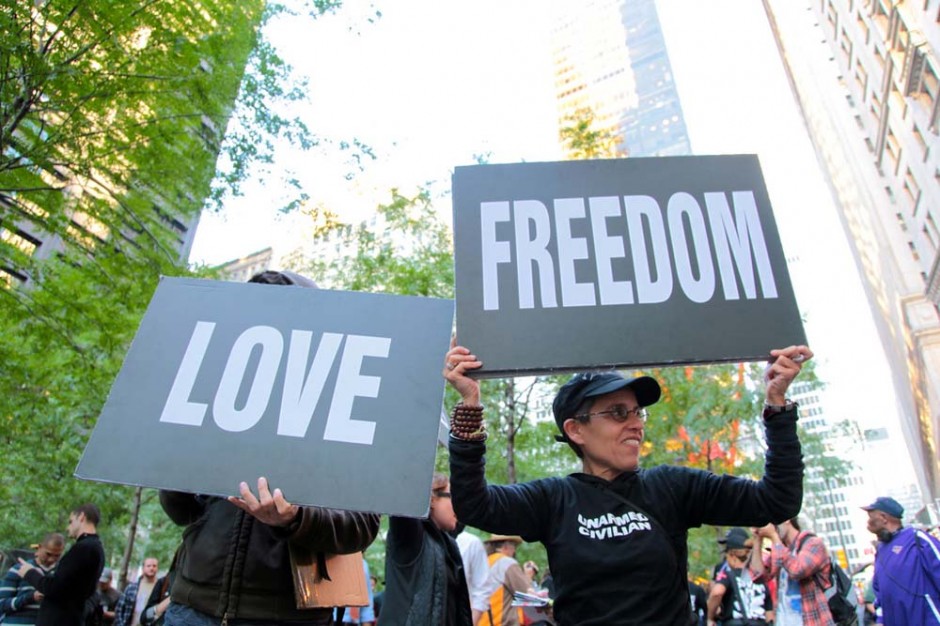 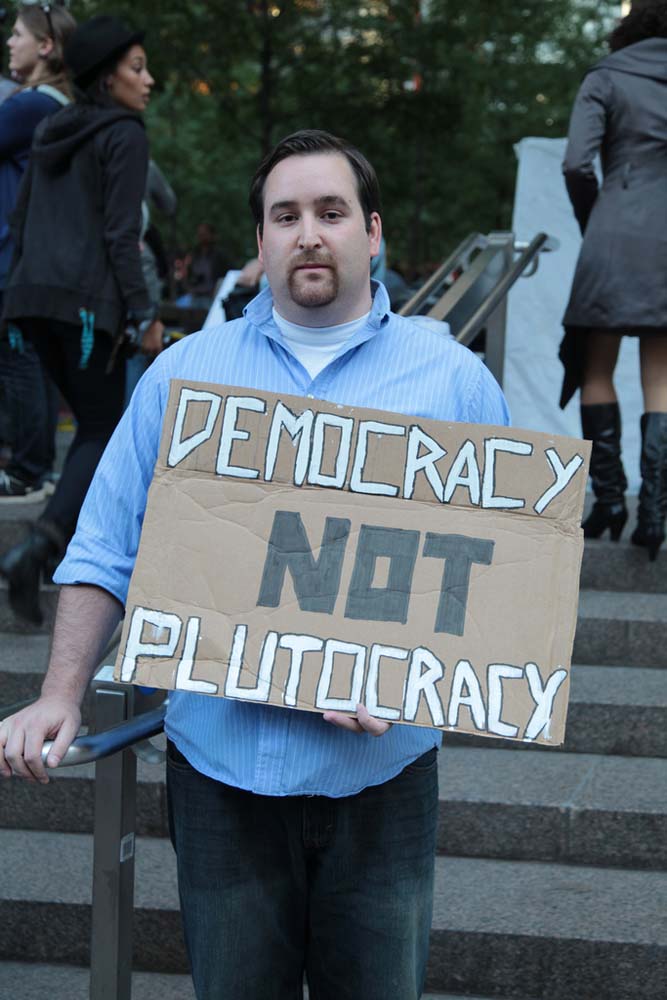 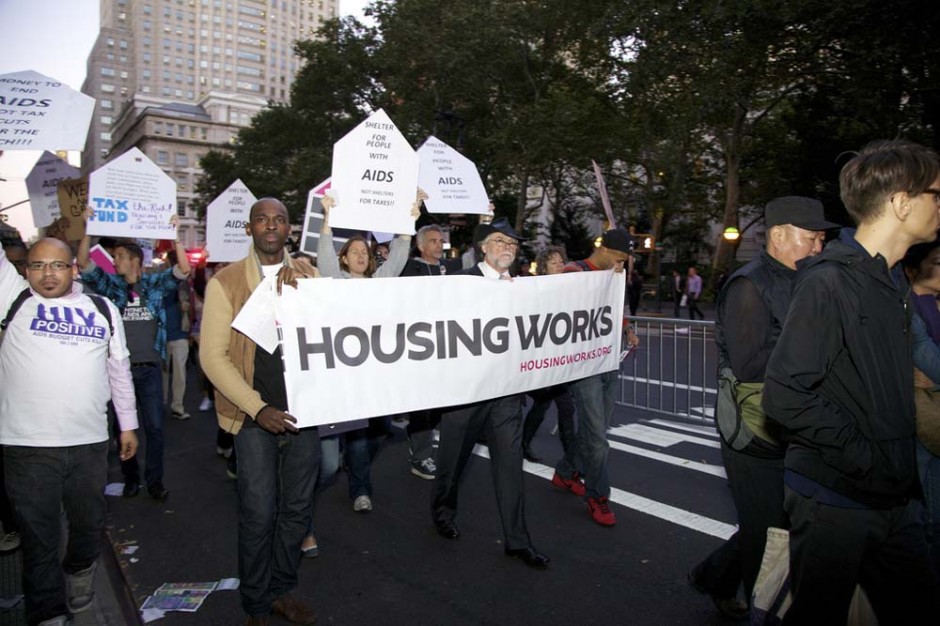