Now that you’ve explored the old city on your first day in Bangkok and experienced Chinatown on your second day, it’s time to hop on a train for the one-hour journey to Ayutthaya and visit the ruins of the former Thai capital. After a day of exploring the ancient ruins, return to Bangkok for a night of fun in the party hub of Southeast Asia.

An hour-long train ride north of Bangkok lies Ayutthaya, the former Thai capital. Invading Burmese armies sacked the city in 1767, leaving behind ruined temples, fortresses, and palaces. Today, this UNESCO World Heritage site makes a fascinating and convenient day trip from Bangkok and offers a respite from the bustling city.

Arrive at the Hua Lamphong Train Station in the morning and hop on one of the frequent trains to Ayutthaya. There is no need to get breakfast before you board the train as vendors selling fried rice, egg rolls, sugary iced coffee, and hot tea circulate through the cars. Order food from these ambulatory vendors and enjoy breakfast while watching the countryside.

Explore the ruins of Ayutthaya 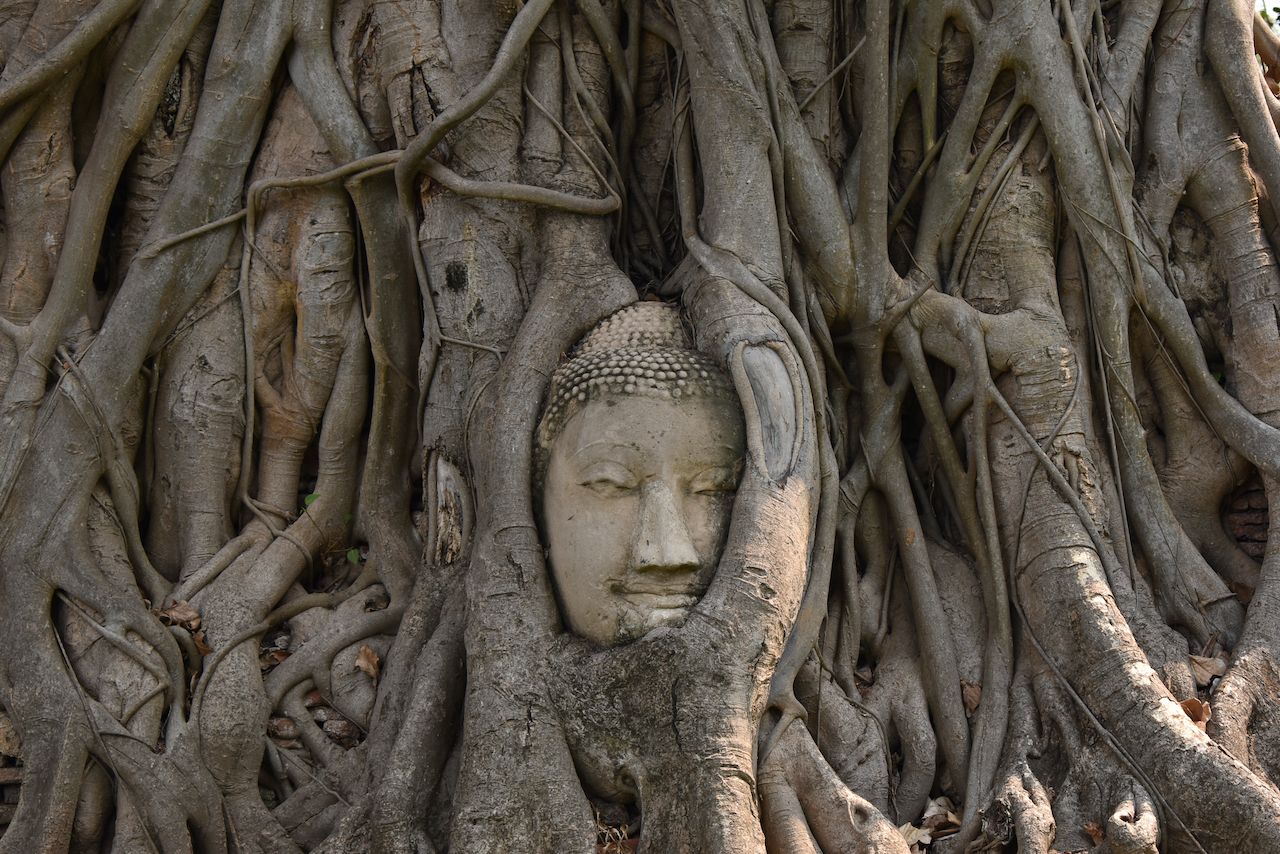 At the Ayutthaya rail depot, rent a bike or scooter from the Nongnine Bike & Bar or hire a local guide and take a tour in a tuk-tuk of Ayutthaya Historical Park. Either way, your first stop at the park should be Wat Maha That, a ruined temple with brick columns and stone Buddhas in various states of photogenic decay. The temple features the most iconic sight in Ayutthaya, a stone Buddha head suspended in a banyan tree. 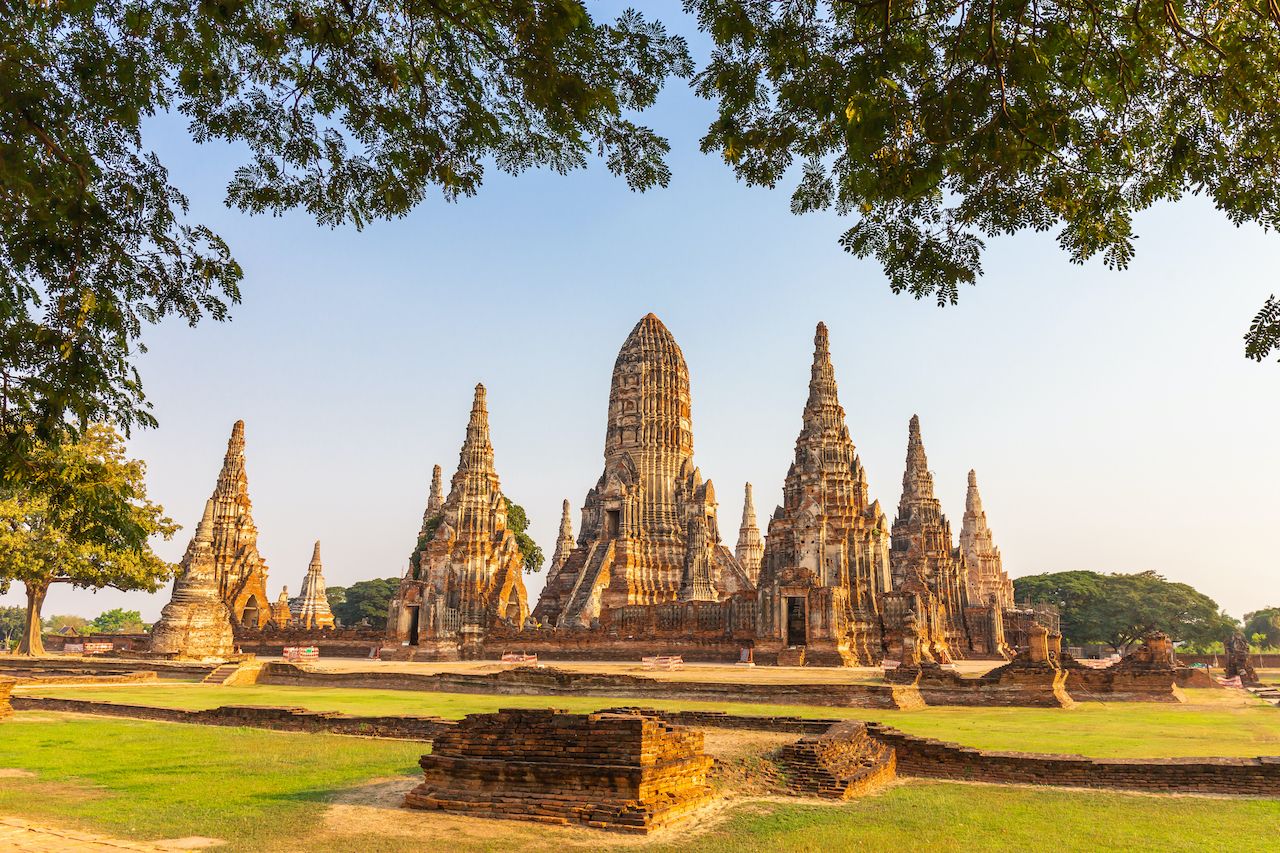 Continue traveling west, exploring the ruins, restored temples, and leafy parks until you arrive at Wat Phra Si Sanphet, a temple complex with several white brick stupas and a rebuilt temple featuring a giant golden Buddha statue. Keep traveling west and cross the Chao Phraya River to the Wat ChaiWatthanaram, a ruined temple with red brick stupas and several massive stone Buddha statues that will yield your most Instagrammable photos of the day.

Grab a bite in Ayutthaya before traveling back to Bangkok 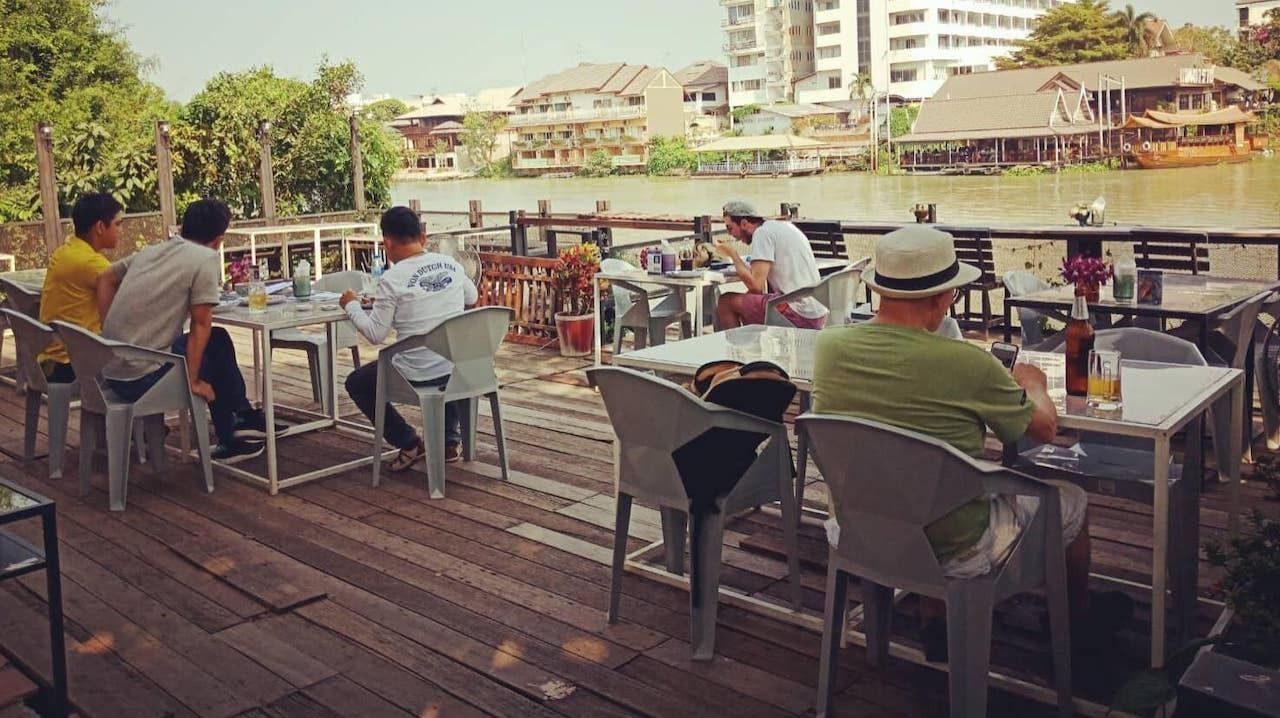 Return to the train station and grab a quick bite before heading back to Bangkok. If you have time and want to chill out with a drink, grab a table at Baan Kun Pra, a riverside Thai restaurant with a beautiful view. Drink a cold beer and indulge in deep-fried banana samosas.

Have dinner with a view or to support a cause 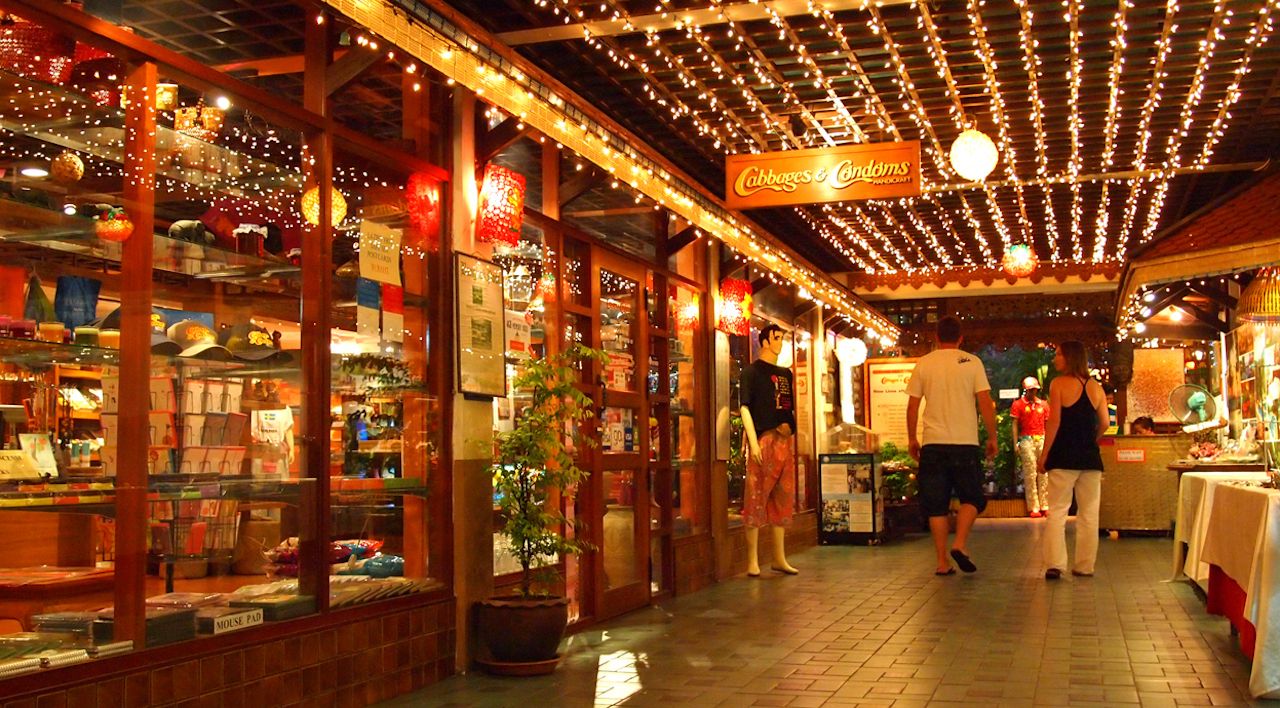 Back in Bangkok, it is time to get dressed up for a night out. Start your evening at Brewski, an unpretentious beer pub atop a downtown skyscraper. Since you are likely ravenous from a day of exploration, feast on a double-dog — the two-foot-long hot dog that is served on a meter-long cutting board, and wash it down with a craft brew in a frosty mug. Alternatively, have dinner at the quirky Cabbages and Condoms, a downtown restaurant with a message of safe sex. Be sure to try the mieng khum, an appetizer of dried shrimp, peanut, ginger, deep-fried coconut, chili, onions, and sweet sauce wrapped in betel leaves.

Dance the night away at a Skybar 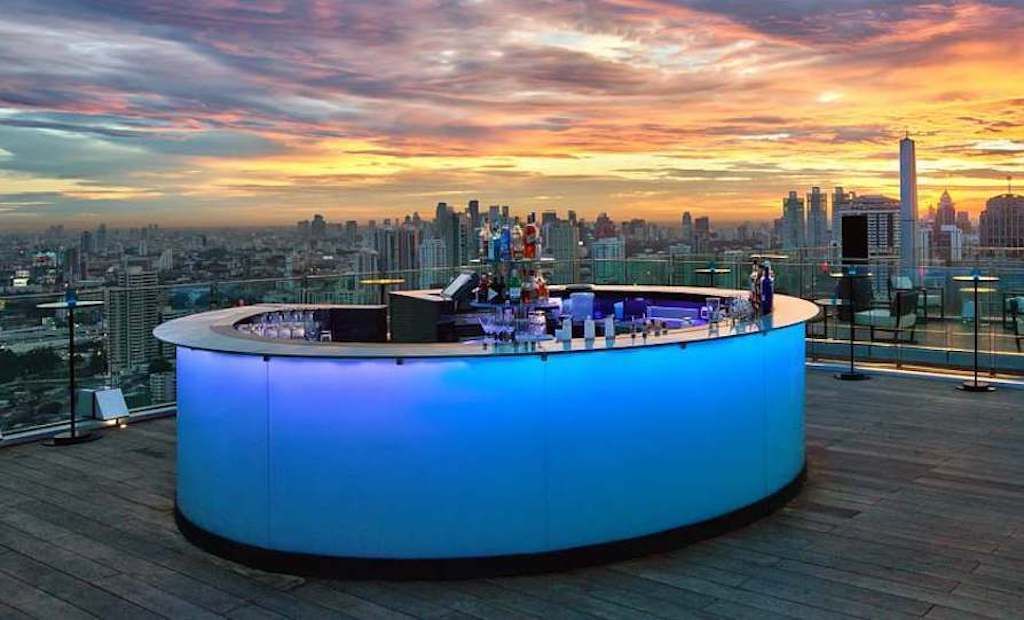 The night is still young. After dinner, ride the Skytrain to Thong Lo station and take the elevator to the Octave Roof Lounge & Bar, a swanky club with a 360-degree view of the metropolis. Dance the night away to the house DJ, or enjoy the music and views while pondering the incredible three days you just spent in Bangkok.