Only 24 hours is still enough time to catch some of Mexico City’s major highlights. Centro Histórico, Paseo de la Reforma, and Chapultepec are all within walking distance and packed with attractions that will make you feel like if you’ve spent a whole week in this bustling metropolis.

Starting your day in Centro will put you in the right place to hit up some of the city’s favorite breakfast spots. Head to Cafe Tacuba in Tacuba street or to El Cardenal in Palma street. Order some chilaquiles and coffee, and definitely try some of Mexico’s traditional sweet bread. 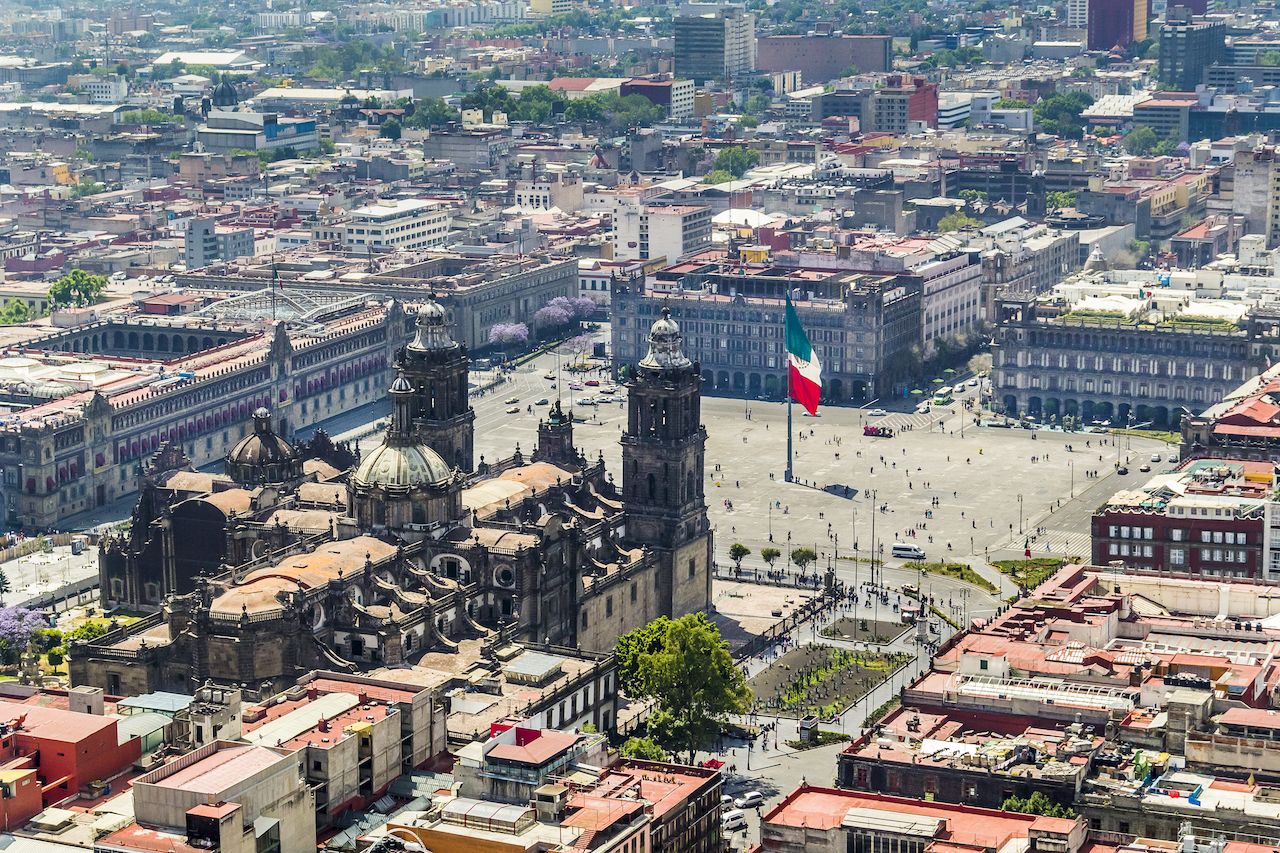 The best place to start exploring Centro is the city’s main square, Zócalo, where the Metropolitan Cathedral and the National Palace are right next to each other. Just behind the Cathedral, you’ll find the ruins of Templo Mayor, the main ceremonial building of the old Aztec city of Tenochtitlan. Feel free to explore the surrounding streets at your leisure. Most of the buildings around are centuries-old, and a good part of them are open to the public.

Before leaving the area, head to Bolivar street and grab some tacos at Los Cocuyos. This is probably the best taco stand in Mexico City and an experience you shouldn’t miss. 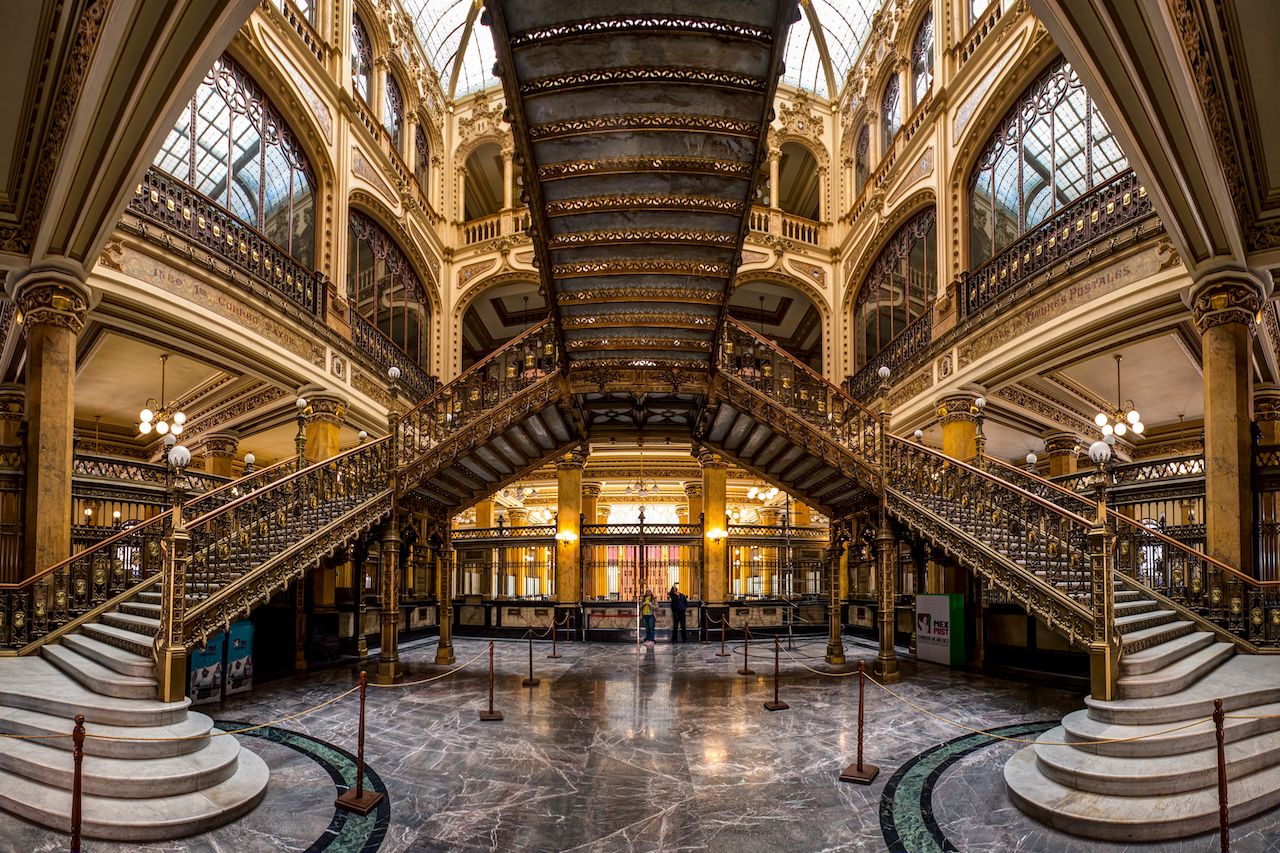 From Los Cocuyos, head north towards Madero Street and continue east until you come face to face with the impressive Palacio de Bellas Artes. The palace is beautiful on the inside, too, and it’s decorated with murals by some of Mexico’s most renowned artists. Just across the street, you’ll find two of the most beautiful buildings in Mexico City. The Palacio de Correos, or Postal Palace, is a remarkably ornate structure that’s still used for its more pedestrian function of handling mail. The equally stunning National Museum of Art has some remarkable permanent and temporary exhibitions.

For a birds-eye view of Centro — and most of the city — the best option is to go to the lookout at the top of the Latin American Tower. That said, if you want the best view of the Bellas Artes neighborhood, just get to the eighth floor of the Sears building, right in front of the palace, and head towards the terrace of Finca Don Porfirio. You can also sip on some traditional Mexican beverages as you enjoy the view.

Ride a bike through Reforma 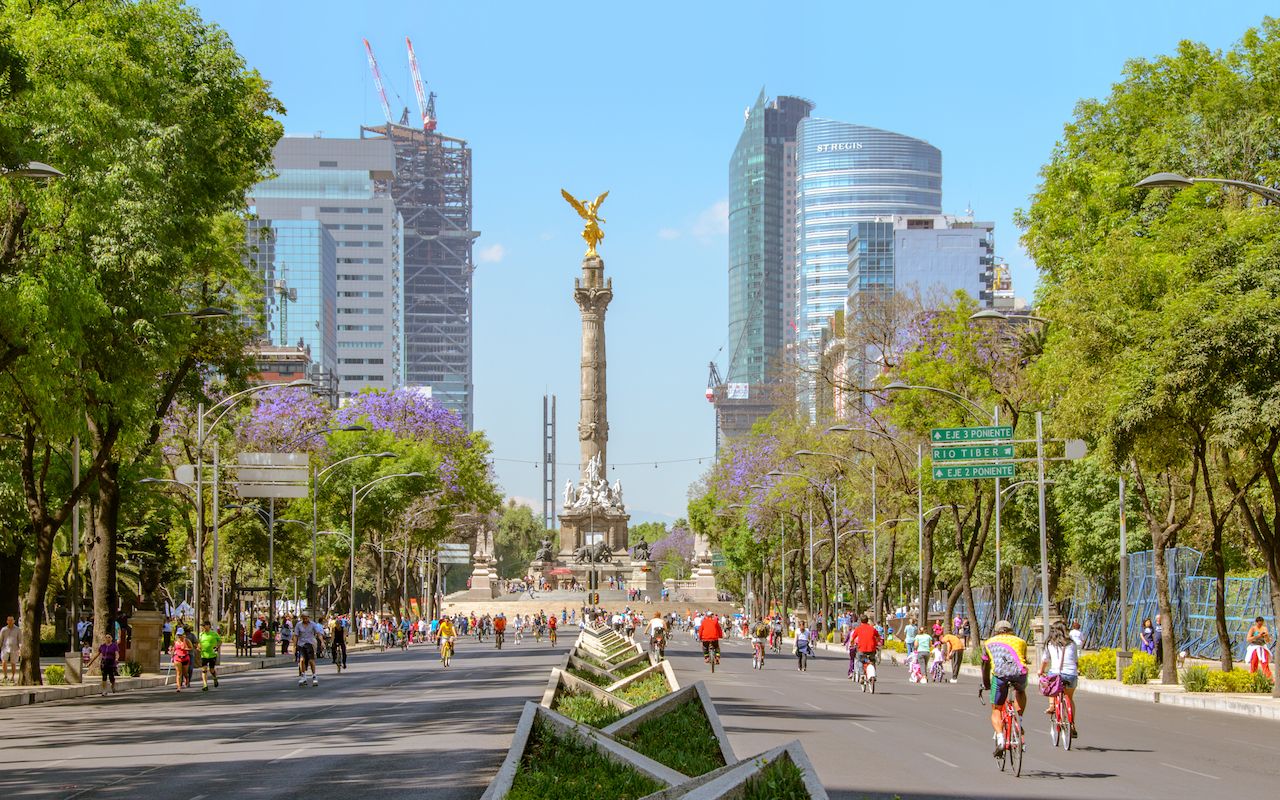 Once you’re finished with Bellas Artes and its surroundings, continue east until you spot the Revolution Monument. The big avenue you’ll come across is Paseo de la Reforma. Rent a bike here and head towards the Chapultepec park. On your way, you’ll pass some of the city’s most famous monuments, such as the Angel of Independence and Diana the Huntress. 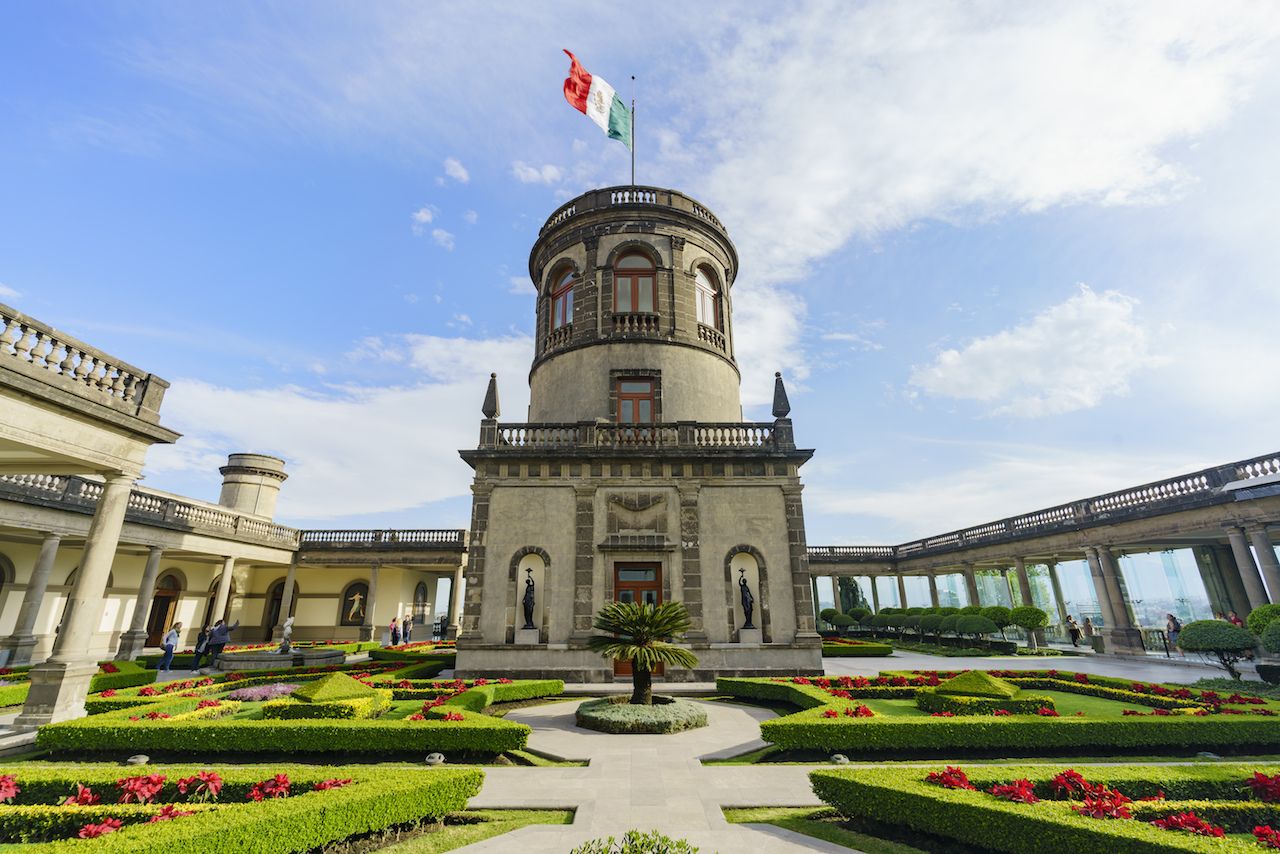 You’ll spot the castle in the distance from the main gates of Chapultepec. Continue straight and up the hill, and you’ll soon find yourself in the only royal castle of the Americas. This is also the National Museum of History, and it has plenty of rooms to explore and some of the greatest views of Paseo de la Reforma.

It’ll be evening by the time you leave Chapultepec. Polanco, just on the other side of Reforma, has some of the best dining options in town, including Pujol, Mexico City’s most renowned restaurant and the best place to try Mexican contemporary cuisine by famous chef Enrique Olvera. Be sure to try his iconic take on classic mole. 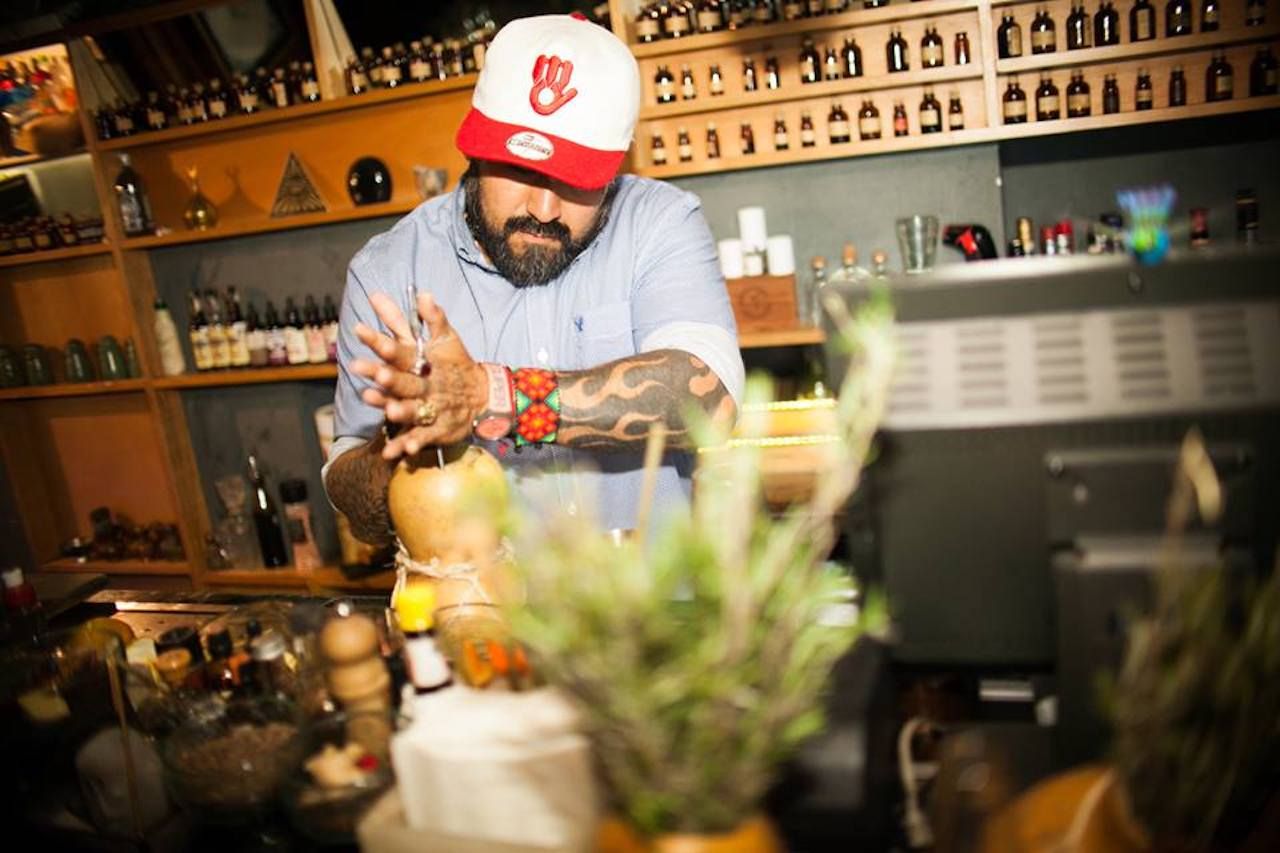 Head back to the Independence Monument and explore the surrounding Zona Rosa. This is a great place to party and one of Mexico City’s most happening international hubs. Try the underground cocktail bar Xaman for expertly mixed cocktails and live DJs. Remember there’s always a late-night street food stand waiting for you after one too many mezcals.