“This is Nature’s own reservation, and every lover of wildness will rejoice with me that by kindly frost it is so well-defended,” wrote John Muir, nearly celebrating the hardships hopeful miners faced getting to Alaska only to hammer their way into its depths. Though Muir lamented its turn to industry, he admitted, “On the other hand, the roads of the pioneer miners will lead many a lover of wildness into the heart of the reserve, who without them would never see it.”

And so it was. With gold found in these hills just before the turn of the 20th century, this land of many names skyrocketed into the common American household, a second chance at a jeweled frontier. Ultimately it would be a prospector, William Dickey, who would suggest the park — and the mountain — be named McKinley, in honor of the President-elect. This proposed name was all but assured by 1901 when McKinley was assassinated, and in 1917, the Mount McKinley National Park Act was signed into law.

All this is, of course, ignoring the mountain’s history prior to the Klondike Gold Rush. For millennia, this grand peak was “Denali,” or “the high one,” in Athabascan. It was never a name lost to the willows, murmured only by peoples eradicated — in a 1913 memoir, Belmore Browne, one of the park’s first defenders, noted: “In looking backward over the history of the big mountain, it seems strange and unfortunate that the name of McKinley should have been attached to it.” Hunter-naturalist Charles Sheldon, ardent advocate of the park and its wildlife, wrote in 1930, “The Indians [sic] who have lived for countless generations in the presence of these colossal mountains have given them names that are both euphonious and appropriate….Can it be denied that the names they gave to the most imposing features of their country should be preserved? ”

This debate would go on for decades. Ohio — McKinley’s home state — spent 40 years making sure their golden boy got his far-away recognition. In 1975, the state of Alaska petitioned the US Board on Geographic Names to change the name of the great mountain. Finally, in 2015, Secretary of the Interior Sally Jewell used her power and the swiftness of her pen to restore the mountain’s original name, and Denali was reborn, both 60 million years in the making and, once more, brand new.

While Denali doesn’t have as many museums or cultural activities as some other national parks in the contiguous 48, these options help you take in as much of its history as possible. 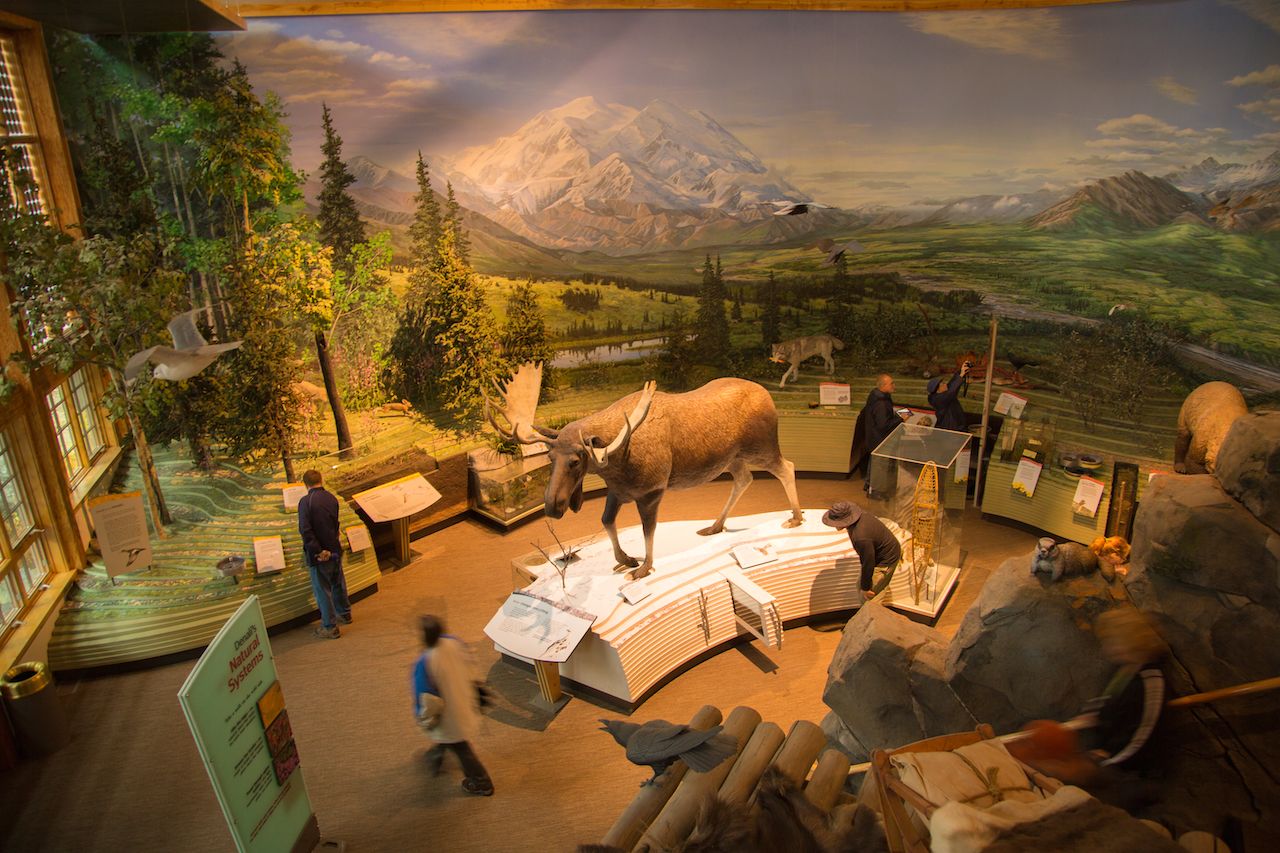 Denali Visitor Center and Museum Collection — To learn more about Denali’s history, head to the Denali Visitor Center near the entrance of the park. For those who’d like a deeper dive, make an appointment to view the Museum Collection by calling (907) 683-9536. The collection houses more than 370,000 items including the most complete showcase of cultural and archaeological objects from indigenous peoples and early settlers of the region. Beyond physical objects, the photos and slides offer a visual perspective on the park’s history from its historical animal and plant life to the more modern mountaineers that come to test their limits on the peaks. 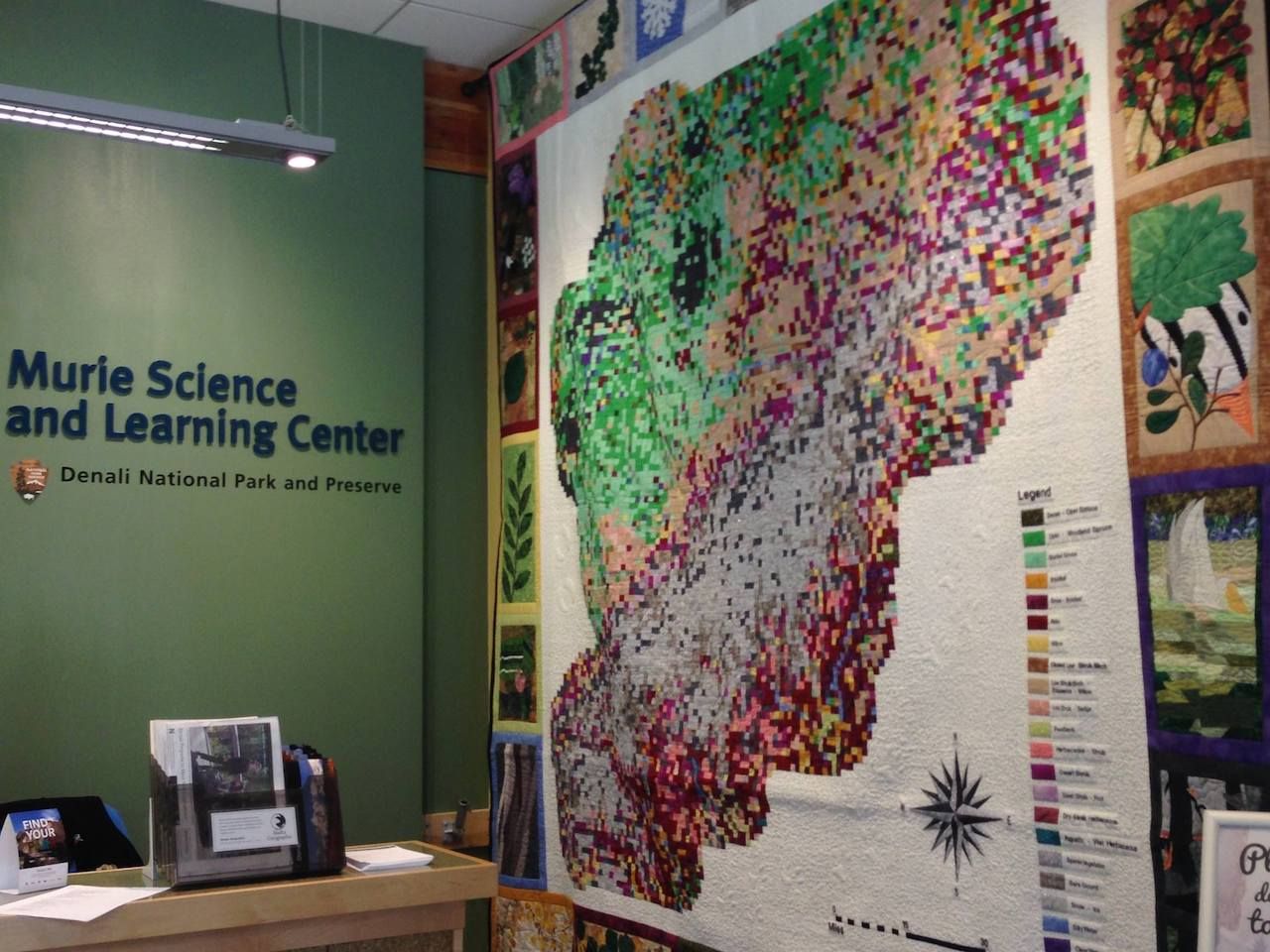 The Murie Science and Learning Center — In the off-season, the Murie Science and Learning Center (MSLC) serves in the Visitor Center’s place, but it also has limited hours during the summer. The focus of the MSLC is to promote science and stewardship, particularly for children. Research from scientists are out on display, and there are several activities geared toward kids — including looking at dinosaur tracks. A few fossils are even able to be touched, for curious kids and adults alike. 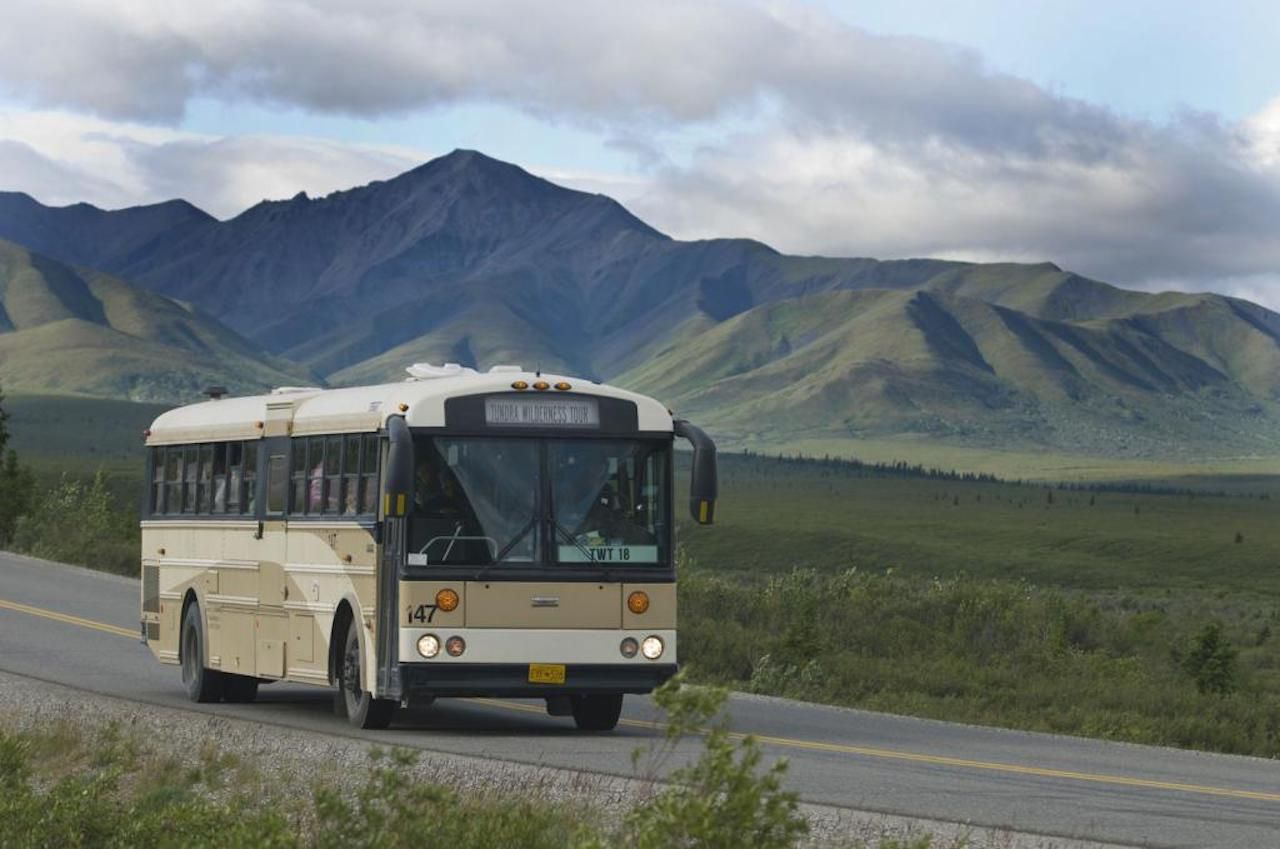 Denali Natural History Tour — If visiting in the summer, nothing tops the Denali Natural History Tour from Denali Park Village when it comes to a guided learn on the park itself. Allow most of a day to spend with the group, which will venture as far as Teklanika Flats at Mile 25. Along the way you’ll see the park’s original ranger cabin and get an overview of the park, its people, and its history — stretching back 1,000 years.

Tours cost around $120 for adults and $50 for children, and the price includes the park entry fee. Tours last approximately five hours. 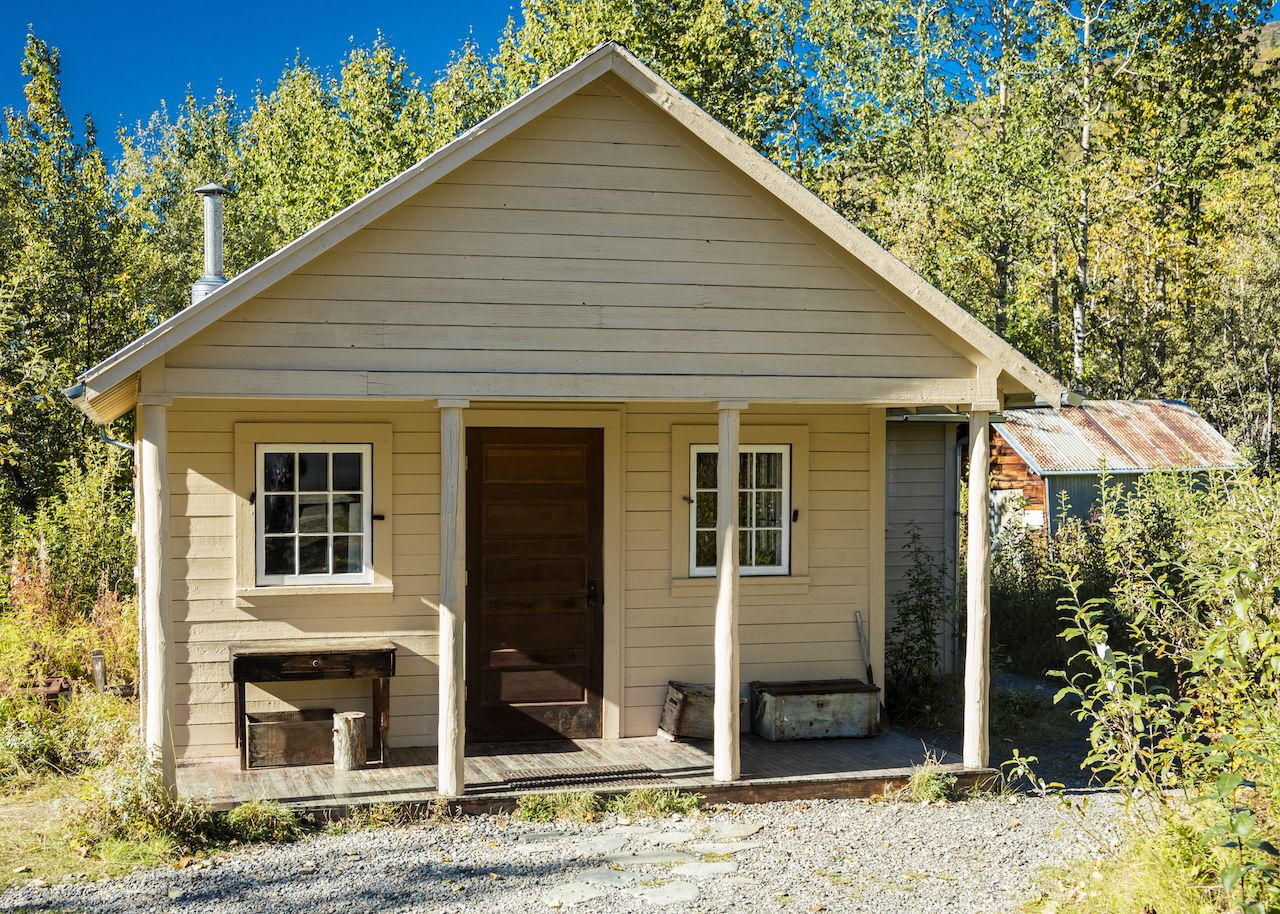 Tours cost around $240 for adults and $113 for children, and the price includes the park entry fee. Tours last all day, approximately 12 hours with a fairly long bus ride in and out. 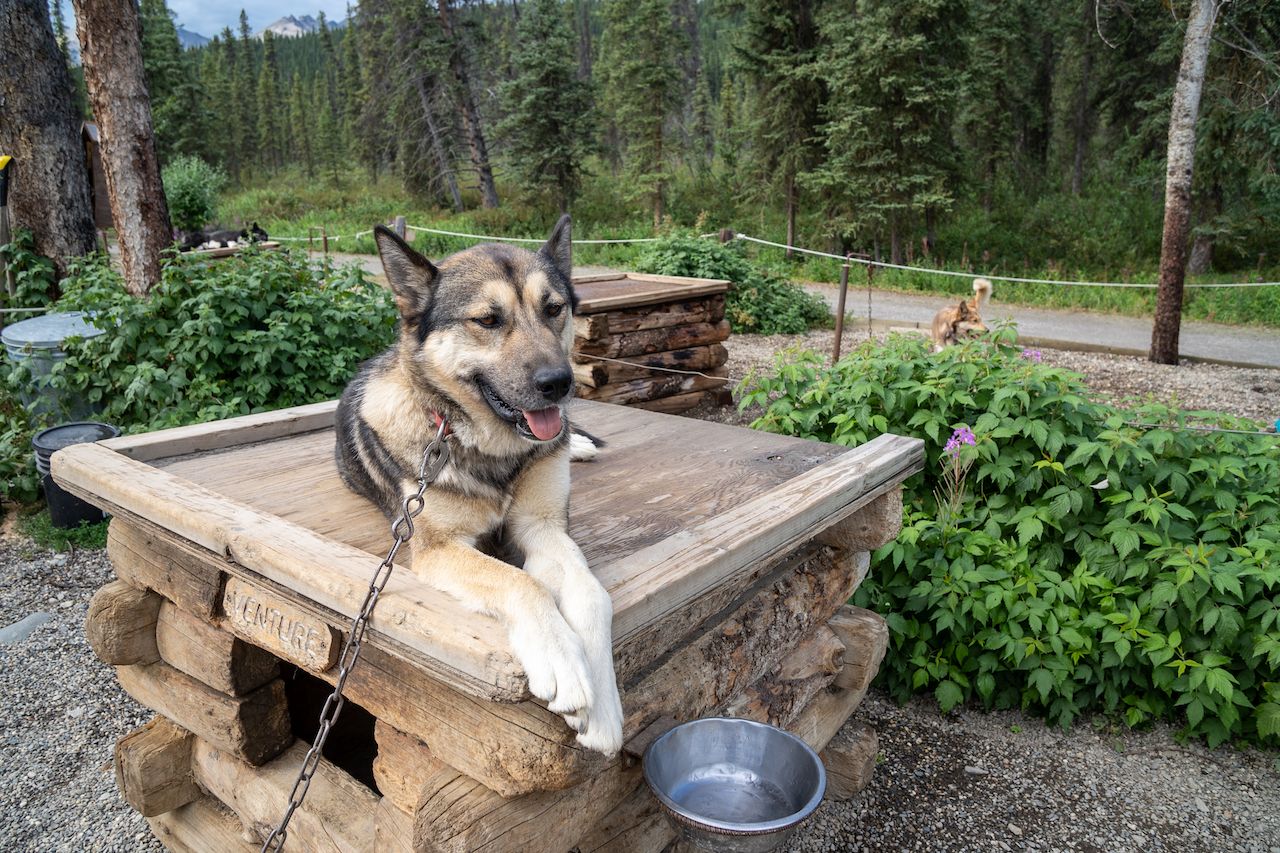 Sled dog kennel — By any standards, sled dogs are among the most hard-working, adventurous dogs on the planet. Denali is the rare place that actually gives you a chance to mingle with the pups that pull those big sleds, with the bonus of not having to trudge through snow to do so. Park rangers offer daily 30-minute sled dog demonstrations throughout the summer. A free bus shuttles visitors from the Visitor Center to the kennel, or you can make the 1.5-mile hike on foot. Demos happen at 10:00 AM, 2:00 PM, and 4:00 PM. 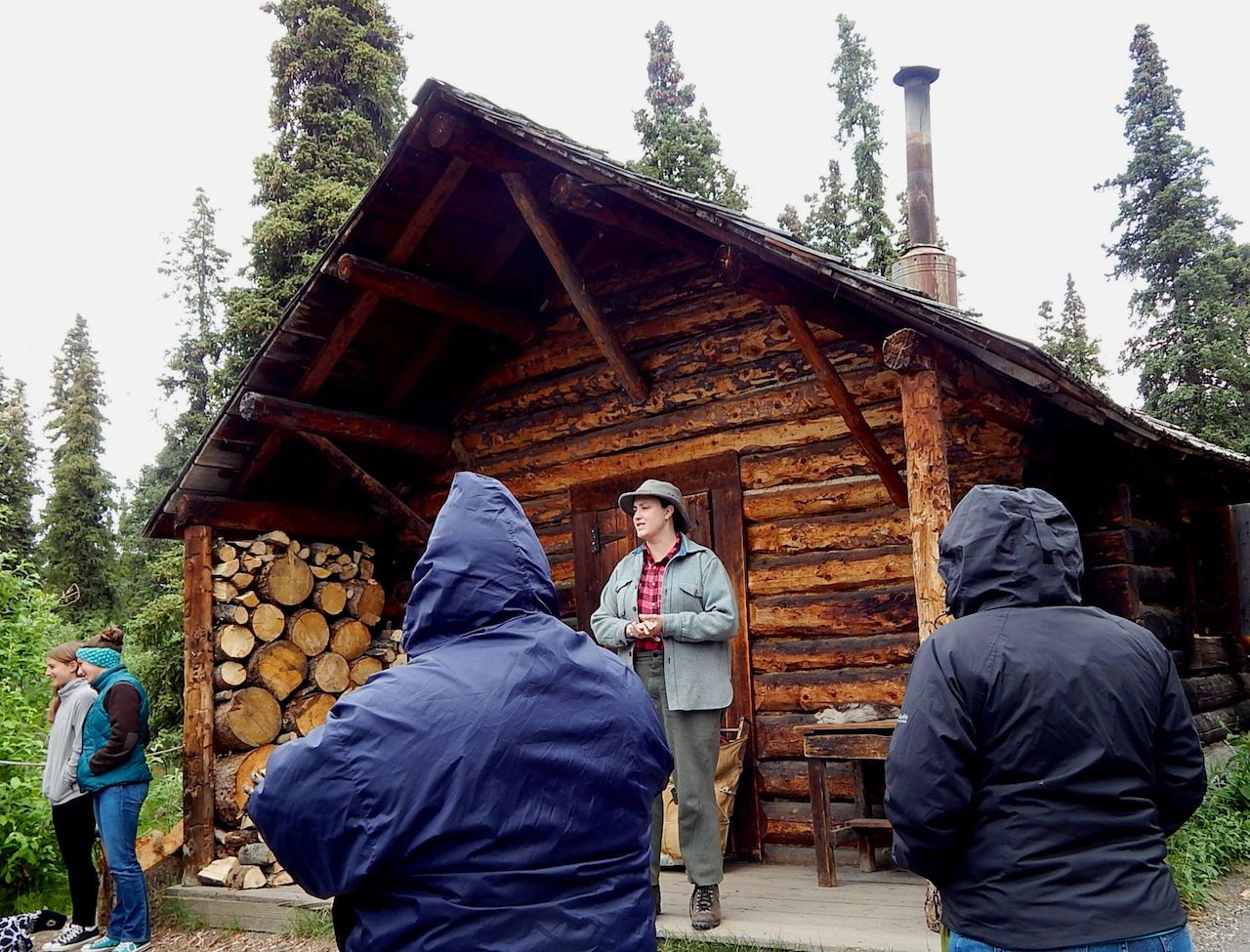 Ranger talks — What better way to learn about what you’re looking at than from the people who literally live and breathe Denali? Ranger talks are available throughout summer. They’re held weekly in the evening at campsites and at the MSLC, as well as daily (except Sundays) at the McKinley Chalet Resort amphitheater.

Cultural Resource Program — The park’s Cultural Resource Program offers a series of videos that dive into different cultural and historical aspects of the park and surrounding region, such as an archaeological study and an overview from tribal elders discussing life before modern technology reached the area. While nothing beats experiencing the park itself, the videos make for a solid pre-trip research session.

Editor’s note on Chris McCandless abandoned bus 142: One of the most searched questions in regards to Denali National Park is about visiting the abandoned Fairbanks Bus 142, where hiker Chris McCandless tragically died in 1992. The incident was made infamous by the book and subsequent film Into the Wild. While not in Denali National Park, it sits just at the northern border and has inspired hundreds of pilgrimages to the site. Unfortunately, many people have died trying to reach the bus, as recently as 2019. It is highly, highly not recommended to attempt to visit. Doing so also endangers first responders.