A complete trip to Denali National Park includes completing a five-point checklist. Alaska’s “Big Five” wildlife sightings are all available here, so keep your eyes — and cameras — peeled for bears, caribou, sheep, moose, and wolves. While you’re never guaranteed a sighting, and you should never approach or disturb these animals, these spots offer the best chance to catch a glimpse. 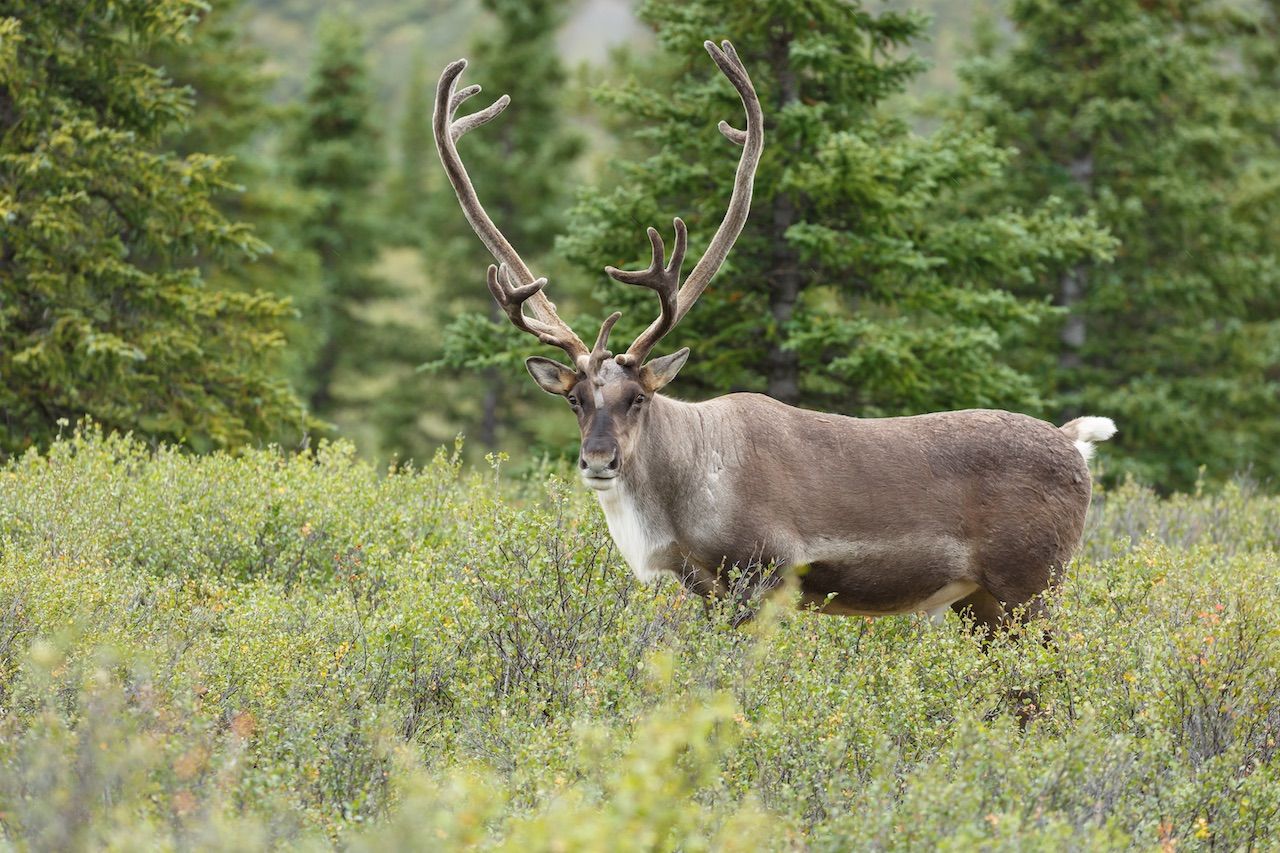 Caribou — The Denali caribou herd lives almost entirely within the surrounding preserve, making them the most common of the major wildlife sightings. Keep an eye out for antlered caribou feeding in open spaces. If you’re lucky, you may drive upon some near the side of the road. Out on the trails, you may see them feeding in the distance, particularly around Savage River. Caribou are equally visible in winter as in summer. 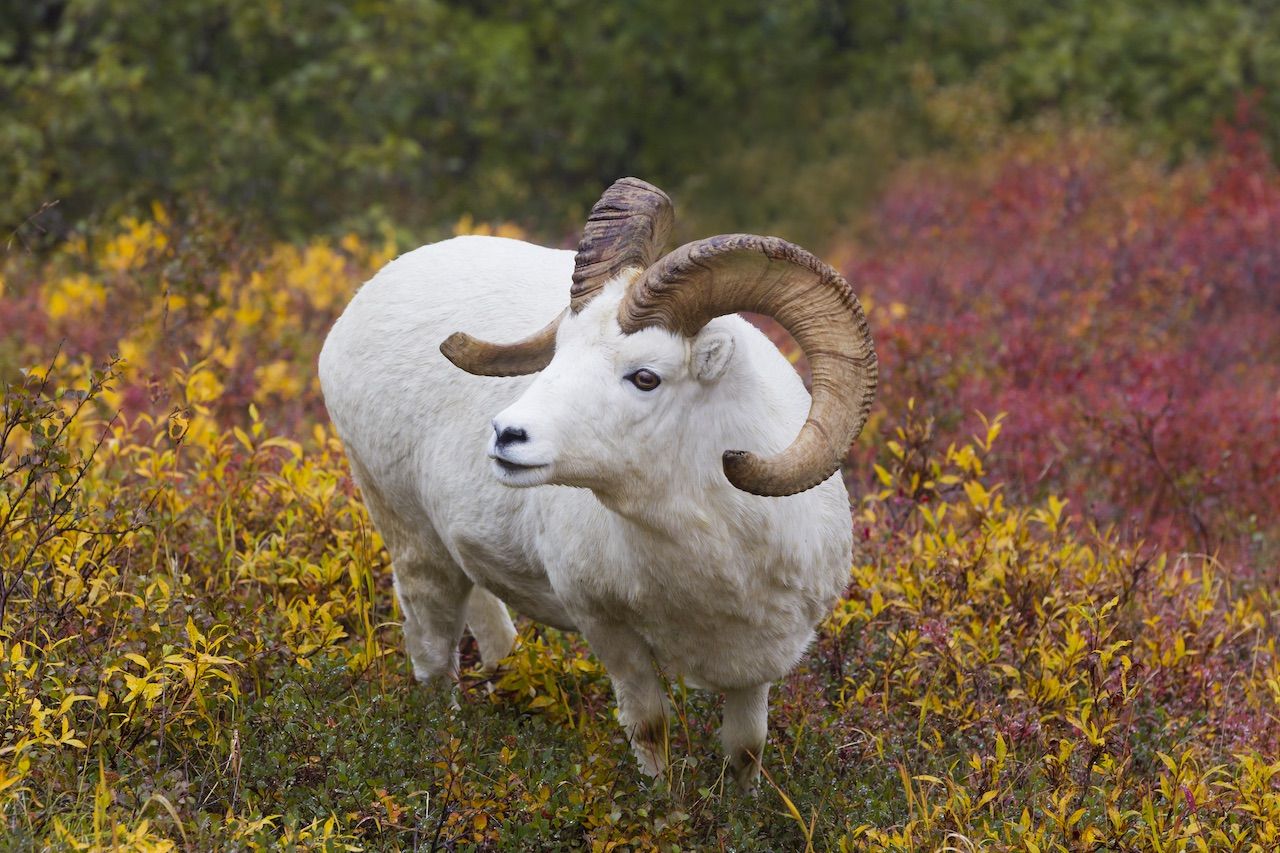 Dall Sheep — The park’s 2,000-plus Dall sheep primarily live west of the Savage River and are most commonly spotted from Toklat and Igloo Canyon. If your checklist needs only the sheep and you’ve already visited those spots, stop at mile 15 and do a 360-degree lookout. You might get lucky. You’ll spot them at any time of year. 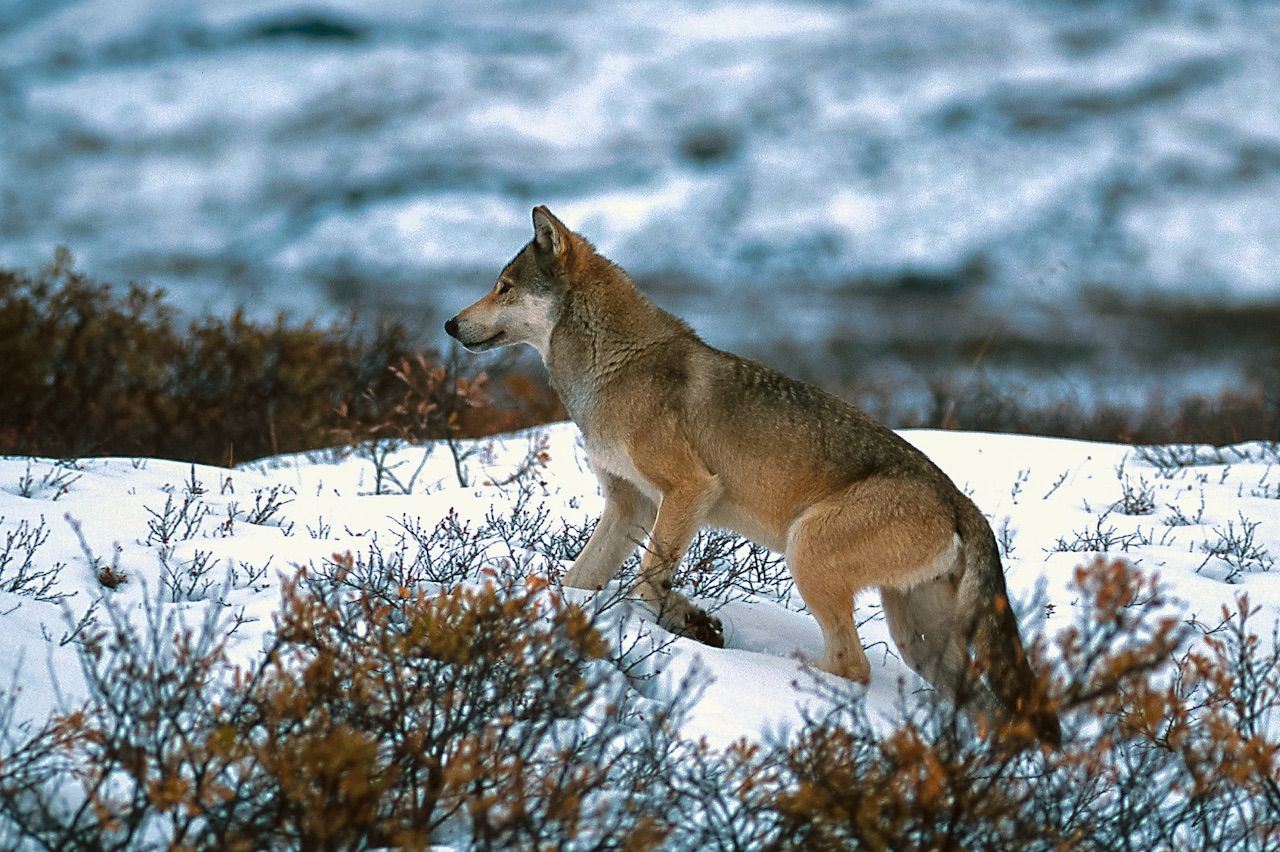 Wolves — You may come across wolves first on a trip, as they are common near the park’s entrance and, in fact, Denali is well known as an excellent place to see wolves in the wild. Because wolves feed on the sheep, caribou, and other animals in the park, there’s a good chance that if you’ve spotted another animal, wolves may be nearby. Wolves are active all year long. 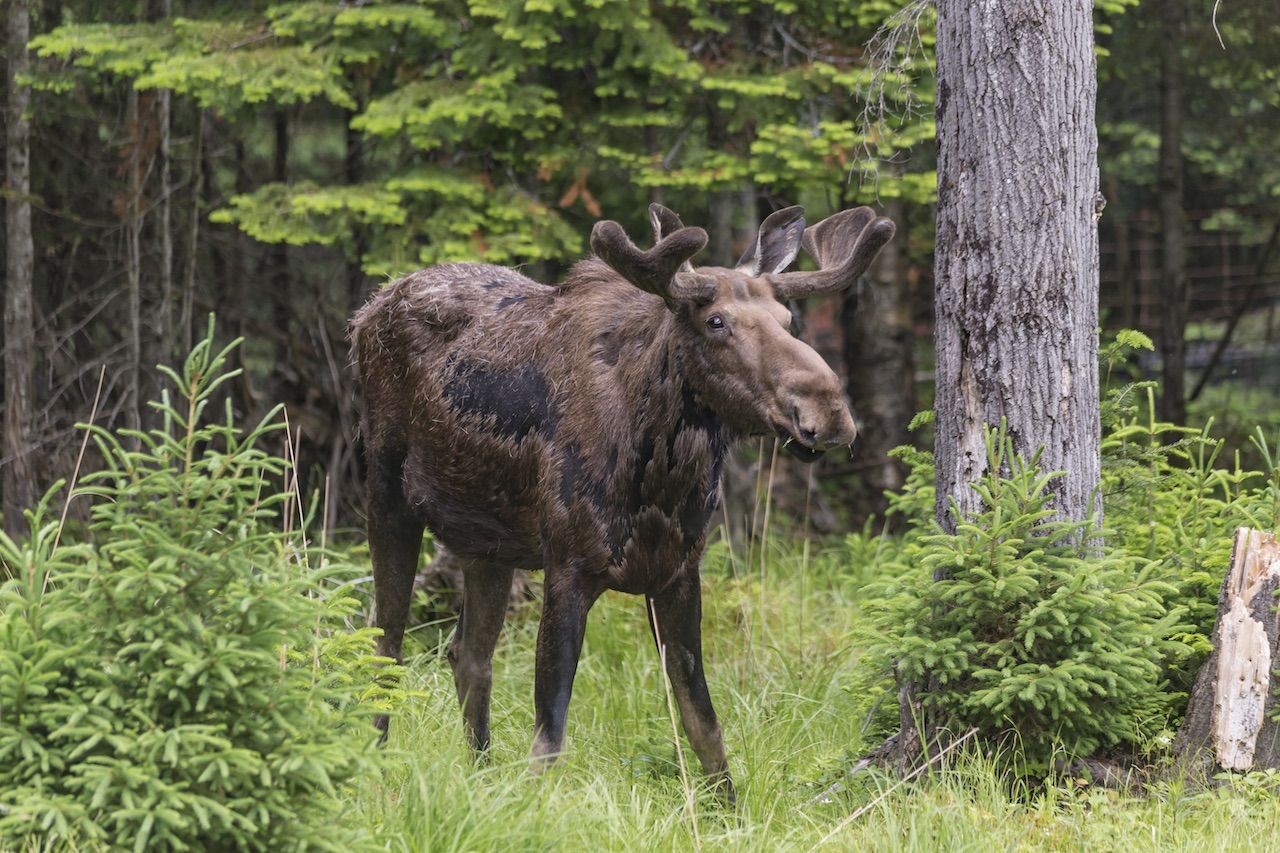 Moose — Moose are often not shy about crossing roads or hanging out alongside them. You are most likely to see them near the park’s entrance and within the early part of the drive, grazing on willows. Moose can be aggressive. Do not engage with them and do not exit your vehicle to attempt to photograph a moose near the road. You’ll see moose in any season and may even spot them more easily in winter when the forest’s deciduous trees have lost their leaves. 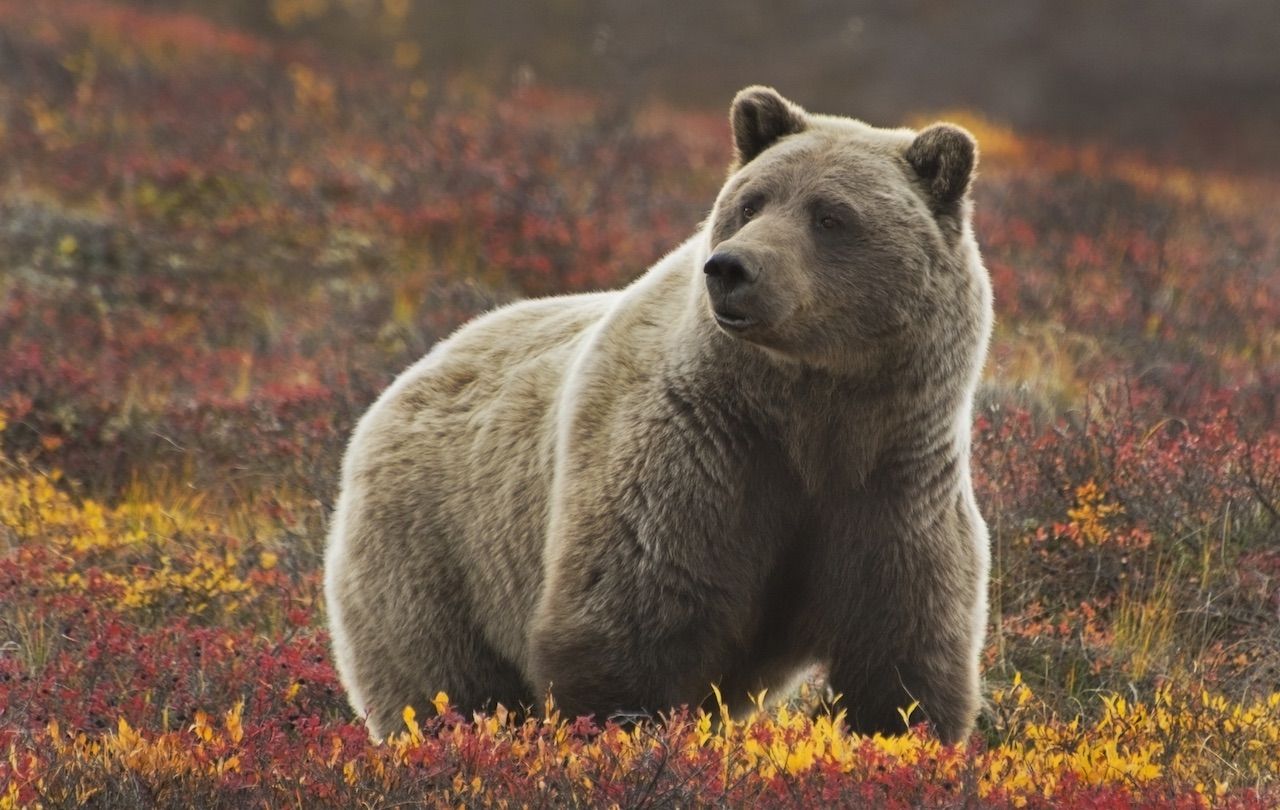 Bears — Bears are as scared of you as you are of them, and as such, they tend to avoid places with loud commotion (unless there’s an open dumpster, of course). Your best bet for a bear viewing is in the inner park, after mile 20 on the main road. One point for a black bear spotting, two for a grizzly — just be mindful of the fact that you’re likely going to view them from afar, if at all. But of course, it’s not out of the question to see a mother and her cubs ambling across the road at any moment.

Running into bears unexpectedly can be frightening, particularly if you’re out on your own in the backcountry. Since bears don’t like sudden surprises, it’s best to make constant noise when you’re hiking, so they’re alerted to your presence. It’s also recommended to carry bear spray, and know how to use it, and act calm rather than running away from a bear. Read more on staying safe around wildlife on the NPS website. 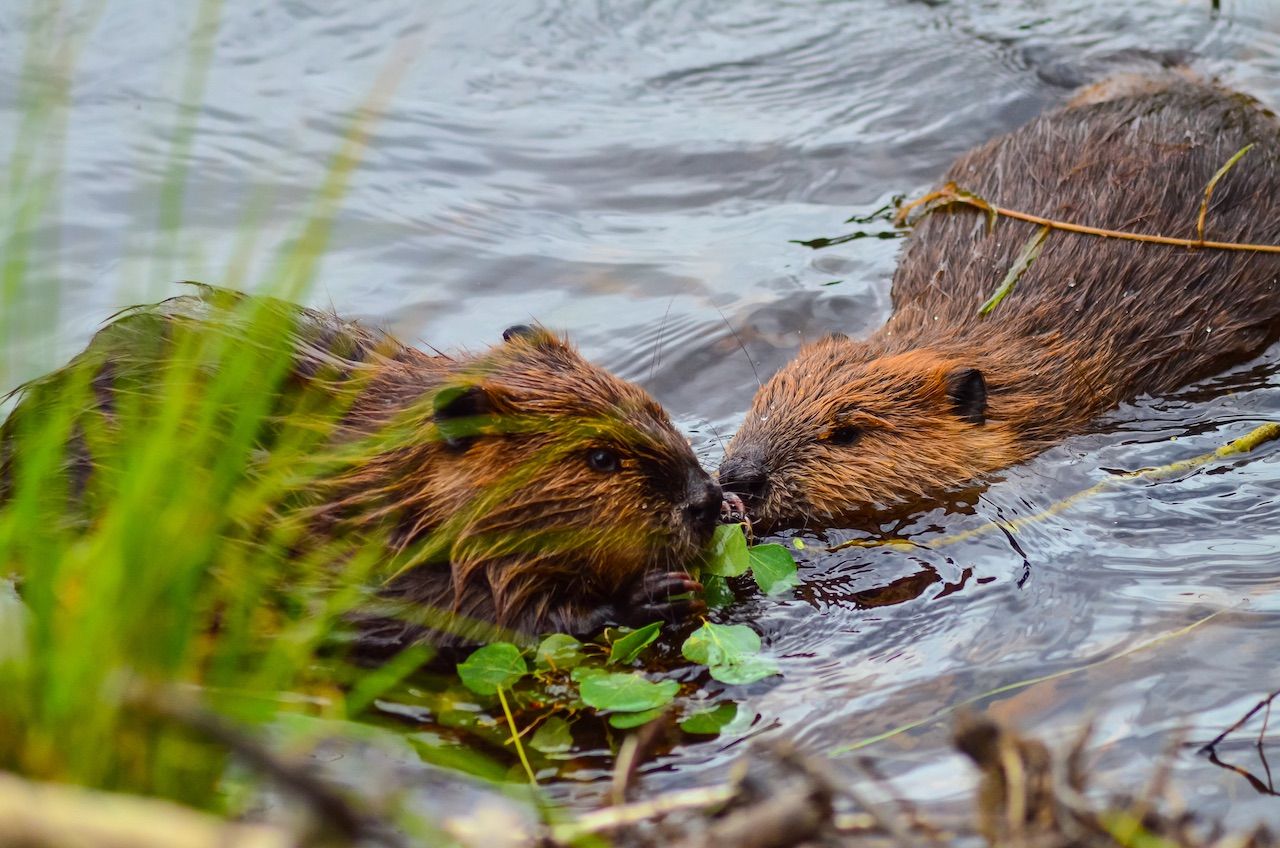 Beavers — Even if you don’t see beavers, you will see the dams they make at Horseshoe Lake near the park’s entrance. The trail there is a 2.1-mile loop from start to finish. Beavers are here all year, although they are less active in winter. They are largely nocturnal, but you still have a good chance of catching the busy creatures at work by day. 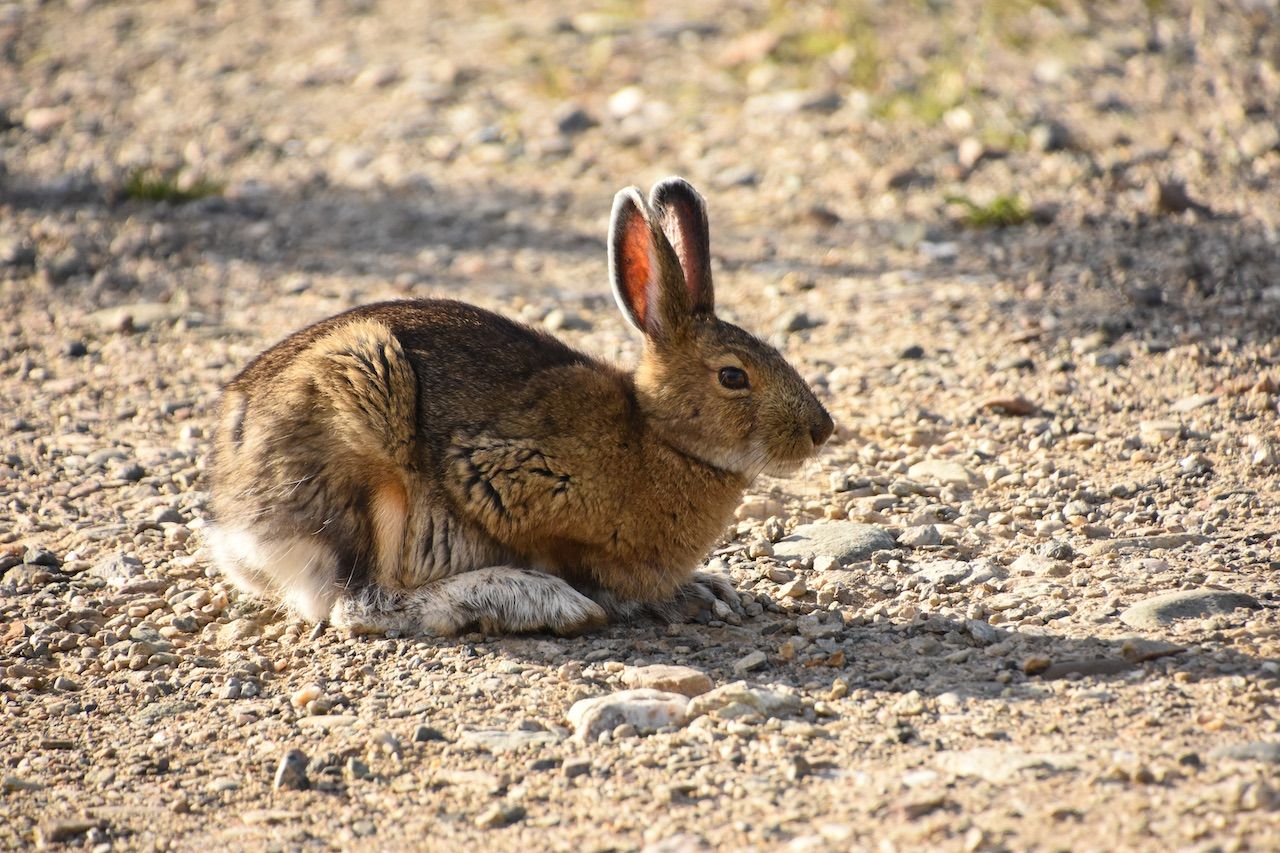 Snowshoe hares — Named for their large hind feet that are adapted to walking on snow, these furry hoppers change their coats from summer to winter. You are likely to find them throughout the park. 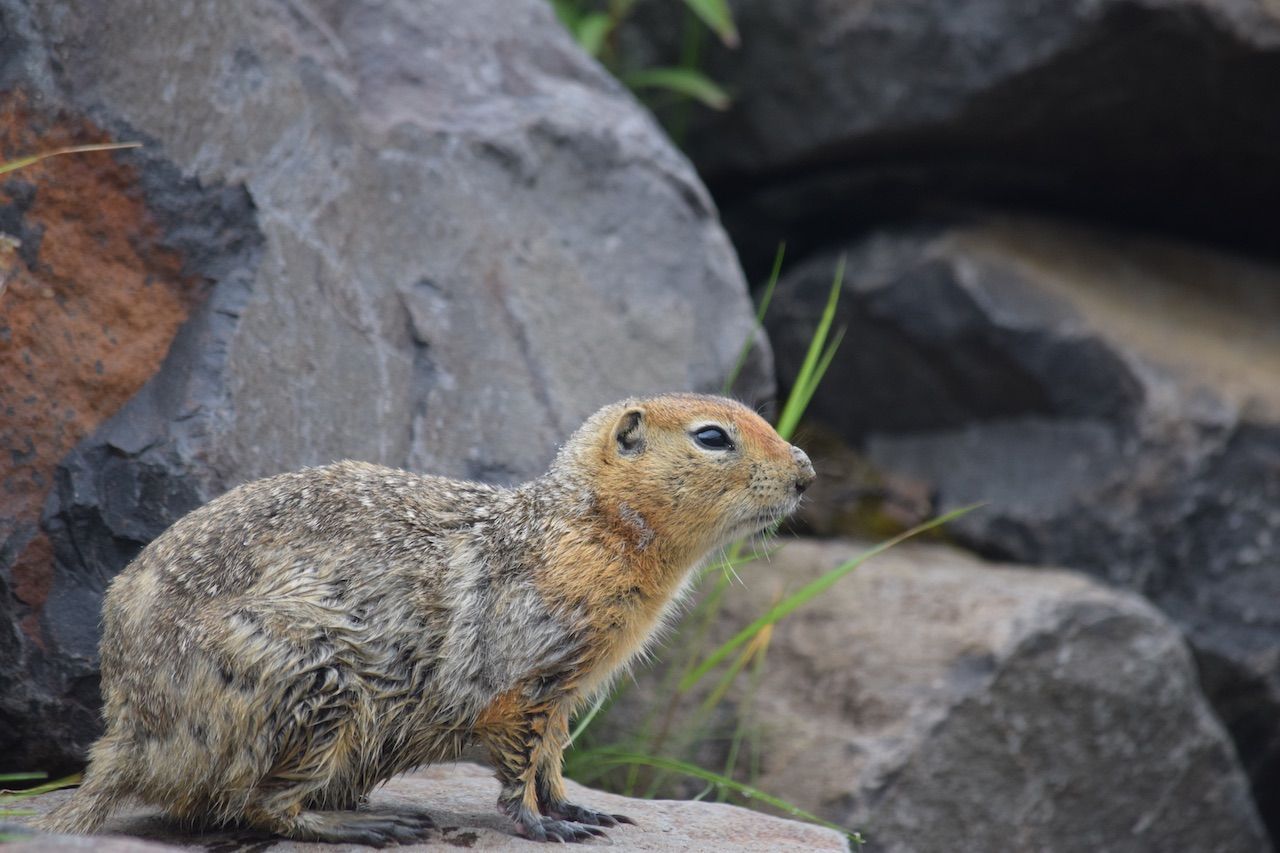 Hoary marmots — You’ll see these five-pound, furry rodents only in the warmer months, as they do hibernate. Even if you don’t see these creatures on a higher elevation hike, you might hear their loud warning call, especially if a golden eagle is overhead. 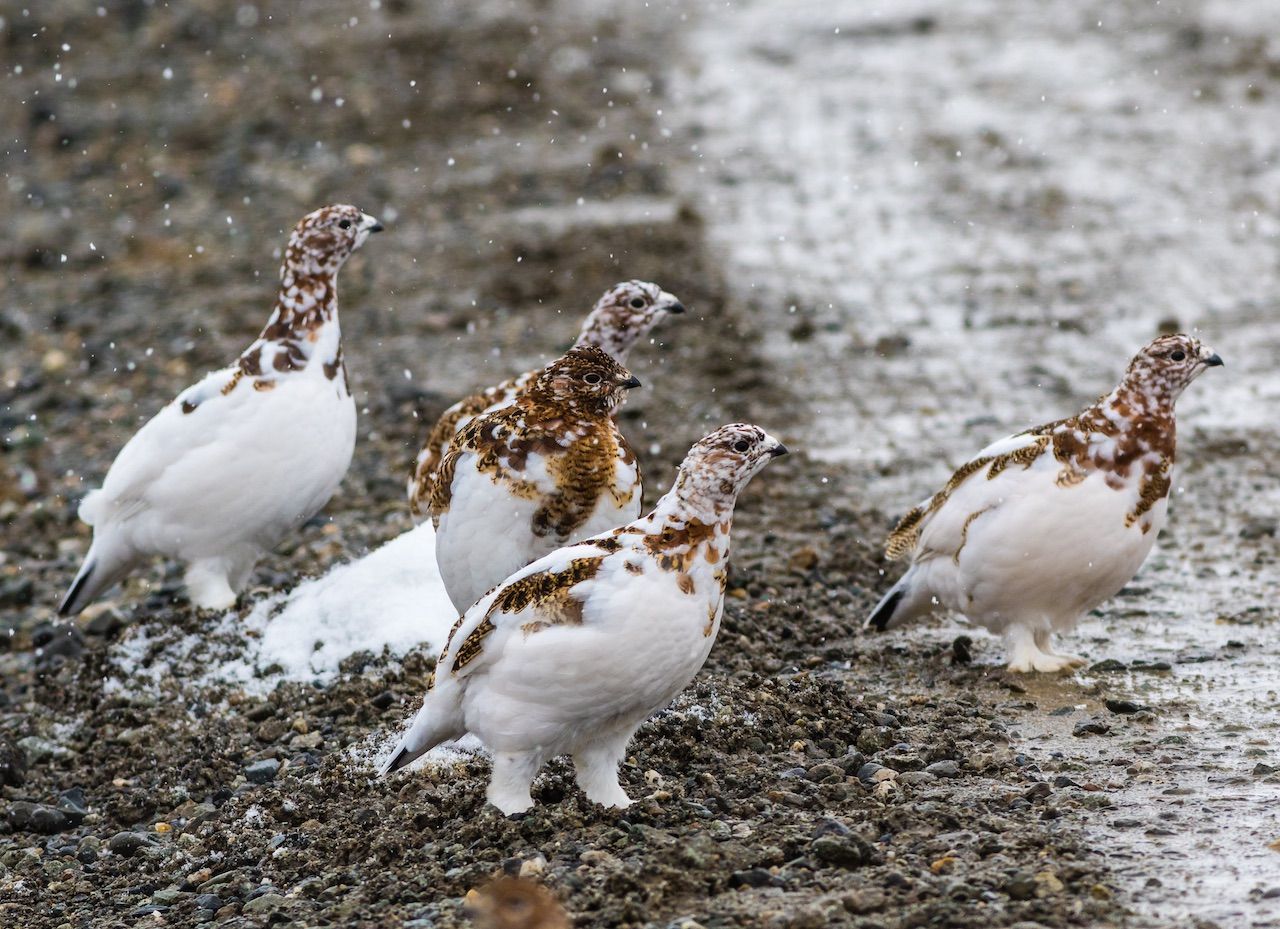 Willow ptarmigan — Alaska’s state bird can be seen high on mountain slopes and ridges, scavenging for food. These white-bodied, speckle-headed birds can best be described as “high-altitude mountain chickens,” so don’t expect to see them soaring high in the sky. Ptarmigans live in Denali all year. 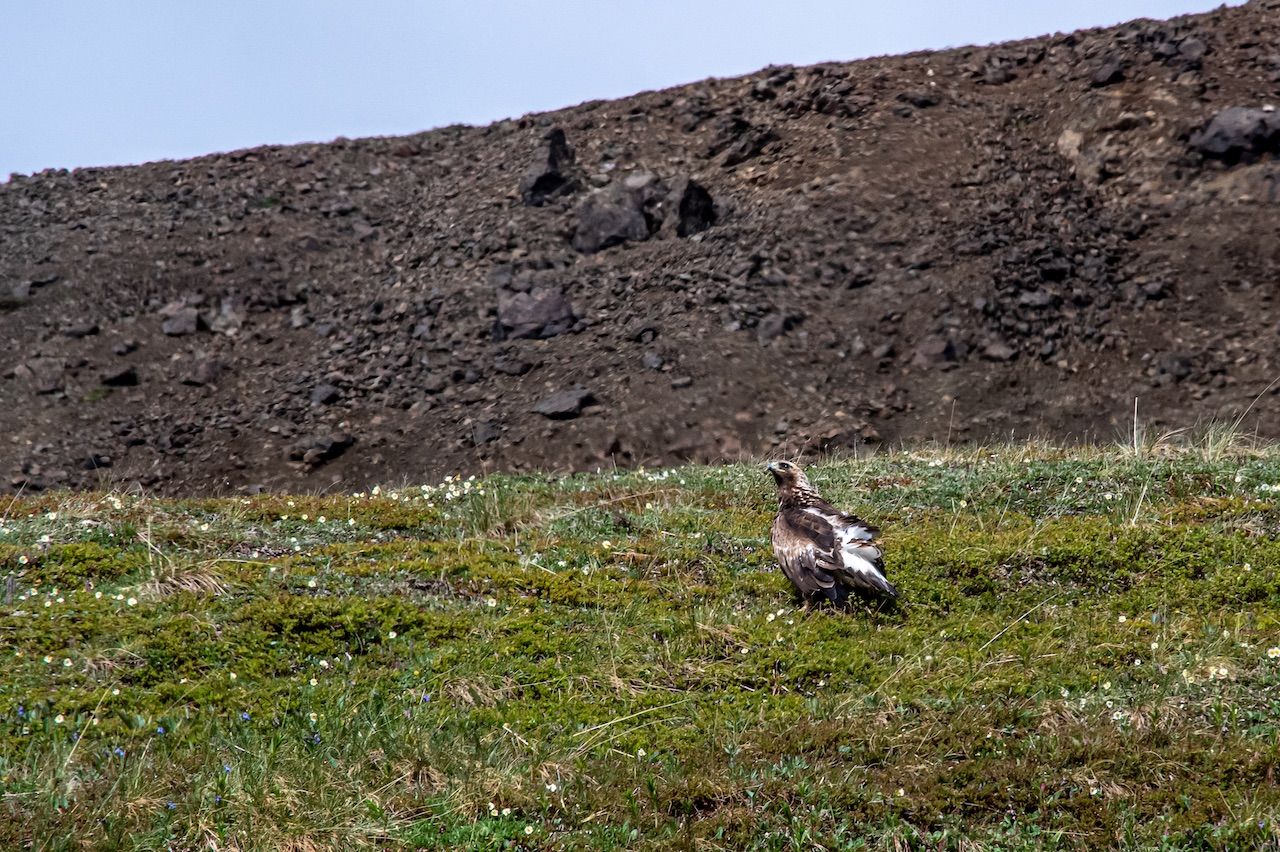 Golden eagles — As you gaze at the towering Denali and other peaks in the park, you may spot a golden eagle soaring through the air in search of rodents scurrying across the terrain below. The eagles arrive in spring and stay throughout the summer season.