Colorado’s most dramatic skyline rises steeply from the earth. Nine mountains within Rocky Mountain National Park stand above 13,000 feet, presided over by the 14,259-foot Longs Peak. As dramatic as these peaks are, the park’s history — with its legacy of nomadic hunters, Native American tribes, gold miners, and trappers — is equally captivating.

Like the range that it inhabits, Rocky Mountain National Park was carved into towering peaks and expansive valleys over the course of millennia by slowly-retreating glaciers. Nomadic tribes of hunter-gatherers, first arriving some 13,000 years ago, routed their way through the park after large game including buffalo, elk, and deer, etching the first human footsteps into what would become Trail Ridge Road.

Ute and Arapaho tribes dominated the area until the 1800s, when trappers and gold miners began arriving from the east in droves, pushing out the area’s Indigenous residents through disingenuous treaties and other means. Spanish, French, and American explorers passed through the park, none more notable than Major Stephen M. Long, whose mission to document the expanse of the American West took him toward the Rocky Mountains via the Platte River but ironically, not into the actual park. However, he was the first to note the location and significance of his namesake peak for mappers, a feat that has forever enshrined him in Colorado lore via maps, guides, and, eventually, postcards.

Rocky Mountain National Park became part of the National Park Service in January 1915, the crowning result of the John Muir-inspired conservation movement that had taken hold in nearby Estes Park. These days, over four million visitors pass through the park’s three entrance gates every year in search of purple mountain majesty. If you’re one of them, an understanding of the park’s history will make your time on the trails even more rewarding. 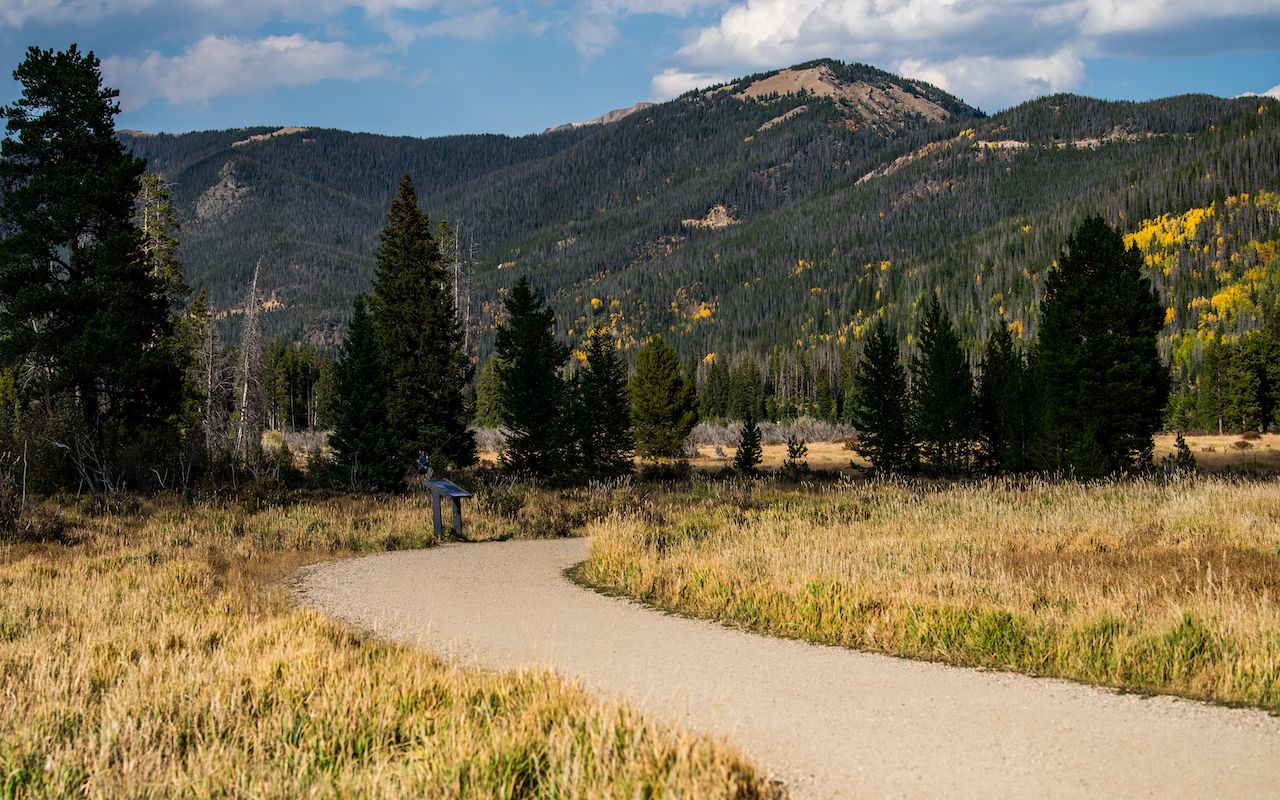 Holzwarth Historic Site — The park’s visitor centers and the Holzwarth Historic Site, on the park’s west side, host collections of historical artifacts, including old maps and tools, biological and geological specimens from throughout the park, photographs, and other cultural offerings as curated by park rangers. Walking through the site puts you straight into an old Western — complete with the town, no facade necessary. You don’t need a tour to view them; simply stop into the sites during open hours. Additional collections can be found at the Denver Botanic Gardens and YMCA of the Rockies in Estes Park.

Ranger-led tours — No matter when you visit, inquire about ranger-led tours within the park. Park rangers lead historical presentations at the park’s auditoriums and amphitheaters throughout the summer. Talks are free, though only the Beaver Meadows Visitor Center and Kawuneeche Visitor Center don’t require park admission to visit. Check the park’s website for the current schedule. The park service also runs guided tours of Trail Ridge Road during busy times. These are the best way to learn about how early nomadic natives routed their way through the park, and where remnants can be found. Tours stop at notable views and historical points. Call 970-577-7477 to inquire about scheduling and to make a reservation. 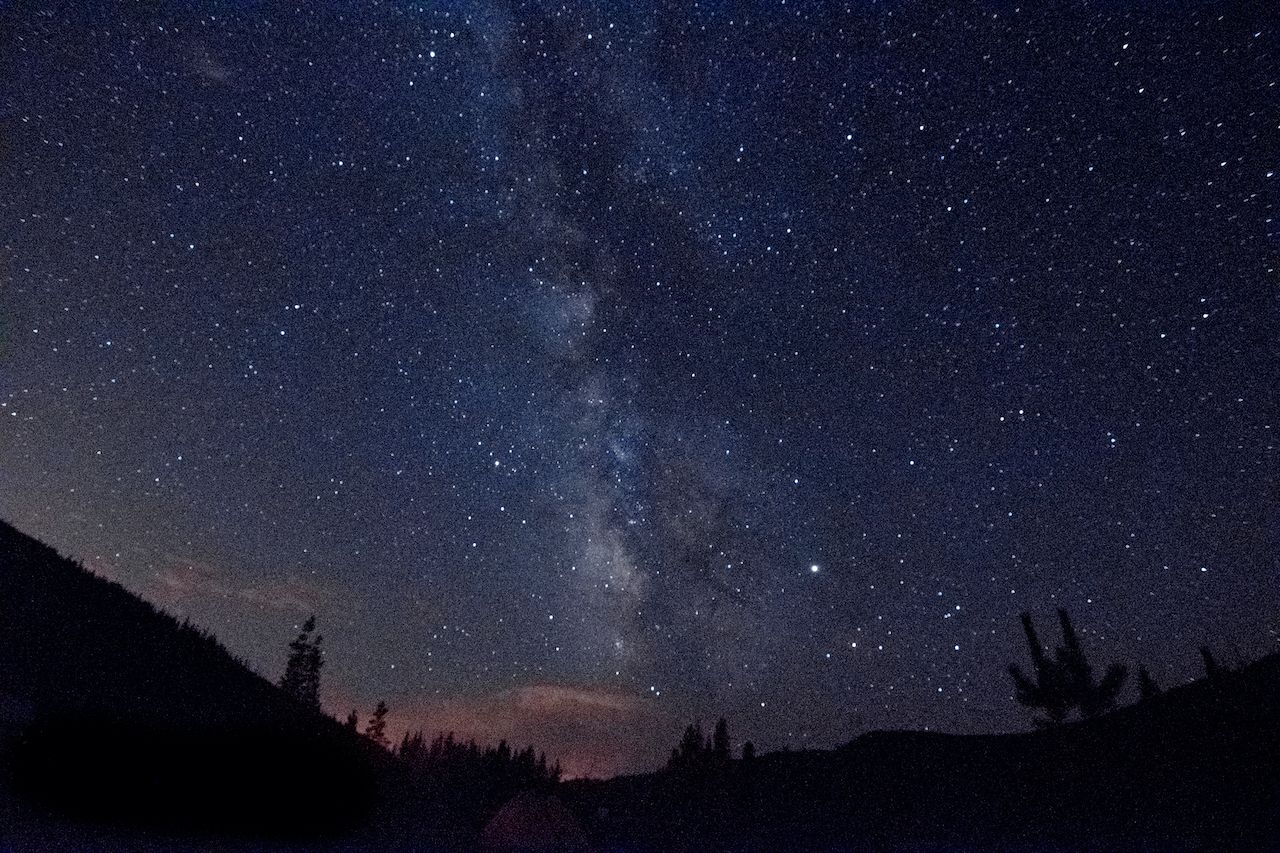 Astronomy tour — Local astronomers and park rangers lead astronomy sessions on select Friday evenings, July through August, culminating in a night sky festival in August. The 30-minute sessions include telescope viewings and a lecture from the astronomer, beginning after sunset at the Upper Beaver Meadows Trailhead. Other astronomy events take place in summer as conditions allow, check the park website for current information. 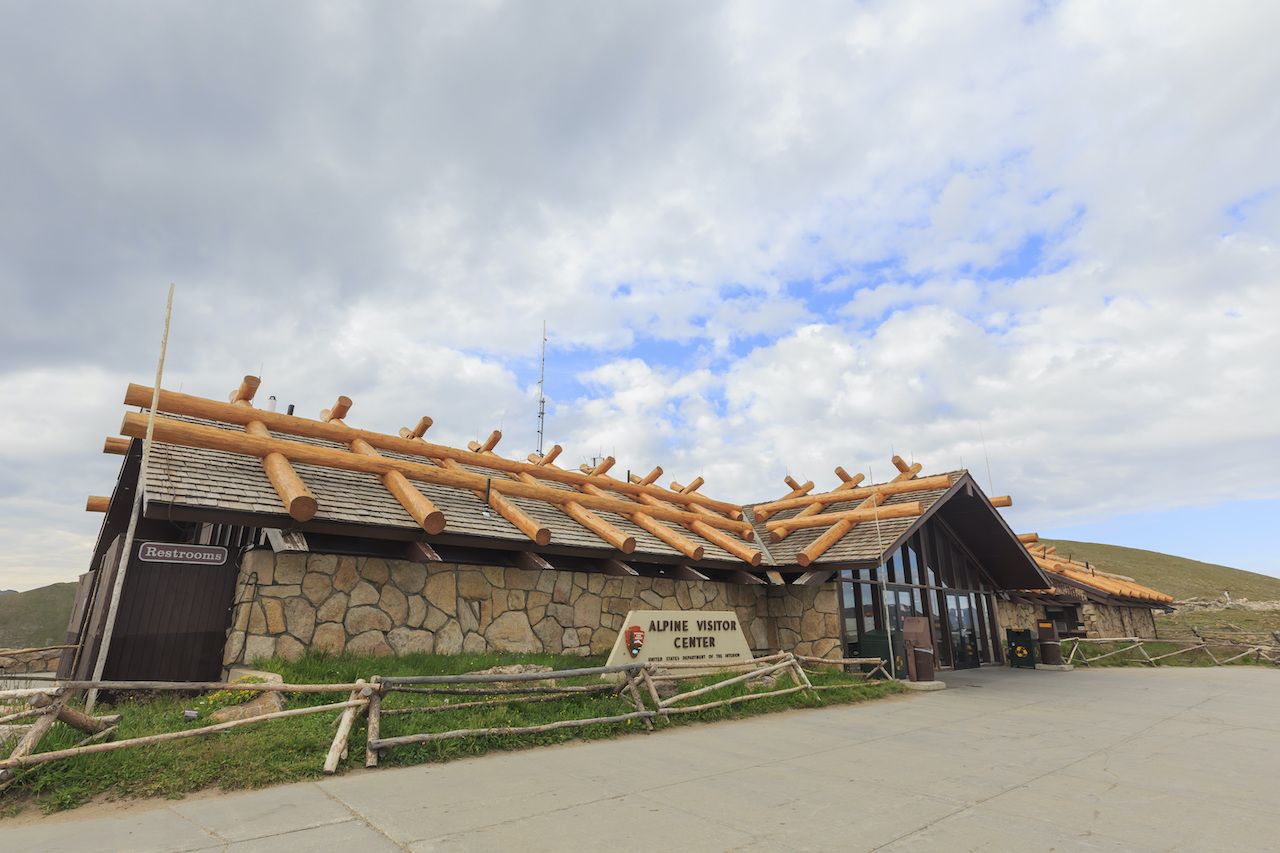 Historic buildings and trails — Throughout the park are a number of registered buildings including the Comfort Stations at Timber Creek Campground and Aspenglen. Many visitors stop into the Beaver Meadows Visitor Center without even realizing it is a National Historic Landmark — but by knowing this in advance, you’ll be prepared to engage on-site rangers in how it became so. It was built by none other than Taliesin Associated Architects — yes, Frank Llyod Wright’s firm, though Wright himself had recently passed prior to construction — as part of the NPS Mission 66 project, which sought to upgrade the guest experience at parks across the country. Near the summit of Trail Ridge Road, the Alpine Visitor Center is the highest-elevation visitor center in the National Park System, and a perfect place to stop for a souvenir. 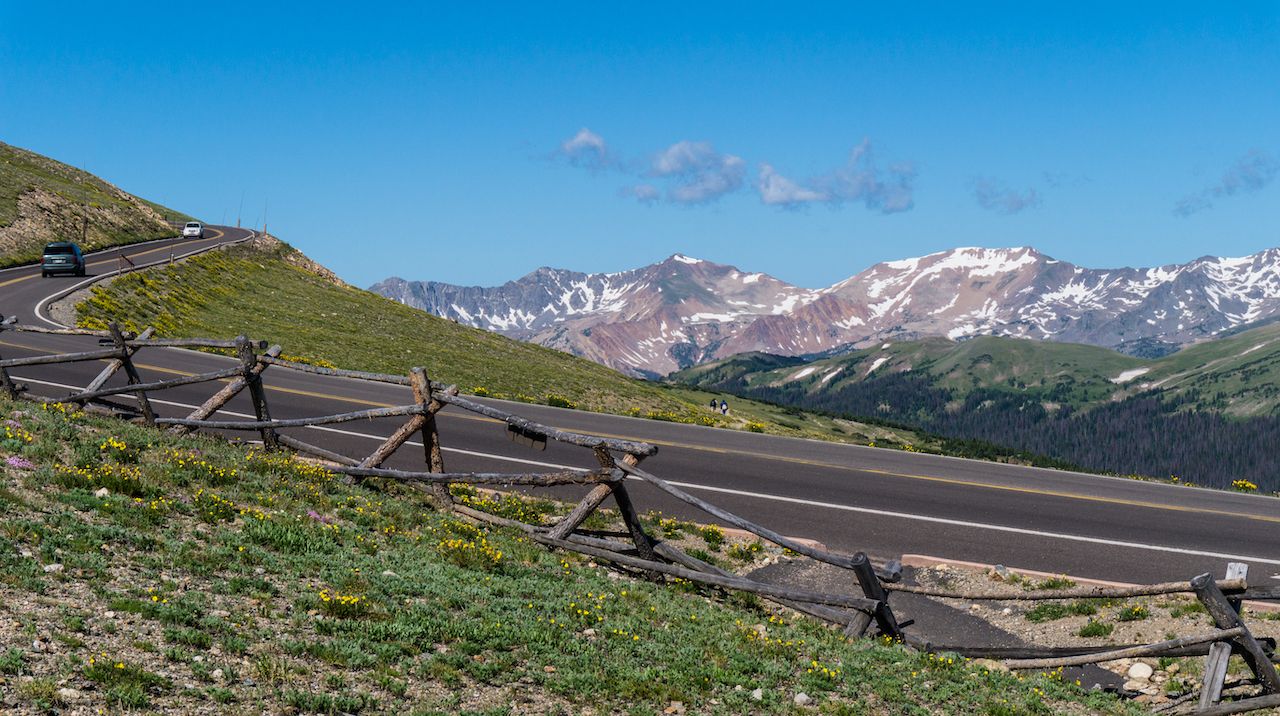 Historic photo stops — In addition to historic buildings, Trail Ridge Road itself is lined with historically significant pull-outs where guests can photograph their surroundings with only a slight chance of craned neck syndrome. On the second switchback up from the east entrance, Many Parks Curve looks out upon much of the eastern section of the park including Horseshoe Park, a vast expanse left by one of the region’s founding glaciers. You’re gazing at living history.

Further up is the summit of Trail Ridge Road, the peak of not only today’s highway but of the path used by Native tribes and nomads long before the invention of the combustion engine. A stop here immediately puts into perspective how easy we have it today.

Music and other events in Grand Lake and Estes Park 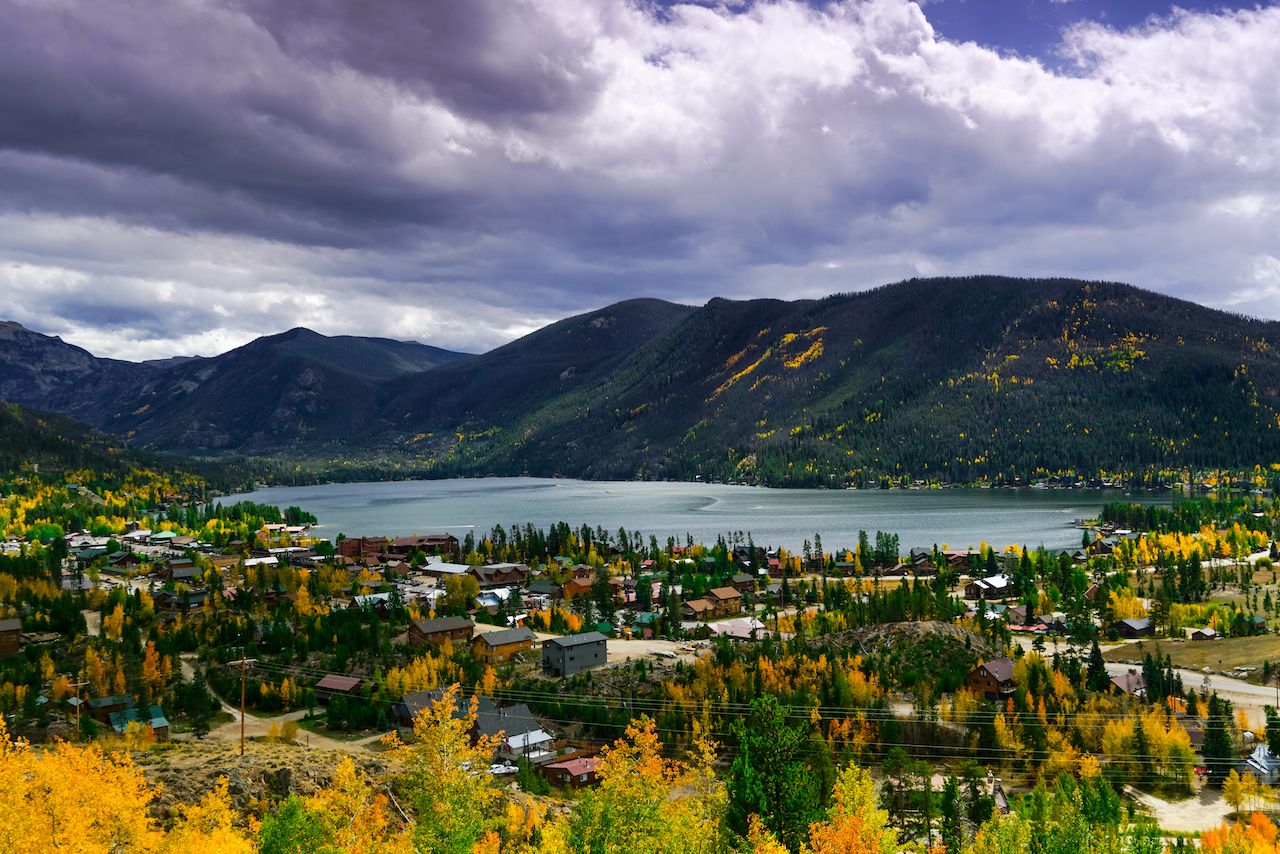 Few national parks get the advantage of having excellent urban hotspots on their outskirts like Rocky. For a little culture nearby, both Estes Park and Grand Lake have a lot going on, so consider one of these out if it aligns with your trip. 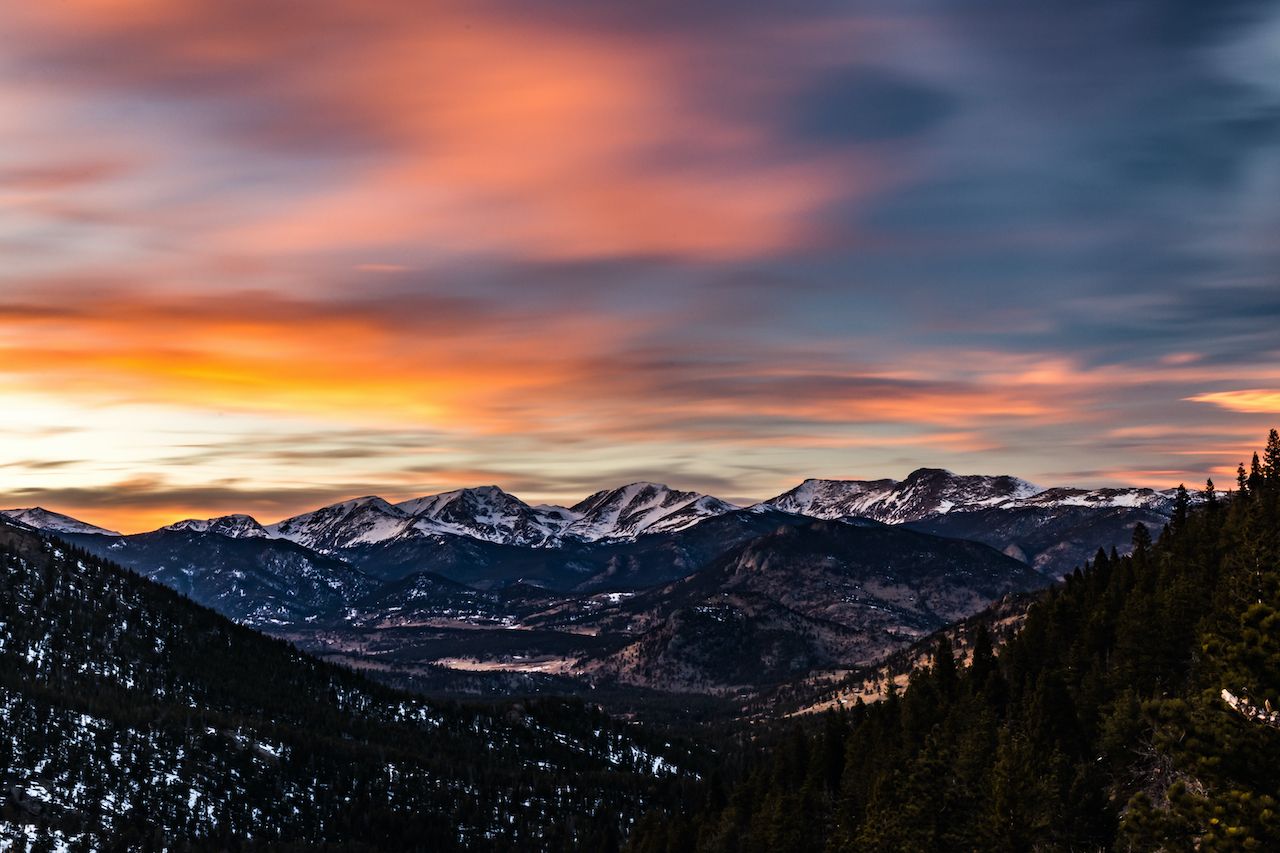 Night Sky Festival — Every August, Rocky Mountain National Park puts on an epic three-day night sky festival that falls during the Perseid meteor shower. Programming starts in the morning and runs through nightfall, with activities all over the park — many take place from campgrounds, but you don’t need to be staying in the park to attend.

Guest experts are brought in, rangers put on talks, fancy telescopes get busted out, films are shown, photography workshops are held, and the night sky lights up without end. As they say, “Half the park is after dark.”

Concerts at Stanley Hotel — For most of the year (including winter), the Stanley Hotel Concert Hall lights up once a week with performances arranged by the folks at Estes Park Music Festival and the Colorado Music Festival Chamber Orchestra. In winter, tickets are just $7.

Roots On The Ridge — This brand-new festival is one jam-packed day of music and art in Estes Park. You might’ve heard of some of the line-up: Wynonna Judd, Ruston Kelly, and Chancey Williams.

Rooftop Rodeo — Estes Park’s six-day Rooftop Rodeo is a sight to be seen with nightly rodeo events, barrel racing, and saddle bronc riding. It’s a whirlwind of a week and a look at Colorado’s cowboy past — and, clearly, present.