The megafauna of Rocky Mountain National Park — elk, moose, and bighorn sheep — tend to crowd its wildlife spotlight. But beyond that obvious trio, there are 60 species of mammals, 280 species of birds, and a whole bunch of butterflies and fish that are just as important to the park’s ecosystem.

When it comes to large animals, do not approach them. The NPS recommends at least 75 feet — or two bus lengths — at all times. And though it should go without saying, don’t feed them. Do your part to help keep the park and its residents wild. Here are some of the park’s animal residents you might spot. 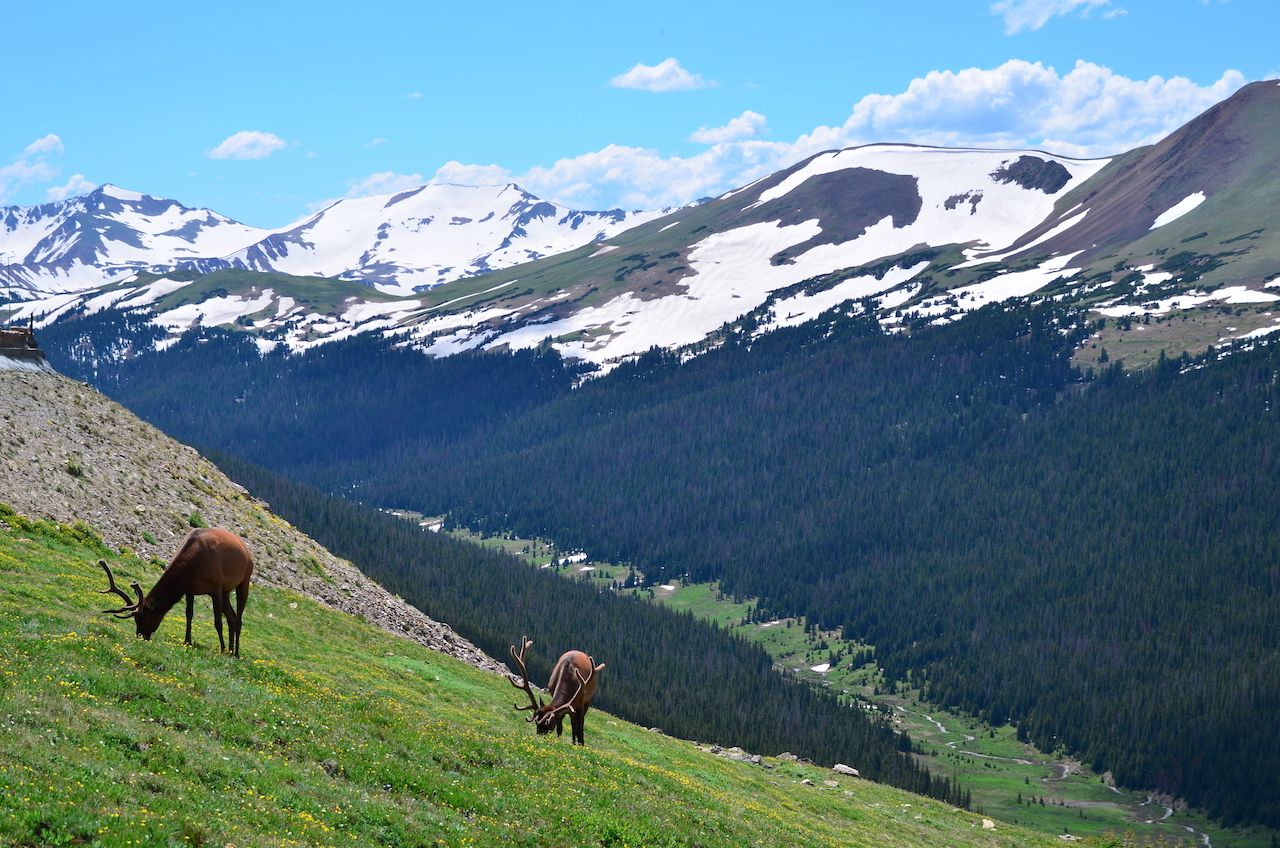 Elk — Somewhere between 200 and 600 elk wander the park, and they can be seen anytime — but fall, their mating season, is especially popular. To catch them bugling and battling, visit from mid-September to mid-October. The mating event can be seen in Estes Park and is called Elktober. Moraine Park is a great place to hope for sightings, though they’re known to even wander through Estes Park or to crowd various parking lots. Dawn and dusk are especially likely times to catch an antler fight or two. 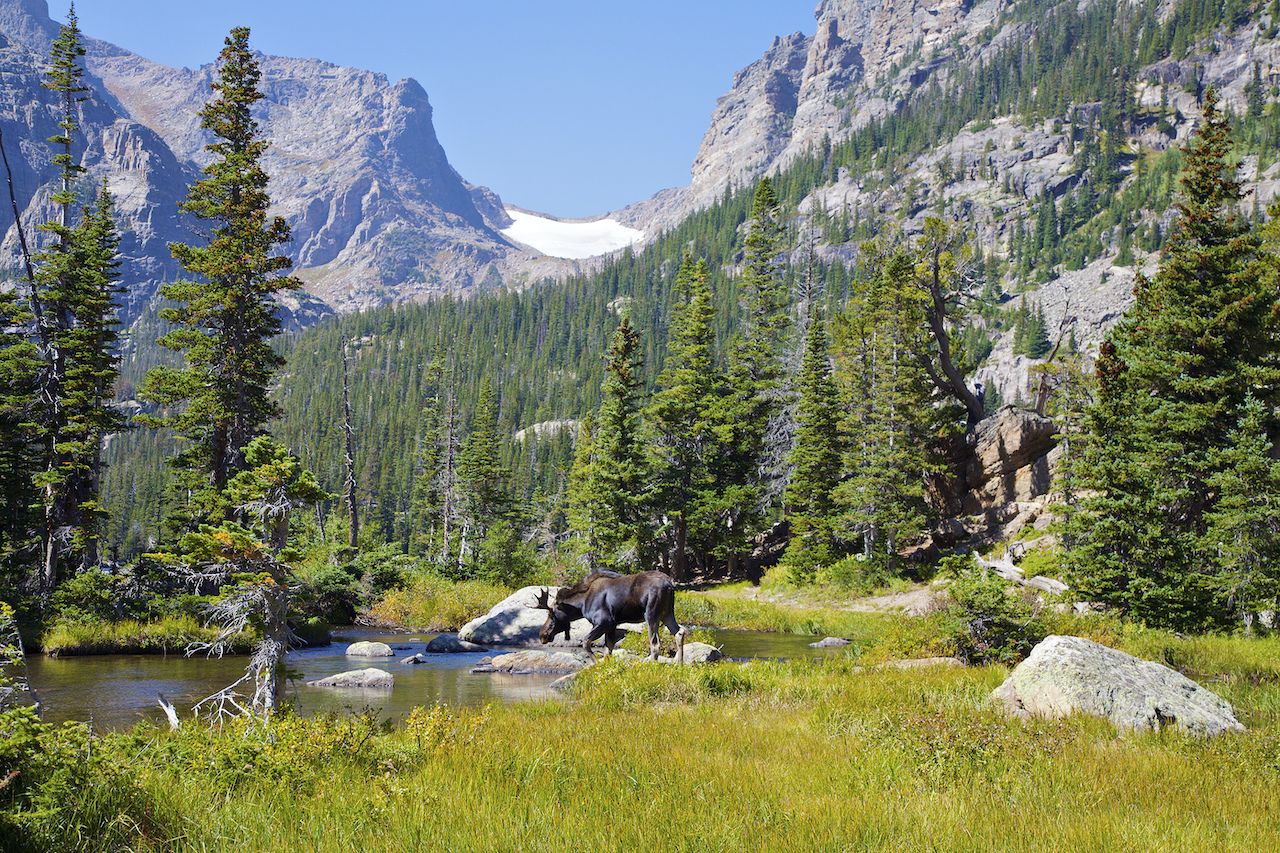 Moose — These big guys are most commonly found on the west side of the park. The thickets and meadows near the Colorado River and the Kawuneeche Valley are frequent moose-lunching grounds. 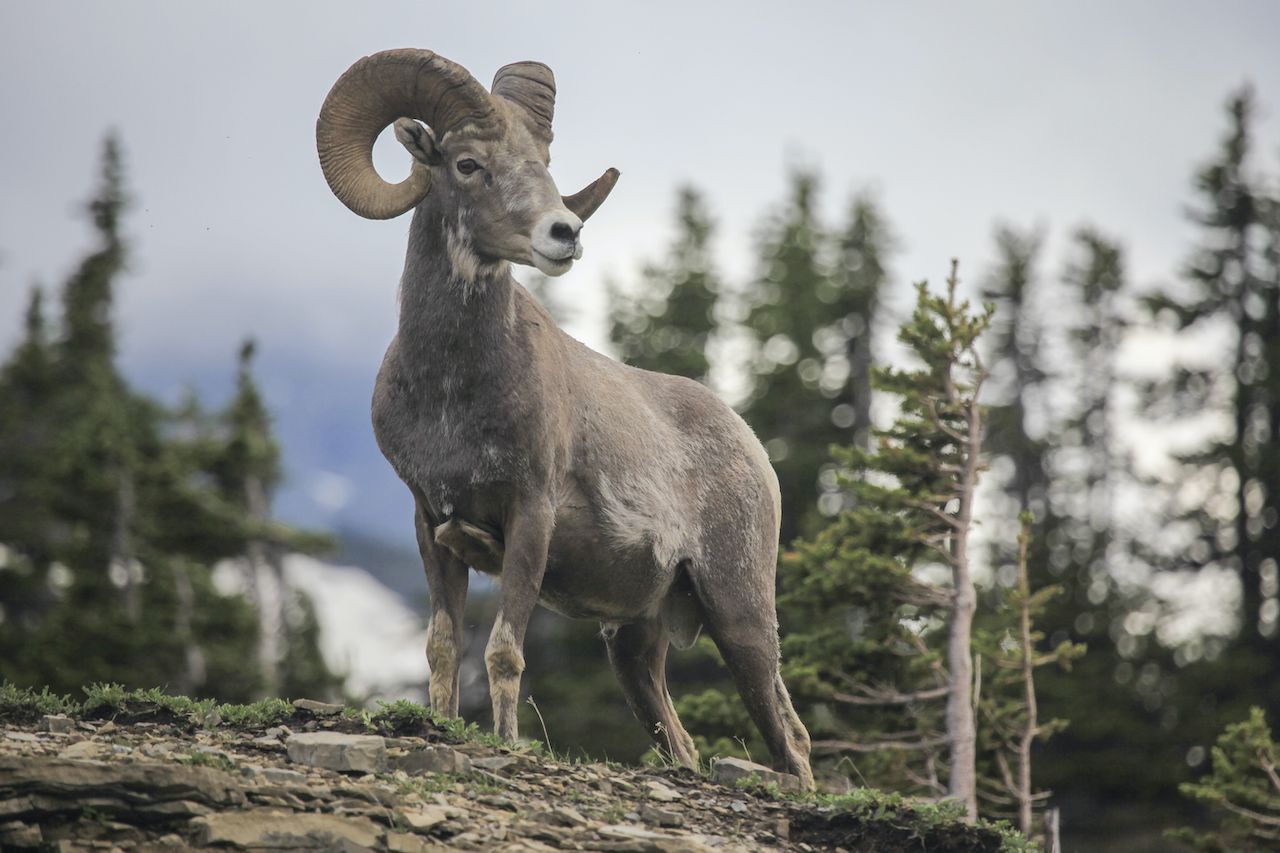 Bighorn sheep — The Sheep Lakes Overlook, near the Fall River Visitor Center, is named so for a reason. Late spring and early summer are your best bets, especially before 3:00 PM, to see Colorado’s state animal. A couple of trails that skirt the edge of Horseshoe Park, as this sheep-filled valley is called, can also reward with frequent sightings.

Mule deer and other mammals — For mule deer sightings, stick to lower elevations and open areas, like meadows. Pikas and marmots will be much higher up, squeaking and “barking” among rock piles. Otters, though notoriously hard to spot here, live in the Colorado River area, on the southwest side of the park. 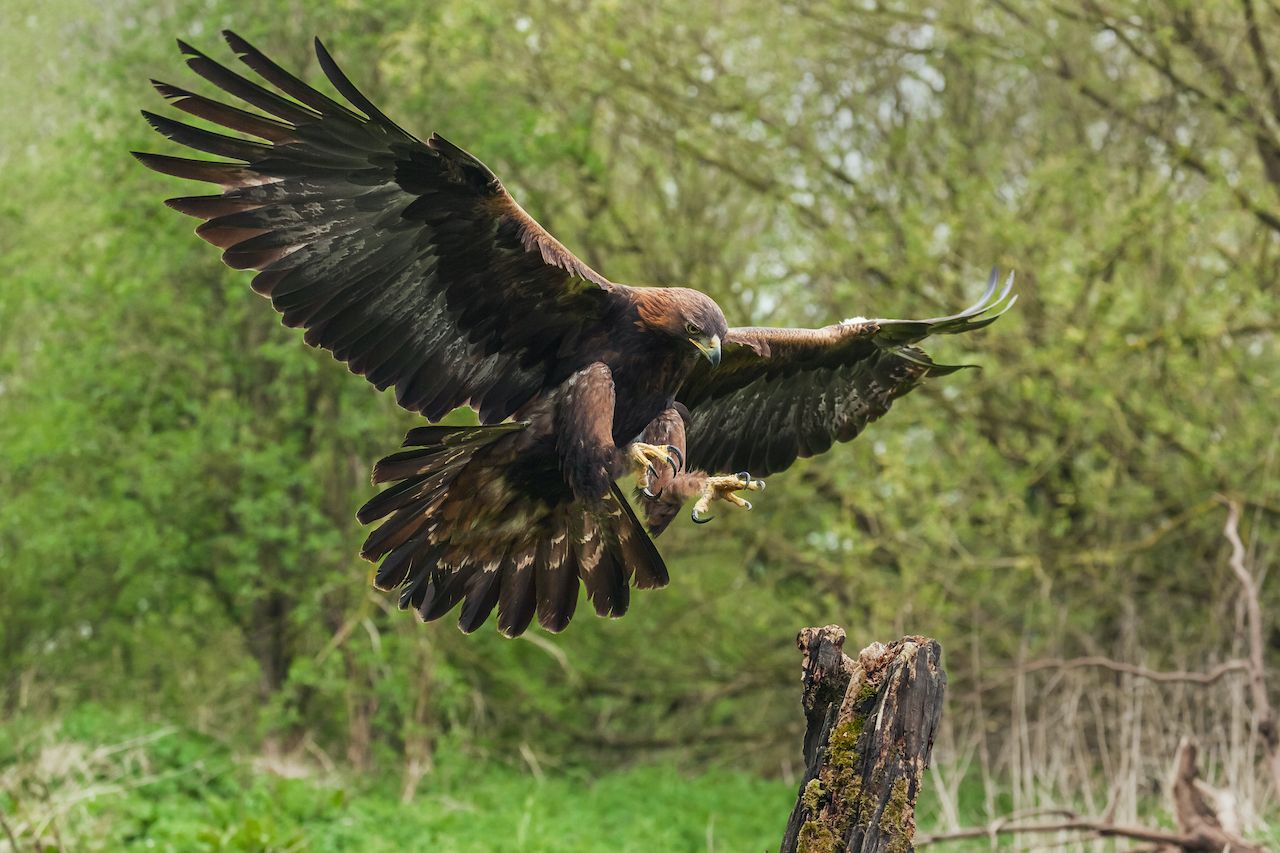 Birds — Common favorites are Clark’s nutcrackers, Steller’s jays, golden eagles, prairie falcons, and white-tailed ptarmigans. Grab your binoculars and scout out on Trail Ridge Road. For the best chances of spotting ptarmigans, hike out onto the high tundra, and don’t look into the sky; you’re mostly likely to catch them still. American dippers and water ouzels are riparian creatures, usually hanging out along rushing streams and creeks.