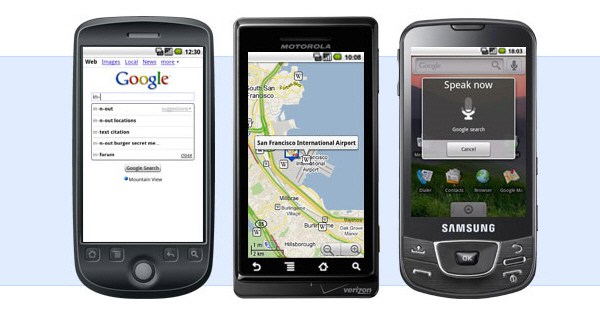 The much-anticipated Google Latitude is yet another app that falls in line behind similar location-based apps, such as Gowalla and Foursquare. There aren’t any points or rewards involved, but it taps into Google Maps by showing you which of your friends are nearby. It’s a more effective app in bigger cities such as New York where you can use it to help plan a meeting spot with friends. 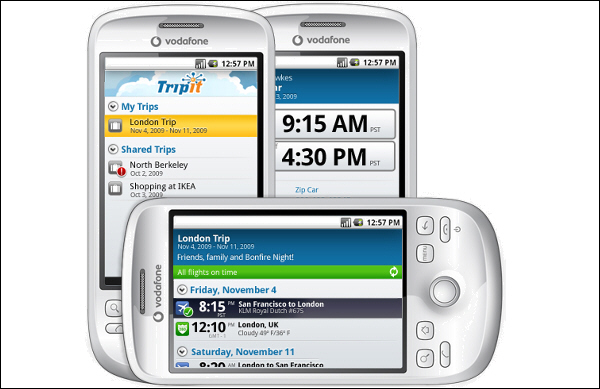 TripIt is one of the most used mobile travel apps because of how comprehensive it is. Travelers can use this Droid app to plan and manage their entire trip. TripIt links with your flight information, along with other pertinent details, putting your entire itinerary all in one place. 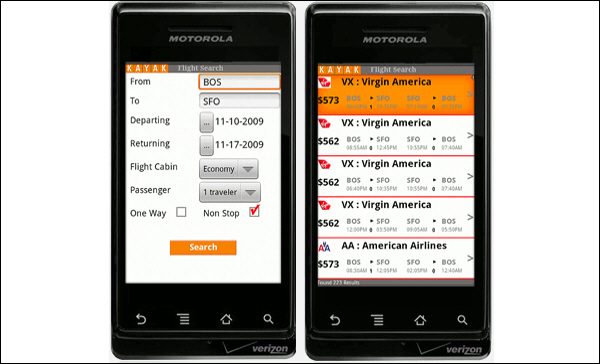 Over the last couple years, Kayak has established itself as one of the leading travel websites and mobile applications. With Kayak, you can research and book every part of your trip from one app, including flights, car rentals, and hotels. Other features include mapping and calendar integration. One of its coolest features is the trending information that shows flight prices on specific dates.

Wikitude represents a new era of mobile apps; what’s known as augmented reality. These apps add an interactive element to your travels. With Wikitude, users get up-to-date information on restaurants, hotels, attractions, and more, based on their location. Using GPS technology and your phone’s camera functionality, Wikitude pulls up information on places around you, based on your geo-location and where your camera is pointing. 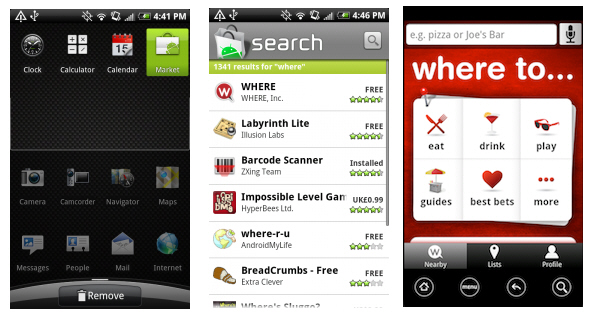 Where is one of the oldest and most successful mobile apps, as it has been around for a couple years. Where is unique in how it bundles several small apps into one location, making it easy to do several tasks at once. Users can read user reviews, find local movie times, see gas prices, find a business, see the weather, and find a rental car. It’s more of a travel app dashboard than a stand-alone application.

Cab4me is especially useful in larger metros in the U.S., such as New York City. If you don’t like standing on the corner for several minutes trying to hail a cab or have had bad luck finding a legit taxi driver, then this is a useful app for you. The app pinpoints your location on a map, showing local taxi stands, as well as cab companies that serve the area. You can also call for a cab from within the app. 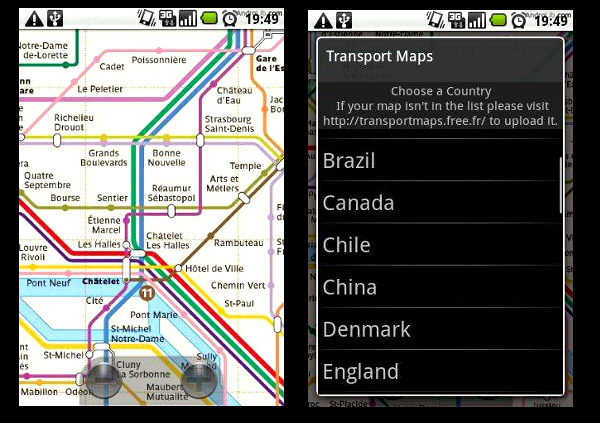 While many large metros may have their own public transportation maps, Transport Maps puts these all in one place. Though it may not be rich in design and features, Transport Maps is convenient because it consolidates public transportation maps. Users can also download the map to their phone; handy when on the subway with little to no phone signals. 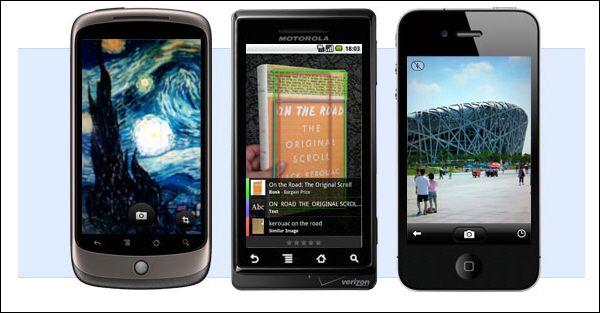 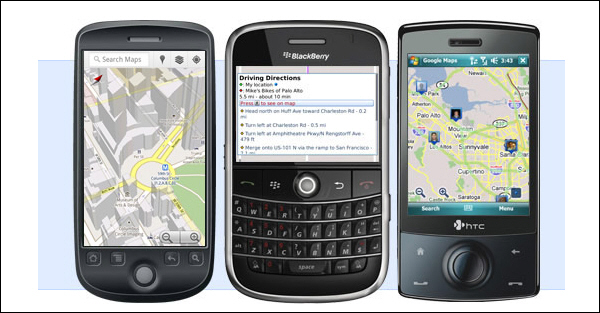 While Google Maps already comes on Android phones, it’s important to reiterate its importance as a travel app. Google Maps uses your location to provide turn-by-turn directions, turning your phone into its own GPS device. The app can also be used for walking, cycling, and public transportation directions. 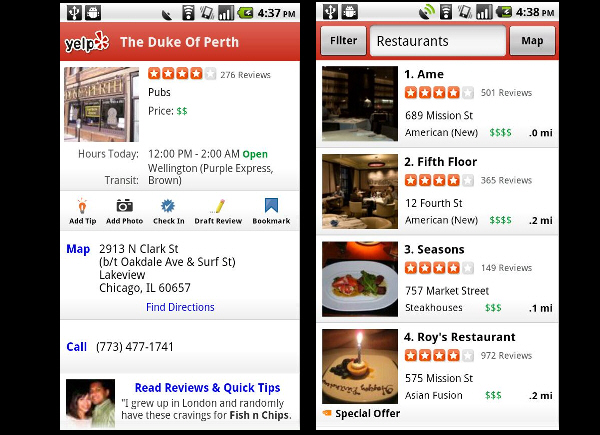 One of the most popular travel websites comes to the Android marketplace. The power of Yelp comes with the large user base it has, which continues with their Droid app, with over one million downloads. With Yelp, the application finds your location and shows you restaurants, nightlife, and attractions near you. You can read reviews, while also leaving your own review from within the app, instead of having to wait until you’re on a computer. 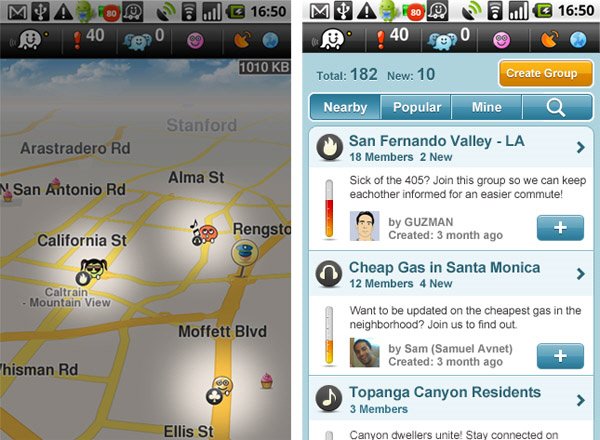 Waze is similar to many GPS applications which provide turn-by-turn directions. What’s different about Waze, compared to others, is the community-generated element of the application. Waze taps into the Droid community by helping travelers avoid traffic jams, construction, and other travel hazards. Users can report traffic problems via the app or leave the app running while driving and the app will record traffic problems it detects

You can look through Android’s Market for more apps. Looking for more free or affordable apps for other smartphones? Check out articles and reviews of various apps.