Apple not only made upgrades to its photo-capturing functions, but also its video recording capabilities. It’s easier than ever to shoot, edit, and publish a video using your iPhone.

We’ve listed five of the best video apps for the iPhone and what they do. 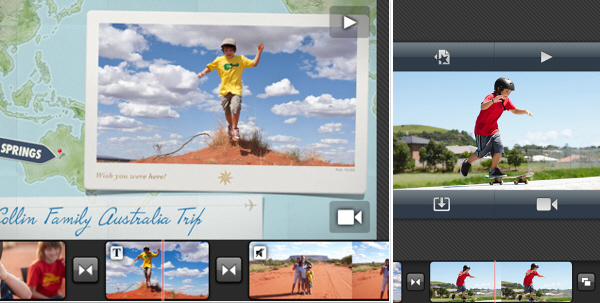 The same application that has pleased Apple computer users around the world for years now has a mini-version for the iPhone. Similar to the premise behind the Photoshop app for photos, iMovie for the iPhone makes it easy to edit videos you’ve shot on your phone.

You can add any photos or videos to the timeline, combining several clips into one. You can also add music from your library and effects and transitions, such as fades in-between clips. No it’s not free, but this is money well-spent for what you’re getting. 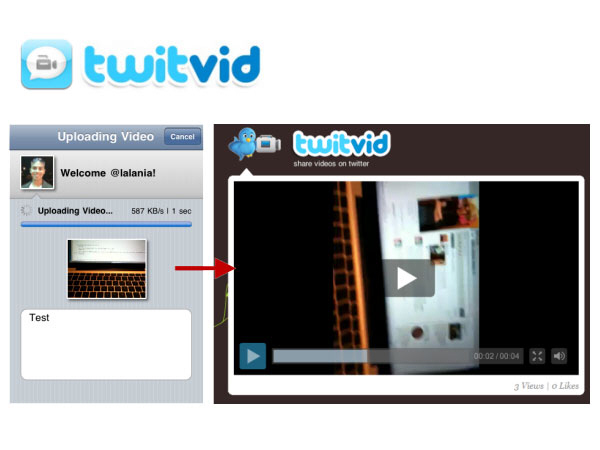 For Twitter mavens, this is the best video app for the social networking client. TwitVid easily allows users to record video from the app and then immediately upload it to Twitter. You can also choose existing videos to tweet. Best of all, the application is free. 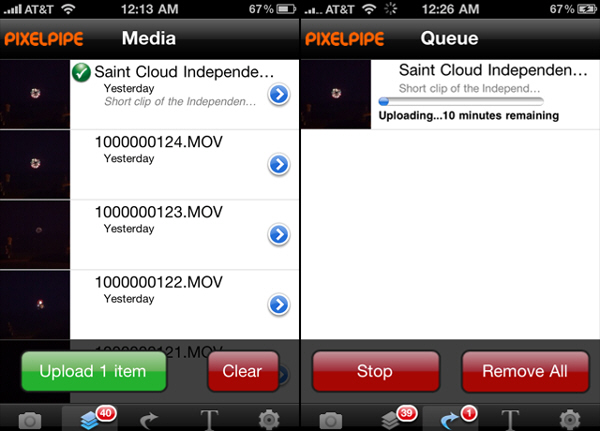 Pixelpipe is another app that is popular because it’s an all-in-one application. Pixelpipe’s best feature is that you can share your videos to over 100 different social outlets.

Users can even choose several social networking or blogging sites to send it to at once. Other features include the ability to capture both photo and video from the application. 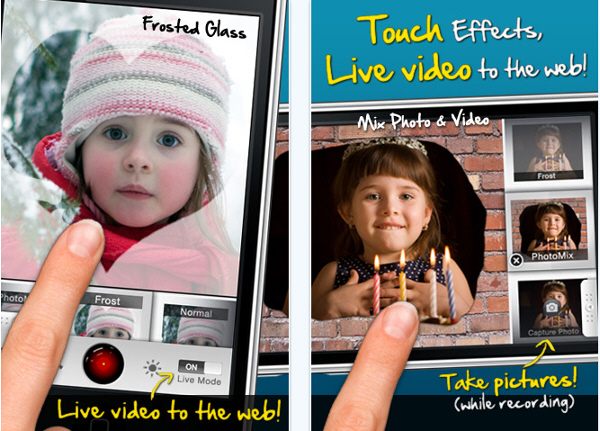 Qik Pro is another app that is two-in-one, combining both photo and video capabilities. You can do everything from adding effects to footage to turning your photos into a video slideshow to sharing your videos.

Qik Pro does a little more with video capturing than the built-in video application for the iPhone, such as adjusting video capture settings. You can also share your videos from Qik via email, text message, Twitter, Facebook and YouTube. 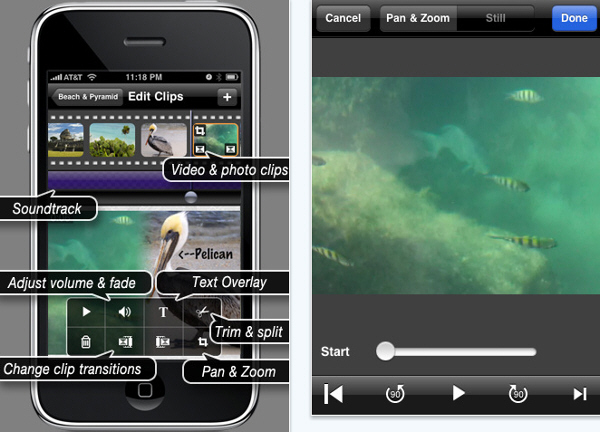 ReelDirector is an alternative to iMovie for editing your videos. Just a dollar cheaper than iMovie, it does most of the same things, but at the moment is actually rated higher than iMovie by users.

Highlights of the app include text overlay, trimming clips, over 20 transitions, pan/zoom and the ability to add photos and music. You can also upload directly to YouTube from the app.

Be sure to pick up more apps for your iPhone below: