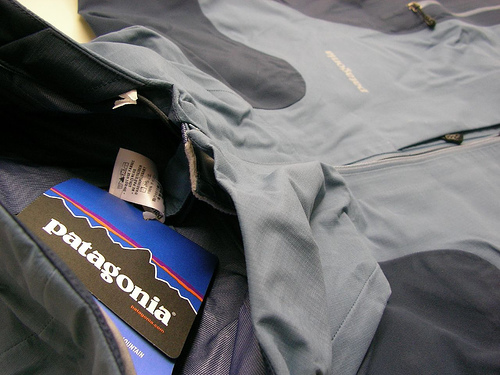 Probably the most well-known amongst environmentally and socially responsible outdoor companies, Patagonia has been pushing the envelope since the day it started out as a small climbing business headed up by Yvon Chouinard in the 60s.

The company name has become synonymous with quality. Its performance gear is made with eco-values in mind. Patagonia became a pioneer when its recycled polyester fleece hit the market way back in 1993 – the first outdoor company to do so.

Recently Patagonia launched its Footprint Chronicles, an interactive site that allows you to track the impact of a specific Patagonia product from design through delivery. On top of it all, Patagonia is a member of 1% For The Planet and a co-founder of the Conservation Alliance.

All in all, a commendable company that certainly sticks to its core values. 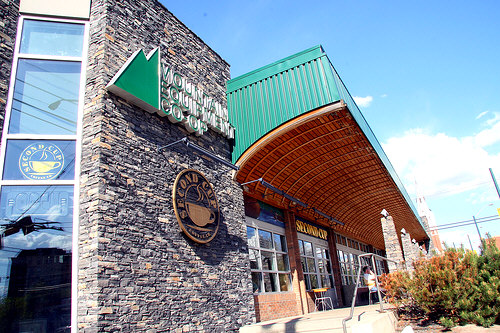 MEC garments that are made from organic cotton or recycled polyester and are PVC free carry a special tag with MEC’s symbol indicating that it is a low impact product. Once they’ve run their course, all of their polyester based products can be put back to use through the garment recycling program.

In order to encourage an informed dialogue on what’s happening in factories abroad, MEC also launched its informative Ethical Sourcing Blog. And the company boasts being a Bluesign member – along with Patagonia – an international company that audits the textile supply chain used by companies to ensure a reduced ecological footprint. 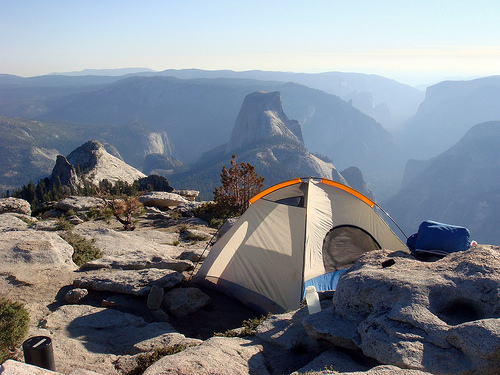 Distributed in 27 countries, Marmot is an international brand that has long been known for its high quality performance gear.

In tune with the current environmental trends, Marmot is taking quick steps to green the company and its products, using progressive and sustainable materials like Cocona Fabrics, naturally wicking and odor absorbing fibers made from the carbon of coconut shells.

As stewards of the environment, Marmot also launched its “Upcycle” tag. This includes a line of daypacks and urban totes made from recycled polyester and sleeping bags crafted with 100% recycled polyester shell fabrics and an 80% post consumer recycled core. 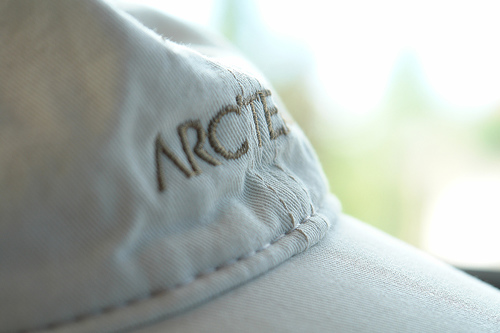 Founded in 1991 in Vancouver, Arc’teryx made its name by manufacturing all of its high end outdoor gear in Canada.

Bought by Salomon in 2002, the company has maintained its core values of producing high quality geared with an unrivaled craftsmanship.

From jackets to harnesses, they make some of the best quality gear in the industry which are used by hardcore travelers and athletes. 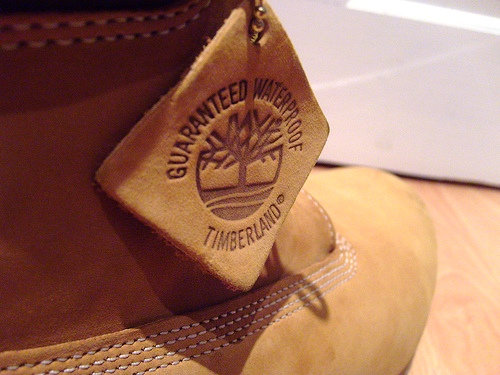 A true role-model in the realm of sustainable business, Timberland has expanded from a small shoe company to a full-grown outdoor company with a mission to equip people to make a difference in the world.

Timberland isn’t new to the world of environmentalism and certainly isn’t a victim of “greenwashing”. The company maintains a long history of environmental stewardship that started by partnering with the Coalition for Environmentally Responsible Economies in 1993.

This summer also brought the launch of the Earthkeeper Network, an online campaign to inspire one million consumers to learn and take action to reduce their environmental footprint. 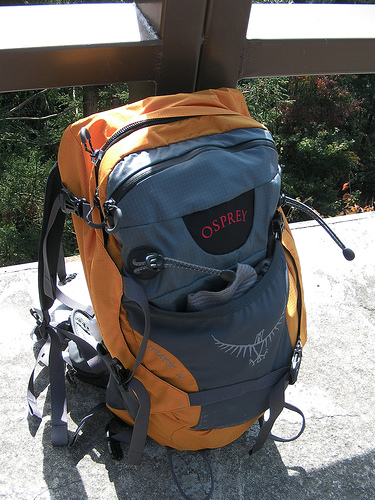 With Colorado-based headquarters that run on 100% renewable energy, independent backpack company Osprey is one of those companies that walks the walk.

For the last eight years, Osprey has been sewing labels listing the Leave No Trace principles into their packs, encouraging their customers to respect the environment while playing in it. 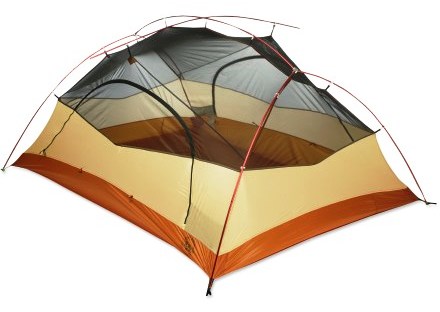 Who ever said sleeping on plastic bottles would be uncomfortable? Big Agnes is one of the leaders in developing tents and sleeping bags made from recycled materials, including recycled PET – the stuff that those pesky disposable water bottles are made from.

A sleeping bag made from 97% recycled materials, and complete with a cordlock that’s 50% corn based PLA, fits well with the company’s 100% recycled sleeping mat.

In 2009, the team is coming out with one of the industry’s first recycled tents. The two- and three-person model will be out sometime in 2009, just in time for you to make sure your whole line of camping gear is 100% green! 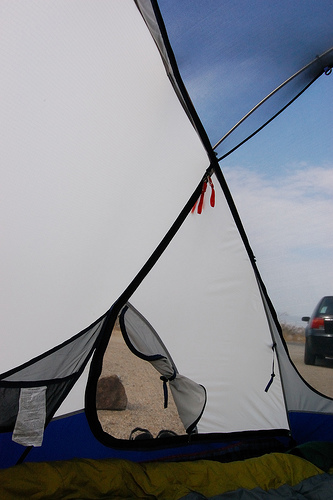 This winter in preparation for the incessant, cold Portland rain, I bought myself an insulated Mountain Hardwear waterproof jacket.

It did the job and since then I’ve become a convert. Particularly since 20% of their Mountainwear line is made from sustainable fabrics – think organic cotton, hemp and beyond – and half of their waterproof laminates are solvent free (that means fewer chemicals).

Even better, the company’s employees can now bike, bus and even kayak to work at the new headquarters in the historic Ford Assembly Plant in Richmond, CA, to be powered partly by solar energy. 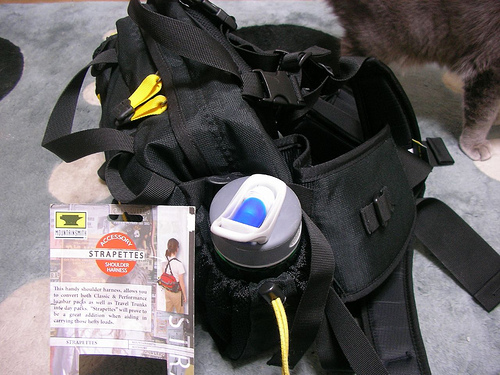 Partnered with both the American Alpine Club and the Conservation Alliance, Mountainsmith loves the environment just as much as it loves advocating playing in it.

Most of Mountainsmith’s backpacks are made from recycled materials, and the company just launched the first ever recycled alpine pack, which is said to save 107+ plastic bottles from the landfill.

For the more casual traveler, there is the Recycled Series of lumbar packs which are pretty cool looking. The advertisement team at Mountainsmith probably says it best: “Save the planet. Go backpacking.” 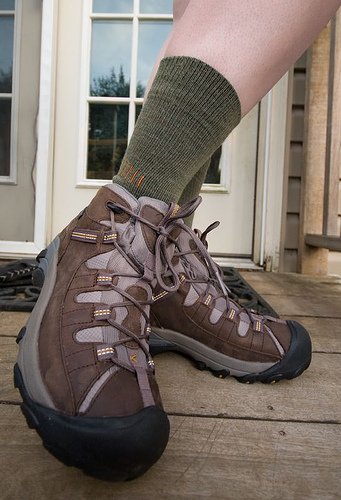 In recent years, popularity for the Portland-based shoe company known for their distinct rubber toe has skyrocketed. Initially drawn in by the functionally designed, closed toed water sandals, Keen customers have stuck around for quality, performance shoes designed to be used.

But Keen wouldn’t be Keen if they didn’t support the environment their customers practically live in. A leader in the outdoor sustainability movement, the company make its shoeboxes from 100% post-consumer waste and prints its catalogs on FSC certified paper as well.

The newest US national park is in West Virginia
How to make the most of New River Gorge, America’s epic new national park
For the perfect day of hiking and Colombian coffee, head to Jardín
Miami is a gateway to outdoor adventure on water, wheels, or foot
The 11 hardest, most dangerous mountains to climb in the world