The sheer number of hit songs written about California guarantees that just about everyone has an idea of what life is like in the Golden State. Nobody knows it quite like a California local, though. Anyone born and raised in the heart of the West Coast can probably spot a fellow Californian from a mile away. From San Francisco to San Diego and everywhere else in this friendly, sunny, and envy-inducing state, these are 11 ways California natives give themselves away.

The only people who call it “Cali” aren’t from California. It’s not that anyone has to tell you not to say it, people just don’t. I think it’s a respect thing. It feels almost like calling your mother by her first name. I’m cringing just thinking about it.

2. Burritos are a constant topic of conversation while abroad. 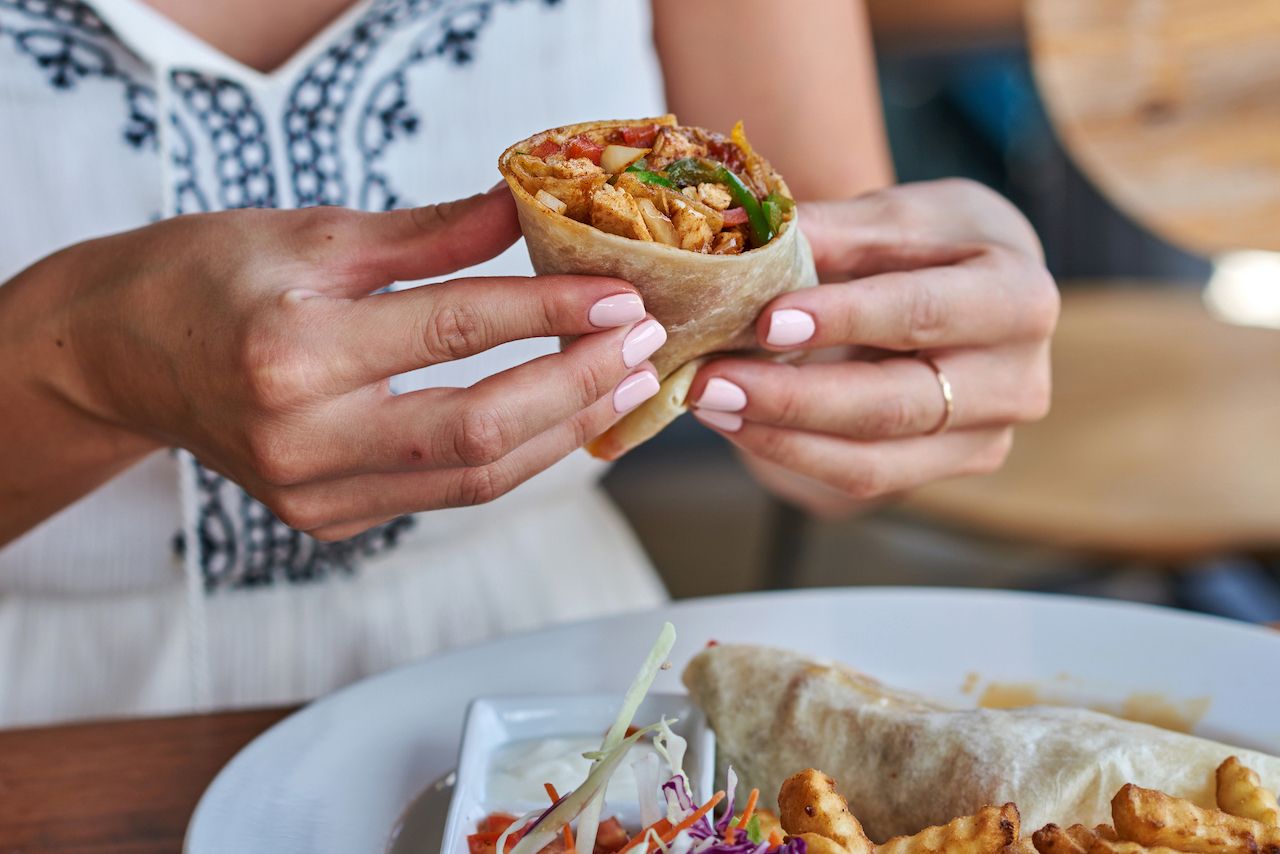 My Japanese friend was convinced that “you know Californians miss home when they start talking about burritos.” True enough, in-depth discussions about missing our burrito joints of choice would come up even more often than being apart from our families. Burritos are a unifying part of the Californian experience — black, Asian, gay, poor, rich, or Ke$ha, you love a dank-ass burrito.

Speaking of dank-ass food, we don’t speak the same English other Americans do. Sometimes phrases like, “How gnar was that shit?” or “James was hella butthurt so he just bailed” do warrant translation. 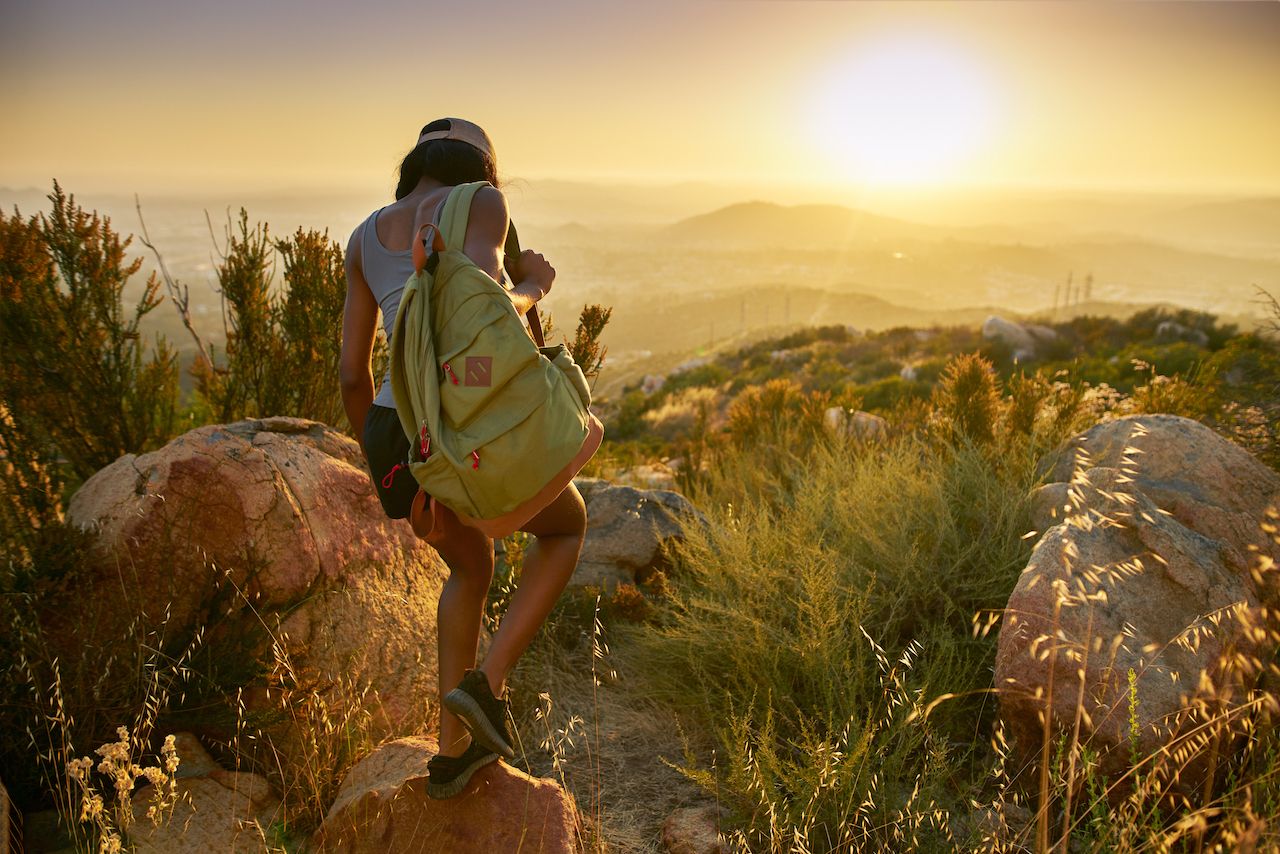 I was living in Taipei for a while, which, despite being a super fun party town, has some of the suckiest weather outside of London. After months of grey weather I was bummed for no real reason until one day, in a quiet alleyway, the sun finally muscled its way through the clouds and onto my skin. I was immediately way happier. Later, when my friends visited me, they expressed sincere concern about my state of being because I was no longer tan. We are a solar-powered people.

5. You’re the best driver around.

People complain about Californian drivers like we suck or something. Quite the contrary! We have more practice than anybody at it, weaving through lanes and circumventing traffic with our eyes closed. Our skills can shave 20 minutes off a drive in traffic that would reduce lesser drivers into sobbing lumps of existential despair. And yeah, we know this is bad for the environment. We assuage our guilt with compost heaps and Priuses. Prii?

6. You have an incorrigible avocado habit. 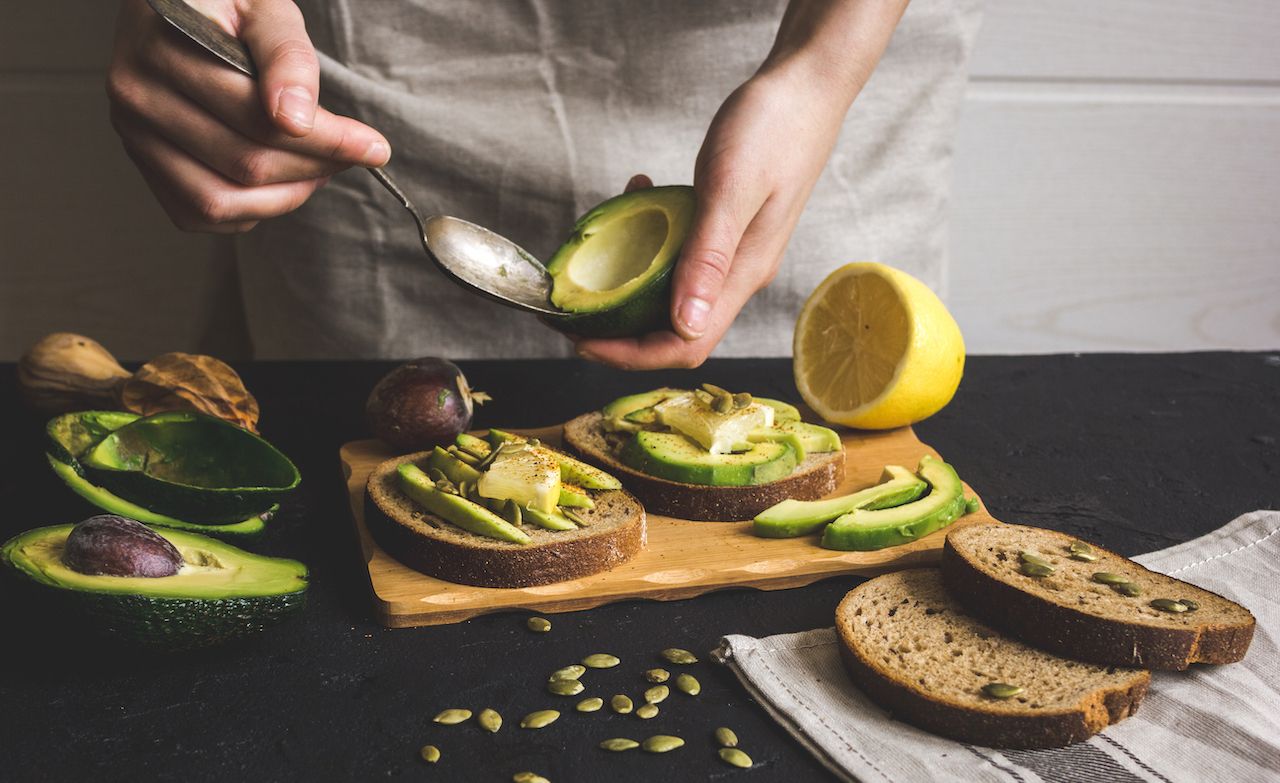 In other parts of the country, avocados are an expensive luxury. I’ve seen New Yorkers cradling a sorry-looking avocado they just paid three dollars for. We just put avocados on everything because their creamy decadence makes all of our fresh food taste even better.

7. You act all tough whenever there’s an earthquake.

“Oh you think that was bad? You shoulda been there for Northridge, now that was a gnarly quake,” you tell those scared non-Californians after a little rumble. True, we have a lot more experience with earthquakes than most people, but they still scare us. Not that we’re going to admit it, though.

8. You’ve got a special PCH playlist. 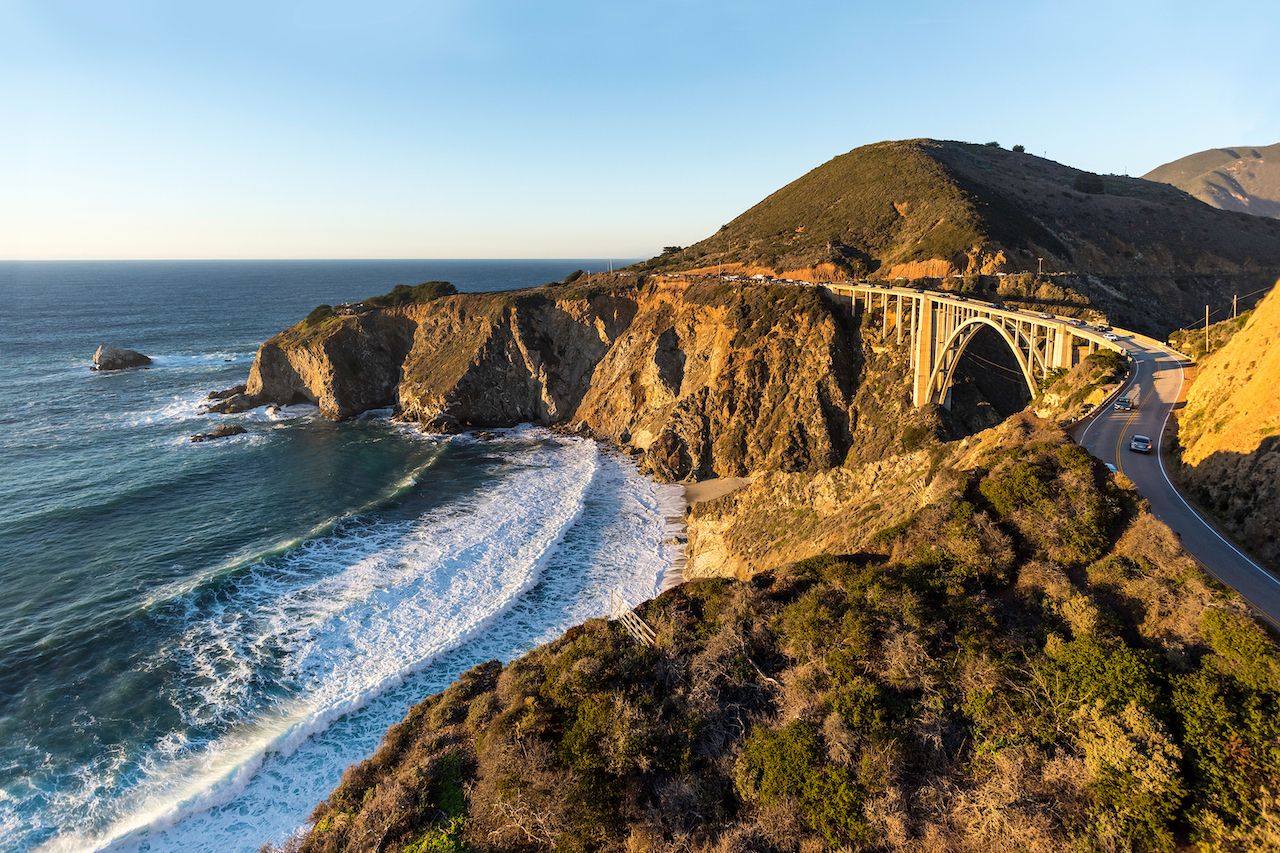 Driving Pacific Coast Highway is a special occasion. It’s usually a day when you’re not in a terrible rush slogging around on the 5, and you can really roll down the windows and enjoy the smell of the sea. What’s actually on the list is really personal, but you can never go wrong with the Beach Boys.

A pissed off Rhode Islander came up to me one afternoon. “God you Californians suck so bad!” I asked her why. “Whenever I say I’m from Rhode Island, they just ask me why. Like, why do I live somewhere that isn’t California.” I tried to sympathize, but honestly, I have no idea why anyone would want to live in Rhode Island.

CampingCamping Your Way Up California’s Highway 1

10. Snow kinda freaks you out.

Sure you go snowboarding in the winter, but snow is a pretty foreign concept off the slopes. Last time I was in Brooklyn it was a particularly chilly December evening. I was walking out of the subway when the road looked kind of weird. “Dude, snow!” I said to the guy next to me. “Yeah, what about it?” he said. “Dude!” I said, at a lost for words. He shook his head and walked away. 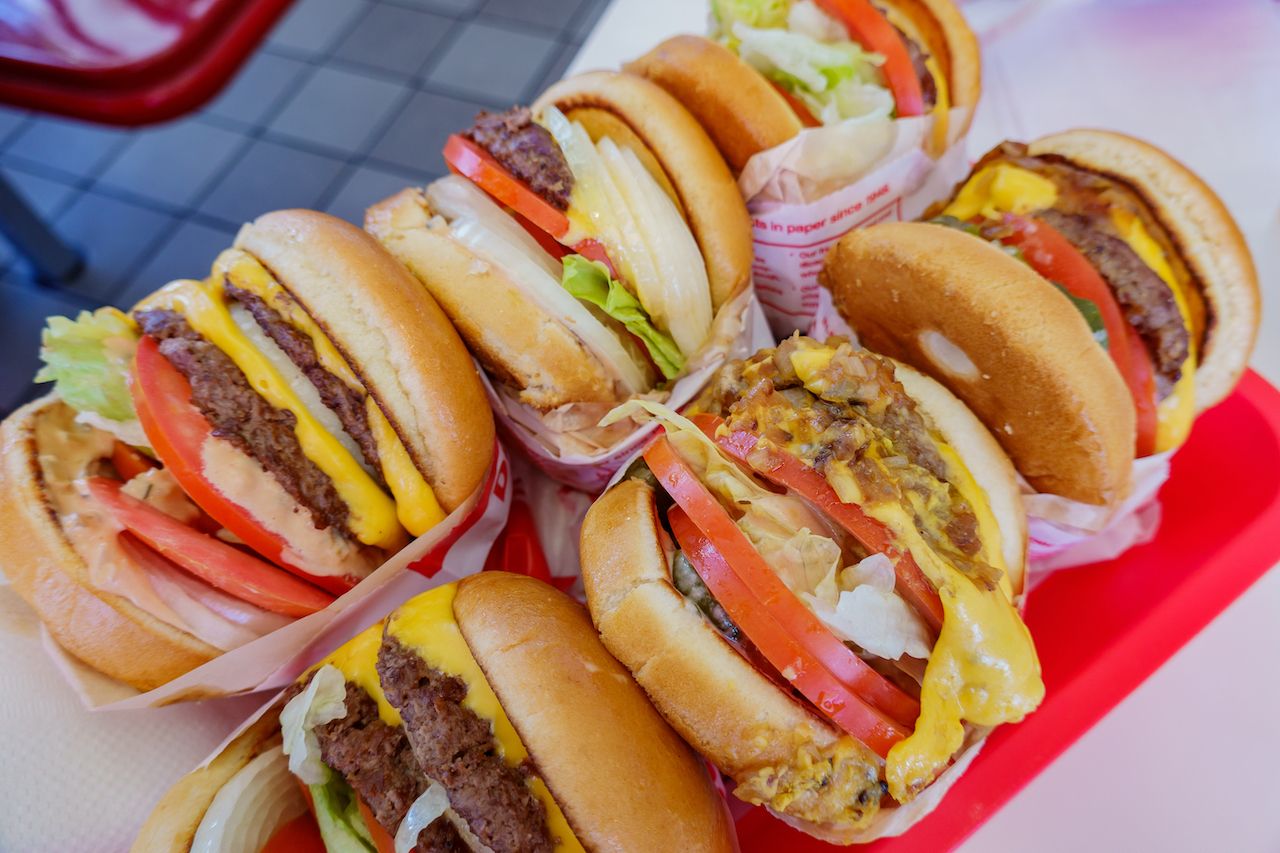 I can’t write an article about California without any mention of what In-N-Out means to us. We have access to every variety of gourmet burger imaginable, from Kobe beef patties to buns made out of ramen, but all these weird permutations are only brief distractions from the pure burger bliss of In-N-Out.

It’s the perfect harmony of the fresh tomato and lettuce. It’s the lightly toasted bun. The thicker than Kim Kardashian milkshakes. That gross-but-satisfying post burger onion breath. In-N-Out doesn’t ever change its menu, because there is no improving on perfection. Any Californian who has ever left California for an extended period of time knows that coming in for a Double-Double Animal Style is the only homecoming ceremony that means anything.

East Coast idiots might try to tell you that Shake Shack or Five Guys Burgers and Fries1 are comparable, even better, but their taste is suspect; they live on the wrong coast, after all.

Sorry, but that place should definitely be a sausage joint. Just saying.