Go ahead and chalk up the bridge from Big Little Lies as another place ruined by overtourism. Not that the Bixby Creek Bridge along the Pacific Coast Highway was ever a huge secret. But while the show was airing, locals painted “Overtourism is killing Big Sur” on the arch bridge in protest of Instagramming visitors clogging up its highway.

It’s but one of many over-exposed locales in the Golden State. But the good news is that California is massive, and if you’re looking for some spectacular spots that won’t have you fighting half a tour bus to see, you’ve still got options. Though a year from now they may not be, here are nine of the most photogenic locales in California that are still pretty empty right now. 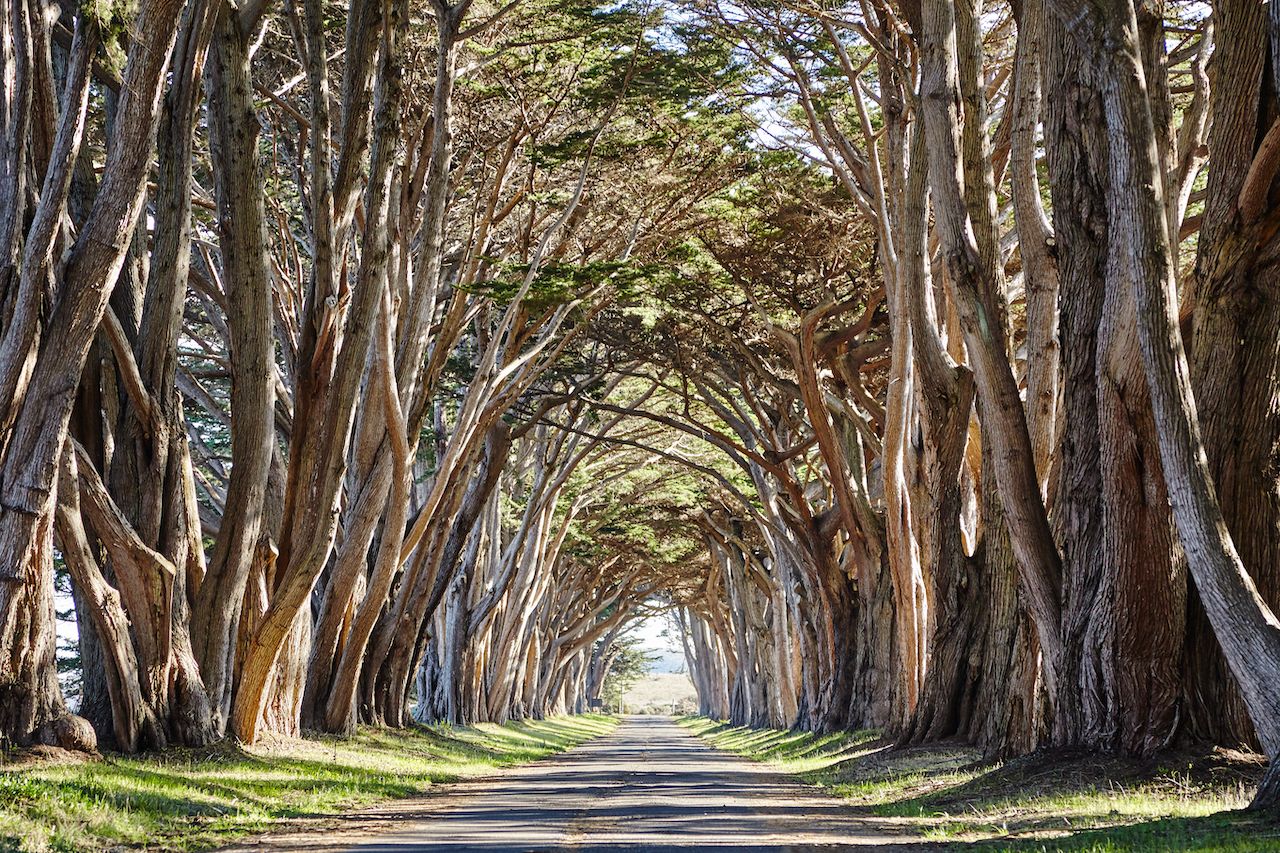 A magical canopy of cypress trees lines this romantic driveway to…the Point Reyes National Seashore North District Operations Station? Yep, this might be the prettiest rangers’ driveway in America, set on the dreamy coast of Marin County in the Bay Area. The park is best known for its 19th-century lighthouse and its untamed shoreline, meaning most visitors miss out on the cypress tunnel. You can spot it from about a mile away, and the park service asks that you drive through the trees before taking pictures, parking your car in the lot on the left when you get through. This keeps the road clear, and aspiring photographers safe. 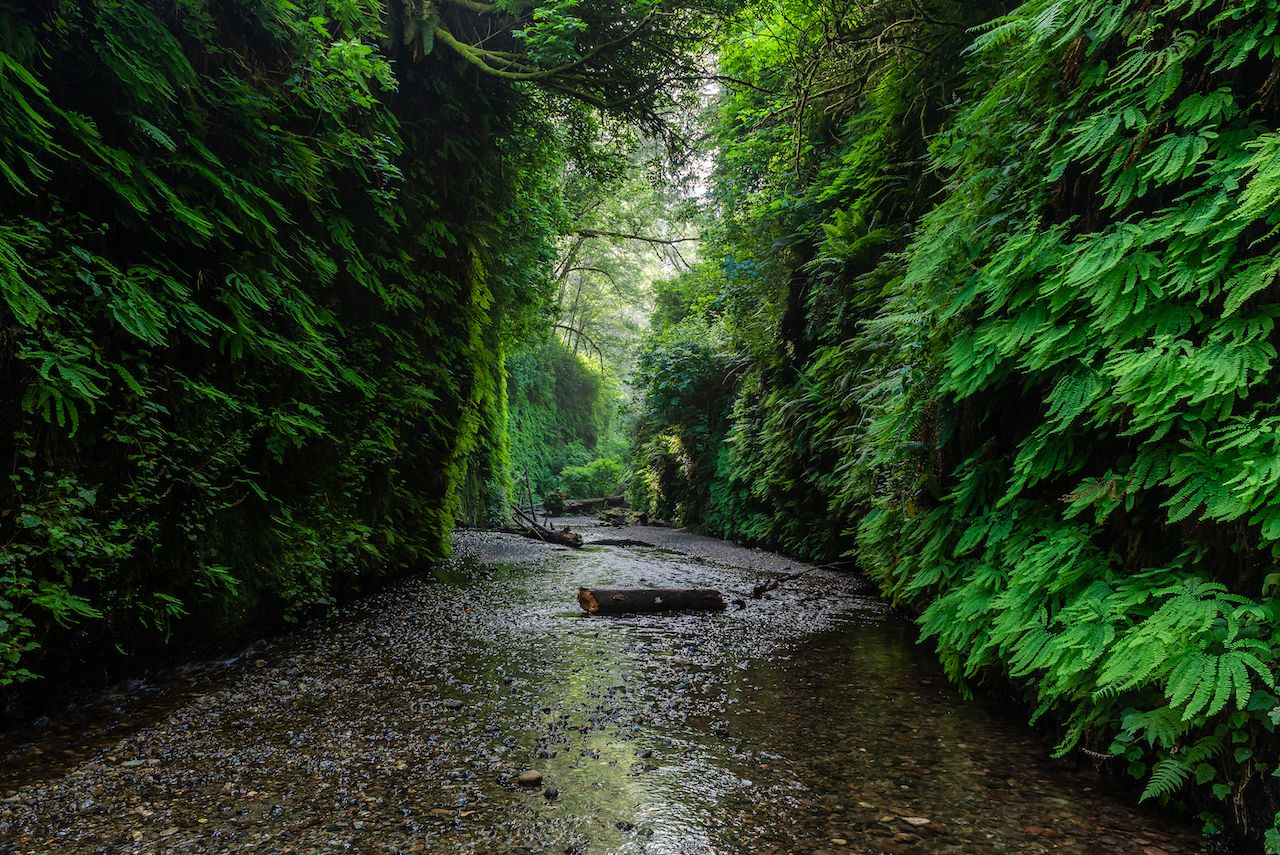 The 50-foot walls that encase Fern Canyon feel a little like those “edible walls” craft cocktail bars like to put in the back. Except instead of growing rosemary and other muddle-able treats, these natural walls sport six different species of ferns, some species dating back 325 million years. The prehistoric nature of the local flora might be why Steven Spielberg chose this canyon as a filming location for Jurassic Park 2: The Lost World, calling it an “unforgettable natural wonder.” The canyon isn’t terribly long, and involves a 10-mile drive on an unpaved road to reach, which is why many hikers choose to trek through the canyon and its tranquil footbridges multiple times during a visit. 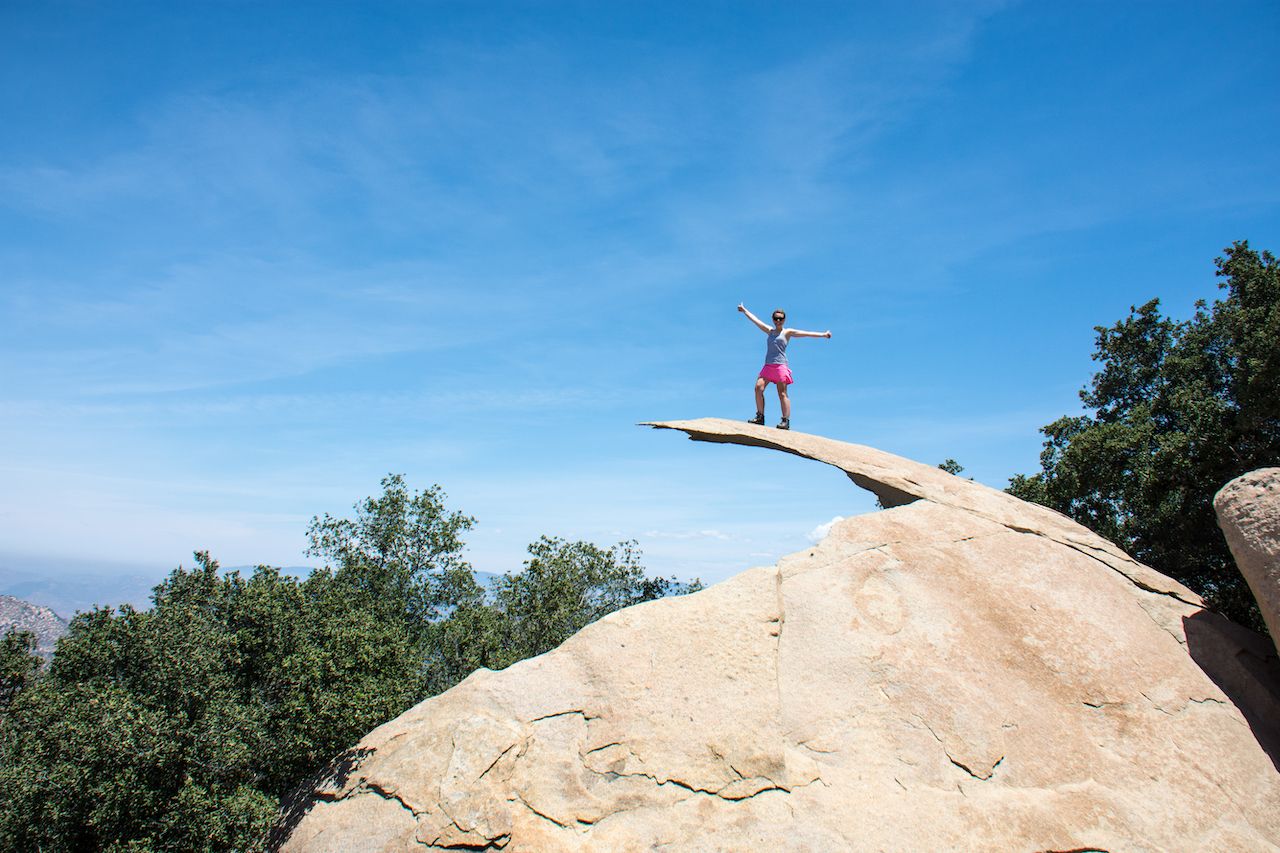 Usually, saying you’re standing on seven feet of solid rock sounds like a pretty stable proposition. Not so much at Potato Chip Rock, that despite being seven feet long looks about as thick as a Pringle. And creates the illusion that standing on it will put you on the wrong side of a Darwin Award. That said, this 7.6-mile out-and-back hike has proven safe over the years, and offers spectacular panoramas of San Diego County and the surrounding wilderness. The hike will take you about three or four hours and you’ll gain 2,100 feet. It’s a picture not easily obtained, but worth a half-day if you’re in San Diego. 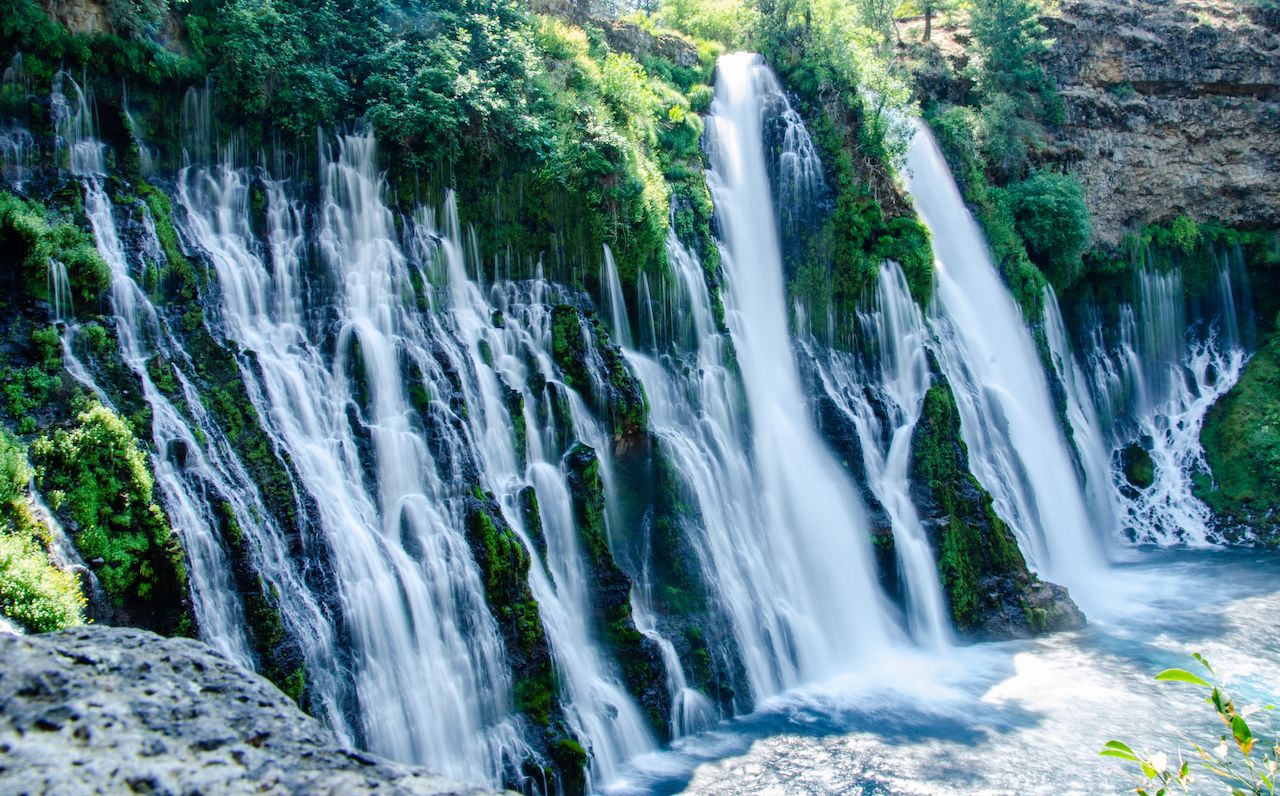 The most impressive waterfall on Shasta County’s waterfall loop sits in McArthur-Burney Memorial Park along the Volcanic Legacy Scenic Byway. About an hour northwest of Redding you’ll find the spot Theodore Roosevelt dubbed “the eighth wonder of the world,” a 129-foot, fern-draped waterfall that drops over 100 million gallons of water every day. The sight of rushing whitewater and mossy canyons is awe-inspiring, but catch it on a clear day and you’ll see the entire scene reflect off the bright blue pool at the base too. Though Northern California locals know of it, Burney Falls may still be the most “where is THAT” waterfall photo op in the state. 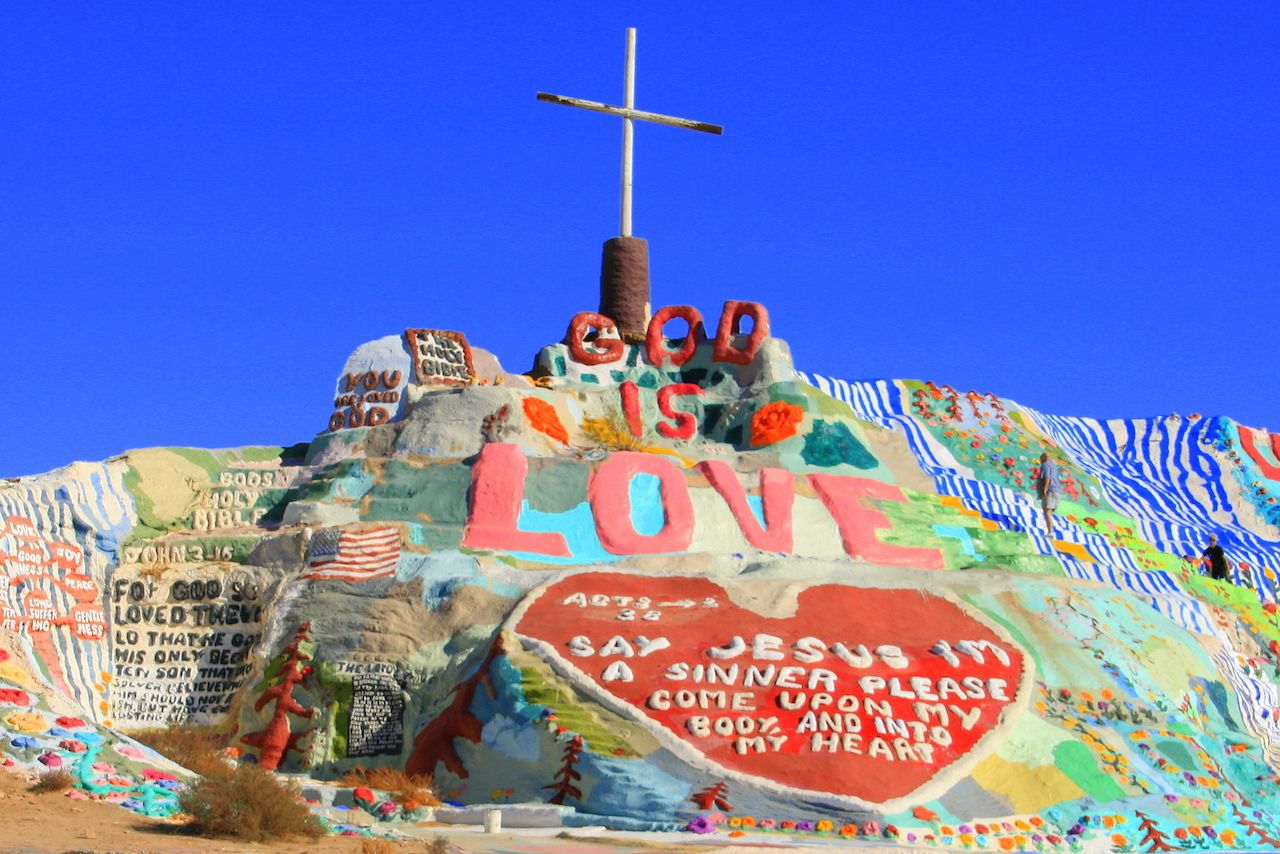 A road trip through the odd desert attractions of southeast California will almost always bring you to this adobe mountain 90 minutes from Palm Springs, the creation of don’t-call-me-an-artist Leonard Knight. It’s already somewhat Insta-recognizable by its giant “God is Love” mural that adorns its 50-foot summit. But the rest of the mountain is an ever-evolving collection of Knight’s inspirations, where he molds and paints new sculptures to add to the mound. The idea is to give thanks to God and the gifts he’s given the world, but much like grand cathedrals and renaissance art, you don’t need to be religious to appreciate its beauty. 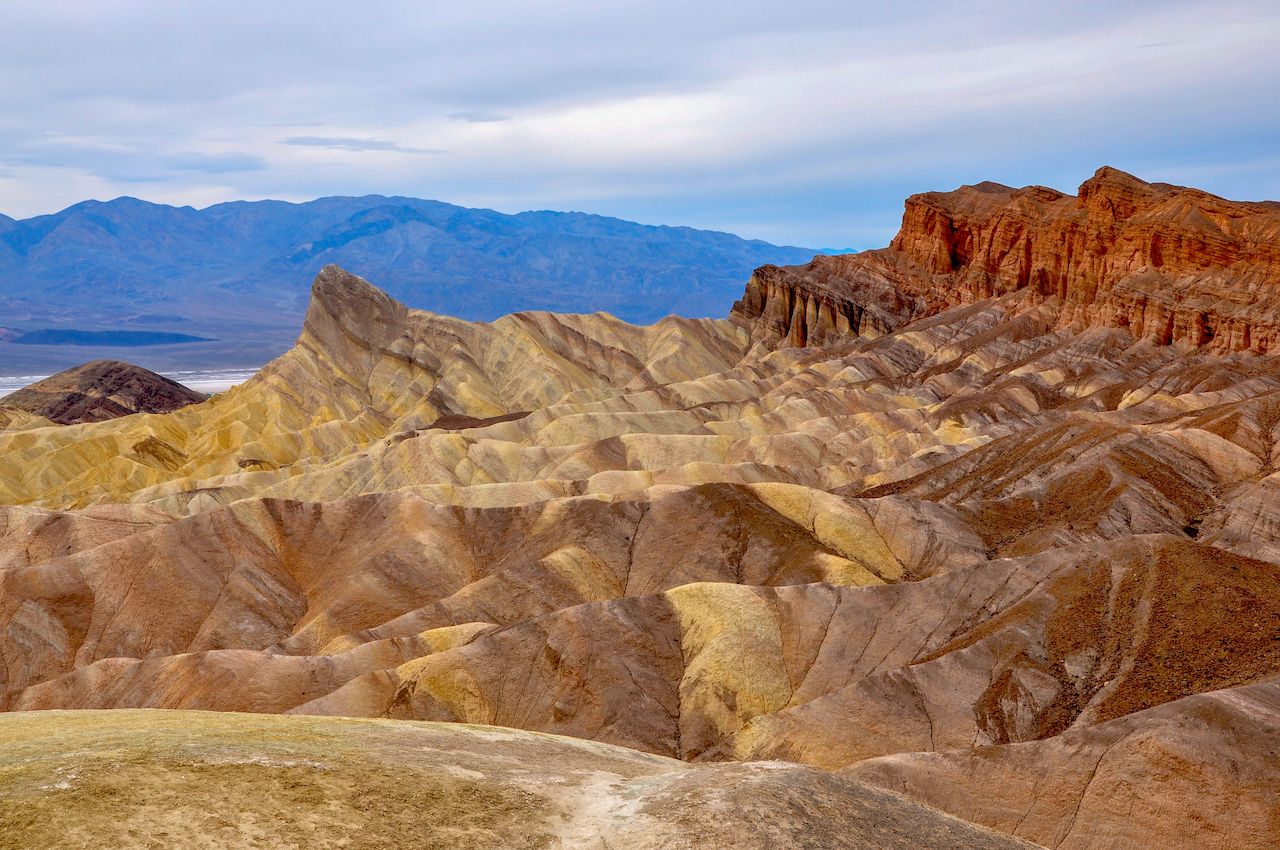 To appreciate the full technicolor glory of the Death Valley badlands, you need to delve deep into the national park and stop for sunset at this point off Highway 190. It might be the lone spot in the park where you’ll find anything resembling a crowd, there to appreciate the sandstone canyons, sand dunes, and salt flats below. They turn alternating hues of red, yellow, orange, purple, and even green as the sun sets, offering shades of those colors you’ll seldom see elsewhere. If you want to escape the masses at the roadside lookout, hike down into Golden Canyon where a fairly easy, two-mile out-and-back trail winds through the canyon, putting you in the middle of the spectacular desertscape. 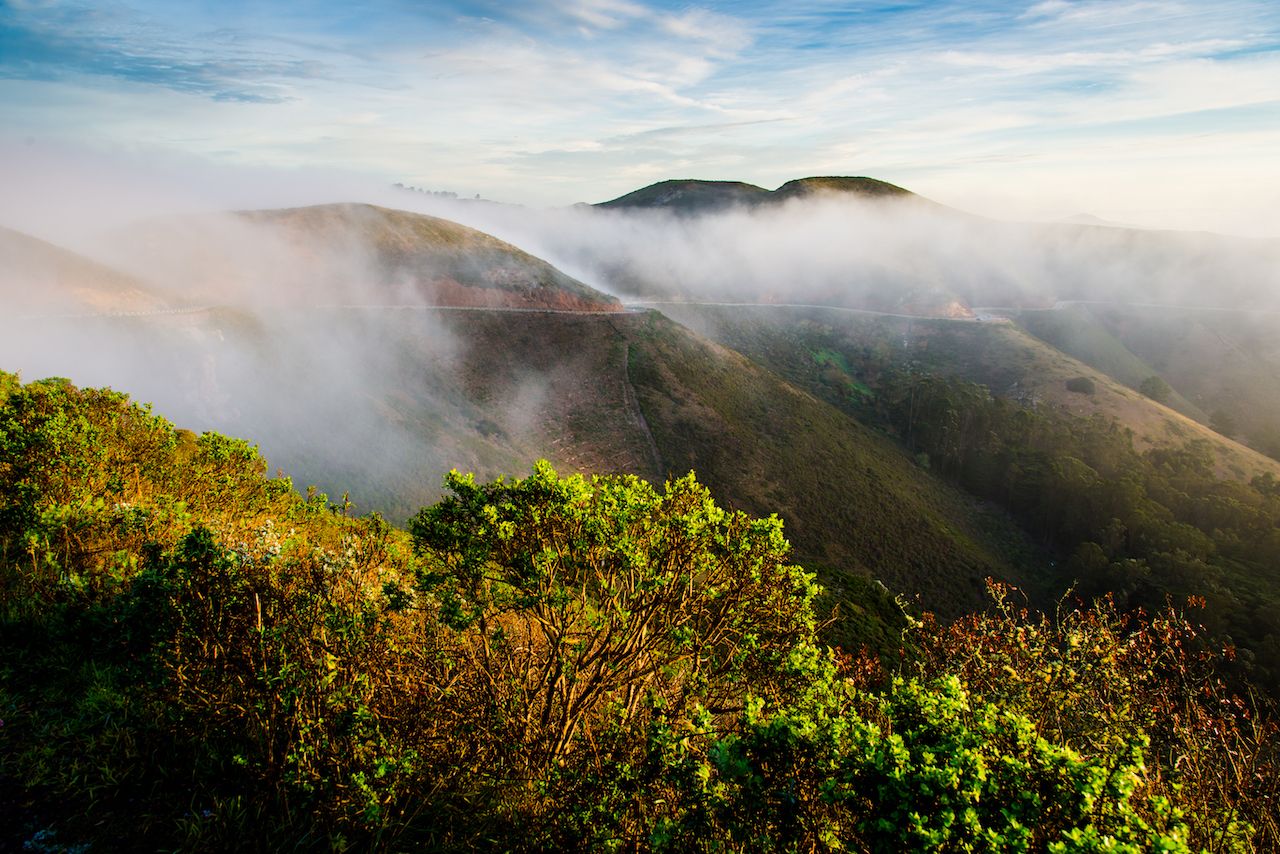 Though the winding road just north of the Golden Gate Bridge is no secret to anyone, most tourists don’t have much use for the Marin Headlands after they get their requisite picture of the bridge and San Francisco skyline. But venture past the photo ops at Battery Spencer and you’ll find one of the most scenic drives in America, sporting new views of San Francisco Bay and the cities nearby around every turn. Ride the five miles down Conzelman Road and you’ll arrive at the Point Bonita Lighthouse, a seldom-visited 1855 lighthouse that juts out into the roaring Pacific. The third lighthouse built on the west coast is still active today, and an unexpected find near one of SF’s most-visited viewpoints. 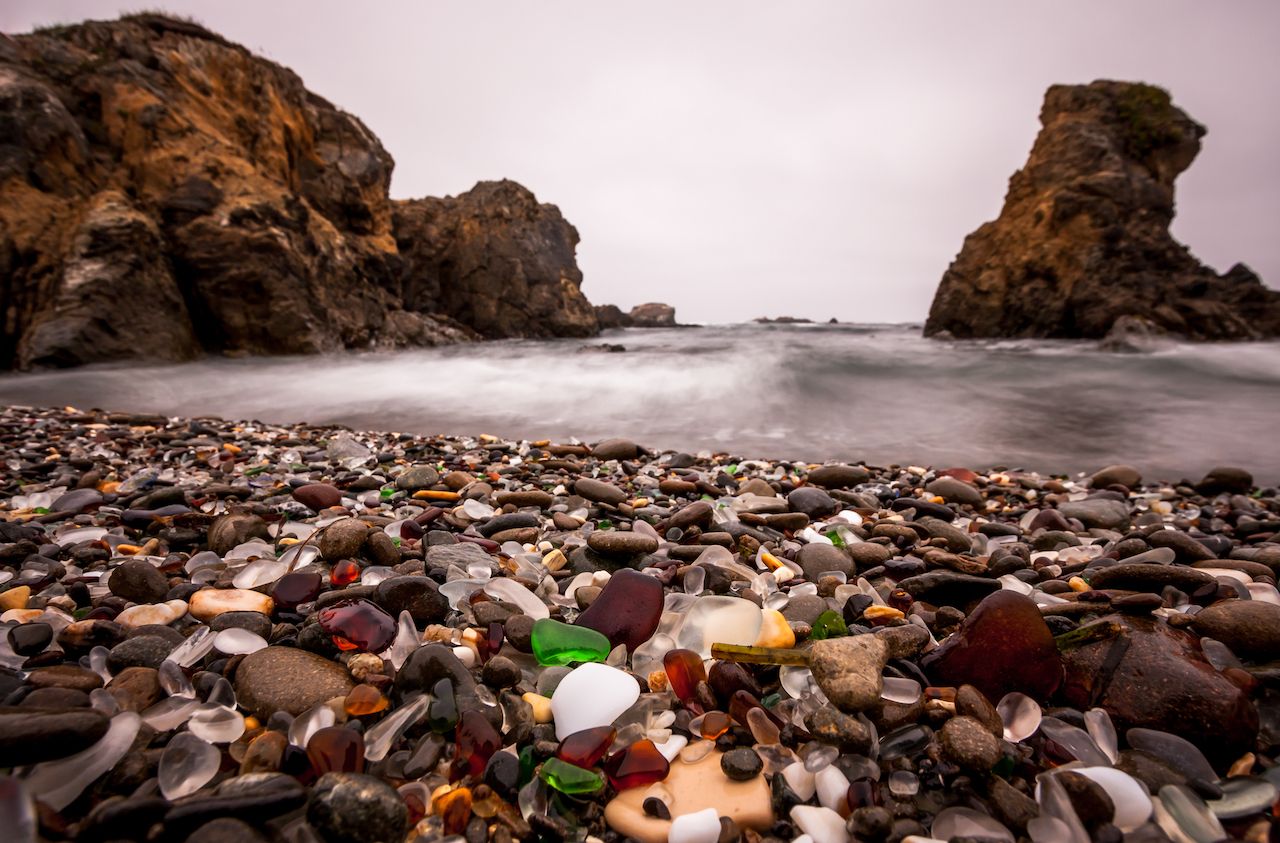 We wouldn’t exactly call it a testament to recycling, but this beach near Fort Bragg is a fascinating look at what nature does with people’s trash. Rather than being made up of sand, Glass Beach is comprised of discarded glass bottles that have been polished by years of ocean erosion into shiny, colorful gems. Way better than that Texas-sized mound of plastic in the Pacific. The beach is actually a historic trash dump that’s been turned into one of the biggest sea-glass repositories in the world. It might not be a natural beauty in the traditional sense, but it is a testament to what nature can do with just about anything. 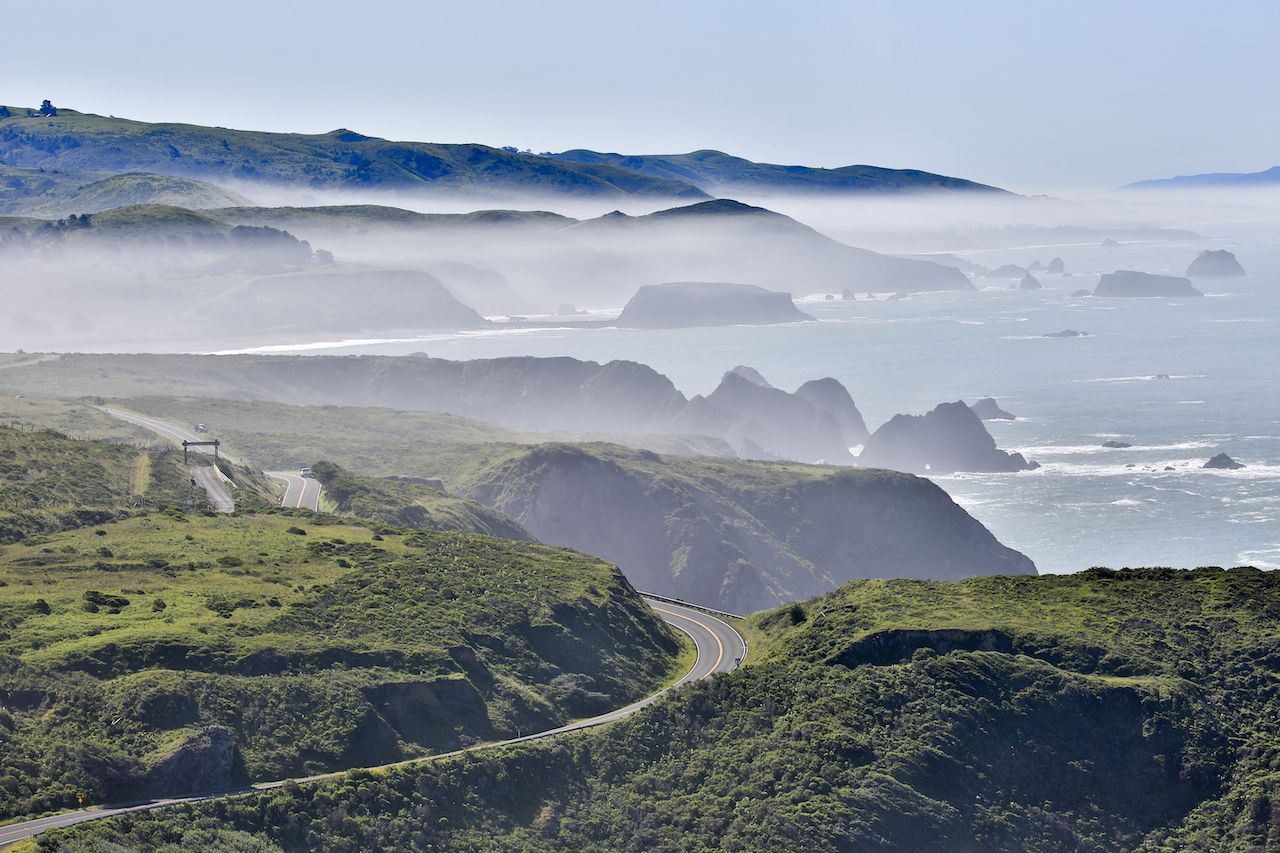 Those old enough to remember the 1963 Alfred Hitchcock film The Birds may recognize this coastal beach town as the place where those pesky avionic creatures wreak havoc. Of course, those old enough to recognize it also probably aren’t on Instagram, so it’ll be new to most of your followers. The town resembles something from the British Isles (but sunnier) with vast, windswept cliffs falling into rough, crashing ocean. It’s the kind of town where you’ll find it hard to believe you’re a mere 90 minutes from San Francisco because it has been kept so small. Just try not to draw too many other photo seekers here; it’s also not the kind of town that’s begging for an influx of tourists.

HikingHow To Tackle the Best of San Francisco on Foot With the New Crosstown Trail
Tagged
National Parks Insider Guides California, United States
What did you think of this story?
Meh
Good
Awesome