The presence of cultural diversity might be one of the main reasons millions of tourists flock to Mexico each year. Ancient architecture, food, spiritual rituals, colorful textiles, traditional medicine — these are only some of expressions we can learn about from the Mayas, Zapotecs, Tarahumaras, Nahuas and other indigenous communities who currently reside in Mexican territory and who are recognized by the Mexican state as groups with the right of free determination. This ‘right of free determination’ includes the right to decide the internal forms of social, economic, political, and cultural organization, the right to preserve and enrich language and culture, and the right to elect representatives to the municipal council, among other things.

But there is one group of 1.4 million people that has remained invisible to the Mexican state for centuries. They are the descendants of African slaves who were shipped to Mexico between the 16th and 18th centuries.

Watch: What it's like to be a black woman in Brazil

Although the National Commission for Human Rights (CNDH) affirms that Afro-descendants have a right to cultural identity, social progress, and prosperity in the same way that indigenous communities do, according to the constitution, they are a population that has passed through, they are often deprived of their human, economic, social and cultural rights. As a consequence, Afromexicans suffer from poverty, socioeconomic inequality, and marginality.

Israel Reyes Larrea is the coordinator of AFRICA, A.C., an organization fighting for a constitutional recognition of Mexican black community. He explains that:

“The major problem that Afromexicans confront is the lack of recognition of their rights as a community, which traduces in the absence of public politics and affirmative actions, provoking discrimination and structural racism. [The] Mexican state refuses to acknowledge cultural contributions of Afromexicans in the construction of [its] national identity. In the territories of Costa Chica of Oaxaca and Guerrero, where the majority of Afro-descendants live, there’s a strong marginalization, which reflects in the lack of access to quality education, medical services, media infrastructure and housing.” 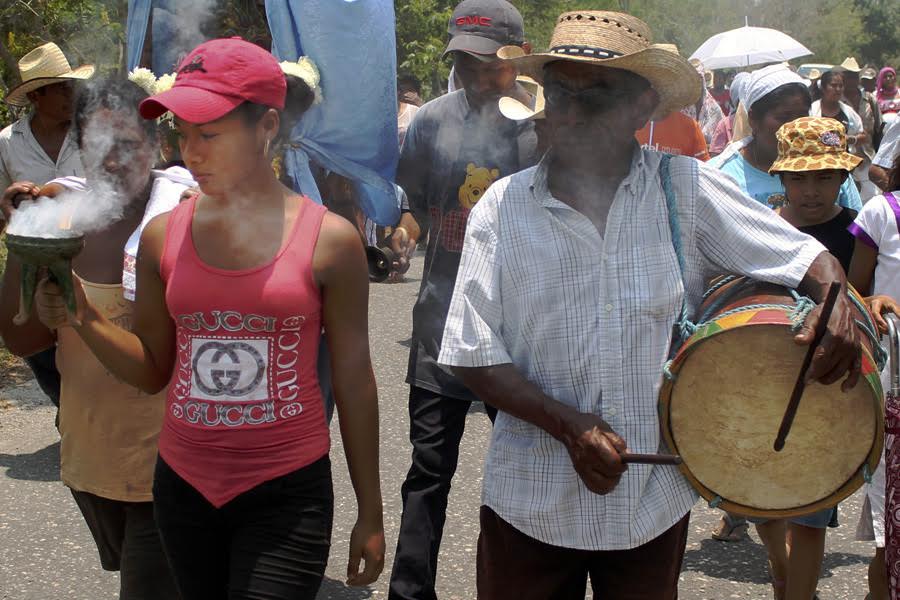 “The second article of the Mexican constitution defines our nation as multicultural and multiethnic. Therefore it’s necessary to include the rights of the black community into our Magna Carta. This would allow [us] to generate laws and public politics that would protect this ethnic group that has been living in denial for so long. On the other hand, it would enable [us] to break the rules and the norms that absurdly prevent us from being a subject of governmental development programs and other financial help.”

According to special research conducted by the CNDH about the situation of Afro-descendants in Mexico, Afromexicans suffer from poverty, lack of social benefits, and alimentary deficit, among other things, at a much higher percentage than any other Mexican population.

Here are some statistical data that confirm the alarming economic and social situation of black communities in Mexico:

The commission emphasizes that the child’s registry is the first condition that enables his or hers social participation. The right, derived from a birth registry, facilitates a person’s inclusion in economic, political, and cultural life, as well as the access to basic human rights, for example, the right to healthcare, education, and protection.

Reyes Larrea believes that the economic level of Afro-descendants’ lives could improve by having a better access to media and other essential tools that would allow them to explore the earth, the sea, and the lagoons of their territory in a more sustainable way, and that this inequality could be eliminated by establishing legislation that would prohibit or regulate the development of mega-projects that do not benefit, but rather harm, the black community. 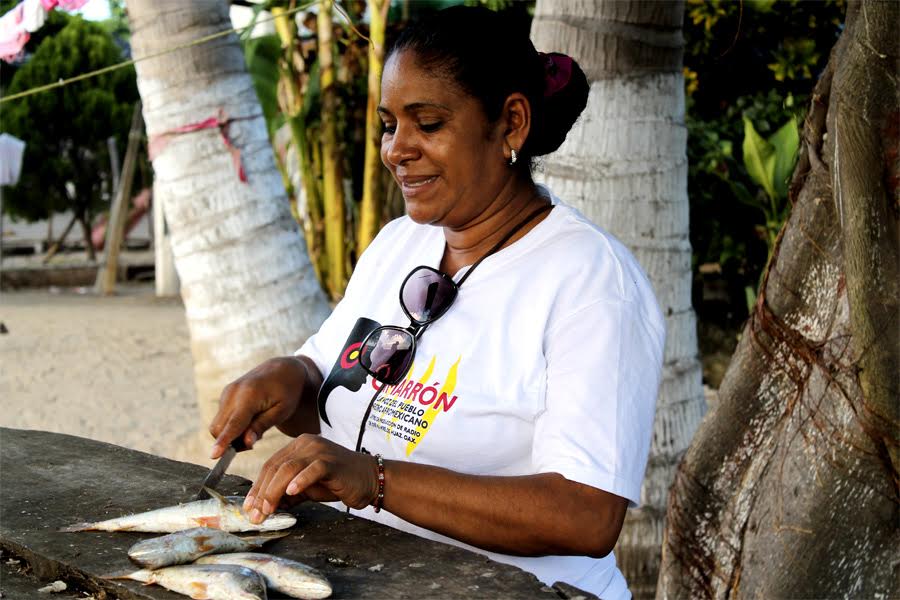 But a poor economic situation isn’t the only problem Afromexicans are facing. “Discrimination starts as soon as we cross our regional borders,” affirms Reyes Larrea, explaining that instead of using their names, people call them ‘negro’, ‘moreno’, or ‘prieto’.

“It happened to my son when he had to move to the capital of Oaxaca to continue with his studies. Suddenly he was no longer Israel Hernan but ‘Cubano’, ‘el more’, and ‘el costeño’.”

ActivismBrazil Is Always Portrayed as Tolerant and Diverse. Here’s the Reality.

Afromexicans realize how important the color of their skin is when it hinders them from traveling freely in their own country. It’s well known to hear stories of authorities treating Afromexicans like undocumented immigrants. It’s not uncommon for them to be made to sing the national anthem or give a brief Mexican history in order to prove their Mexican nationality.

Fortunately, Reyes Larrea affirms that the black community’s rebellious character has allowed it to preserve its culture, despite all these obstacles. “We live in a constant search of our freedom. Many black people rest in the vastness of oceans because they refused to be enslaved, and the [ones who arrived] to these lands maintained their resistance. The enslaver deprived them of name and family, but not of knowledge, rituals, and traditions, which have remained alive throughout all these centuries. Therefore it’s our duty to continue to preserve and promote them.”