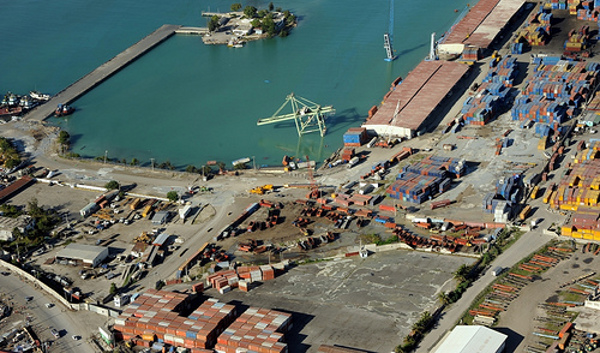 Feature and lead photo by simminch

I’ve often questioned the role, nature and validity of social media viral campaigns and their ability to provide useful aid. So many campaigns seem motivated by self interest with the glossy sheen of giving a damn about someone else.

Then this earthquake hits Haiti. It’s horrible. Unimaginable, really. We sit at our computers and by our televisions waiting to hear what’s going on, wondering what we can do.

That is when Matador’s own Julie Shwietert Collazo set out to create her own viral media campaign, capitalizing on the ever growing Matador Network. It began with an e-mail to all of us on the Matador team asking for us to tweet the following message.

@JetBlue: If @MatadorNetwork could fill a plane with volunteers, would you fly them to Santo Domingo to help#quake vics in #Haiti?

So we tweeted and retweeted. Then members of the extended Matador Network picked up the mantle. Then they told a few friends, and they told a few friends and so on. JetBlue heard. The media heard. Better yet, hundreds, no thousands of people all over the internet heard and began to respond in e-mails, comments on Matador, gave donations and with contacts and ideas to help further the campaign.

Then Came the Criticism

@mikebarish If we send people to Haiti “more chaos would ensue.” Looking at you @MatadorNetwork. http://bit.ly/8xDix8

The link leads you to an article stating how it is completely misguided to send all those who want to volunteer into Haiti. Untrained volunteers would not only get in the way and, yes, cause chaos, but would be an additional burden to the already hurting country. 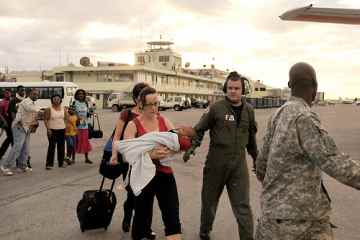 And I completely agree.

But no one ever said Matador or Julie ever said anything about sending untrained volunteers to Haiti? If only the author of that article had been privy to the internal Matador team updates or bothered to reach out to Julie to address her and Mike Barish’s concerns.

They would have known the following:

1. Priority will be given to volunteers who have demonstrated one or more of these skill sets: French/Creole language fluency; military experience in Port-au-Prince (mainly b/c they know lay of land and have disaster relief experience in the area); and nurses/medical professionals.

2. We do NOT have proposed dates yet. While I want to capture the good energy while it’s fresh, I also will not put anyone in danger by taking them into a place where we have no reliable contacts or information.

3. In addition, Julie’s husband Francisco had been talking with the Haitian consulate in NYC in order to coordinate efforts in a useful, efficient and timely way.

I’d say they had their basis covered.

What do we learn from this?

Social Media is only the beginning.

Twitter is a wonderful way to disseminate basic information. You can reach huge numbers of people with the goal of bringing them together in one place. In this case, the retweeted message brought people to Matador and to Julie’s article on how to help.

Twitter, however, does not provide the full picture and can in many cases, lead to disinformation.

You Must Do The Legwork For Yourself

It’s easy to take the little tidbit you get on Twitter and take it as truth, particularly if it comes from a trustworthy source, but it is crucial you do your own research. Follow any included links and read carefully. Google to find out more information.

Better yet, reach out to the source of information for clarification and solid fact.

Another thing to keep in mind: When crises are unfolding and, in particular, crisis responses are being developed and deployed rapidly, there are many elements of these plans that are occurring behind the scenes which cannot be disclosed. Early disclosure could lead to rumor, misinterpretation or will compromise other partners.

That said, Julie and Matador are happy to address any questions or comments you might have regarding this campaign. You simply need to ask.

Don’t criticize unless you have a solution.

Did Mike Barish’s critical tweet add anything? Did it further aid to Haiti? Did it even help clear up any confusion surrounding the viral campaign? 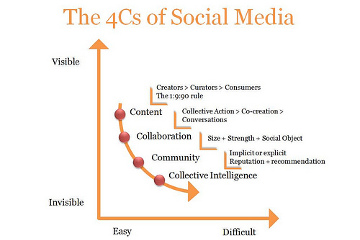 By contrast, State of Place wrote an article providing five constructive criticisms for how to improve the campaign. They did contact Julie with their concerns and learned that everything they mentioned was already under consideration.

Many others contacted Julie with resources, ideas and other information that augmented the campaign as well. Their foresight and insight are well appreciated.

I don’t know as much about Mike Barish as I do about Julie, so it wasn’t difficult for me to dismiss his criticism.

Julie is trained in crisis intervention and was an emergency counselor for Project Liberty immediately after 9/11 and for more than a year to follow. In addition to a full time job as the assistant director of a social service agency where she had a caseload of 30+ patients, Julie worked evenings as a bilingual therapist with women whose husbands had either been killed in the WTC or whose husbands had essentially been disappeared by Immigration.

I trust her decision making and process ability implicitly.

As she received responses from the viral campaign, she spent hours sifting through over 1,500 emails, meeting with the Consul, airline representatives and communicating with potential partners. She verified every source directly, leaving nothing to hearsay as is crucial for any viral campaign.

So even before knowing the specific details of her campaign, I was sure whatever was happening would be carefully planned.

The Matador Network social media influence extended to reach the countless individuals, organizations and businesses. Julie told us in one of her updates that even she was amazed by the scope and reach of the network and the generosity and forethought of network members. Among them Partners In Health. SODA. Richard Branson. The Bresma orphanage in Port au Prince. And a military service man with GPS coordinates on the ground in Haiti. 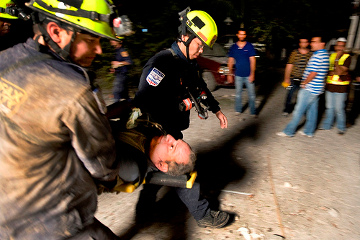 Create Something Permanent For After the Campaign

Julie saw during 9/11 that so many people wanted to help but there was no organized means for them to do so. In creating Matador’s campaign, Julie wanted everyone who read our articles or who found our tweets on Twitter to feel like they had some degree of agency, input, and ability to make a difference beyond simply donating money . Thus, an integral part of Matador’s plan was to create infrastructure for them to contribute, one that will remain standing beyond the immediate needs of the emergency in Haiti.

Yes, it can be messy, but that is the nature of social media, not to mention natural disasters and emergency relief. This viral campaign may not be perfect in all detail, but in the face of untold destruction, perfection is a luxury. If just one life can be saved, one organization receives money or one household drink unpolluted water, then the campaign has been successful.

That said, I’ll only hint to tell you that as things now stand. The final result of that original tweet is far greater than anyone expected as all these separate elements come together in a plan that will provide some relief in this time of crisis.

What other elements are important when addressing an emergency through Twitter? Tell us your experiences and thoughts.