In December 2013, I moved to Utah to start a venture that worked with refugees who showed an enthusiasm for entrepreneurship. I helped ambitious newcomers from Somalia, Iran, Iraq and Yemen start small businesses. It was a powerful experience to help ease their transition out of poverty, and little did I know, but it would later change the principles by which I lived.

Along that journey, I forged strong relationships with many of these individuals, and I learned powerful lessons of acceptance, trust, and honesty. I remember helping a woman from Somalia named Ayan. She was starting a childcare business.

Every time I would go to her house she would greet me with “peace be upon you,” and serve me tea. I remember her telling me that she viewed me as her brother. I had only known her for two months. It spoke to her gratitude. She had a genuine interest in creating relationships with her new neighbors.

This desire permeated the Somali community of Utah. It wasn’t what I expected. My assumptions were wrong. This family treated me better than most of the Americans I know. It has made me realize the important role refugees play in bringing acceptance into our community.

Then there was Omar from Mosul, Iraq. Omar was forcibly displaced from his home when ISIS overran his village. He almost didn’t make it out alive. Omar was captured by ISIS and tortured for days. Luckily a US Special Forces team raided the village in which Omar was being held captive. He is life was saved and he had the opportunity to resettle in the United States.

Omar immediately started adding value to the entrepreneurship community in Utah. Still to this day, he invites me over for food and introduces me to the best Iraqi restaurants in town. Omar was grateful that I was able to help him acquire capital for his business. He expressed his gratitude by gifting me Iraqi sweets.

Omar made me feel home by always inviting me to social events and being there for me when I needed help. Who would have thought that a refugee from Iraq would make such a lasting impact on my life? I didn’t, but it happened. I am more open because of Omar. I am more comfortable with being vulnerable because of Omar. Omar changed my life and made me realize that boundaries only exist because we create them. He made me realize that I don’t need boundaries as I pursue relationships and goals in life.

And then there is me. Back in 2015 I took a leap of faith and decided to launch a humanitarian operation in Kathmandu, Nepal. A month after arriving, the 7.9 earthquake unfolded in front of my eyes. With my home damaged, I was forced to live out of a tent for weeks. I saw 3.3 million people become homeless overnight.

Never in my life have I felt and seen so much vulnerability. I was the outsider now. Yet I was embraced as a neighbor by hundreds of Nepalis who didn’t view country of origin as a prerequisite for receiving help. I was offered food, water, and shelter when I lacked it. Free motorcycle rides were given to me amid the supply crisis. I was provided hope amid hopeless circumstances. It was acceptance which made that possible. 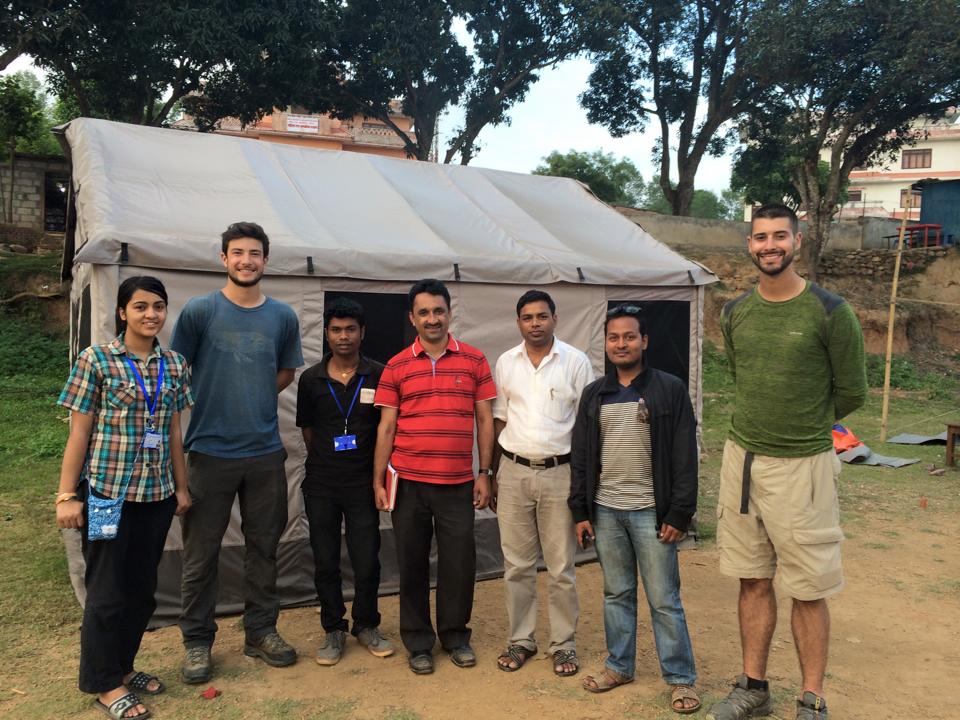 In Nepal at the time of the devastating 2015 earthquake. Photo by author.

ActivismWhat Happens When a Millennial Becomes a Refugee?
Tagged
Activism Utah, United States
What did you think of this story?
Meh
Good
Awesome