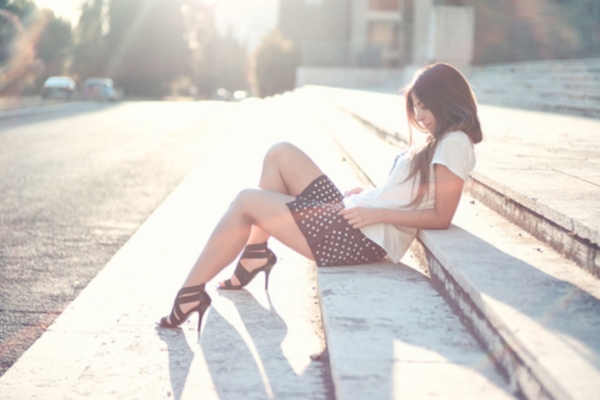 Lauren Quinn tells us how she learned to love herself. No strings, no exceptions.

The scene was set: Rome in autumn. An up-lit fountain in an ancient piazza. Lovers separated by an ocean — both physical and metaphorical — reuniting. A tentative hug, a bashful glance, hearts swooning with the purr of motorinos. Sparks would fly like those light-up toys the immigrants sell. There would be gelato. 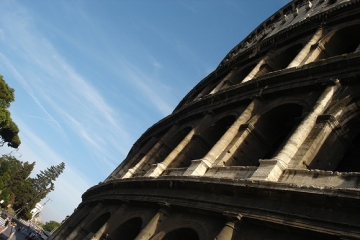 The vacation fling, the romantic getaway, the honeymoon: romance and travel are as hand-in-hand as a long walk on the beach. We step outside our physical comfort zone, and we move beyond our emotionally comfortable borders.

It often opens space for love, a kind we normally wouldn’t welcome. In my case, that kind was self-love.

It started with a vacation-style case of the fuck-it’s. I met M when he was leaving, only in town for a few more weeks before taking off for a prestigious internship in Rome — where, as luck would have it, I would be traveling during his stay. It was okay that he was much younger than me, freshly out of the longest relationship of his life and sleeping on his friend’s couch, because he didn’t have a place to live.

He would be leaving soon. I couldn’t get hurt. No strings, no expectations. Three weeks of fun, then back to regular life.

It’s a funny thing to have spent your whole life starved for love — hungry for it, searching for it, desperately looking for someone to give it, an elusive feeling you’re sure would fill that big empty inside.

They say hungry people make bad shoppers. You pick the hurt, the broken, and it becomes a project: “I’m going to love them like no one else has; I’m going to make them love me. Goddamnit.”You tend to pick the people least able to give you the very thing you crave.

It’s a funny thing to have spent your whole life starved for love — hungry for it, searching for it, desperately looking for someone to give you it, an elusive feeling you’re sure would fill that big empty inside.

You hope, you dream. You weave elaborate fantasies and scenarios in your head. You are far more concerned with these fantasies than the actual reality of what’s around you. You rationalize and justify. You cling to little scraps they give you like life jackets on a sinking ship.

Because hungry people, they say, will settle for scraps.

M didn’t deliver me any egregious wrong. He just didn’t say goodbye, save for a text message at 5 am, and he didn’t bother to write or say hello for a month. I felt dissed, but hell, I’ve been dissed a lot harder than that.

My own trip to Italy was approaching. We had to meet up, right? Hadn’t Fate delivered us into the same city? Hadn’t we made plans? Hadn’t I constructed the perfect fantasy in my head? What did it matter that I’d gotten hurt when he left. It’d be a couple days of fun in a foreign country, no strings, then back to my regular life.

But the voice just wouldn’t stop. Like a mantra, “You deserve better.” 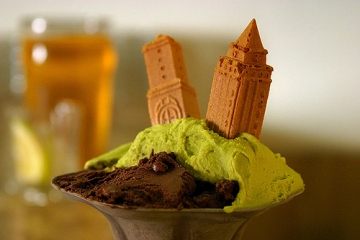 It became about how I wouldn’t dare ask for something better, because I didn’t really think there was anything better for me.

And somewhere, inside all that, it became about believing, if even in only some small broken chamber of my small broken heart, that maybe there was something better.

So I didn’t do it. I didn’t have my romantic Roman rendezvous.

We travel in part to be free of ourselves, the roles and responsibilities of home. Travel allows us to escape those self-constructed constraints of Who We Are and What Our Lives Are, and allows us to live more freely in the moment. This is in large part why vacation/travel romance holds such allure, perfumed in the hazy mystique of What Could Be and If Only. Traveling, we are truer, simpler versions of ourselves, finding truer and simpler versions of love.

It became about believing, even if only in some small broken chamber of my small broken heart, that maybe there was something better.

For some, this means being open to a fling with someone you might not normally date. For me, it meant taking care of myself in a new way. It meant really, actually loving myself.

I still had Rome.

Has travel changed your thoughts on love and self-worth? Share your comments.

If you enjoyed this story, make sure to check out our other Love in the Time of Matador articles.

What did you think of this article?
Meh
Good
Awesome
Bookmark
Posted In
Sex + Dating

10 tips for your best-ever vacation sex

How to deal with sexual harassment abroad

10 surprising ways to make your baecation the most romantic yet