HAVE YOU EVER SAT ON THE BEACH, stared at the ocean, and wondered where on Earth you’d end up if you could swim real straight for a very long time?

I know I have.

I also know that I was wrong probably most times I tried to guess. When I was gazing at the Pacific Ocean when on a Vancouver beach I was “looking” at Russia and not at Japan. When I was staring at the horizon in Brittany, France, I was not looking towards New York City, but towards Newfoundland.

Next time you’re on the beach wondering what you’re gazing at, pull out this map and don’t try to break the record for the longest open water swim. 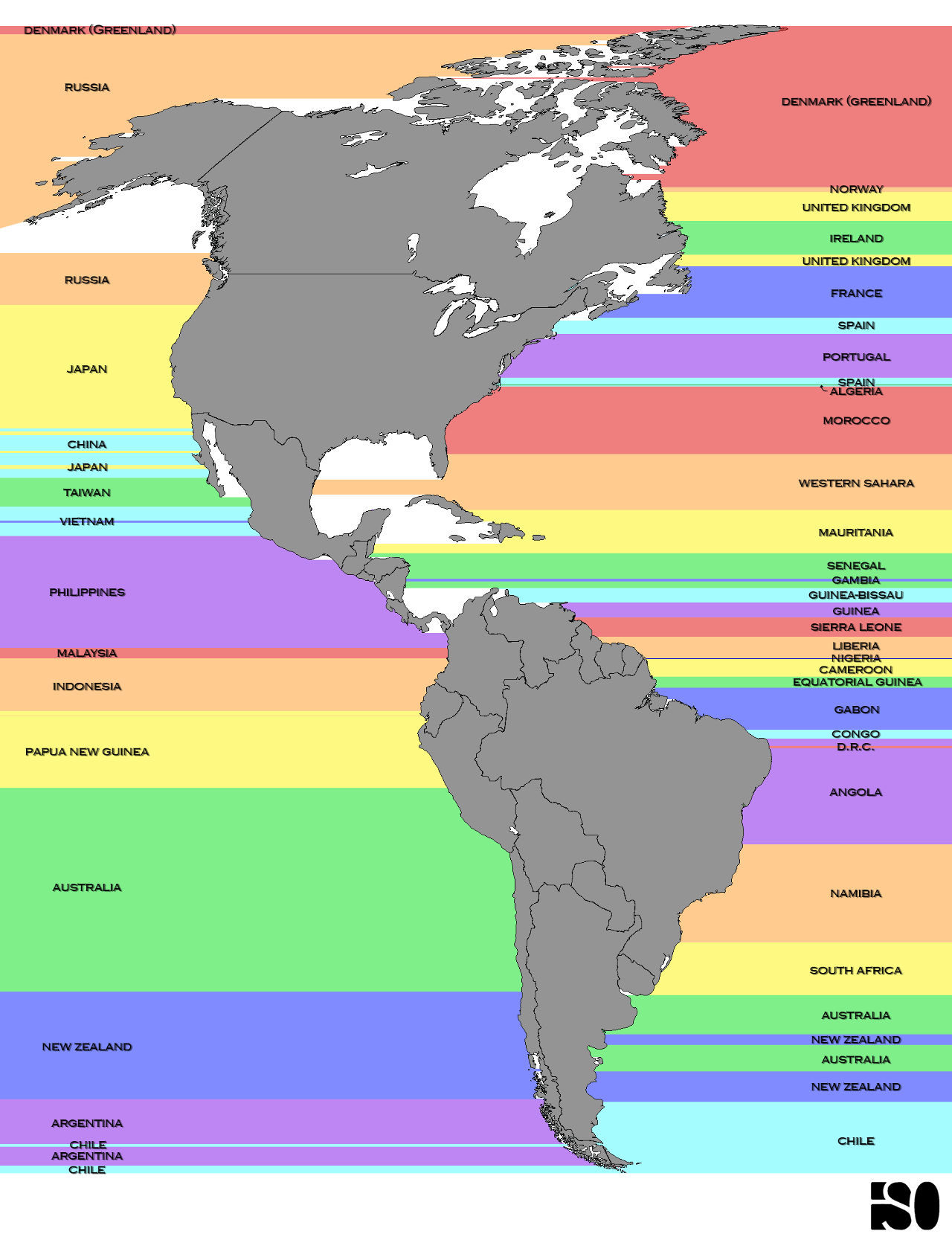