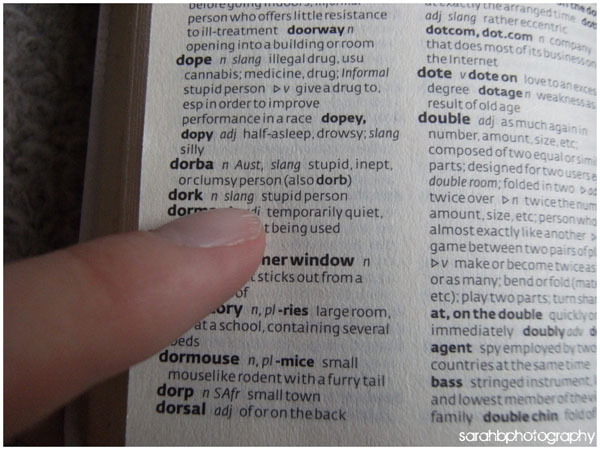 Ricardo Arthur explores the farcical funny, sometimes seedy world of international slang. Check it out. You’ll even find some words not yet on Urban Dictionary

You hear them spill from the mouths of those adorable hipsters shouting into their phones at the table next to you. You see them on the t-shirts you get for your birthday and cringe when your parents try them on to be cool.

While expressions like booty and talk to the hand are practically passé, new terms pop up everyday in every language. For the pop culturally challenged however, it might be hard to figure out what people are talking about. Here is a list of modern day colloquialisms you need to know and how to use them. 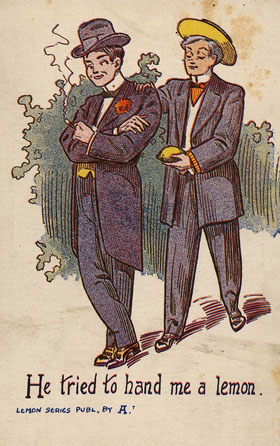 Back in the day: Back in whose day exactly? Certainly not your grandparents’. This one can be used by anyone but is usually said by people not actually old enough to even remember the real back in the day. As a result, when twenty-somethings say back in the day, they’re actually talking about any time in the past, from 5 years ago to five 5 weeks ago.

BFF (Best Friends Forever): Paris Hilton was so desperate for one she had a reality show on MTV to find that special someone, not once but twice! Alas, apparently even dishing out Hilton bucks like monopoly money can’T buy you true friendship.

If you ask me, girls who use this term deserve each other. Sure, they’re BFFs now, but before long they usually become:

Frenemies: She’s your friend, but consistently screws you over in one way or another. Yet for some reason you continue to hang out with this person and trust her. Wouldn’t it just be simpler if she were a:

Pachanga: Someone who was your friend but now no longer is. Rapper Fabolous said it best in song: “A thug changes, and loves changes, and best friends become strangers, Pachangas”.

OMG: Girls who are BFFs and Frenemies have this one on verbal speed dial. OMG is short for Oh MY God, but since these girls keep a busy schedule sending 100 texts a day lest they lose their popularity, they prefer the shortened version of this expression. Only to be used in serious and important situations such as: “OMG, there’s a 50% off sale at Urban Outfitters! Get over here now!”

These ladies tend to couple themselves with:

BRO: You know the type: The guy who may be a little obnoxious and too cool for his own good. With his spiked hair up to here and v neck shirt down to there, he’s the life of the party, but he also likes to wear sunglasses indoors. Think Jersey Shore. Nuff said.

Nouveau Douche: A term for those who somehow increased their income considerably and can now afford a richer lifestyle. But now they’ve got money, they no longer need manners or class.

Sexting: Phone sex hits the digital age. Why just talk about what you want to do with someone when you can send them a text message on your cell phone, and show them too!

It’s all fun and games, until you break up and your photos and videos become the next Facebook craze. Maybe you should have thought about that before sending pics of your pee-pee out into cyberspace, huh? 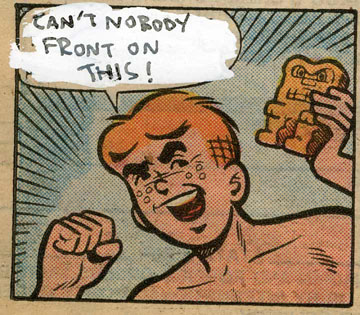 FaceBrag: You know that friend you have who feels the constant need to not only update her Facebook status every hour but let everyone know just how great things are going in their lives? Well they’re facebragging, and it’s got to stop. I’m happy that you’re enjoying your new iPad and can see palm trees from your villa on the beach in Bora Bora, really, I am, but making some us lose two minutes of our lives reading about it is just plain cruel.

Disco Nap: An intentional little ‘siesta’ early in the evening in order to be all systems go when you step out to the club later on that night.

Running Latte: You left for work with just enough time to make a pit stop for your morning coffee. But thanks to the slowpoke in front of you counting out dimes while talking the staff’s ear off, you’re running latte. Hopefully your boss won’t notice.

Pregret: You knew it was big mistake, but went ahead and did it anyway. People pregret lots things; that second helping of food you couldn’t resist, cheating on your significant other, recently buying a Toyota of any kind, the list goes on and on…

Nouveau Douche – A term for those who somehow increased their income considerably and can now afford a richer lifestyle. But now they’ve got money, they no longer need manners or class.

Unsult: An insult cleverly wrapped in compliment clothing. If done correctly, the person who was unsulted will probably thank you for your kind words quickly followed by: “Hey, wait a minute…” Unsulting a person is a rare skill that should be used sparingly. Keep unsults for people like mean teachers, and nosy neighbors.

Slang isn’t only in Canada or U.S. Here are a few pop culture colloquialisms being used in other corners of the world.

Pear Shaped [U.K.]: When carefully laid out plans turn into a disaster, it’s not uncommon to hear, “It’s all gone pear shaped.” Much like David Beckham’s career.

Blates [U.K.]: Short for blatantly, “blates” can be used for its original meaning or to replace any answer in the affirmative.

WAG [U.K.]: An acronym for Wives and Girlfriends, referring particularly to those of the England Football Squad. Victoria Beckham’s the one to thank for this phenomenon.

Mullered [U.K.]: If you’ve had too many, you’re drunk in many parts of the world, but in the U.K. you can also be mullered.

Yabai [Japan]: Yabai means “wicked,” as in something that is so cool it’s sinfully good, but can also mean “dangerous,” “oh oh” or “yikes” – like when you’re out walking with your girlfriend/boyfriend and suddenly bump into your crazy ex.

Kakkoii/Sugue[Japan]: Use either of these to describe anything that is just plain cool.

Bemio[Japan]: A word used when something is so mediocre that you don’t feel strongly either way about it. Basically, it’s the equivalent of “meh” in the U.S. Use it to describe Tom Cruise’s last five movies.

Nampa [Japan]: If you ever visit Japan, this word will definitely come in handy. Flirting is fun in any language. You might not know how to do it Japanese style, but at least you now know how to say it.

C’est frais! [France]: That’s fresh! Not as in bread or brazen advances, but like the girl in the Kool and the Gang song, or the Prince of Bel-Air. 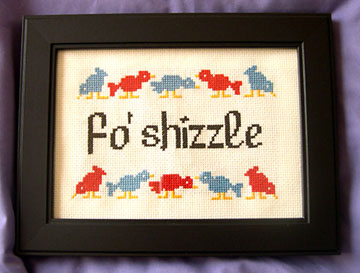 C’est de la lose [France]: On the opposite end of the cool scale in France, you have this expression which means something’s bad, stupid, or just plain sucks.

ça me fait kiffer [France]: The young ‘garçons’ and ‘filles’ of Paris have created this expression for a cool way of saying that something makes them happy or pleases them.

Ohhh Sopa! [Sweden]: In Abba-land, when you’re out with friends and you try to pull a smooth move but it ends in embarrassment, they may reward you with a resounding round of “Oooooooh Sopa!” Similar to saying “You’re garbage!” it’s the Swedish version of Fail.

So there you have it. Thirty expressions used daily by someone somewhere out there in the world. C’est frais, n’est pas?

What have we missed? Let us know in the comments section.

TV medical dramas are donating their supplies to hospitals

What we lose when food shows are celebrity focused