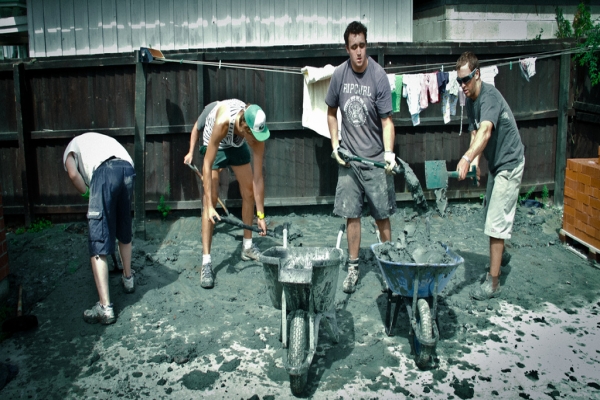 Above photo by Ben Spink. All others by author.

Sarah Reese describes what it’s like to pick up the pieces in her hometown after New Zealand’s devastating earthquake.

[Editor’s note: Matador is participating in this week’s #blog4NZ event, which is intended to raise travelers’ awareness about New Zealand.]

“Nobody can survive this.” That’s what ran through my head at 4:35am on 4th September 2010 as I crouched helplessly under my doorframe and our one hundred year-old villa violently rocked side to side. Furniture, books, and masonry flew across the room. Glass shattered in every direction. I screamed at the top of my lungs, but couldn’t hear my voice over the sounds of crashing and rumbling around me. For the first time in my life, I was terrified.

It seemed like eternity passed before the night sky transformed into a clear blue Spring morning in Christchurch, New Zealand. We had no power, no water, and the residents of this usually tranquil city had one hell of a mess to clean. Miraculously though, no one perished in this unexpected event. Unbelievable. 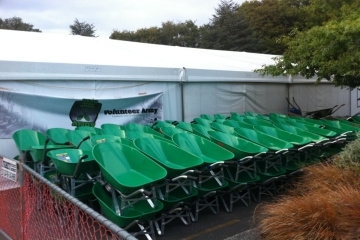 Mayor Bob Parker stepped out in front of the cameras to soothingly talk his citizens through the basic steps of survival. He thanked God this cruel act of nature hit in the early morning hours, when everyone was tucked up in their own beds in the comfort of their own homes. Imagine the potential destruction had everyone been up and about, perhaps unable to find protection.

No-one suspected this 7.1 magnitude earthquake in early September was more than a frightening and life-altering event for the people of Christchurch, but also some sort of sick dress rehearsal for what was to happen a mere six months later.

At 12:51pm on 22nd February 2011, after months of cleaning up and rebuilding from September’s quake, it happened again. Mother Nature dealt my beloved hometown another blow in the form of a 6.3 magnitude earthquake.

I watched the news in utter disbelief. On the screen, I saw Christchurch’s majestic heritage buildings reduced to pathetic piles of dusty rubble, and immediately feared countless loved ones must be crushed within the broken ribcages of the structures they once called their homes and offices.

I lay awake that night in a makeshift bed in our living room, riding out waves of relentless aftershocks, and drowning in a sea of unanswered questions.

Mayor Bob Parker once again dusted off his iconic orange and black windbreaker and stepped out to facing his mourning city. Search and rescue teams from around the world left their own families to search for others. I lay awake that night in a makeshift bed in our living room, riding out waves of relentless aftershocks, and drowning in a sea of unanswered questions. Where to from now? How do we get through this? How do we rebuild? Our city was reeling, and our ordinary Christchurch residents had suddenly been thrown into extraordinary positions of responsibility.

My good friend Sam Johnson was one of them. He saw the need to put an army of able-bodied people to constructive use. The idea was simple: the more helpers there were, the quicker it would be to clean up.

I found the young volunteers’ enthusiasm and resilience overwhelming, and was inspired by the refreshing sense of community spirit that had been restored to our hurting city. It was unbelievably uplifting to see the streets clear of rubble and liquefaction. People began getting back to their lives. 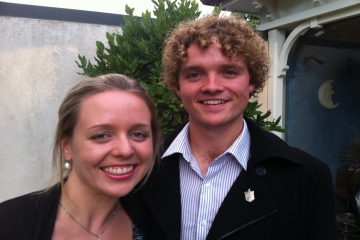 Sam wasn’t the only one using his skills to make a difference. Residents from the neighboring town of Rangiora set up a production line of choppers, graters, dicers, and cookers to make hot meals for thousands of displaced people in Christchurch. A local business set up a series of helicopters, flying the meals into the worst-hit suburbs. This filled my heart with a sense of hope and gratitude, and made me proud to be a Cantabrian.

Back home, my friends and family rallied, helping each other with boarding up broken floors and ceilings, removing heavy liquefaction from gardens, carting out endless bricks from the kitchen, boiling and distributing water, baking cakes for the neighbors. I quickly learned that in the face of tragedy, even the smallest acts of kindness like these become little acts of heroism. We need all these seemingly small things to move forward and pave the path towards our future.

Christopher Reeve, the actor famous for his role as Superman, defines a hero as being, “an ordinary individual who finds the strength to persevere and endure in spite of overwhelming circumstances.” Christopher Reeve was a hero. Bob Parker is a hero. Sam Johnson is a hero. The people of Christchurch are heroes. With the guidance and support of all our local heroes, we will get through this. I am optimistic for the future of our city.

Eventually our tears will dry, our scars will heal, and our broken bones will strengthen. It’s a long road ahead, but good things take time. In the next few years, a new city will arise, and it is well worth the wait.

Have you witnessed your hometown fall apart due to natural disaster? Share your stories.

Tagged
Narrative Christchurch, New Zealand
What did you think of this story?
Meh
Good
Awesome

Basic Facts About the Christchurch Earthquake

Top 10 Places To Study in New Zealand and Australia

May 20, 2008 Craig Martin
✖
travelstoke
Download the mobile app
stoked by