We’ve covered this “gonzo-fueled Stampede experience” before here on Matador. Highlights of the fest — which is 100 years old this year — include the Beach Boys, “Tails” (a new production following the lives of three horses), and the longest temporary zip line in Canada. Not to mention all the horses and cowboy hats.

BC Shellfish Festival
Comox, BC
June 16

Located at Comox Marina Park on Vancouver Island, this free festival for shellfish lovers includes a beer garden, cooking demos, a chowder challenge, and the BC Oyster Shucking Championship.

A festival for the quiet, literary type. Started in 1996, the Festival of Words is a book-based literary festival with a “zing” – storytellers, illustrators, book designers, journalists, editors, singer-songwriters, filmmakers, dramatists, and actors are all celebrated.

This year’s theme: “Random acts of queerness,” in celebration of the centenary of experimental (and queer) composer, writer, and artist John Cage. The Queer Arts Festival features a curated exhibit based on the annual theme, as well as performances and workshops.

This “professional extreme sport and music festival” is located on the riverbanks of the South Saskatchewan River. Sporting events include wakeboarding, free-style motor cross, skateboarding, and slider pool. Proceeds from the festival go to supporting local Saskatoon inner-city youth programs. 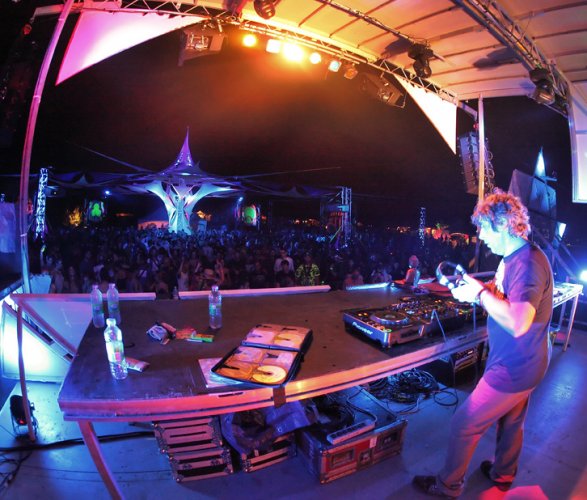 I’m attending four of the ten days of this festival, and choosing which four has been, if you’ll pardon my French, un casse-couilles. The line-up this year includes CéU, Norah Jones, Esperanza Spalding, Ron Carter, Wayne Shorter, Stanley Clarke, and a fairly epic Battle of the Bands – The Duke Ellington Orchestra vs. The Count Basie Orchestras.

It’s South by Southwest, only…well, you get it. Seven days, 650 bands, 40 films. Artists on the schedule for 2012 include The Flaming Lips, Raekwon & Ghostface Killah, Bad Religion, and Matthew Good.

Purportedly one of the world’s top ten garlic festivals (number five according to Reuter’s), bouquets of garlic are sold on the Perth Fairgrounds “the way cotton candy is sold at other festivals.” Events include cooking demos, tastings, garlic braiding, live music, and, hopefully, free mint handouts.

Reba, the Zac Brown Band, Ronnie Dunn, Aaron Pritchett, Bachman & Turner, and Kenny Shaw are just a few of the musicians featured at Canada’s longest running country music festival this year. Dauphin’s Countryfest also has activities like a Battle of the Bands, a talent contest, and the “Home Hardware Campground Contest.” 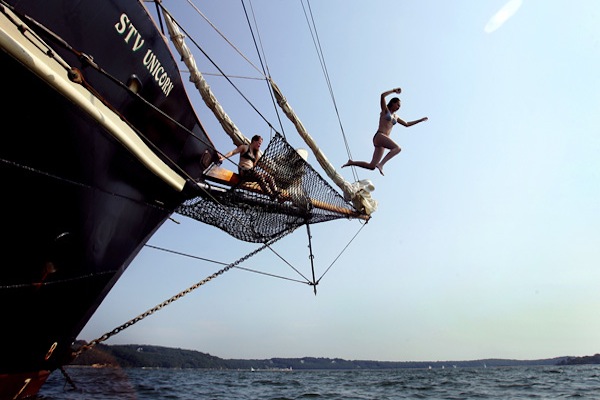 Apparently, St. Stephen is known as “Canada’s Chocolate Town,” which begs the question – how have I never visited? Every summer, their chocolate festival offers family-friendly events and contests to find the Chocolate Lover of the Year, a “Mad Hatter Chocolate Tea Party,” and tours of the town’s chocolate museum.

This festival is part of the 2012 Tall Ships Challenge, in which a fleet of ships is currently sailing from Savannah, Georgia, with stops in Greenport, New York and Newport, Rhode Island before finally docking in Halifax, all in commemoration of the bicentennial of the War of 1812. Onlookers will be able to board the ships and meet the crews, as well as enjoy local cuisine, wine, music, art, and film at the festival.

Nominated for “Event of the Year” by the Canadian Country Music Association in 2010, this music festival has both campground and hotel options and brings in over 60,000 spectators a year. This year’s headliners include Rascal Flatts, Alabama, Dierks Bentley, Aaron Pritchett, and Jessie Farrell.

This medieval / Renaissance fair is held at Willow Retreat, a 25-acre organic homestead on the Cabot Trail, with lots of space for camping. Activities include swordplay demonstrations, archery, live music, a pig roast, a costume contest, and a bardic competition. 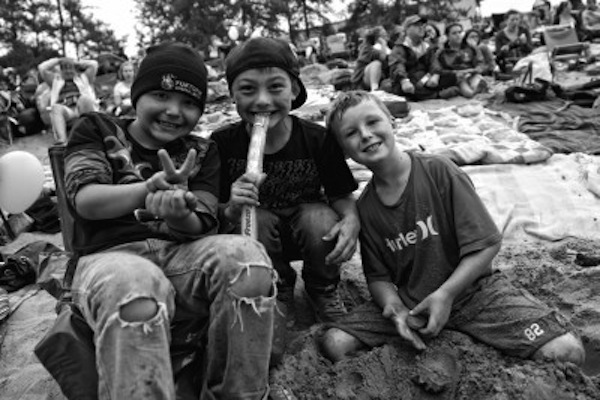 Photo courtesy of Folk on the Rocks

Voted the most popular festival in its territory by West Jet Canada in 2011, the Nunavut Arts Festival welcomes visitors from all over the world to share their work with local artists.

This festival got its start in 1980, and today is known as “the North’s biggest party under the midnight sun.” This year’s theme is “Spark Spur Inspire Stir,” and organizers claim guests will find plenty to “spark their creativity, spur them to action, inspire great works, and stir up the passions of the muse.”

RVs and campers are welcome at this festival, and guests are encouraged to bring their own instruments, as there will be “lots of opportunities to jam.” As part of their 10th anniversary celebration this summer, the festival will be featuring The Gibson Brothers, Blue Highway, Kenny and Amanda Smith, Frank Solivan and Dirty Kitchen, Travers Chandler and Avery County, Hard Ryde and Tom Terrell, and The Modern Grass Quartet.

This festival takes place in three venues and prides itself on offering music-lovers intimate settings in which to enjoy all genres of music, including rock, blues, country, world-beat, old-time, jazz, and even children’s music. This year’s schedule includes the Kunda African Dancers from Vancouver, Old Time Machine from Whitehorse, Pokey Lafarge & The South City Three from St. Louis, and Born Ruffians from Toronto.

Tagged
Events Insider Guides Canada
What did you think of this story?
Meh
Good
Awesome