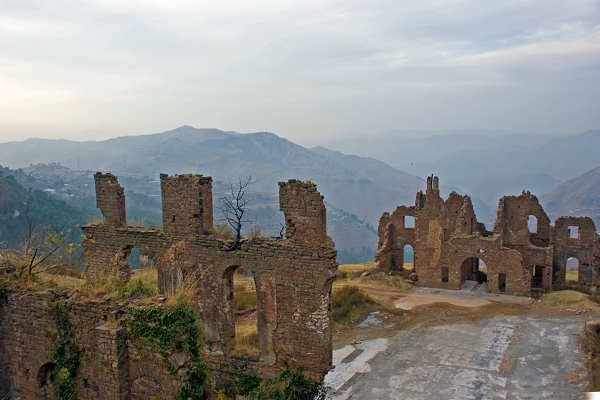 Ruins of Muree Brewery, damaged in a fire in the 1940s. It’s since moved and is still doing well; the brewery was established in 1860, and the company has its own line of beer, rum, gin, vodka, and whiskey, along with soft drinks. Photo: NotMicroButSoft (back in town)

I confess that after spending three years living in Pakistan, I can count the number of alcoholic drinks I actually consumed on one hand, but I certainly can’t quantify the number of times I was offered a drink in this officially ‘dry’ country.

Many locals assumed that as a white, foreign woman, I would want to take advantage of any legal or not so legal opportunities to drink, hence I learned all sorts of tips about where and how to buy alcohol in Pakistan.

I’m not sure exactly where this perception comes from, as Western expats and tourists are few in Lahore and drinking is not a public activity, but my hunch is that it’s based on widespread availability of Hollywood movies and the stories filtering into Pakistan that involve a friend of a friend who partied it up with white girls while studying abroad.

After its independence in 1947, Pakistani law was fairly liberal regarding liquor laws. Major cities had a culture of drinking, and alcohol was readily available until the mid-1970s when the Bhutto government introduced prohibition for Muslim citizens. Since then, Pakistan’s majority Muslim population has been unable to legally buy alcohol, and advertising for alcoholic beverages has been outlawed.

Muslims make up roughly 97% of Pakistan’s population, so it’s only the 3% minority (mostly made up of Christians) who are eligible to buy alcohol with a permit. A Pakistani alcohol permit limits the buyer to 100 bottles of beer or 5 bottles of liquor per month, although these limits are not strictly enforced. Non-Muslim foreigners are allowed to order alcohol in restaurants and hotels that have liquor licenses, and foreigners can also apply for alcohol permits (“Politics of Boozing”).

The Actual Situation with Alcohol in Pakistan

If you want alcohol in Pakistan, you will most likely be able to find a way to get it, although you’ll quickly see that drinking is done in private rather than in public. I’ve visited several homes with well-stocked liquor cabinets. I’ve been offered expensive, imported liquor on numerous occasions. I’ve been given the phone numbers of ‘trusted’ bootleggers just in case I may have the need for one. 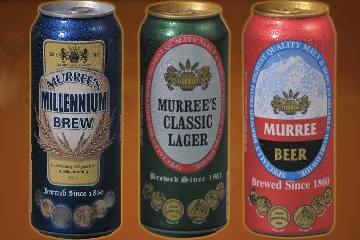 Once two friends and I were in a restaurant ordering Chinese food when a random patron came over, smiled and gave us two chilled bottles of Pakistan-brewed Murree beer without any explanation.

If I do drink, I generally prefer drinking a glass of wine with a meal, but that’s not really part of the drinking culture in Pakistan. Beer and liquor are much more common, although alcohol is expensive so this type of social drinking tends to be limited to the middle and upper classes.

Many conservative families do not drink at all, and often it’s only the men in the family who drink publicly. I’ve never seen anyone really drunk; the drunkenness tends to happen at private house parties.

Where to Buy Alcohol in Pakistan

Throughout the country, alcohol is legally served to non-Muslims at restaurants in five-star hotels, and those same hotels also usually have a small shop where beer and liquor are sold. The shops tend to be in the back of the hotels, operate only for a limited number of hours per day, and are closed on Fridays.

Technically you need a permit, which can be applied for at the office of Excise and Taxation in sector F8 Islamabad, but often foreigners can get away with buying without a permit. If you plan on being in Pakistan for longer than a few months and you want to be able buy drinks regularly, getting a permit is worth the bureaucratic hassle. 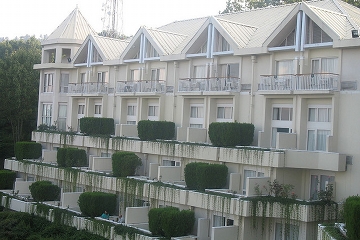 Booze is available at the Pearl Continental Bhurban.
Photo: Fantaz

Here’s where you can buy alcohol in Punjab and Islamabad:

In other provinces you can buy beer and liquor at top-end hotels as well as specialty shops.

Other ways to get alcohol include using the black market to buy domestic and imported products or resorting to buying local home-made brew from the large network of illegal ‘brewers.’ If you’re offered the phone number for a bootlegger, this usually refers to someone who will buy alcohol for you with his own permit and then deliver it to your home, not someone making beer in a tub.

These are prices if you buy it from an authorized dealer. If you get it delivered to your house by a ‘bootlegger’ then you’re likely to pay more for the convenience since he’ll need to pay for the petrol in his motorcycle.

A Word of Caution

Homemade alcohol in Pakistan has been the cause of many deaths and debilitating injuries such as blindness. It is often made with methyl alcohol and can be tainted with other chemicals. If you’re offered some of this Pakistani moonshine, I’d suggest declining even if it seems like an excellent way to bond with local villagers. Seriously, almost every time I picked up a local newspaper in Lahore I read reports of people dying or getting very ill from these sketchy alcoholic concoctions (“Alcohol Deaths Spotlight Pakistan’s Drinking Culture”).

Another thing to consider, five-star hotels may be more likely targets of attacks because they serve alcohol. The Marriott Islamabad was bombed in 2008.

Pakistani alcohol laws are more strictly enforced during the Muslim month of Ramadan. Everyone, even non-Muslims, are expected to refrain from eating and drinking anything in public sight during the day, and many Pakistanis who do drink alcohol may give up the habit for the one-month period.

If the secrecy of drinking in Pakistan gets to you, head over the Wagha border for a quick break in India. Right across from the Amritsar train station you’ll find the Hotel Grand and its bar and pub, a place where anyone can order a beer in public simply by asking for one.

For more insights on Pakistan, here’s What NOT To Do in Pakistan and 6 Ways to Experience Art and Culture in Lahore, Pakistan.

Tagged
Culture Guides Pakistan
What did you think of this story?
Meh
Good
Awesome

My cultural noise threshold is being violated

Life in a “failed state”