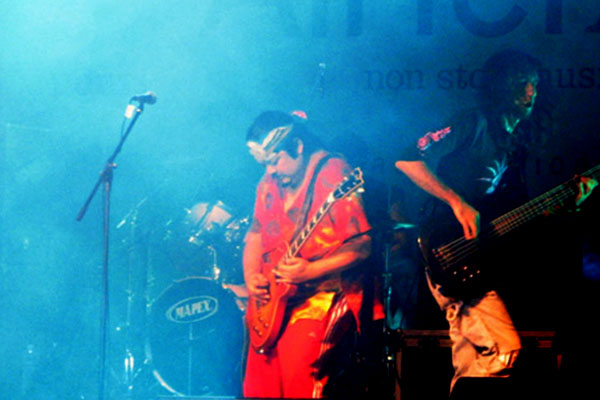 India is generally seen as the birthplace of revered classical music traditions such as Hindusthani and Carnatic music. What a lot of people don’t know about India is there there are plenty of rock and metal bands that play original music in English.

The Indian rock scene is on the rise. The enthusiasm that surrounds rock gigs in the Indian cities and the new magazines and the pubs (including the Hard Rock Café) coming up have more and more sponsors sitting up and taking notice.

What may surprise you even more is the sheer variety of cultures that just come together and explode, opening myriad avenues for experimentation and hybridization in the music scene. This is bound to happen, after all, with the country’s tradition of classical and folk music and their great exposure to the rock music legends of the West, Indian musicians have a diverse heritage to call their own.

This is a phenomenon that’s urban-centric. Most of the audiences are city people who visit concerts and live music venues to access these bands.

Even as the talent overwhelms local music fans, the original bands face many roadblocks on their way to recognition. The audience demand for familiar, played out, classic rock covers could easily crush a band’s original spirit. Couple this with a low market demand and you have a recipe for weekends of unenthusiastic renditions of warmed over Led Zeppelin and Iron Maiden.

Thankfully, the World Wide Web has been a great resource in the dissemination of Indian Rock, and bands are able to reach wider audiences through websites and MySpace.

There are many amazing, original bands that have had to struggle and keep a balance between playing covers and originals for years before becoming as big as they are now: bands such as Them Clones, MotherJane, The Superfuzz, Thermal and a Quarter, Pentagram, Orange Street, Zero and especially Parikrama.

Then there are those that fuse Indian languages and rock music so well: Euphoria, Indian Ocean and Silk Route, replete with an audience that truly appreciates these original artists. 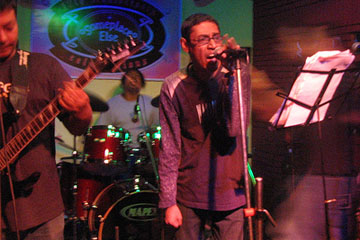 It’s becoming clear that many fans are getting sick of the incessant recycling of cover songs and waking up to the amazing work being done by a handful of original bands. Some of the best original upcoming and established bands include Cassini’s Division, Pin Drop Violence andDemonic Resurrection

Another personal favorite is the Khadki Junction Blues, who unfortunately aren’t together anymore, but have some brilliant work.

Khadki Junction Blues show their sense of humor through the blues

With the support of magazines such as the Rock Street Journal and more recently, Rolling Stone India, more and more of these bands are coming into the limelight.

Although underground is nowhere near being mainstream, it is heartening to see the kind of support the Indian audience is capable of providing. This support is more than evident at rock fests happening in the major cities. Great Indian Rock , Independence Rock, Campus Rock Idols and the June Rock Out are a few of the best known. These festivals see a lot of talented bands doing their stuff live for ever increasing crowds of enthusiastic young Indian rockers and metal-heads.

There is much to be said about the contemporary Indian rock and metal scene; providing a comprehensive overview in one place is difficult, and I can only call this an introduction.

This is a jumping off point for you to discover a whole new world of alternative, crazy, supremely enjoyable rock and metal music where you might not have been looking for it until now.

It looks like all the years of perseverance might just pay off…take heart, all you original Indian artists and rock enthusiasts, there is hope yet.

Interested in more metal around the world? Check out the worldwide black metal scene.

‘Dune’ and 5 more epic movies filmed in Jordan’s Wadi Rum desert
Why does ‘yellow filter’ keep popping up in American movies?
The 50 greatest campfire songs of all time
This visualization shows the world’s tallest buildings over the past 100 years
This map shows the most popular film in every country