View all travel news
Top Destinations
Top CitiesView All Destinations
Trending Regions
Trending Cities
Load More
In the first of a new series on what people are listening to worldwide, here is Chile. The music scene there is raw, creative, and ready to burst. The only thing holding it back is the country’s lack of a formal music industry.

For years, Chileans generally ignored the spicier music of their past in favor of imported American and British hits. Fortunately, JuanaFe has no reservations about reviving Latin cumbia and ska, and thanks to them, neither does the public. 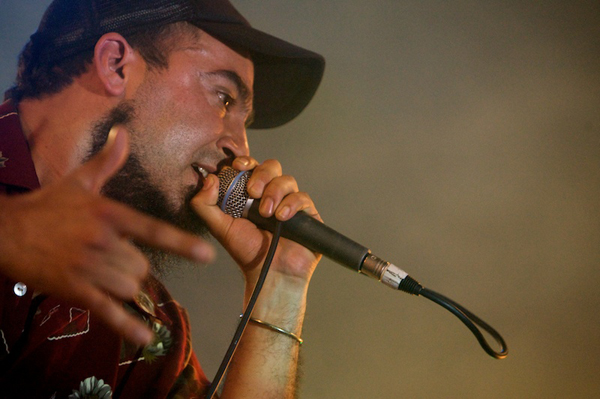 Combining traditional Latin American music with the attitude and lilt of a Santiago street vendor, JuanaFe’s addictive melodies, foot-tapping rhythms and Chile-centric lyrics go down easy like a piscola (pisco and Coca Cola) on a sunny afternoon. 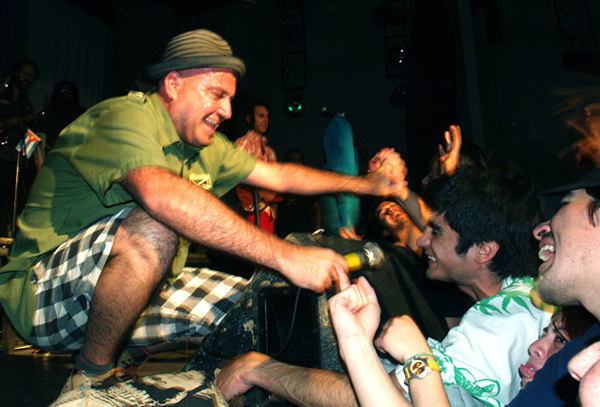 Fresh off the release of their second studio album, Plato Unico Bailable, Chico Trujillo has become the most beloved band for those looking to party until mid-morning.

With music based on Colombian cumbia and empowered with a modern Chilean rock aesthetic, Chico takes traditional rhythms, doubles (or even triples) the tempo, and feeds off the dance-crazed fans that crowd the stage.

“The kids no longer greet each other with an ‘hola’–they do it with one hand in their boxers and the other on the handle of their pistol.”

Like many of the best rap artists, pride for his rough native neighborhood fuels many of Salvaje Decibel’s best tracks, like “Casas Bajas,” which unfolds in rapid fire Chilean Spanish, backed by a perfectly stuttering beat.

Politically charged lyrics, poetic timing, and melodious timbre give Salvaje Decibel a sound that retains a musical sensibility despite its hard edge, making it equally good for a cruise through Santiago’s streets or a protest.

Almost every strike or protest in Chile finds the people pumping their fists in the air while singing Inti-Illimani’s anthem of the people: “El Pueblo Unido Jamas Será Vencido” (“The people united will never be defeated”).

As Chile was just experiencing an artistic blossoming, Pinochet’s dictatorship in 1973 drove many leftist leaning musical groups such as Inti-Illimani into exile.

Today, Inti-Illimani has returned to its place in the spotlight of the Chilean folk scene, with songs that bring to mind the swaying harmonies of sea chanties yet with a brightness added by wood flutes and traditional instruments.

Banda Conmoción is so huge it can barely fit its 19 members into the bars and clubs where they play. Naturally, its sound is just as big. 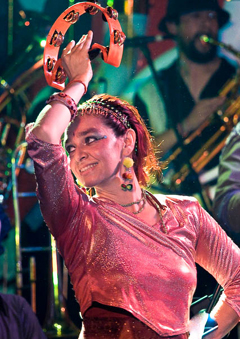 Songs to check out: Presentación, Pregonero

Los Bunkers’ beginnings as a ’60s cover band can be easily spotted in their knack for punchy guitar licks, tight fuzzed-out solos, and pretty melodies. However, in nearly 10 years as a band they’ve made the music their own while still riding at the forefront of Chile’s alternative scene.

With retro-pop and catchy-as-hell tunes, one can be forgiven for singing them days after listening.

Songs to check out: Ven Aquí, Me Muelen los Palos

Lucybell more or less invented alternative music in Chile. Just as the ’80s music scene was giving way, they stepped in with their then-signature, soon-to-be-known-as-emo songs.

However, Lucybell has managed to ride the waves of musical currents. Today, their sound, a stripped-down rock layered with Claudio Valenzuela’s deep vibrato, brings to mind acts like the Arctic Monkeys and Franz Ferdinand.

Songs to check out: Mataz, Sur

With just a beat-up guitar and her voice, Camila Moreno fills a room with contemplative lyrics that echo off the walls over intricate guitar picking and carry the listener to peaks of sadness, pain and joy. 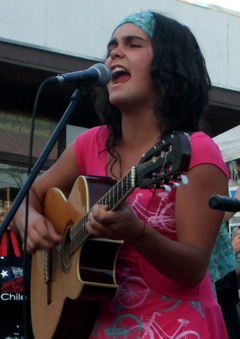 Though she has yet to release a full album and has just one single (“Antes Que”), Camila Moreno is at the forefront of the Nueva Nueva Canción Chilena (New, New Chilean Song) movement, which takes up where classic Chilean folk icons Victor Jara and Violeta Parra left off.

Los Tres was the first Chilean group to perform for MTV Unplugged, and after hearing them once it’s easy to see why.

Their songs are musically complex, perhaps due to the members’ backgrounds — most studied music and the bass player has played with the Concepción Symphony for years. And with lead guitarist Angel Parra, a member of one of the most prolific musical families in Chile, the level of fame they’ve attained comes as no surprise.

Formed in the late ’80s, Los Tres has been one of Chile’s few international success stories. Combining rock and jazz with Chilean folkloric influences, the foursome has carved a niche both in Chile and beyond.

The group’s spastic, heavy funk has elements of just about every musical genre, making its name–a reference to an ingredient-diverse Chilean salsa–fitting indeed.

Known for a sense of humor (the guitarist sometimes performs songs for a popular children’s show) and an almost manic energy level, the members of Chancho en Piedra might indeed be crazy–and it’s the kind of insanity that infects their fans show after show.

Songs to check out: Condor, Guachperry

For music that will have you traveling vicariously, check out the 10 Most Influential Musicians for Travelers over the Past Decade.

Tagged
Music + Nightlife Chile
What did you think of this story?
Meh
Good
Awesome