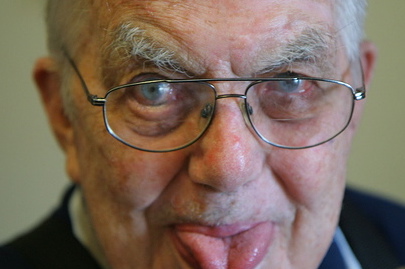 Photo babymellowdee
Does the old saying ‘do it while you’re young’ hold true? At the Cambodian border an elderly Parisian suggests otherwise.

In the Cambodian border town of Poipet, Bridget and I share a cab ride with an excitable and elderly Frenchmen named Pierre. Triumphantly old and traveling the world alone, he is strenuously hard of hearing and very happy to be in Cambodia. Climbing into the car he looks like a Parisian Mr. Magoo; squinting, holding his camera askew and always stepping accidentally over danger, not into it.

We zoom in a punished old sedan, jumbling about bumping heads on the dirt highway while Pierre shoots photos and shouts, “Extraordinary!”

Pierre, Bridget and myself were all told by the same smiling Cambodian that the bus had broken down. We opted to pay five dollars each for a ride to Siem Reap. Pierre’s camera clicks indiscriminately as the puddles and paddies go by.

“This is really something, huh? Cracker Jack! The quality of light is perfect. Extraordinary!”

I don’t think any of his pictures are going to turn out. 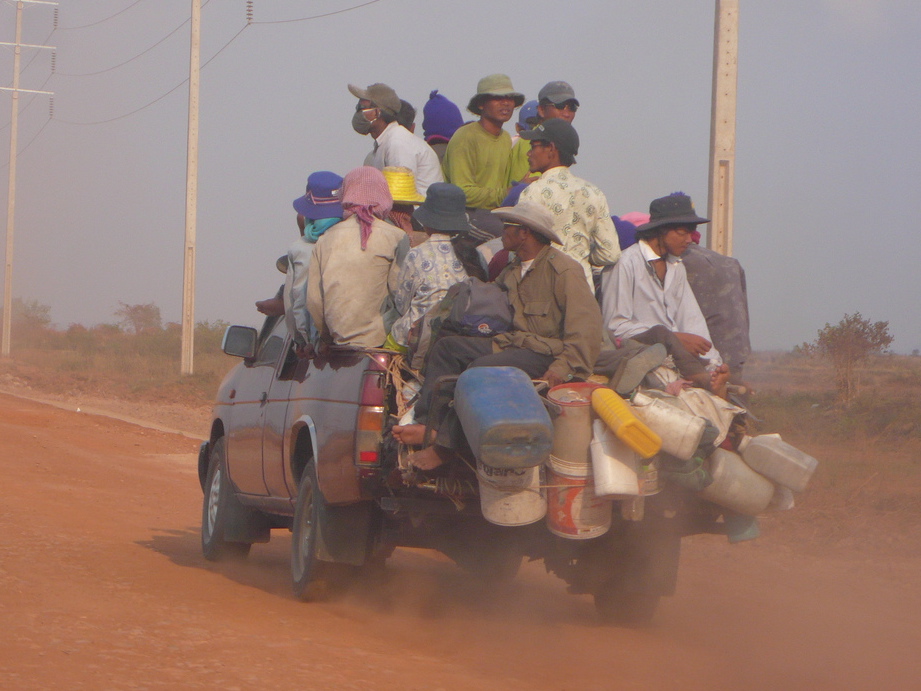 On our second day of mountain biking around the temples of Angkor we were stopped on the bike path when Pierre shouts from behind,

“Jason, Bernice! I made it! Isn’t this the something, huh? Extraordinary!”

His knees and the rusty rental bike creak towards us.

“I saw you yesterday but you were a blur Jimmy, to be young again…oh well. Isn’t this extraordinary?”

I couldn’t help but think that Pierre in his shambling persistence to see it all was putting that apocryphal adage ‘Do it while you’re young’ on its head. Might he have something sage-like to impart on the topic?

“Hey Pierre, what would you say to those who tell me to ‘Do it while I’m Young?'”

“I said, um, in regards to travel, what do you think of the statement ‘Do it while you are Young’?”

“People are always telling you to do it while you are young. What do you think?”

“Oh, well, I don’t know Jesse, I don’t think so. You go on ahead though, I should head back. I move pretty slowly you know.”

His face mustering the balance needed mount his bike is all the answer I’m gonna get.

Is boots-to-the-ground travel for the young or the young at heart? Let us know in the comments below.

39 of the most breathtaking natural wonders in the world
Support women artisans in Mumbai on these incredible eco-fashion walking tours
The world’s 5 most beautiful alphabets you’ll never learn to read
7 spectacular national parks to visit this fall
Before you head outdoors, be sure you’re respecting sacred grounds