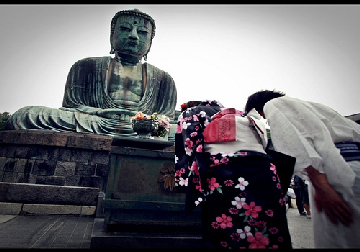 Turner Wright recounts the moment when he first became a real traveler.

We wandered into Rad Brothers. The bar was dimly-lit and packed with inebriated foreign men and Japanese women. This was during the Sapporo Snow Festival. Everyone looked as though they’d just finished a massive snowball fight.

Taka-san ushered us over to seats by the window. Outside were sparkling ice sculptures. I ordered my standard tequila and Coke while Taka drank a Sapporo. All around the room were red-faced foreigners coming off another week of teaching English. Now they attempted to wow Japanese girls looking for an “international liaison.”

Like so many who choose to spend a year in Japan teaching English, I had fallen into the “gaijin circles,” expats who cling to other English speakers, spending most of the time joking about funny Engrish signs, the lack of good Mexican food, samurai, geisha, sushi, and Karate Kid all wrapped into one. I wasn’t a traveler, but an American living in Japan.

I’d landed in Osaka nine months earlier. Now I decided to end my Hokkaido trip with an evening stroll amongst the ice sculptures in the entertainment district, possibly to sing a few songs in one of the ice karaoke booths. Then I got the light tap on the shoulder and “Hey! Hey! Hey!”

Any other time an encounter like this had happened I was somewhat skeptical; it was usually a random Japanese emerging from a bar who felt like practicing his high school English.

That wasn’t the case this time. A middle-aged man met my gaze, along with a teenage kid who averted his eyes, looking from sculpture to sculpture. 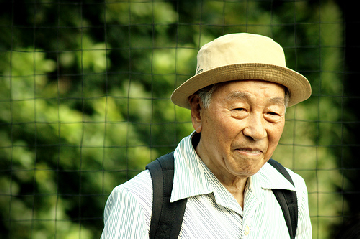 Taka-san, as he liked to be called, was very friendly and easygoing, willing to speak Japanese to me in simple words so I could understand and respond confidently.

His son was a little shy, or maybe he just felt nervous about speaking English and being around a stranger for the evening.

When we were all a little warmer from the alcohol, I reviewed the days of the week in English and Japanese with Taka’s son, and I learned a new cultural expression:

“You want to understand Japan?” Taka said, suddenly turning his head away from the path and looking at me with frosted eyebrows:

I couldn’t understand the Japanese, and he didn’t have the right English words, but I later found out majime means sincerity, or seriousness. Respecting someone with a bow shows majime. An apology shows majime. The cultural aspects I was describing to him about why I chose Japan (e.g. the kindess of the Japanese people) show majime.

But his next sentence still threw me: “You stay at my house tonight.”

I was still disoriented; we had only been talking for an hour, and this man invited me into his home? With his family? I had not yet been a guest in a Japanese house, but I knew I couldn’t accept his offer: I didn’t want to inconvenience him, and I knew I’d have to leave there pretty early in the morning anyway – I was flying out the next day.

Luckily he didn’t seem too offended, and understood that I already had a hotel room for the night. He gave me his business card – common to exchange when you meet someone – and took his son home in a taxi, encouraging me to contact him if I was ever in Sapporo again.

It seemed unremarkable at the time, but now, I attribute this moment to losing my travel virginity. A sudden awareness of a different way of life.

I talked to a random Japanese person for an hour, and he invited me to enter his home, his life.

It seemed unremarkable at the time, but now, I attribute this moment to losing my travel virginity. A sudden awareness of a different way of life. My mind opened in a new way: if a person in Japan could be so kind for such a simple thing, how would those in other cultures behave?

It started small: researching off-the-beaten-path places near my home base, which took me to Shikoku, small islands in Hiroshima Bay, and quaint towns in Kyushu. When I found a different job available in beautiful Kagoshima, I accepted without hesitation.

Where my mind had previously been occupied with finding employment back in the US once my contract with the English school expired, now there was a hunger to know. To know why the Japanese did things this way or that. To consider why Americans act the way they do. To think… am I an American for these reasons? Have I “turned Japanese”? And if I’m not an American… if I’m not Japanese enough…then where do I belong?

It took me some time to find out. Couchsurfing was already in my vocabulary by the time I made the decision to Amami Oshima, one of the larger southern islands of Japan. Matador was my first destination online before I chose to leave Japan. Taking a two-day ferry, I journeyed to Shanghai, Beijing, and Hong Kong before arriving in Thai Mueang, Thailand.

Unlike in Japan, where I usually stayed in capsule hotels for practicality, I grew into the habit of searching for decent Couchsurfing hosts; instead of buying an air conditioned bus ticket far in advance, I started hitchhiking when I couldn’t even speak Thai.

But most importantly, I came to realize it didn’t matter how I got there, what I did along the way, even what I saw when I arrived: it’s all about perspective, and my mind was open in a way it had never been before.

Can you pinpoint a certain moment in time where you felt like you became a traveler for the first time? Let us know in the comments, or check out our submissions call for stories of losing your travel virginity.