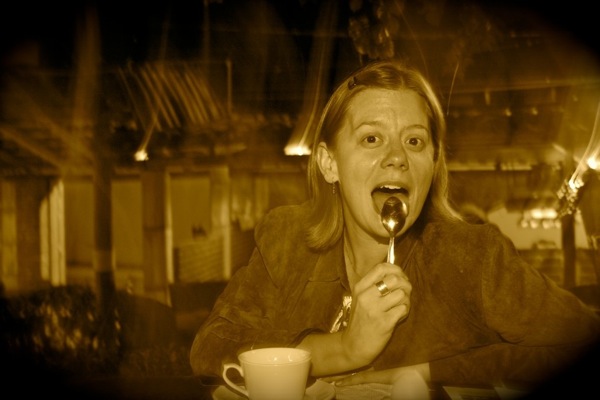 We’ve featured Layne Mosler before on Matador. But if you’re not keeping up with her blog, you should add it to your reader. Now.

The Matador editorial tribe is a diverse group of folks, but if there’s one thing we share (besides our love of travel), it’s a love of food. Whether we’re sampling mole in Oaxaca, indulging in Korean tteok in Mexico City, or subjecting ourselves to a tour of the world’s worst pizzas, followed by a full day of binge eating in Berlin, we’re as alert for our next meal as we are for the next adventure.

That’s why we love to hear about other travelers’ favorite food moments.

Matador member Layne Mosler has lots of them… so many, in fact, that she documents them in close detail on her blog, Taxi Gourmet.

Mosler’s mode of travel revolves around food: wherever she goes, she hops into a taxi, asks the driver to take her to his or her favorite restaurant, and then narrates the ride, the meal, and the cultural/political/historical context of the whole experience on Taxi Gourmet.

More than a “Look at what I ate today!” post, Mosler’s writing offers a thoughtful, often funny and often poignant look at cab drivers’ lives. Her writing is so good, in fact, that she’s been featured in The Economist, The Guardian, and The Washington Post, among other international magazines and newspapers.

For the past three years, Mosler’s posts have mapped the culinary landscape of Buenos Aires, but in June of this year, Mosler returned to the US to settle down in New York… and become a cab driver herself.

You can follow her quest to secure a coveted taxi driver’s license–and her ongoing adventures at the table–at Taxi Gourmet. Taxi Gourmet also features loads of useful information for food lovers on the move, including a list of her favorite food blogs, as well as links to cabbie resources in the US and elsewhere.

Headed to Asia? Check out our 5 favorite Asian food blogs before you go.
What are your favorite food and travel blogs? Share links in the comments below.

What did you think of this article?
Meh
Good
Awesome
Bookmark
Posted In
Food + Drink Restaurants + Bars Miscellaneous