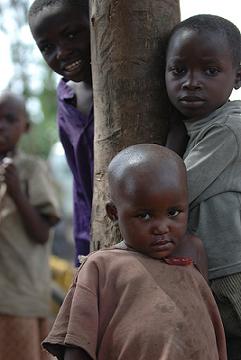 Big news out of Central Africa today, where a messy, many-sided, on-again-off-again war has been bubbling along for the better part of two decades.

Laurent Nkunda, the leader of a rebel faction in the Democratic Republic of Congo (DRC), has been arrested in Rwanda.

Nkunda is a one-time ally of the Rwandan government whose predominantly Tutsi forces have been tussling with Hutu militias in Eastern Congo since the latter fled Rwanda in the aftermath of the 1994 genocide.

He was initially approached by a joint Congolese-Rwandan force on the Congo side, but was only arrested after fleeing across the border.

It’s an interesting power shift: the Tutsi-led Rwandan government, whose forces have entered Congo hunting the Hutu militias several times since the end of the genocide, had been a longtime supporter of Nkunda.

Now, it appears they’re more willing to work with the official authorities in the DRC — and they’re not the only ones.

From the AP story:

Earlier this month, Mr. Nkunda suffered a major blow when his ex-chief of staff, Bosco Ntaganda, formed a splinter movement and last week announced his forces would work together with Congo’s army to fight the Hutu militias and eventually integrate into the army.

The rebel group’s splintering may have been the key to the new cooperation between DRC and Rwandan authorities:

Rwanda has been under international pressure for months to use its influence over Tutsi rebels to end the conflict and the breakthrough agreement may have been borne out of the split within Mr. Nkunda’s movement that both Congo and Rwanda were quick to exploit.

So now, with the DRC government, the Rwandans and some of the rebels all (temporarily, at least) working together, will we finally see some progress in the seemingly-intractable problem of the Hutu militias in Eastern Congo?

Well, hopefully this will at least mean a reduction in the level of fighting in the area, and some relief for its citizens. But as far as the militias go, I wouldn’t hold my breath.

Many of the key figures behind the Rwandan genocide remain leading figures in the militias. And when you have nothing waiting for you besides a high-profile trial for genocide and crimes against humanity, there’s not much reason to lay down your arms.