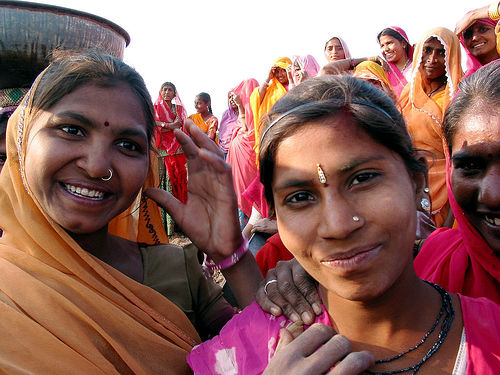 Lately it seems everywhere you look — in print or online — you’ll find someone sermonizing about the death of print and the inexorable, irresistible rise of the internets.

The funny thing is, a lot of these articles seem to view the two sides as completely distinct, when the reality is a lot of hard-bitten, old school news reporters are embracing new technology to help them do their jobs.

For instance, in the last week Twitter has helped me re-connect with some of my favorite Canadian foreign correspondents, who I’d largely lost track of when I stopped keeping a Canadian residence (and the newspaper subscription that came with it).

Here they are; if you’re interested in global news, they’re all worth keeping an eye on:

Mark MacKinnon is the Globe and Mail’s current Beijing chief, former Moscow bureau chief, and former Middle East correspondent. He’s as “serious news reporter” as you get — having won national newspaper awards and filed stories from war zones in Afghanistan, Iraq, Chechnya, and Lebanon — and yet, here he is on Twitter, writing St. Paddy’s Day haikus and talking hockey.

His blog, Points East, complements his more formal dispatches from across East Asia.

I know, I know — I never shut up about Stephanie Nolen.

But in her five years as the Globe and Mail’s Africa correspondent, she was a must-read from the continent. Now, as the Globe’s new Delhi-based South Asia correspondent, she’s filing in-depth stories from the world’s rising superpower. Here’s her latest, explaining the cultural nuances behind the seemingly intractable problem of infant malnutrition.

She twitters @snolen. And she’s keeping a blog, too: check out Subcontinental.

Okay, so my bias is showing — but yes, Saunders is yet another G&M trooper, the European bureau chief. Apart from being a bright and thoughtful political columnist, he’s also a foodie and culture-watcher — and I’ve blogged about his travel essays more than once, too.

Here’s his latest dispatch, on Britain’s curry crisis, and here he is on Twitter, too.

Who are your favorite reporters worldwide? And where can we find them online?