Although we tend to think of France and Italy as the world leaders in the fancy bread department, a world of carb-laden goodness exists beyond those countries. Whether it’s finding a beautifully prepared sweet loaf in Portugal or chomping on a traditional egg-and-cheese bread in Georgia, there are many gorgeous-looking bread varieties to try, all over the world. Get started by munching your way through the 11 fanciest looking breads below. Just don’t blame us with the inevitable waistline expansion that follows. 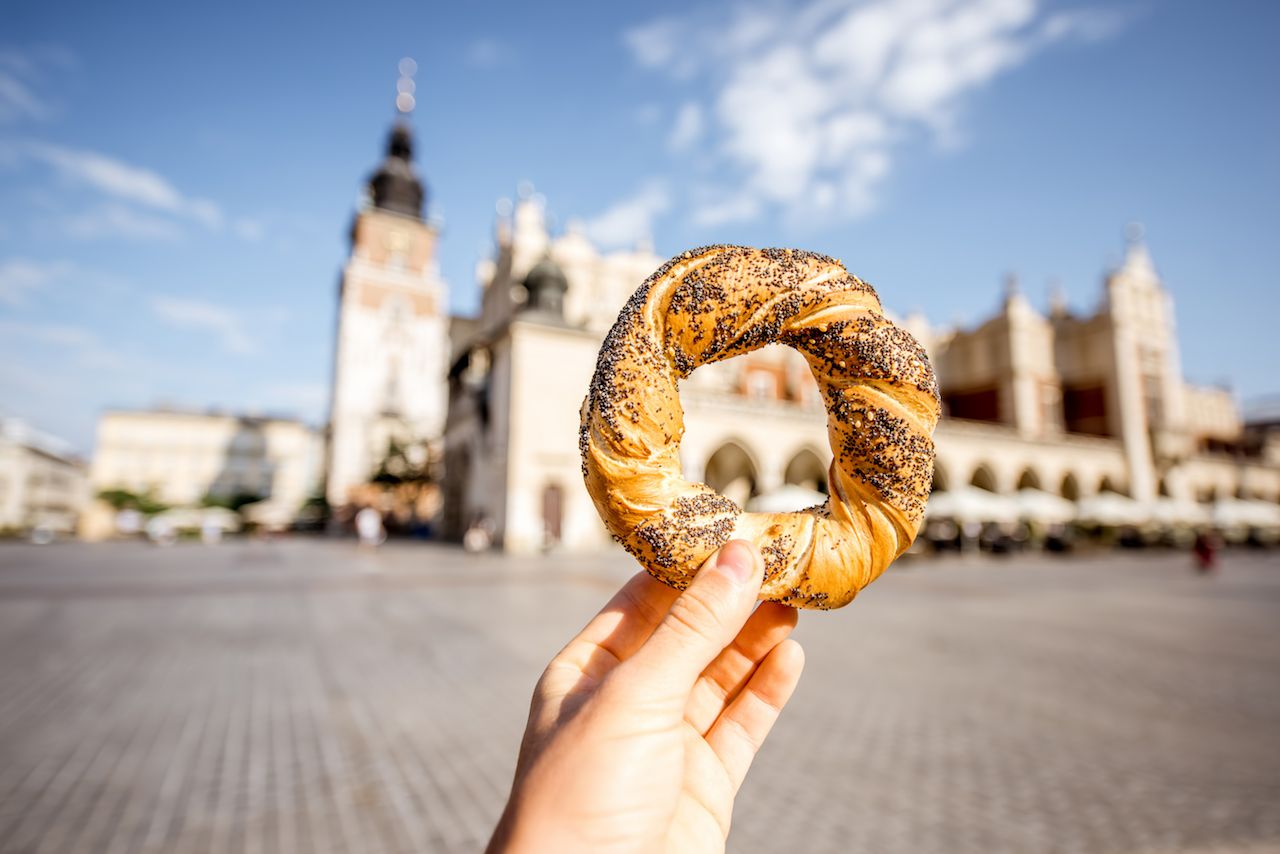 Similar to a bagel, the obwarzanek krakowski is a chewy dough ring, traditionally topped with salt, poppy seeds, or sesame seeds. These days, you can find all sorts of different varieties for just 1.50zł (0.4 USD) — but make sure it’s fresh. This predecessor to the popular Jewish bread only has a shelf life of around three hours — making the pigeons of Krakow the happiest in the world when it’s time to shut up shop for the day. 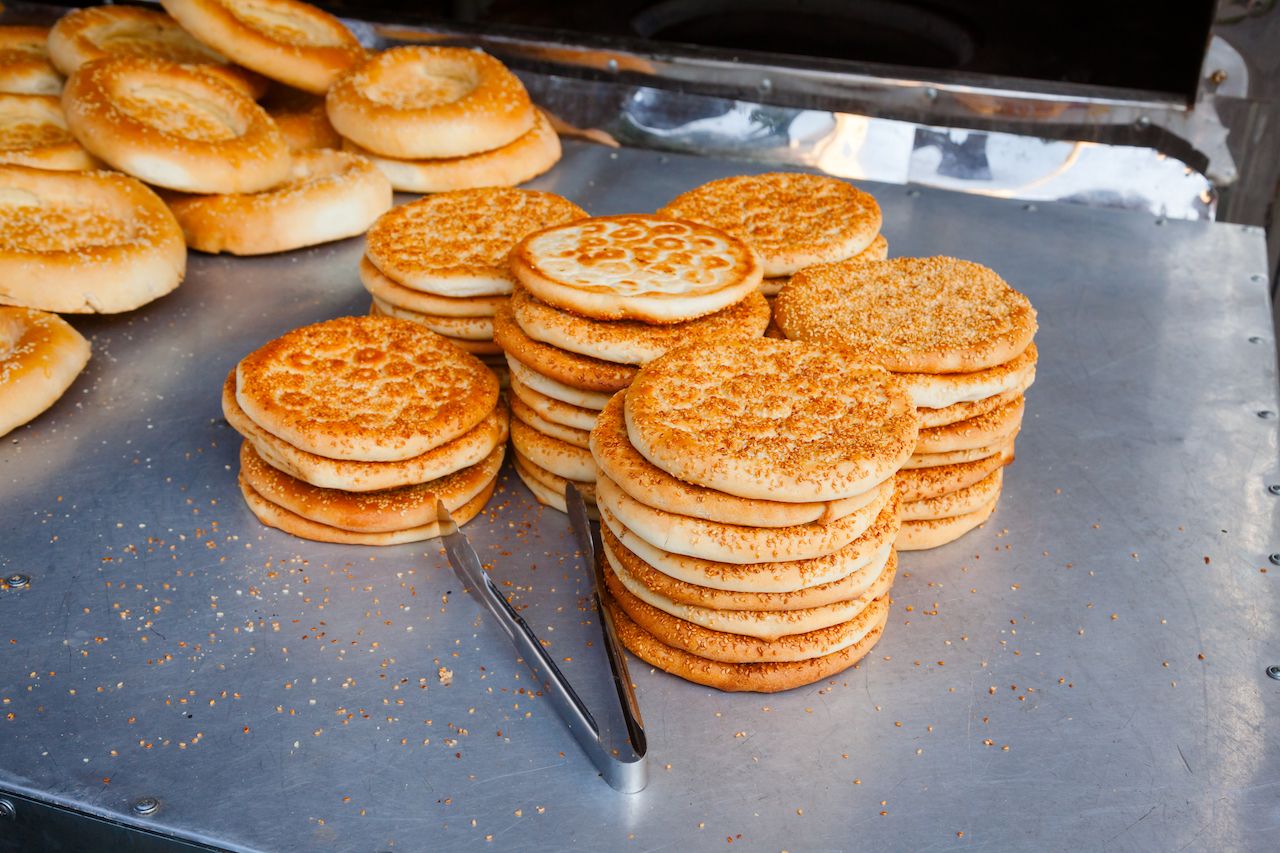 Uyghur bread, decoratively stamped, is a slightly oiled bread that’s usually topped with spices or onion and is sold by street vendors in Xinjiang, China. The Chinese refer to it as ‘foreign bread’, and it was likely brought to the region in the time of the Silk Road. This cheaply-produced staple is a source of energy for millions throughout Central Asia, and you can buy your own decorative stamp if you want to try to make these cool-looking flatbreads at home. 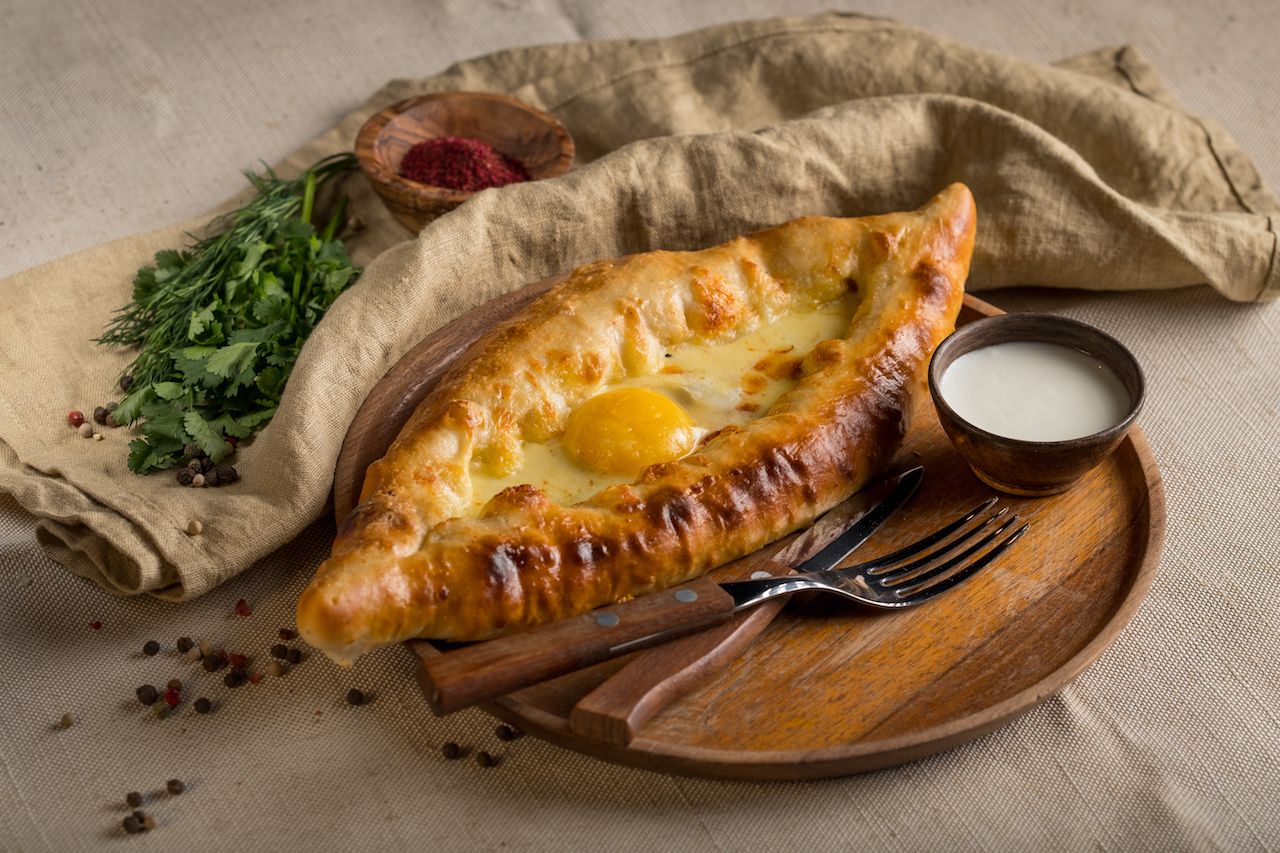 Accurately described as a bread-and-dairy bomb, the Georgian answer to pizza was invented to utilise the resources abundant in the region — which, until the 16th century, didn’t include tomatoes. A bread boat is formed and stuffed with an egg and salty sulguni cheese. You won’t have to go far to find one in Georgia — nearly every restaurant or street corner sells a variation of khachapuri. 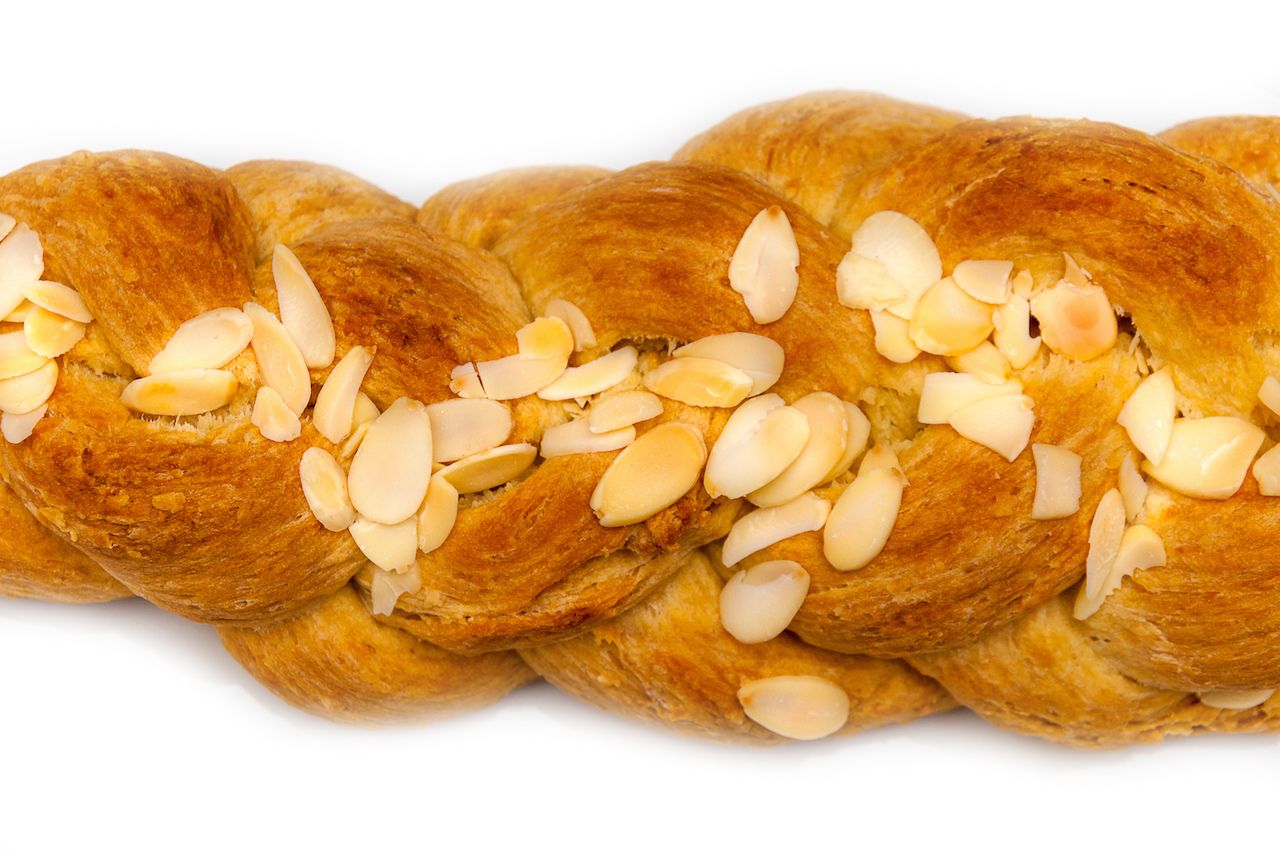 This braided-bread is a yuletide treat from the Czech Republic and Slovakia. First baked in the 16th century, it wasn’t until the 18th century that it allowed to be cooked at home; prior to that, it remained the responsibility of skilled craftsmen only. There are many different variations of the bread, nearly all including almonds, with dried apricots and raisins which are soaked overnight in brandy or rum. While traditionally only sold at Christmas, you can enjoy this rich, buttery treat year-round these days. 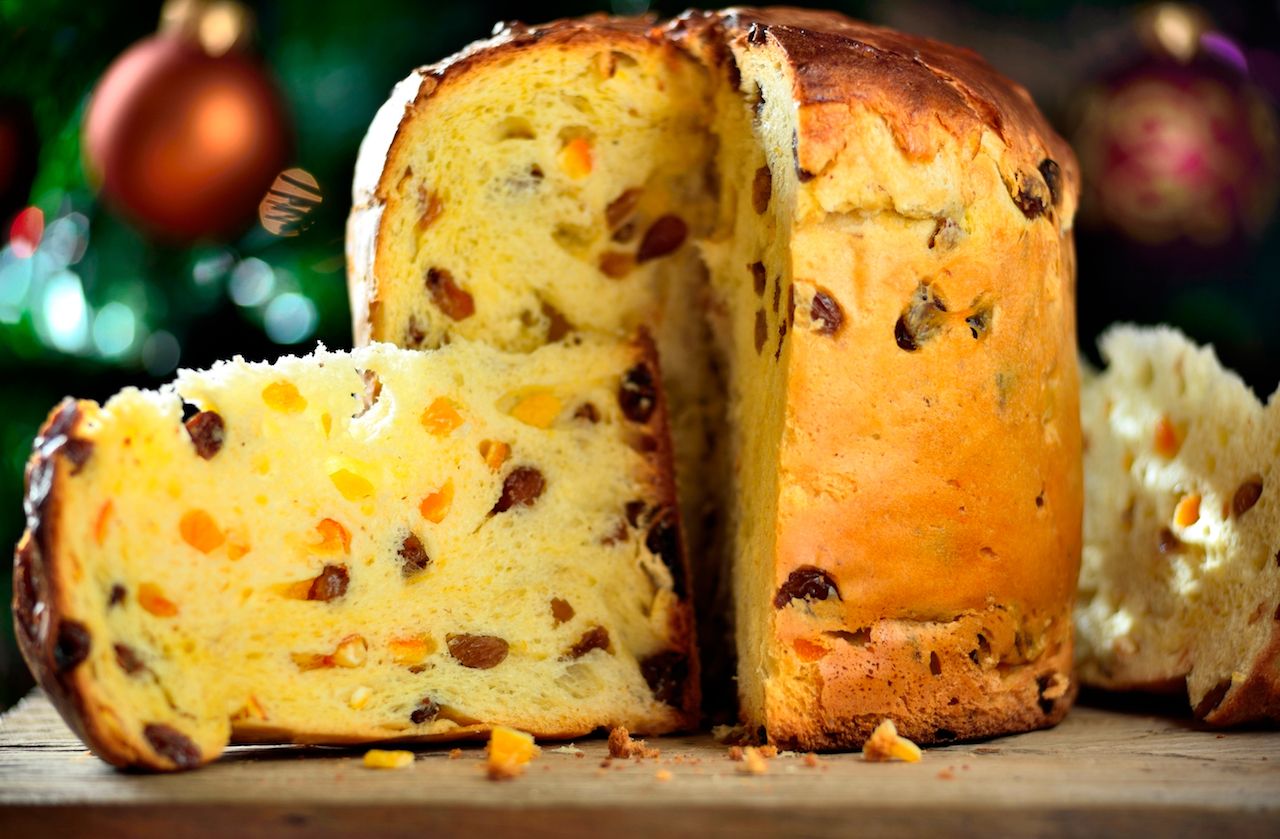 Panettone, similar to vánočka, is a sweet bread traditionally baked at Christmas and New Year. It has a unique round cupola shape and is often presented in bright, square boxes as a gift. These suckers can be heavy, too — it isn’t unusual to see panettone of several kilograms, laced with candied orange, citron/lemon zest, and raisins. The bread was popularised by some enterprising bakers in the early 20th century and can be found throughout the world today during the holiday season. 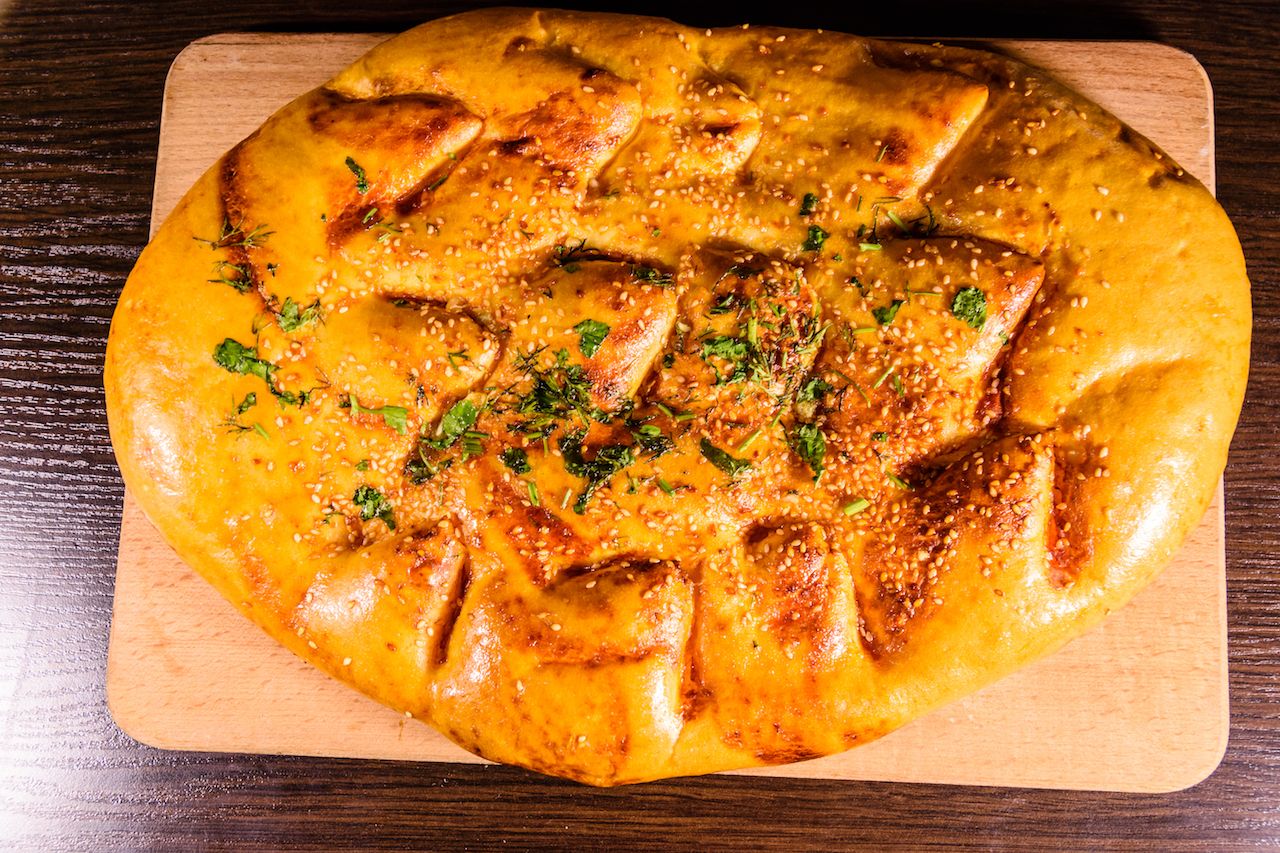 This golden crisscrossed loaf will be plonked on your table at every restaurant in Baku, and you won’t be able to resist it. Baked in a clay oven (aptly called a Tandir), this crispy bread is golden and fluffy on the inside, and crispy on the outside. Walking around Icheri Sheher, the old town of Baku, you can follow your nose to find some of the best bread you will ever eat. If you want to enjoy it the traditional Azeri way, accompany it with white cheese and sour cream mixed with honey. 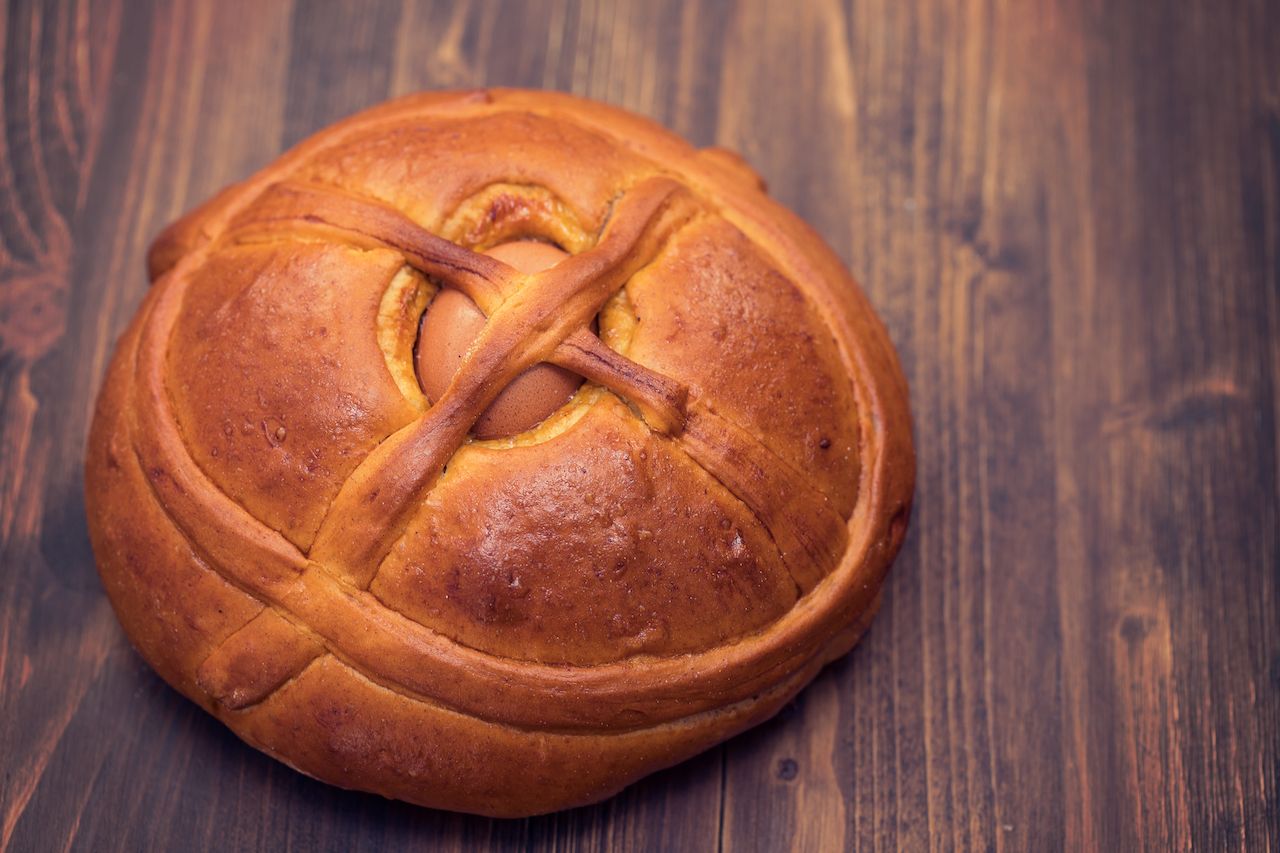 While this bread comes in all shapes and sizes, it’s the shiny, round version of this sweet egg bread that belongs on our ‘fanciest bread’ list. Another holiday-season treat, this light bread is usually baked and enjoyed at Christmas or Easter (with the Easter version often enjoying the rather unusual addition of a hard-boiled egg). Traditionally baked in a stone oven, it is flavoured with lemon peel, raisins, or whiskey. It also, apparently, creates the most divine french toast. 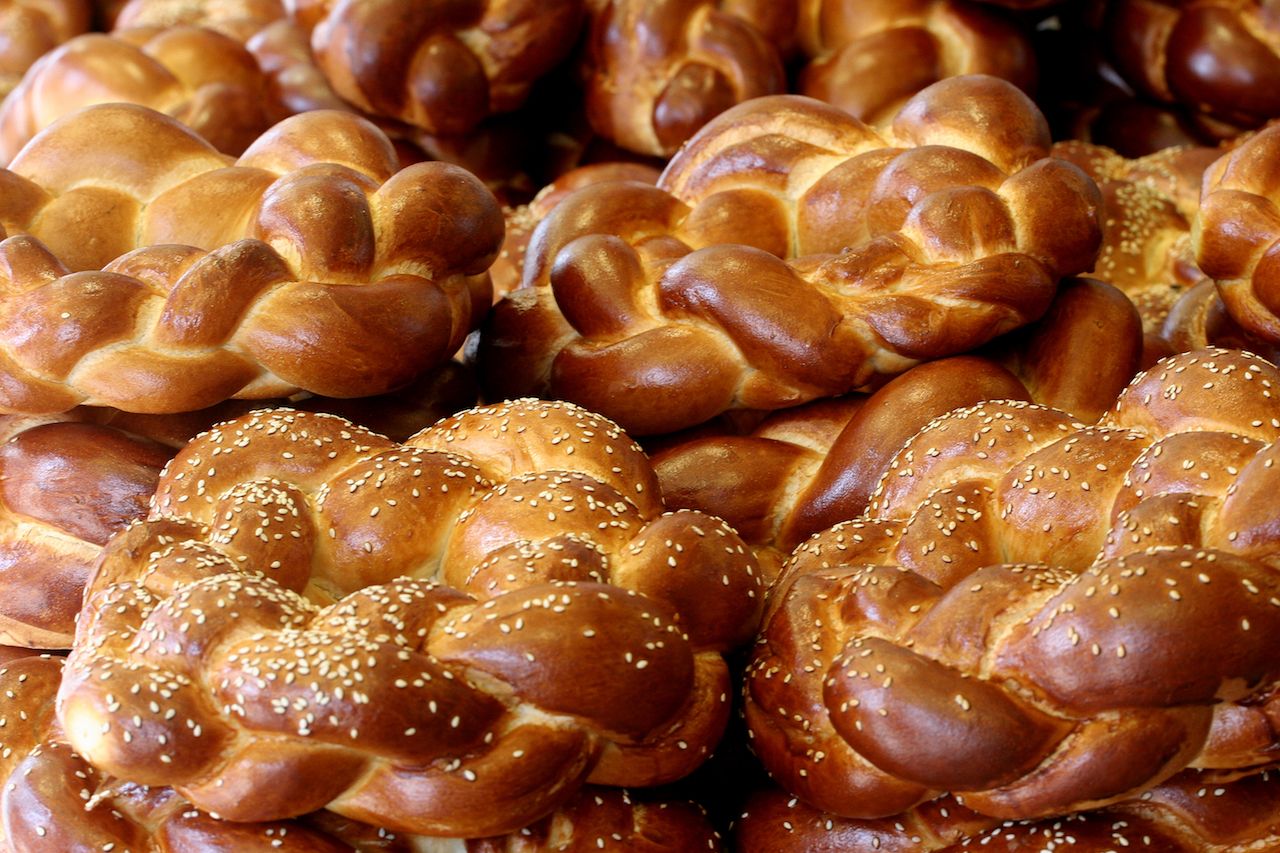 Challah, which means ‘loaf of bread’, is a Jewish bread that is baked and consumed on special occasions such as Passover and during Sabbath. It comes in various sizes and shapes; on Sabbath, it is braided, and on Jewish New Year, it’s round. Originally developed in the 15th century from German bread, it remains a popular food amongst Jewish communities today. 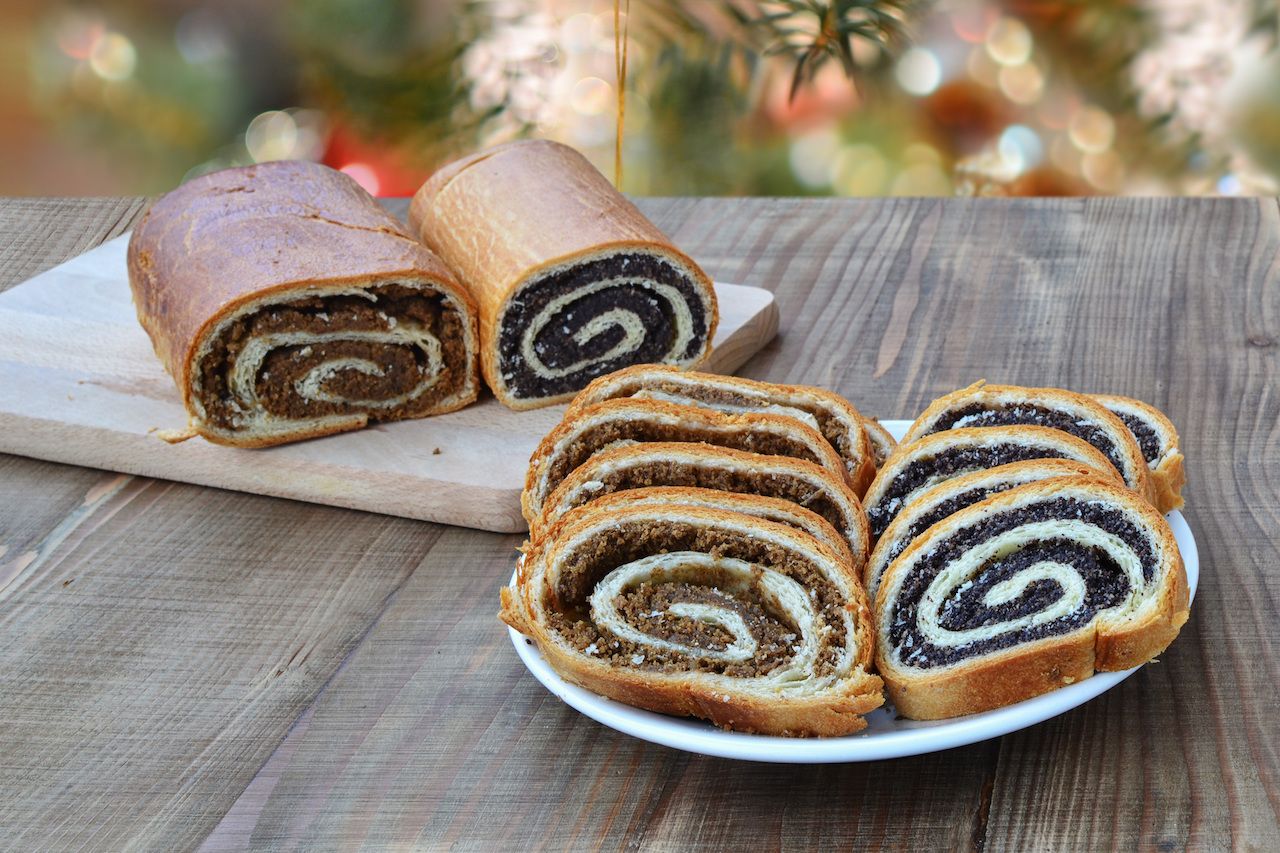 While no one about the origins of this recipe, it appeared in the mid-19th century and has had a presence at Hungarian tables at Christmas ever since. Beigli is a German-Yiddish word meaning ‘horseshoe’. This bread is a rolled-up loaf usually filled with walnut or poppy seeds, but more modern fillings include chestnut puree or Nutella. Also known to be part of wedding and Easter celebrations, Beigli has a crackled, hard exterior which hides a deliciously moist, marbled filling. 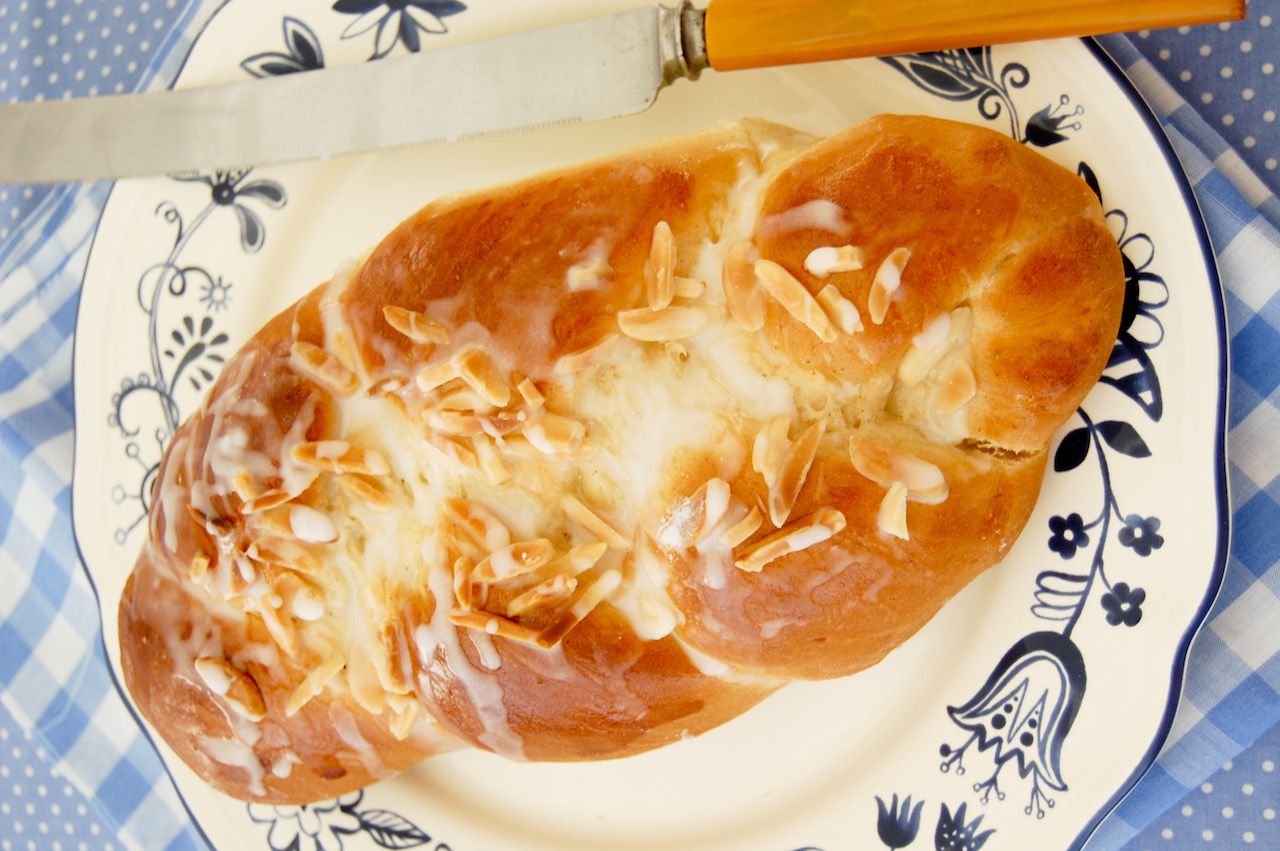 If you’ve got three hours to spare, why not dedicate it to baking a pulla, the traditional Finnish cardamom loaf? The effort is sure to leave your house smelling beautifully of baking bread, and you can spice it up by adding walnuts, raisins, and a delicious vanilla icing. Braided versions of pulla (called pitko) are typically served in thin slices with coffee, and their popularity has even spread as far as Michigan, US and Northern Ontario, Canada, areas with large Finnish populations. 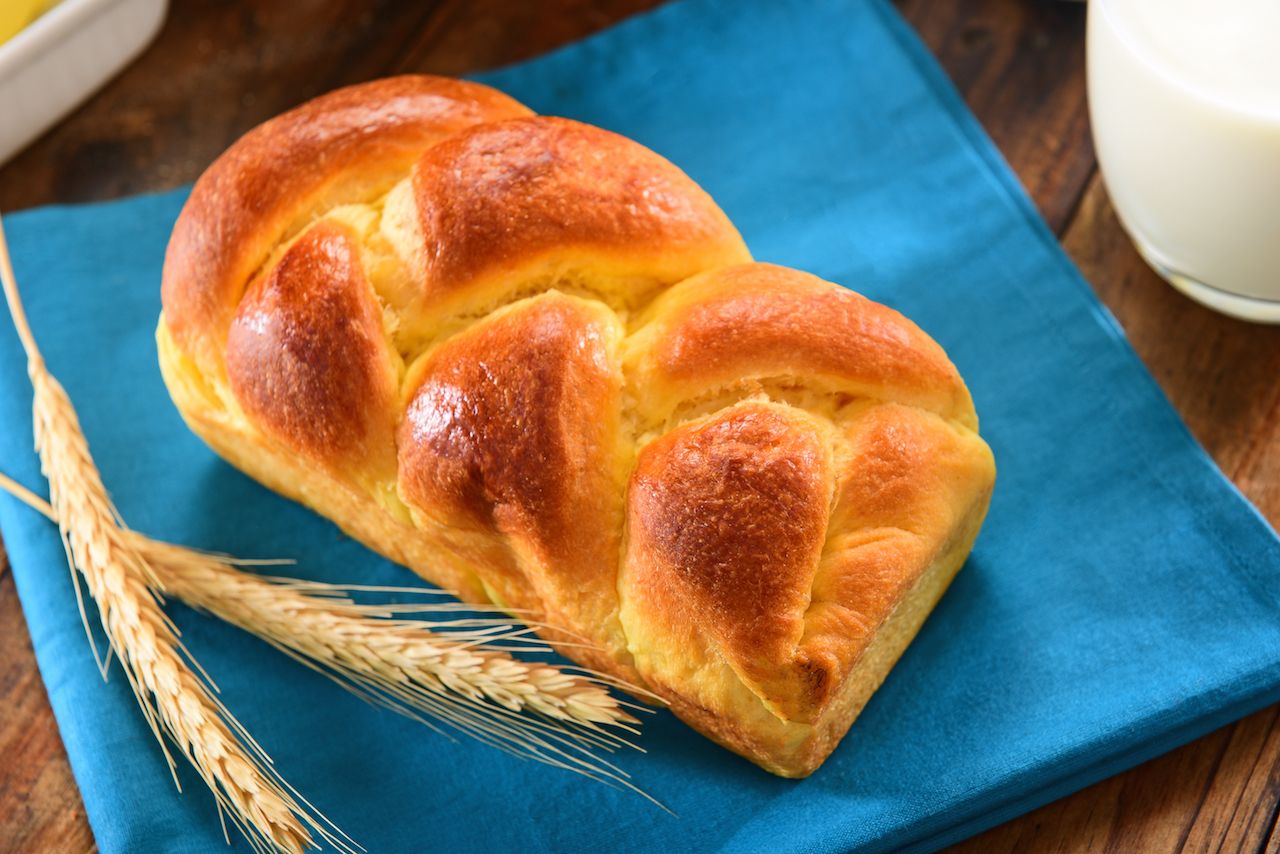 You didn’t think we would create a list without any French bread, did you? We left the best for last. Brioche is a buttery, luxurious French bread, historically associated with the rich upper class of French society. The first mention of the world brioche occurred in the 15th century, and its excess consumption is the cause of many My Fitness Pal calorie-count blowouts worldwide. Given its sugar-laden contents, it’s basically considered a pastry, but it’s one you can still get away with eating for breakfast. Go on. You know you want to.

DessertWhy Scandinavia Is the Most Underrated Destination for Pastry Lovers
Tagged
Food + Drink
What did you think of this story?
Meh
Good
Awesome