In recent years, there has been a rising popularity of all things Nordic. We have begun to appreciate the simple, minimalistic, and useful design of Scandinavian aesthetic and lifestyle, and their pastries are no exception. Unlike French pastries which are famed for an overload of sugar, butter, and frilly decorations, Nordic pastries are utilitarian and simple in nature without a compromise of quality and taste.

Following the Swedish notion of Lagom — “not too much, not too little, everything in balance,” bakers from the Nordic region traditionally use a careful balance of spices and nuts to create what I believe is the perfect pastry. They appreciate the role cardamom, cinnamon, saffron, and vanilla can play in bringing out a subtle sweetness and kick when blended with sugar.

Throughout the region, these baked goods form an important part of local customs. In Sweden, Fika (to meet up for a cup of coffee and a piece of cake) is a time-honored tradition. The most common companion with coffee for Fika is cinnamon rolls. Fika is much more than just a coffee break; it’s a part of their lifestyle, a legitimate excuse to set aside some quality time and appreciate the little joys of life. Similarly, in Finland, there is Kakkukahvi which means coffee and cake. Kakkukahvi is again a social activity and no doubt brings a touch of warmth in the freezing weather.

If you aren’t quite convinced that Scandinavian pastries are the best in Europe, here is a list of some of their delicious treats. We’ve also added some from the other nearby Nordic countries, Iceland and Finland, as their bakers should be celebrated. 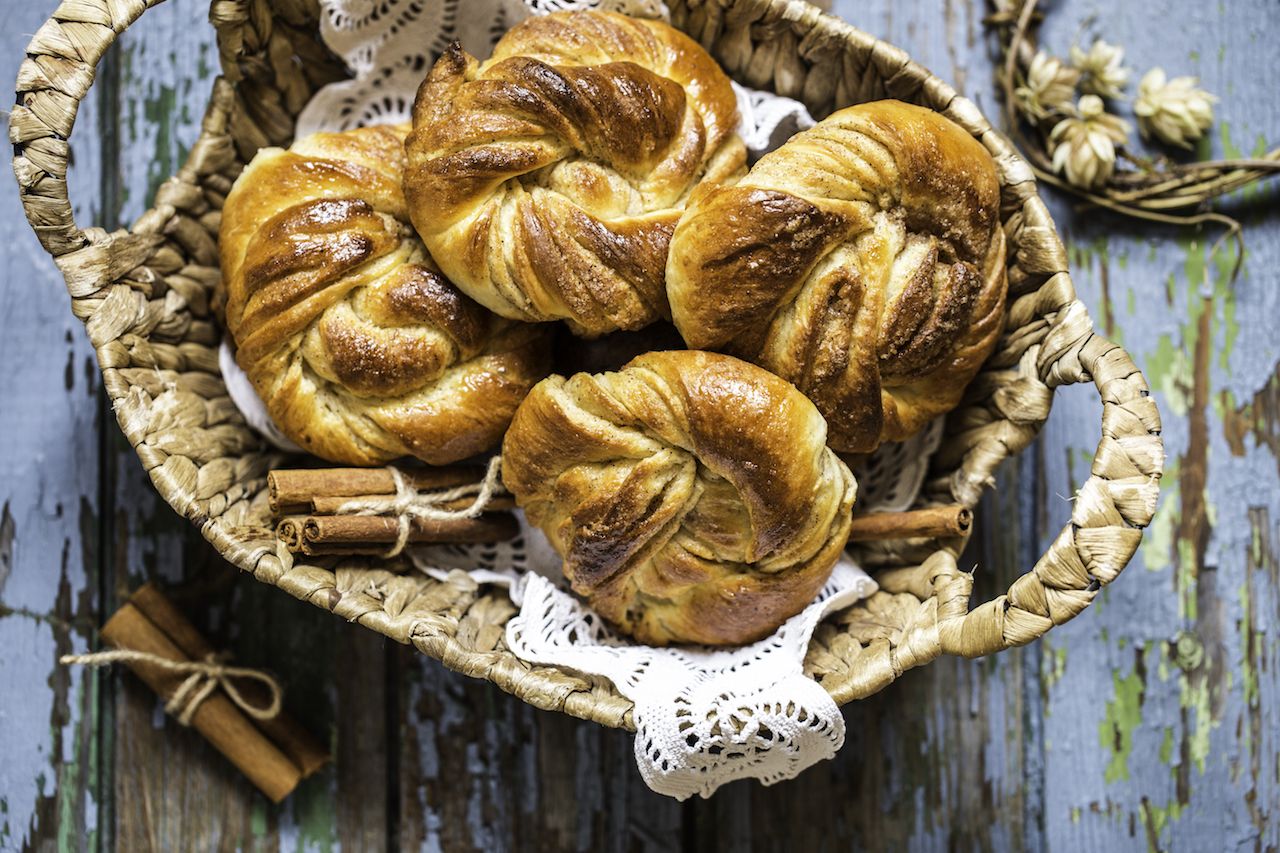 Sweden is the birthplace of the cinnamon roll. If you visit a Swedish household, you will most likely be greeted with coffee and some kanelbullar. Sweden’s love for cinnamon buns is so profound that there is an annual holiday in its honor. Every year, on the 4th of October, the Swedish celebrate Cinnamon Bun Day where bakeries and restaurants all over the country proudly display their spiced cinnamon rolls. The kanelsnegle is the Danish version of the cinnamon roll but no matter what you call it, it’s unbelievably delicious.

The cinnamon bun is traditionally much less sticky and sweet than the popular American version. Another key feature is the dough which is spiced with cardamom. Oven baked and topped with grains of pearl sugar, the kanelbullar or kanelsnegle is a classic that perfectly defines Scandinavian simplicity. 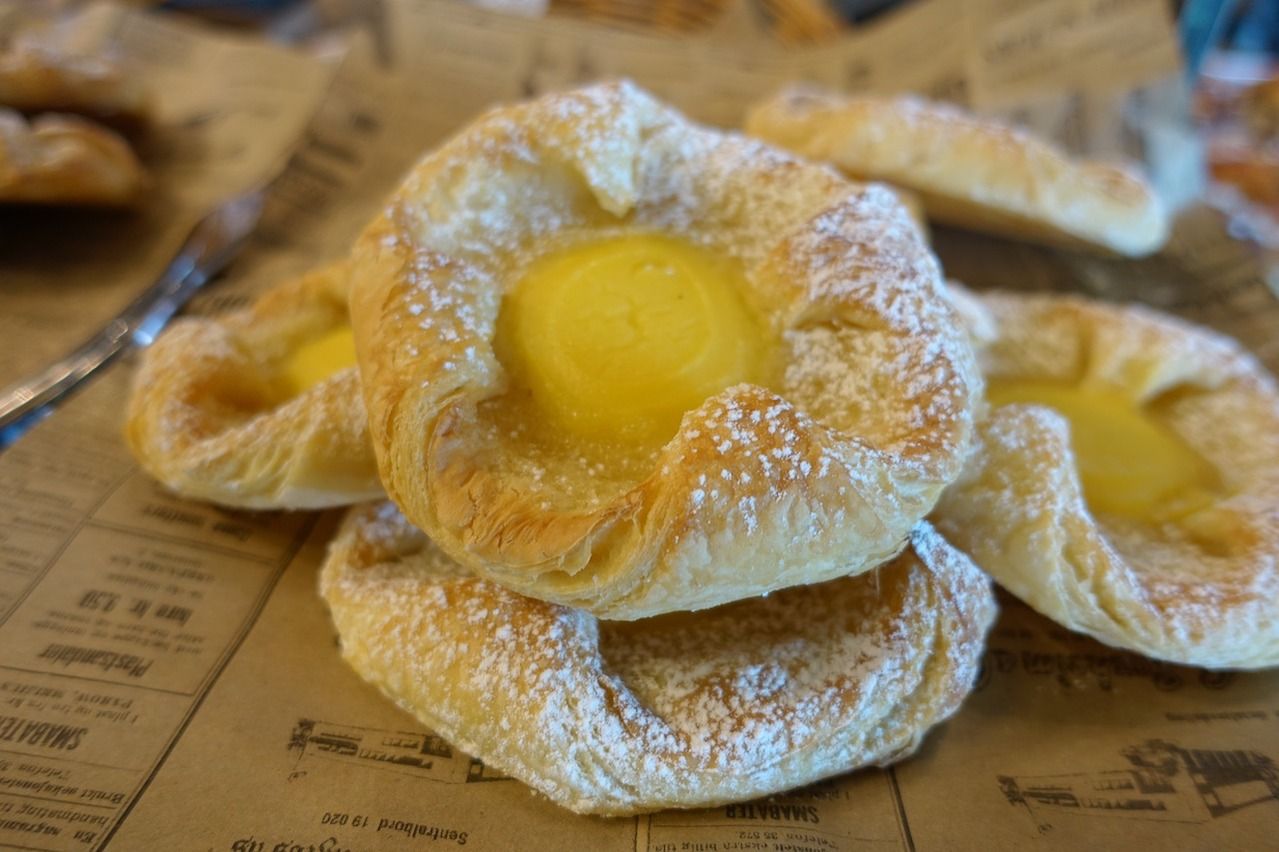 Popularly known around the world as a Danish Pastry, or simply a Danish, the spandauer, as it’s named in Denmark, is one of Scandinavia’s most iconic treats. The spandauer is a crisp, fluffy and flaky pastry with a soft center of Danish almond paste and a choice of custard, raspberry or apricot jam. It’s sprinkled with almonds and white icing, making it a delightful sweet snack for breakfast or an afternoon tea.

If you enjoy cinnamon, then butterkaka should be your first choice of pastry. Butter means grumpy in Swedish and kaka means cookie or cake, but this cake is highly unlikely to make you grumpy. The name butterkaka is actually a mix of the English word butter and the Swedish word kaka and hence would directly translate into butter cake. The cake made of a cluster of cinnamon buns and is filled with a sweet almond paste and vanilla (often infused with orange) custard. 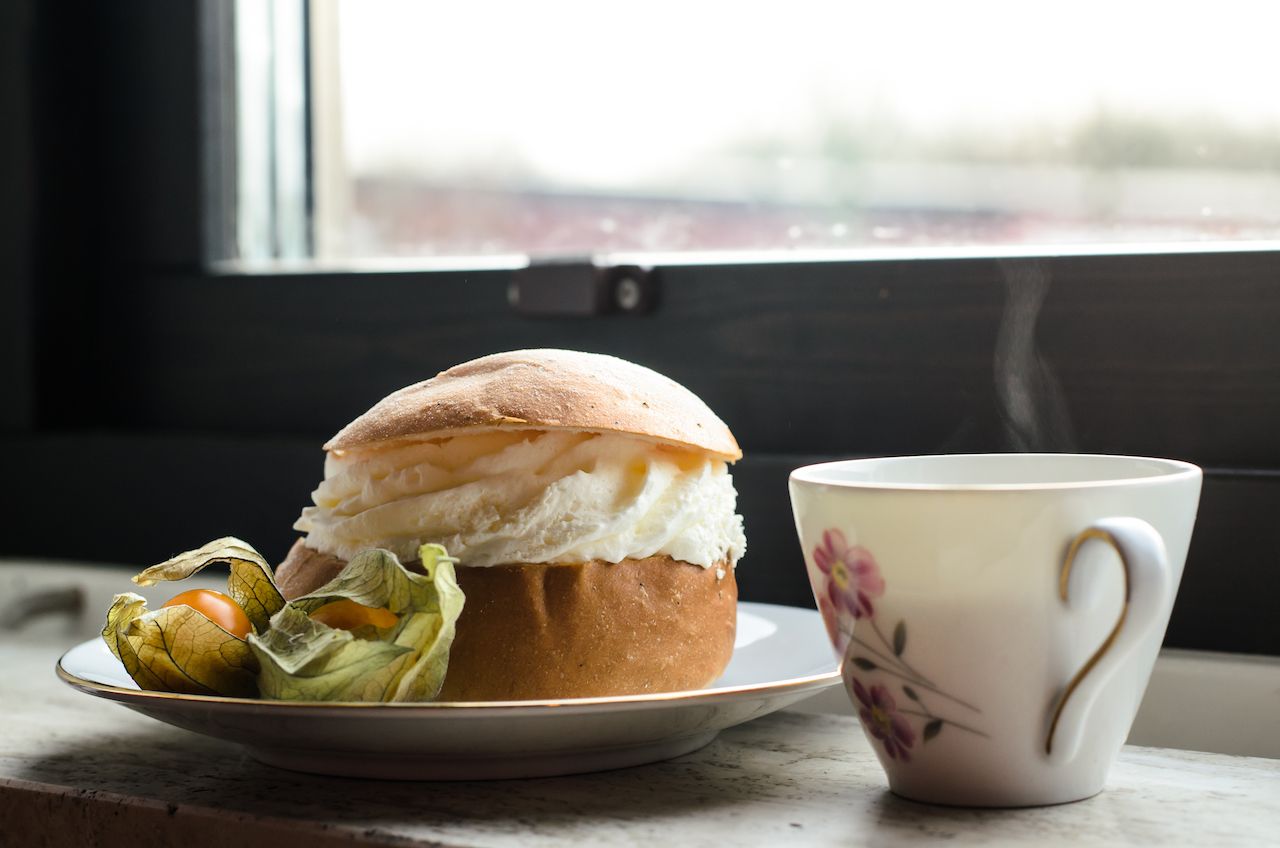 Semla (singular) or semlor (plural) is Sweden’s version of a guilty pleasure dessert. These are cardamom-flavored buns from which a delicious almond paste oozes out to meet the vanilla whipped cream. Traditionally, it was consumed the day before Lent, the Semlor has now become a daily favorite of the locals and tourists alike.

In other Nordic countries, kleinur, also known as klenät, klena, klejne, kleina, kleyna, and fattigmann, are commonly served as a Christmas treat. But in Iceland, it is so popular that you can pretty much find it all year round. Kleinurs are slightly sweetened doughnuts with a hint of cardamom and nutmeg, which are then fried and dusted with cinnamon sugar. They come in an interesting twisted shape and almost always can be found on the coffee tables of Icelandic homes. 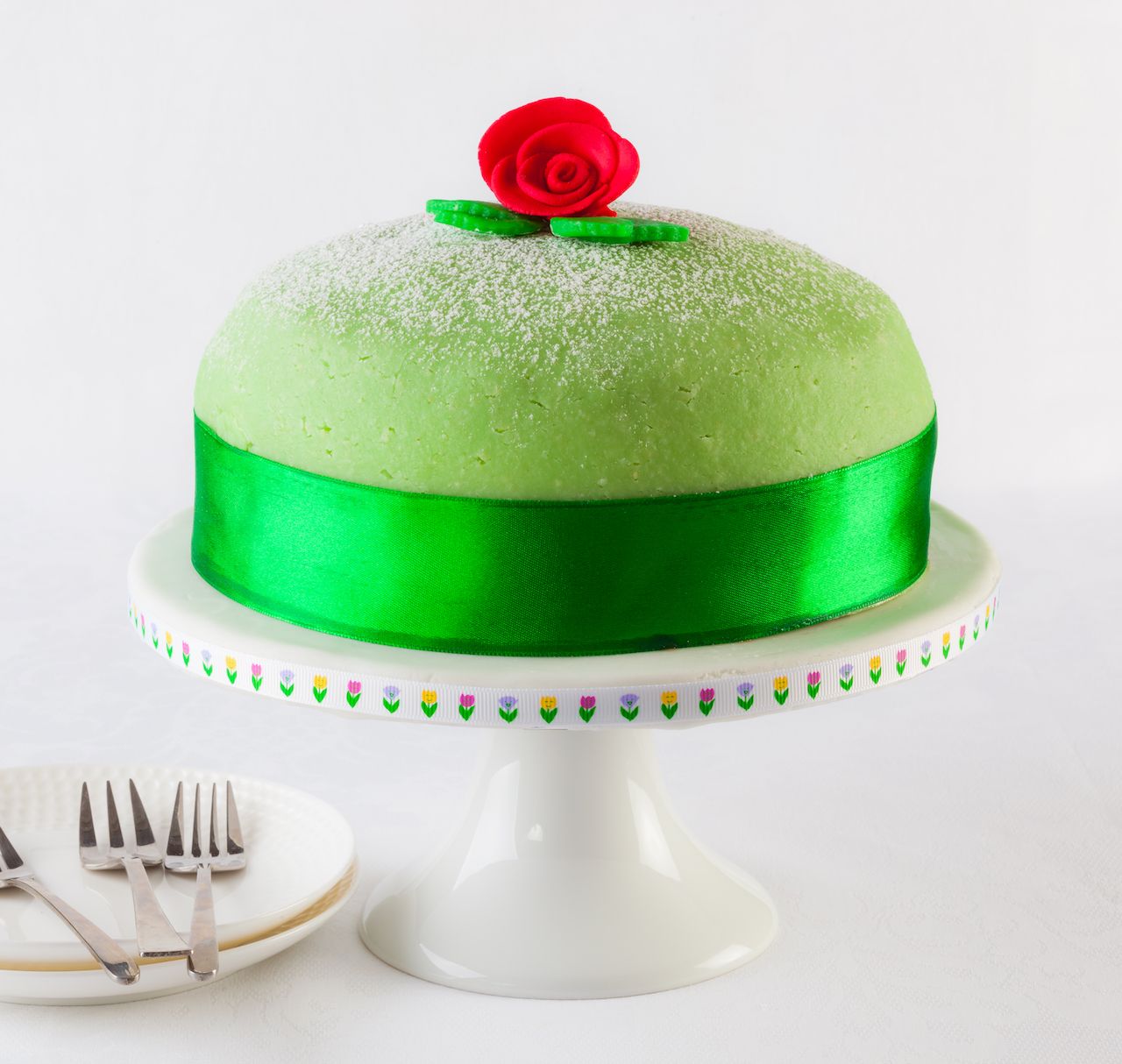 A national pride of Sweden, the princess cake was named due to its popularity with the princesses. What makes this multi-layered sponge cake special is the green top layer of marzipan. Inside you’ll find vanilla custard, raspberry jam, and a thick layer of whipped cream, making it the perfect cake for birthdays or any other special occasions. A beauty inside out, the princess cake is so pretty you will almost not want to eat it. 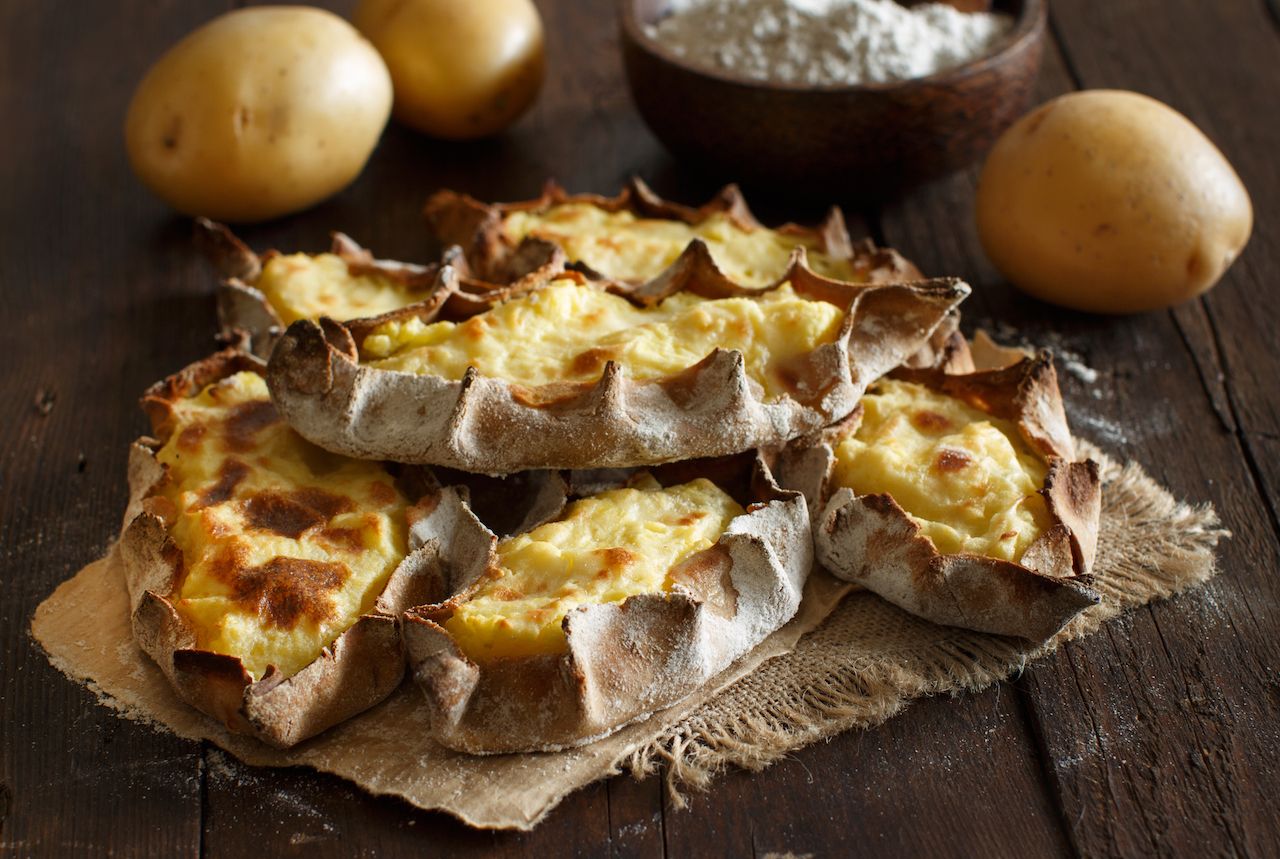 Karelian Pirogues are popular savory pastries, originally from Karelia, Finland. It is a very simple pastry of rye dough filled with rice pudding. In earlier days, the filling was made from either barley porridge or mashed turnip, but today, rice pudding is a common choice. Preparing this is not an easy task. After rolling the dough very thin, the filling is added after which the pastry is folded into pleats. After baking, melted butter is brushed on the top to add extra flavor and to soften the texture.

A specialty of the Småland and Hälsingland regions, Ostkaka is made from bitter almonds and is lighter than the typical American-style cheesecake. It is commonly served with berry jams like blueberry, cloudberry, or lingonberry (native to Sweden). To enjoy the delicate flavors of Ostkaka, it is eaten lukewarm, rather than cold. 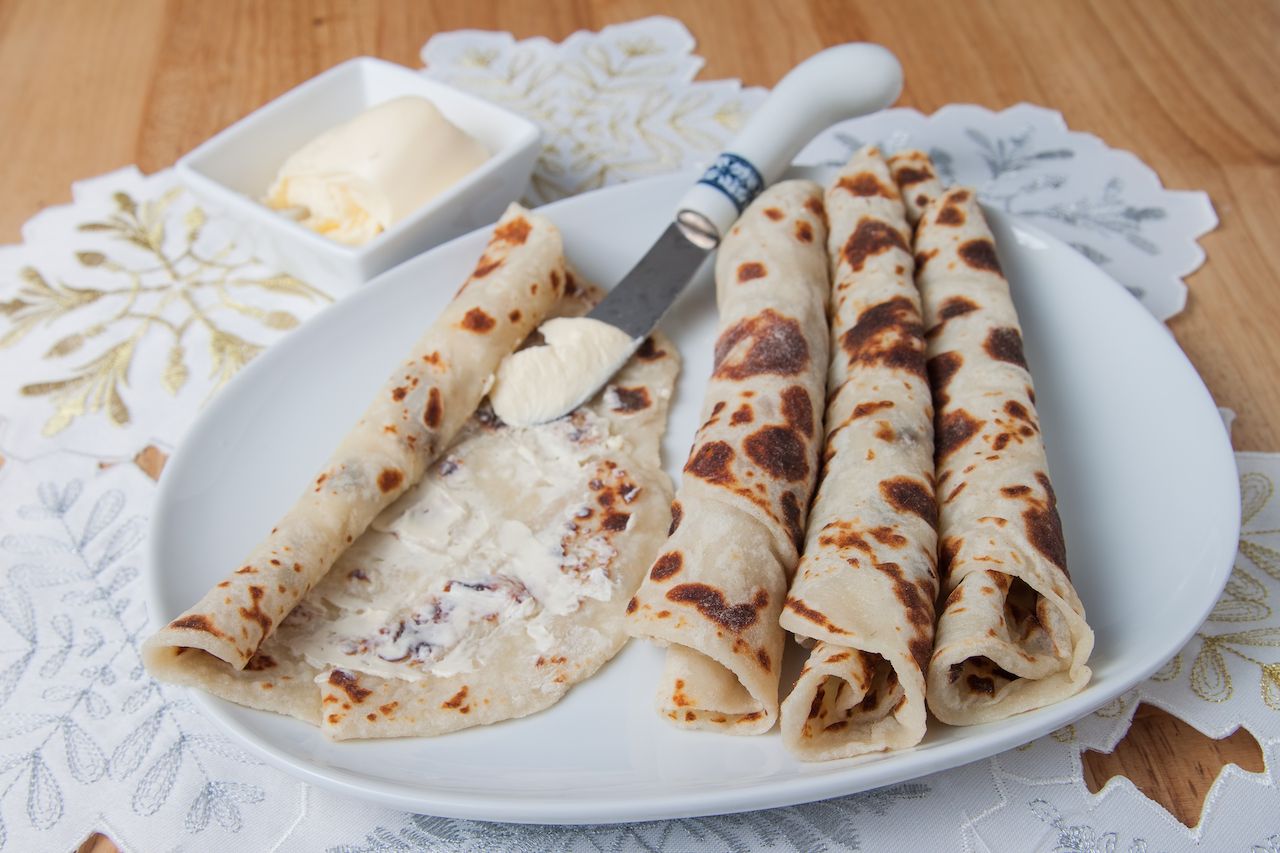 There is much folklore about the origin of Lefse, some tracing it back to the time of Vikings, over 250 years ago. A mix between a pancake and a flatbread, Lefse is a popular traditional dish in Norway. It is made from potato, flour, egg, butter, and sugar. It is often served savoury with lutefisk (aged stockfish or dried, salted whitefish), another Norwegian delicacy. 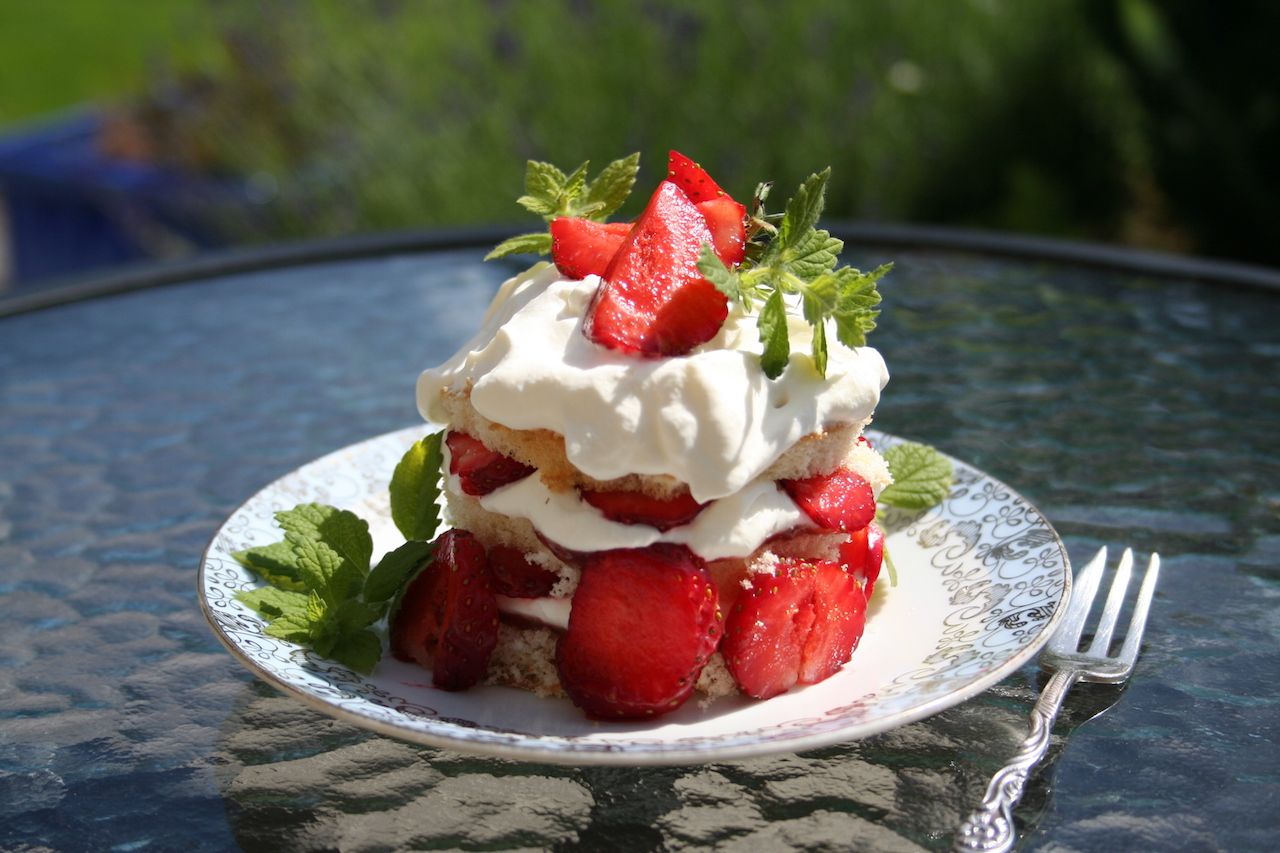 A celebration of summer, Jordgubbstårta is a Swedish cake made of freshly picked strawberries and is filled with huge amount of custard and cream and decorated with more strawberries. This cake is the ideal end to a light meal in the countryside, which is where most locals celebrate midsummer. 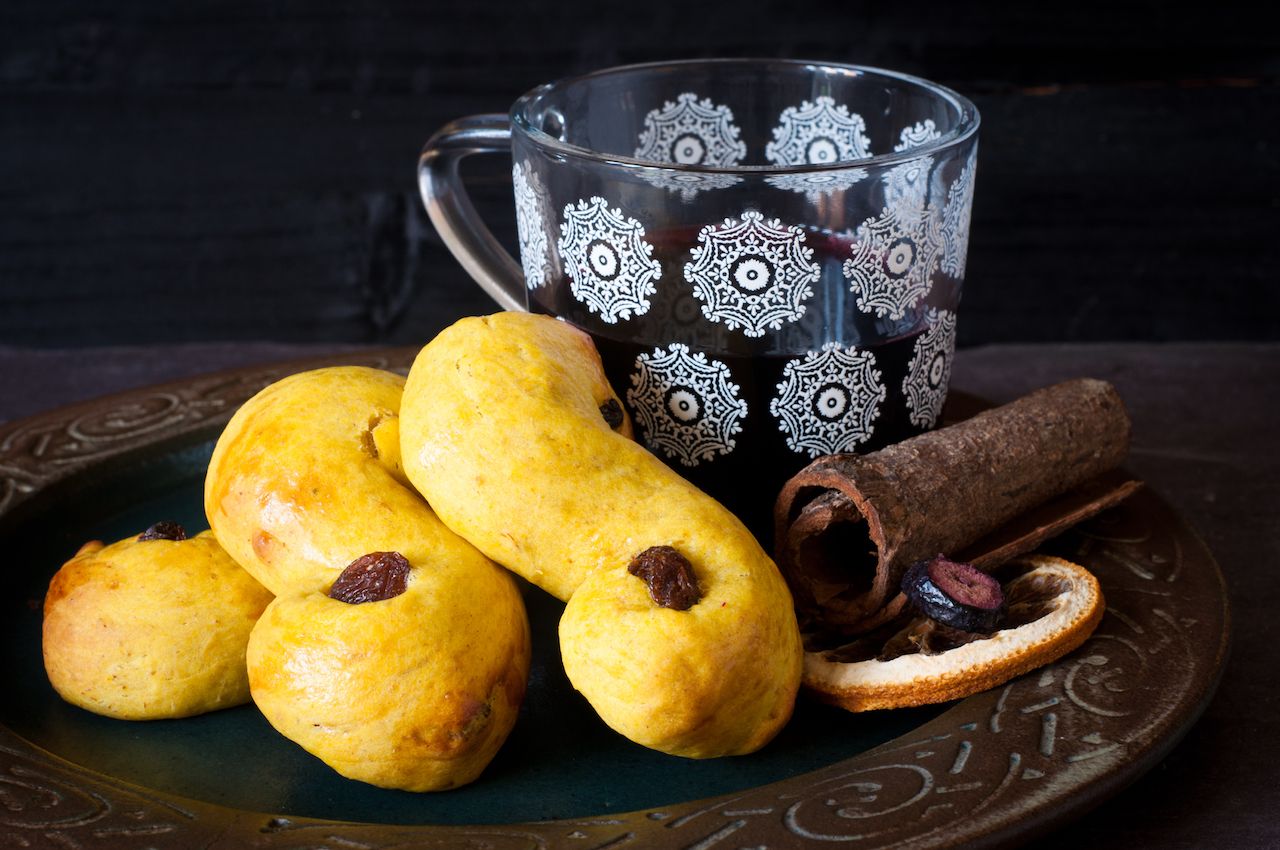 On the 13th of December, Sweden celebrates St. Lucia Day, a festival of light. The key ingredient of lussebullar is saffron which gives them their rich egg yolk yellow color. They are also decorated with a raisin or two. In a country with long, dark winters, the St. Lucia buns are a symbol of light, joy, and hope. 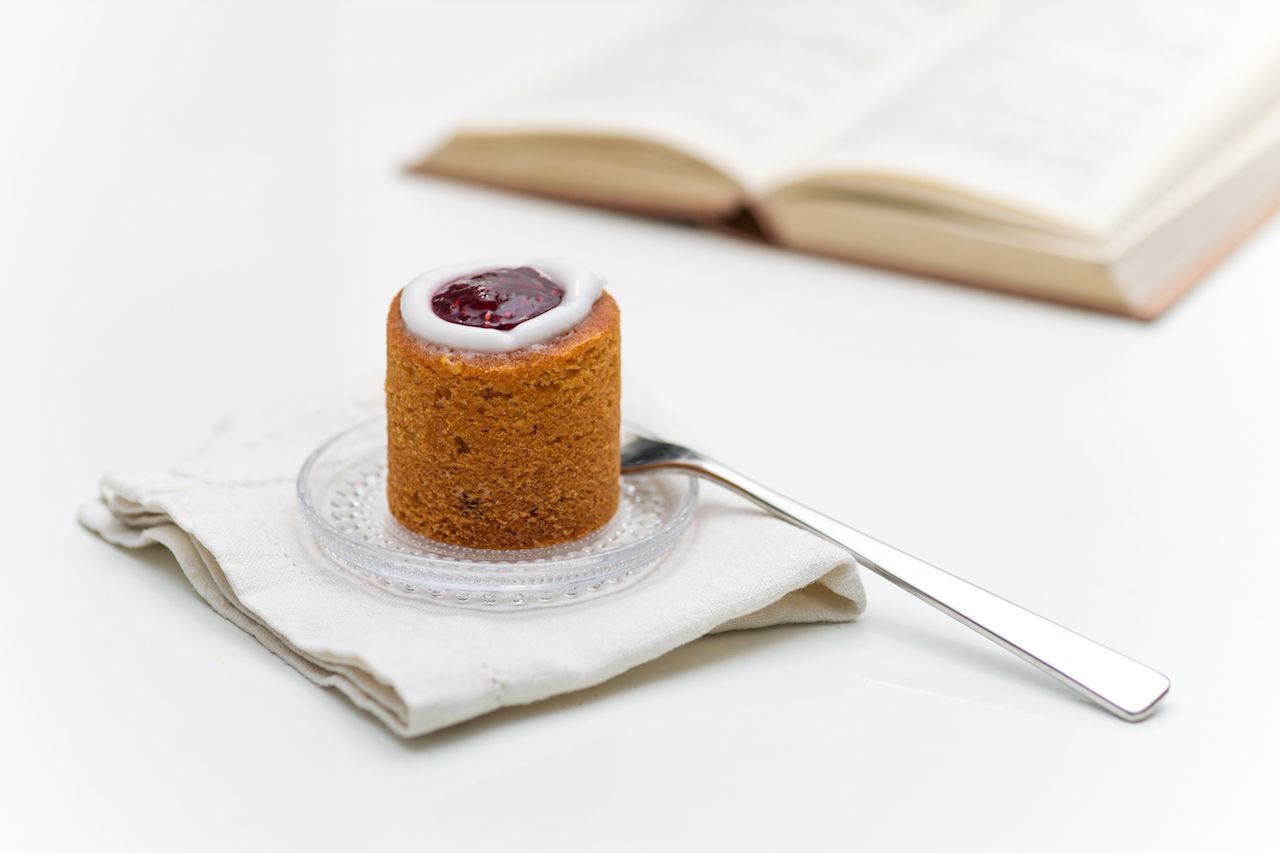 Named after Finland’s national poet, Johan Ludvig Runeberg, who was said to be extremely fond of this cake, Runeberg tortes are filled with almond and arrack or rum. It is topped with a gracious portion of raspberry jam and white sugar icing. These cylindrical delights are traditionally consumed on the 5th of February to commemorate Runeberg’s birthday, as it is rumored that his wife invented the cake.

Kärleksmums, commonly known in English as “love treats” or “love yums,” are for the chocolate and coffee lovers. Kärleksmums are a light and fluffy brownie with a rich coffee-chocolate ganache topped with unsweetened coconut. Widely popular across the Nordic region, these soft, moist cakes accompanied by the indulgent chocolate frosting makes it a perfect option for Fika.

Where to find the best pastries in the Nordic region?

In Gothenburg, look for the following cafes: Konditori Brogyllen, Da Matteo, and Alkemisten. In Stockholm, some of the favorites are Snickarbacken, Gast, Kaffeverket, Fotografiska museet, and Bageri Petrus. Another authentic place to enjoy Fika is Borgmästargården in Falkenberg on Sweden’s southwest coast.

In Oslo, visit Godt Brød Grünerløkka, Åpent bakeri, Norð Brenneri og Bakeri and Baker Hansen. If you are in Bergen, try Baker Brun, Godt Brød, and Blom. If you get a chance to visit Lom, you won’t regret going to Bakeriet i Lom.

Dessert7 Delicious Pastries Worth Traveling To France For
Tagged
Dessert Food + Drink
What did you think of this story?
Meh
Good
Awesome