Vanilla is in our cupcakes, birthday cakes, and ice cream cones. It is sweetness personified, the taste of freshly baked chocolate chip cookies after dinner and licking frosting straight off the spatula. A little bottle of vanilla extract is a staple in pantries across America, and there is hardly a home baker in the country that questions where it came from when they pour a teaspoon into batter or dough. If they wonder, “Where does vanilla flavor come from?”, they most likely aren’t thinking about beaver glands. And yet these forest-dwelling, dam-building furry little creatures once played a central role in the production of artificial vanilla extract.

What beavers have to do with vanilla extract 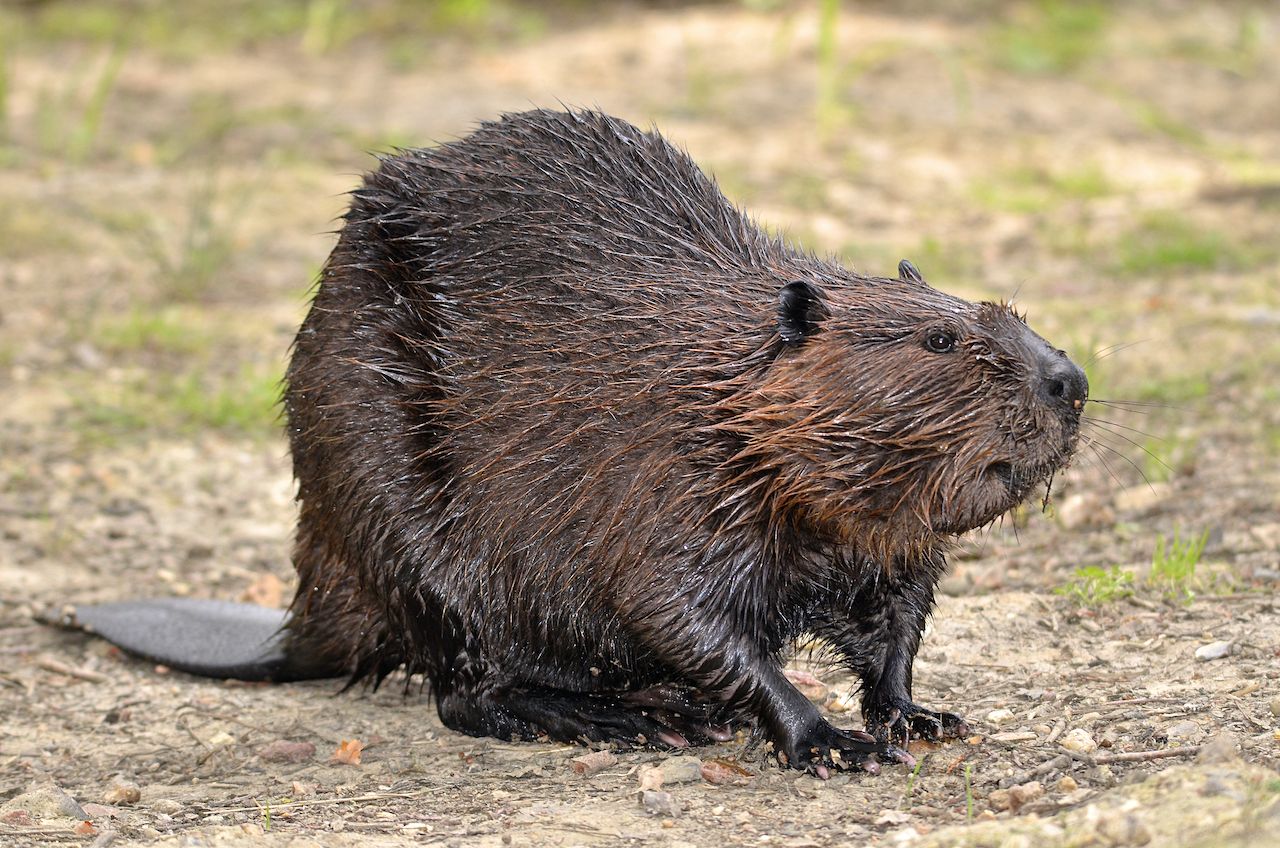 Beavers have sweet-smelling butts. The castor gland, located underneath the beaver’s tail distressingly close to the anus, produces a slimy brown substance called castoreum. In nature, beavers use castoreum to mark their territory. Thanks to a diet of tree bark, the goo has a musky fragrance similar to natural vanilla.

The properties of castoreum have made it a popular additive in perfumes and to enhance vanilla, strawberry, and raspberry flavors in foods like ice cream and yogurt. Don’t rush into your kitchen and purge all your vanilla extract from your cabinets or toss your vanilla ice cream from the freezer, though. Castoreum is rarely used to flavor food anymore, and even if it were, the FDA has ruled that it poses no health risk.

The biggest challenge to processing castoreum for use in food is that it’s challenging to harvest, as you might imagine. According to National Geographic, the process is complex and invasive. First the beaver must be anesthetized and the castor gland “milked” to produce the secretion. The entire experience sounds unappetizing (would you really want to use castoreum on your food after witnessing where it comes from?) and uncomfortable, for the beaver in particular.

Since at least 2013, only 300 pounds of castoreum have been produced annually. Going farther back, in 2011, one vegetarian non-profit asked five companies that produce natural and artificial vanilla if they used castoreum in their products. “All five unanimously stated that castoreum is not used today in any form of vanilla sold for human food use” and that it’s more common use is in fragrances. Any pearl-clutching articles you may have run across spreading panic that there’s beaver butt oil in your food are greatly exaggerated.

“It’s really gone out style,” Bryan Quoc Le, a food scientist at the University of Wisconsin-Madison, tells me. “The cost is prohibitive.”

Today, there’s no reason to believe that the artificial vanilla extract you bought at the grocery store contains castoreum. But even if you have an ancient bottle of vanilla extract hiding in the back of your cabinets or a frostbitten tub of vanilla ice cream you never bothered to throw away, Le says there’s no guarantee that the ingredient label would specify that it contains castoreum. Because the secretion is an animal product, it could fall under the “natural flavoring” label.

“That’s the trick that flavor companies use to hide the origins,” he says.

How artificial vanilla extract is actually made 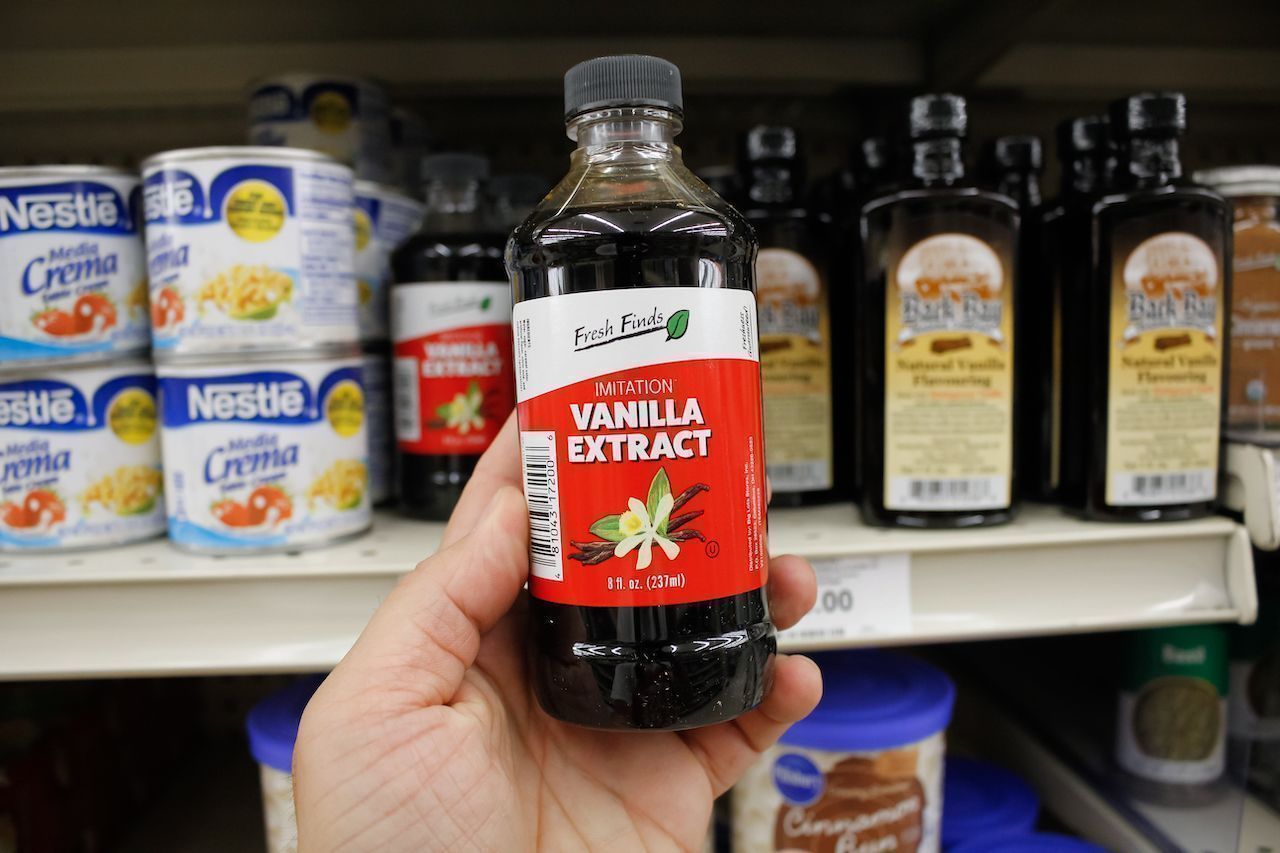 According to Le, it’s much more likely that artificial vanilla is made by refining petrochemicals. Typically, two chemicals are combined to create vanillylmandelic acid, which, when it reacts to oxygen, produces synthetic vanillin, the main ingredient in imitation vanilla. About 85 percent of the world’s synthetic vanillin, or 18,000 metric tons every year, is produced this way, writes Le.

“You can also produce vanilla from fungi, like yeast,” Le says. “You can genetically engineer the yeast to basically transform sugar into vanilla flavor. Because it comes from an organism, under federal regulations, you can call it natural flavoring.”

Vanilla extract made from yeast or fungi won’t appear in the baking aisle. Instead, it’s used to flavor foods like ice cream.

Where natural vanilla comes from 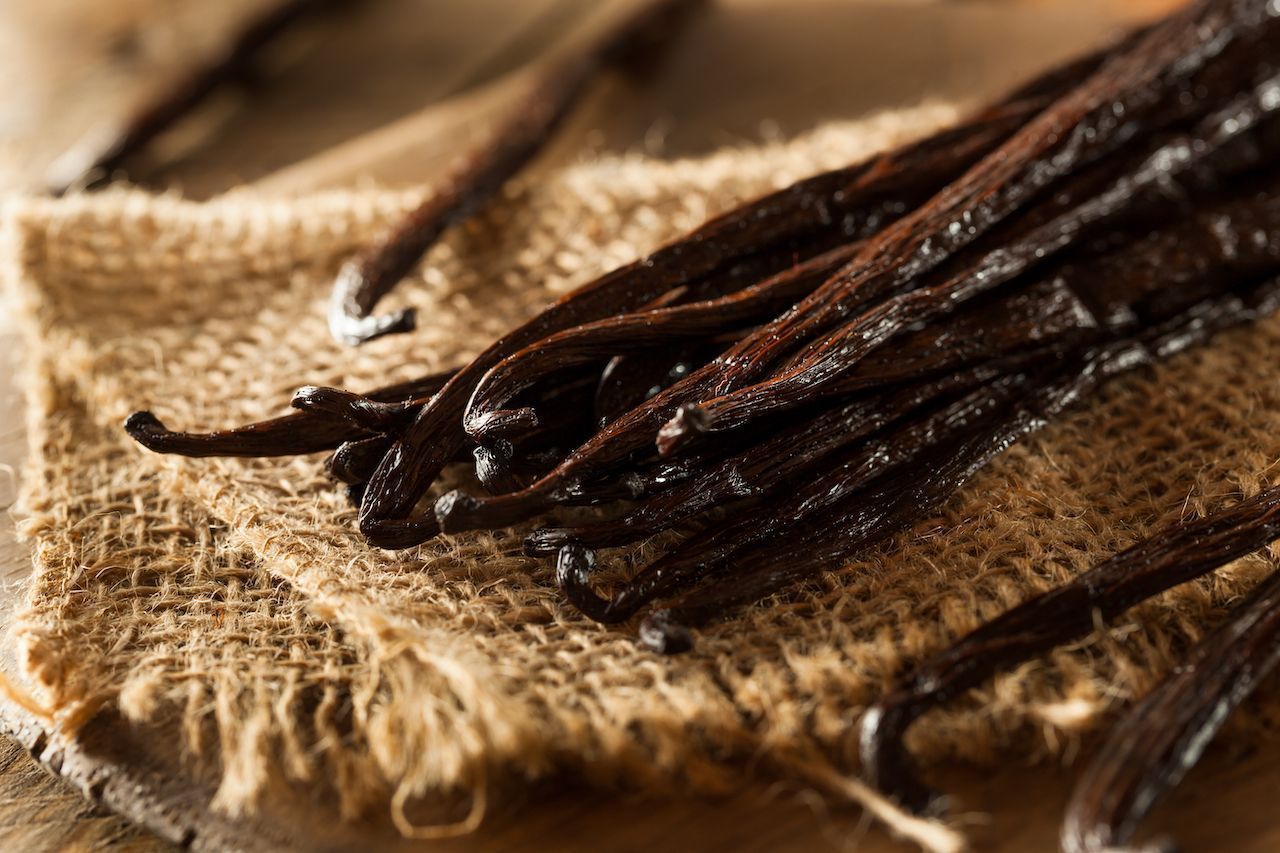 Natural vanilla extract can be found at the grocery store and will likely be labeled with the country from which it was sourced, but it tends to cost more (some bottles run for as much as $22). Natural vanilla extract comes from the vanilla orchid, which, when pollinated, produces a pod containing vanilla beans. Cured and fermented beans are ground up and soaked in alcohol and water to create the liquid extract you find at the grocery store.

According to Le, Madagascar and Indonesia produce the majority of the world’s vanilla, a combined 6,000 metric tons every year. However, natural vanilla also comes from Mexico, China, and Tahiti.

You might also notice that some companies, like McCormick, use labels like “pure vanilla extract.” This term signifies that the vanilla extract in the bottle is natural, but it’s likely a mixture of vanilla from different sources. Single source natural vanilla extract will always be labeled with its country of origin.

Natural vanilla extract from a country like Madagascar is the highest quality. The aromatic, sweet, and musky flavor is creamy and complex. It’s great for desserts like ice cream or cupcake frosting, in which the vanilla flavor will stand out. For a hint of that creamy sweetness in a dessert-like chocolate chip cookies, which has more flavors to balance out the vanilla, artificial extract is suitable.

The bottom line is, although castoreum’s origins make it seem mysterious and even titillating, in terms of flavor, absolutely nothing is lost by adding a dash of chemically engineered artificial vanilla extract. But if you’re really that curious about what beaver secretions taste like in your baked goods, you can find vials of castoreum on Etsy.

Food + DrinkThe Surprisingly Dark History of Kefir, the Fermented Milk Beverage of the Caucasus
Tagged
Dessert
What did you think of this story?
Meh
Good
Awesome